The Queen, the Prince of Wales and the Duke of Cambridge have ordered their teams to find a “workable solution” over the future role of the Duke and Duchess of Sussex within the royal family.A Buckingham Palace source said the senior royals…

The Queen, the Prince of Wales and the Duke of Cambridge have ordered their teams to find a “workable solution” over the future role of the Duke and Duchess of Sussex within the royal family.

A Buckingham Palace source said the senior royals have asked aides to work “at pace” with governments and The Sussex Household and an outcome was expected to take “days, not weeks”.

It comes after Harry and Meghan released a bombshell statement on Wednesday saying they would be “stepping back” as senior royals.

The Queen and other members of the family were said to be left “hurt” by Harry and Meghan’s decision to issue a personal statement, which outlined their future lives as financially independent royals who will divide their time between the UK and North America.

The PA news agency understands the royal family will talk to multiple governments which suggests US and Canadian officials may be involved.

If they were to meet in person, the royals seem to have the next five days free of any public engagements.

The Duke of Cambridge is due to be in Yorkshire for a number of appearances next Wednesday, alongside the Duchess of Cambridge.

Meanwhile, Harry is not expected to be seen in public again until next Thursday, when he will do the draw for the Rugby League World Cup in 2021. 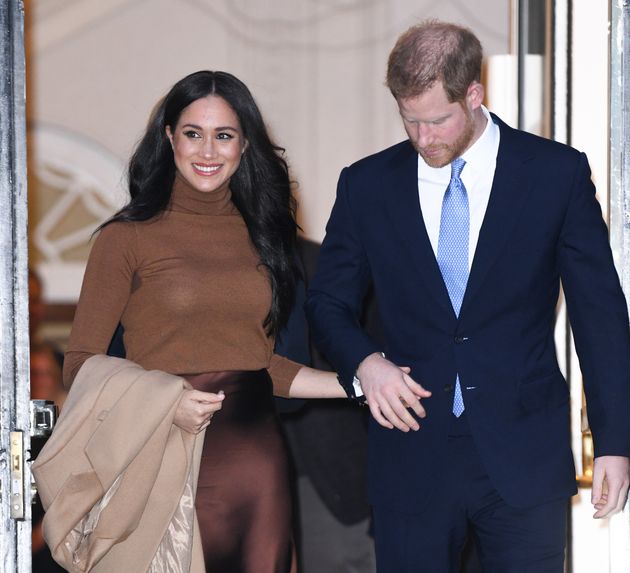 Given the Queen’s timetable of “days” it is likely they will want any talks concluded before the Prince of Wales travels to Israel and the Occupied Palestinian Territories at the end of the month, to mark the 75th anniversary of the liberation of the former Nazi concentration camp, Auschwitz-Birkenau.

It appears the head of state tried to forestall any announcements after her grandson asked to meet at her private Sandringham estate, the Evening Standard newspaper reported, only to be “ignored” by the couple.

The latest developments reveal the divisions within the heart of the British monarchy which has already been rocked by the Duke of York’s disastrous television interview about his relationship with convicted sex offender Jeffrey Epstein.

Harry and Meghan went ahead and released their personal statement on Wednesday evening which was a “bolt from the blue” for Buckingham Palace, sources told PA.

The statement – and a new official Sussexroyal.com website – have thrown up important questions about funding for the couple’s round-the-clock security, media access to their royal events and how they will pay for their future lifestyles.

The Duke and Duchess, who have only recently returned from a six-week stay in Canada with eight-month-old son Archie, said in their statement: “After many months of reflection and internal discussions, we have chosen to make a transition this year in starting to carve out a progressive new role within this institution.

“We intend to step back as ‘senior’ members of the royal family and work to become financially independent, while continuing to fully support Her Majesty the Queen.”

Meghan received a public boost from her close friend Jessica Mulroney, a Canadian stylist and TV star, who posted a quote attributed to Gina Carey, which said: “A strong woman looks a challenge in the eye and gives it a wink.”

But a series of commentators have strongly criticised their decision with public relations and crisis consultant Mark Borkowski saying about the Sussexes “It does feel like a royal couple in exile”.

It is already known the Queen, Prince of Wales and other senior royals were not consulted about the content of the couple’s statement or knew it was to be issued.

But the Standard said Charles and the Duke of Cambridge only received it 10 minutes before it was released.

Over the festive period the newspaper stated Charles told his son to come up with a thought out plan for his wish to spend more time in Canada and America, and when he put forward a draft proposal was told time was needed to consider its implications, particularly funding.

The Queen agreed to Harry’s request to meet when he returned from Canada but the duke was told his grandmother would not discuss his proposals before he had talked them through with his father.

Despite the request not to make any announcements the Sussexes published their statement.

Buckingham Palace would not comment on the latest developments in the Harry and Meghan saga, but it is likely royal aides are organising the duke’s showdown meeting with his father and the Queen.

The Sussexes have outlined their future plans in their statement and it will be for royal household staff and aides to work together to make them a reality.