Since Prince Harry and Meghan Markle announced they were stepping back as working members of the royal family, people have speculated as to where they would live.While Madonna is busy offering up her NYC home to Meghan and Harry ― and Caitlyn Jenner sa… 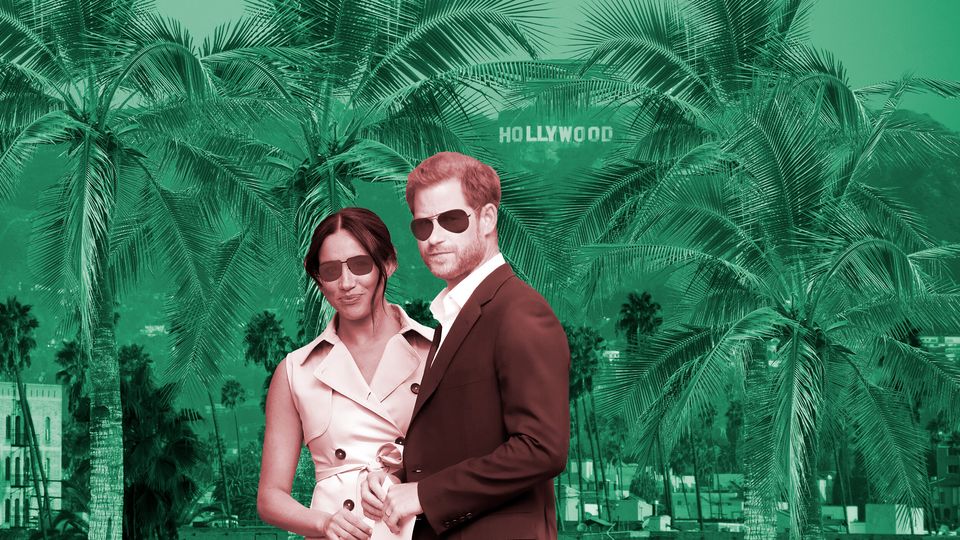 Since Prince Harry and Meghan Markle announced they were stepping back as working members of the royal family, people have speculated as to where they would live.

While Madonna is busy offering up her NYC home to Meghan and Harry ― and Caitlyn Jenner said last week that she heard the couple is looking at homes in Malibu ― People magazine is reporting that they are making the jump from Canada to Los Angeles for the summer, citing anonymous sources close to the Sussexes.

Meghan was born in LA, and her mother, Doria Ragland, also lives there. But as Meghan and Harry try to preserve their privacy, is the home of Hollywood and all things celebrity the right place for them?

The Sussexes, who announced that they are ending their relationship with the royal rota ― a group of photographers and reporters that follow the royals around ― continue to deal with privacy issues since stepping back as working members of the royal family.

After Meghan was photographed in a public park in Vancouver Island, the couple issued a warning to paparazzi allegedly camped out in front of their home using long-range lenses.

To find out if the couple’s chances of privacy will be better or worse with a move, HuffPost spoke with three experts: Lainey Lui, a Canadian television host and co-founder of LaineyGossip.com﻿; Anthony Dominic, a former TMZ senior news producer formerly based in LA, and London-based Nick Bullen, the co-founder and editor-in-chief of TrueRoyalty.tv, a video-on-demand service primarily centering on the British Royal Family. All three know the ins and outs of covering royal life, paparazzi behavior, and how celebrities can find privacy. 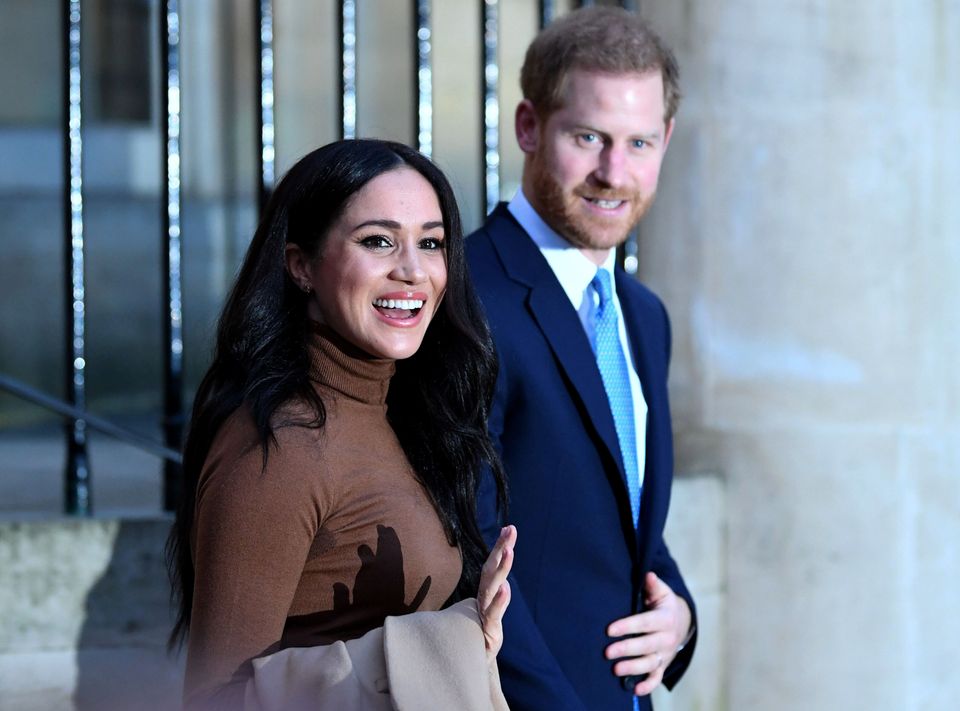 Are Meghan and Harry moving to Los Angeles?

While various outlets are reporting that the Sussexes are moving to Los Angeles (and Malibu specifically), Lui said by phone on Monday to take any news reported about Meghan and Harry with a “big grain of salt.”

However, she added that their living in America is “a stronger possibility now because, again, they are no longer working members of the Royal Family, which means they are not bound to commonwealth countries.”

During a phone conversation with Bullen on Wednesday, the producer said a source close to the couple told him the Sussexes will likely be setting up a “series of bases,” as opposed to just one home — much like their friends George and Amal Clooney, who have homes in LA, New York, Lake Como, Italy, and Berkshire, England.

“It may be that there’s an LA base, a Vancouver base, and obviously they’ve got Frogmore Cottage at Windsor, and then they have a small base in Africa,” Bullen said of Meghan and Harry.

Is LA the right place for Harry and Meghan if they want privacy?

Dominic said via email that if the couple really wants privacy from the press in LA ― where he used to work for TMZ ―  it’s “not the right place,” as the city “has more paparazzi than anywhere in the world and it’s a city built around all things celebrity.”

But Bullen and Lui both disagree and believe the couple could use that fact to their advantage since there is so much going on and so many celebrities call it home.

“You could hide in plain sight a little bit more in Hollywood and in LA,” Bullen said.

Lui, who is Canadian, said that while it was exciting to have the couple on Vancouver Island, they put a bit more of a target on their backs when they stayed in British Columbia because it’s not exactly a massive celebrity hotspot.

“It’s not common to see celebrities walking around. So when they ended up there and the world found out about it, they became a heat score,” she said. “You stand out. And so, the paparazzi knew exactly where they were staying on Vancouver Island. They knew where there were nearby hiking trails. So there weren’t a lot of places for them to hide.” 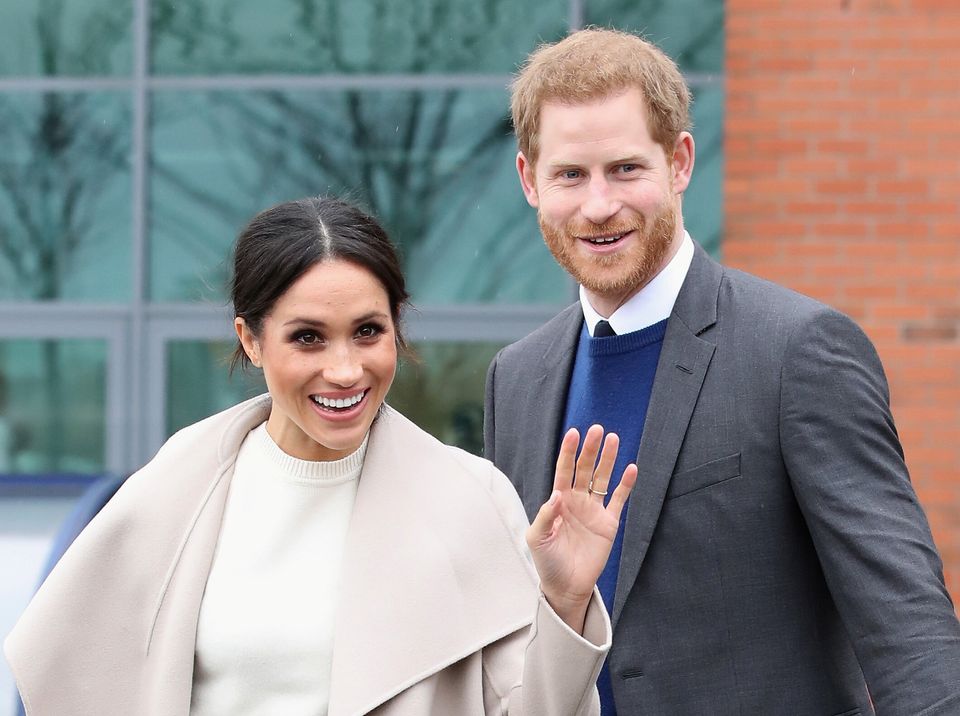 What are some steps the couple can take to obtain more privacy?

In addition to not eating at Nobu Malibu, shopping on Rodeo Drive, or staying at Chateau Marmont, Lui said the couple needs to “lock down their circle of trust” ― and take a note out of Beyoncé’splaybook.

“Beyoncé is mostly based in LA. Beyoncé is not papped at fucking Whole Foods. Beyoncé is quite able to move around, because she has the resources and the intention of not really being seen. Who is more famous than Beyoncé? Period, the end,” Lui said.

“What you have to do though ― like Beyoncé ― is lock your shit down. Keep your circle really small, and even if it’s not small, you have to make sure that those people aren’t leaking,” she said, adding that all of this takes a whole lot of money.

“Beyoncé is mostly based in LA. Beyoncé is not papped at f**king Whole Foods. Beyoncé is quite able to move around, because she has the resources and the intention of not really being seen. Who is more famous than Beyoncé? Period, the end,” Lui said.Lainey Lui, Canadian television host and co-founder of LaineyGossip.com

Dominic agreed. “If they are taking a workout class, rent the entire place out. If they are going to a restaurant, ask for a private room and enter in and out of the back or side entrances,” he said. “Take freight elevators in and out of hotels or business. Whenever entering or exiting a place where you know you’ll be seen, have your security cover you with umbrellas; it makes the pictures worth less or even worthless.”

“Adele has been known to tell a group of people a story that’s roughly the same with some different details to each person,” he said. “So if the story comes out with certain details she knows exactly who the person is and can get rid of them.”

What are some differences between British and American press?

The privacy laws in Britain and America are indeed different.

“London has much more strict laws,” Dominic said, adding that “the royals can’t be photographed in London unless they are making an official appearance.”

“In LA, that law doesn’t apply. For the most part, unless it’s private property, the royals will be free game to the press and paparazzi when they’re out and about,” he added.

Bullen pointed out that because of the laws, Meghan was, for example, able to shop at Kensington High Street ― right by Kensington Palace ― and not be photographed. He also thought that the appetite for celebrity content in the U.K. isn’t as great as in the U.S. 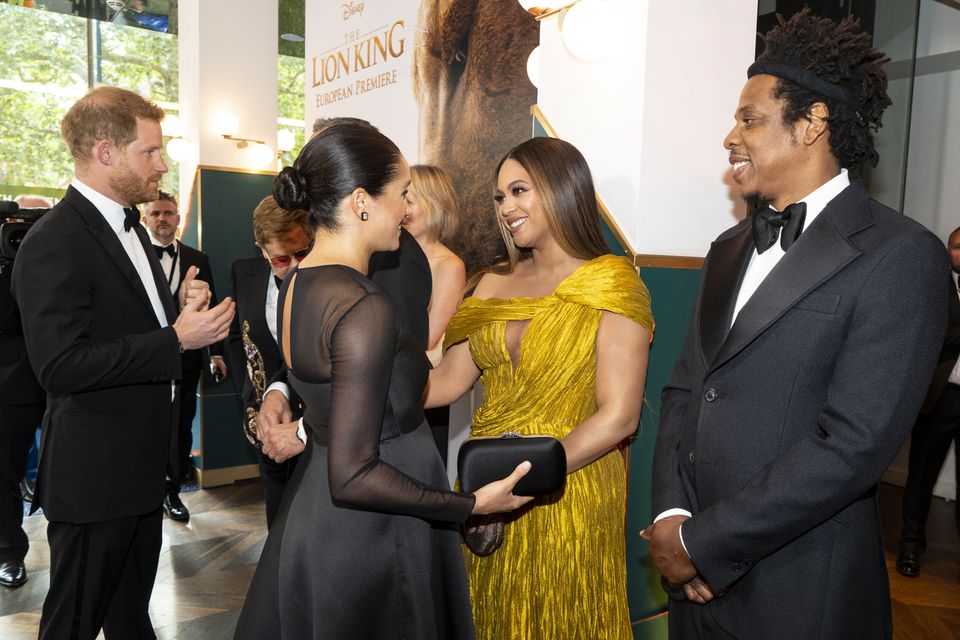 Probably not — there “will always be an appetite for them,” Bullen said.

“Archie is the great-grandson of a monarch, will be the grandson of the next king, and people are going to want to see Archie,” he said. “How they control it and how they control their messaging will become very interesting.”

And now that the couple is no longer a working part of the royal family, there is quite possibly more interest in them than ever before.

“We might be more compelled by them than ever, because they are striking out on their own, and it’s exciting,” Lui said. “We’ve never seen this before, a couple who have made this decision. I don’t think it’s realistic to expect that they’re going to get less press attention. If anything, we are even more thirsty for them.”

“But, I think the difference is that they can react to the press without having to clear all their moves through Buckingham Palace,” she continued.

Which brings it all down to one thing: How can they control what is put out in public about them?

How can the Sussexes best control their narrative?

Bullen thinks the Sussexes and Cambridges are already controlling their narratives well by using social media. But Harry and Meghan are going to have to find “the right PR team ― and the right publicists are not inexpensive,” he said.

The Sussexes might also just have to let go of certain issues.

“When you get to a certain point of fame, controlling your narrative becomes much more difficult,” Lui said. “There’s only so much that you can control, but people are going to say shit about you, and write about you, and talk about you anyway.”

“Beyoncé has been able to [contain her narrative] in a sense because she’s ceased giving all interviews. She doesn’t speak directly to anybody. She just speaks through her art, really,” Lui continued, adding that very few people are able to do that.

When you get to a certain point of fame, controlling your narrative becomes much more difficult. There’s only so much that you can control, but people are going to say shit about you, and write about you, and talk about you anyway.Lainey Lui

Lui suggested some concrete moves for the couple.

“They’re going to need a new team outside of the royal family. Those people have to be pro. And they have to be modern pro, as in understanding the power of social media, understanding how social media works,” she said. “You can’t bring on an old-school Hollywood publicist who isn’t with the times.”

They also have to have a targeted brand strategy, Lui added.

“I know that people like the royals don’t want to talk about themselves in using words like branding ... but the reality is, we all have a brand,” she said. “Now that they’re on their own, they’re no longer working members of the Royal Family ― they are their own family. They need to figure out and streamline what that brand is.”

Ultimately, Dominic argued, Meghan already has experience as a celebrity and will be able to figure it out. “At the end of the day, Meghan has been in Hollywood before, obviously not with this much star power, but she knows the ways of LA,” he said. “If she really wants privacy for her and her family, she knows what to do.”