The US has overtaken China and Italy, to have the most confirmed coronavirus cases in the world.

Confirmed coronavirus cases in the United States reached 81,378 on Thursday, more than any other country, overtaking both Italy and China. 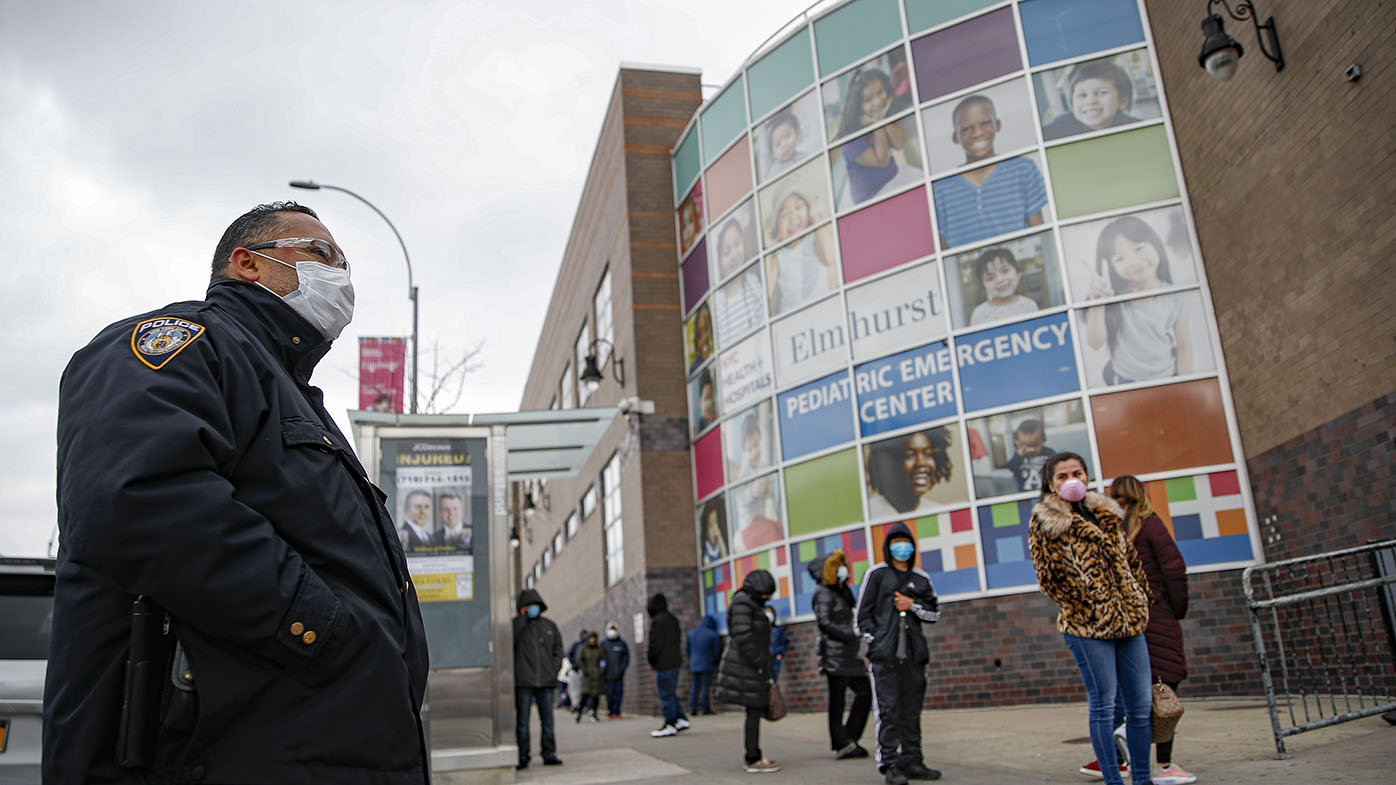 In the US, an unprecedented US$2.2 trillion (AUD$3.6tn) economic rescue package to help businesses, hospitals and ordinary Americans make it through the crisis cleared the Senate and is expected to be voted on in the House on Friday.

At least 2.8 billion people, or more than one-third of the Earth's population, are now under severe travel restrictions.

More than three million people applied for unemployment benefits in a week - which is nearly five-times the old record set in 1982.

A political battle, meanwhile, raged between those demanding urgent action for a long siege against the pandemic, like New York Governor Andrew Cuomo, and President Donald Trump.

Mr Trump has expressed hope churches could return to normal by Easter on April 12, and grumbled that "our country wasn't built to be shut down" — apparently concerned that the outbreak's devastating effects on financial markets and employment will harm his re-election chances. 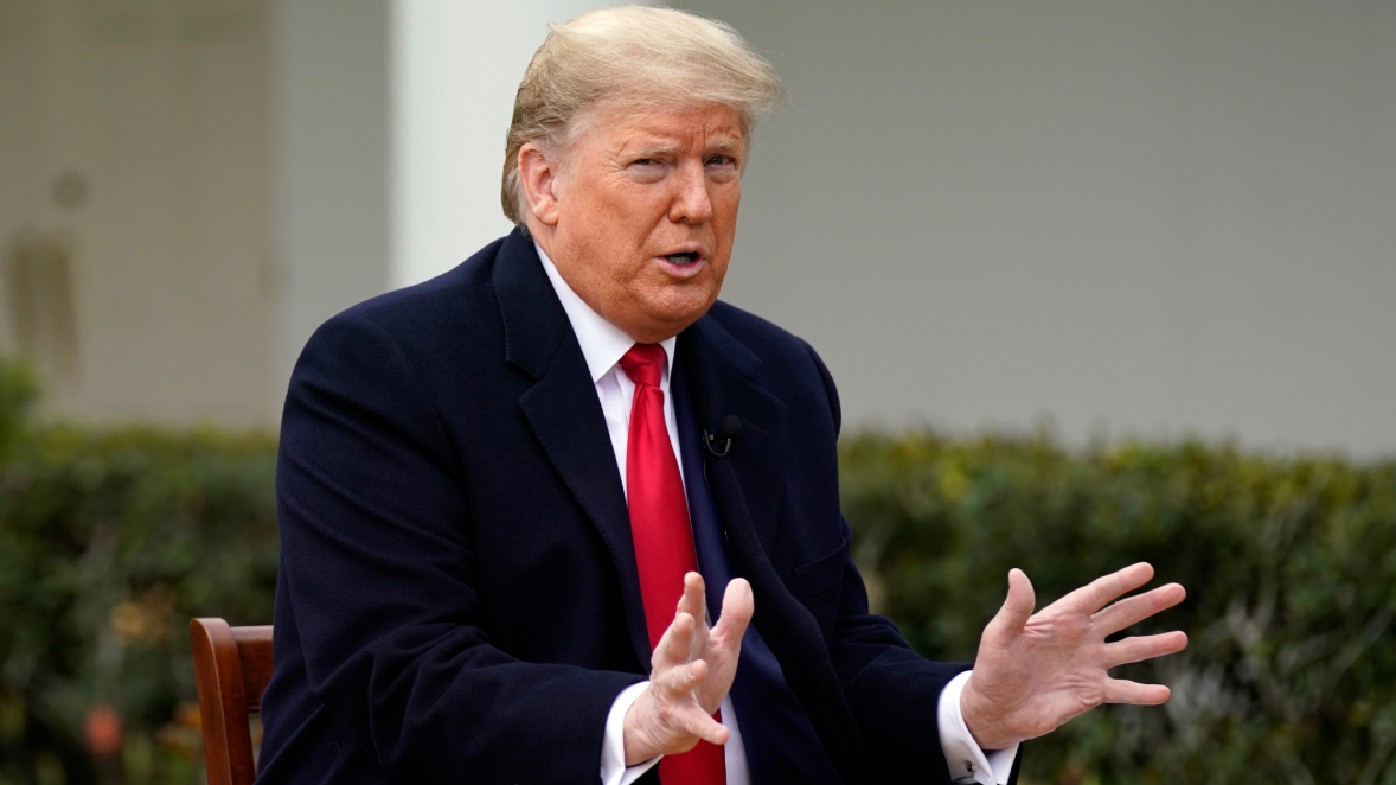 Italian health authorities announced another 6153 cases overnight, raising its national total to 80,539 - almost as many as China - while the country's death toll raised by 662 to 8165, the highest in the world.

Meanwhile, health care systems in Europe and New York are buckling under the strain, with Spain's death toll climbing to more than 4000. overnight.

AS IT HAPPENED: The latest global updates from the coronavirus pandemic 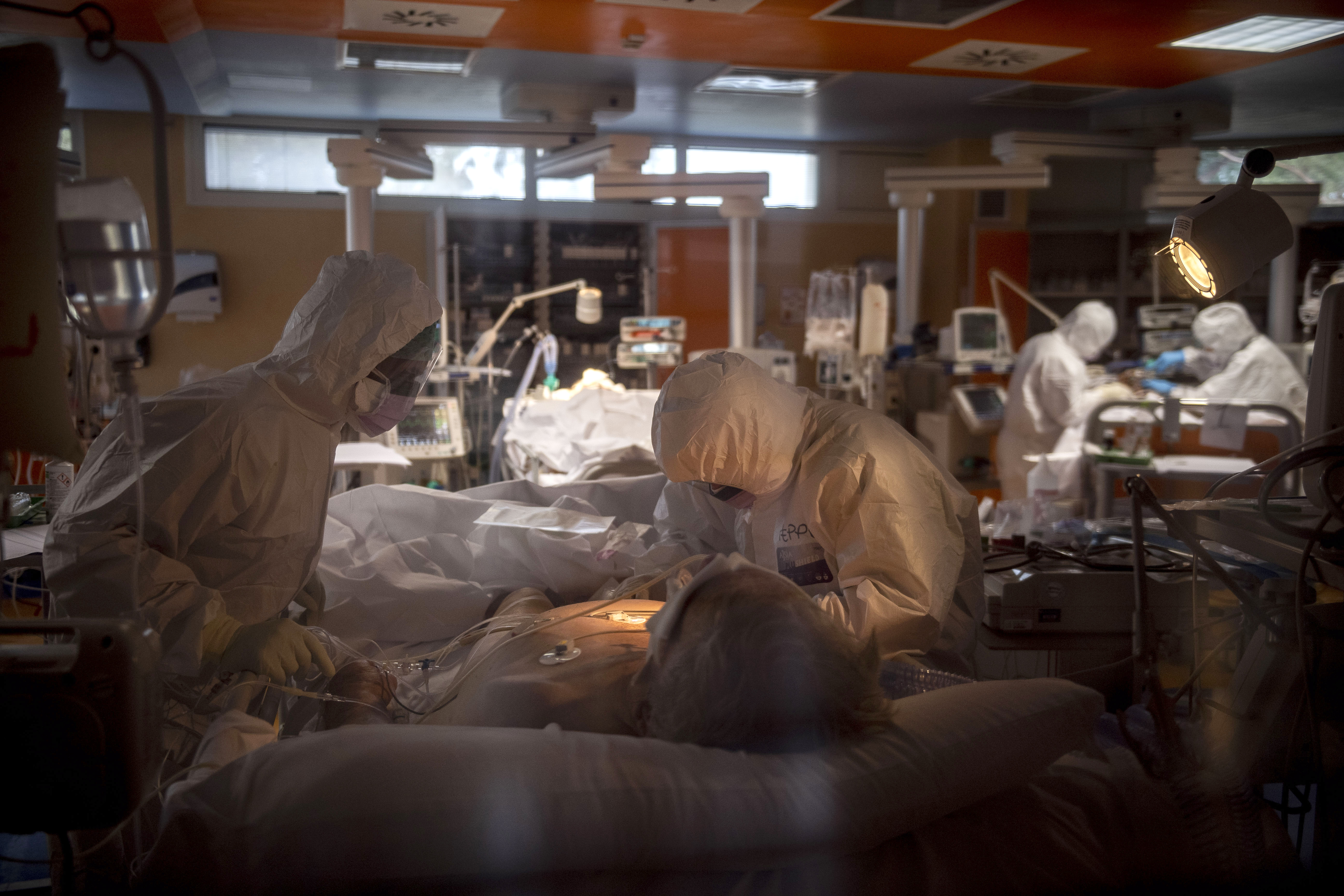 Spain has become the country in Europe where the outbreak is spreading the fastest.

On Thursday, the Health Ministry reported reported nearly 8600 new infections and 655 deaths, bringing the total cases to over 56,000 and more than 4000 fatalities.

Health Minister Salvador Illa sought to assure Spaniards that government measures to slow the virus were working, telling Parliament that the rises had been smaller than in previous days and "indicate a changing trend that brings us to think that we are entering a phase of stabilisation." 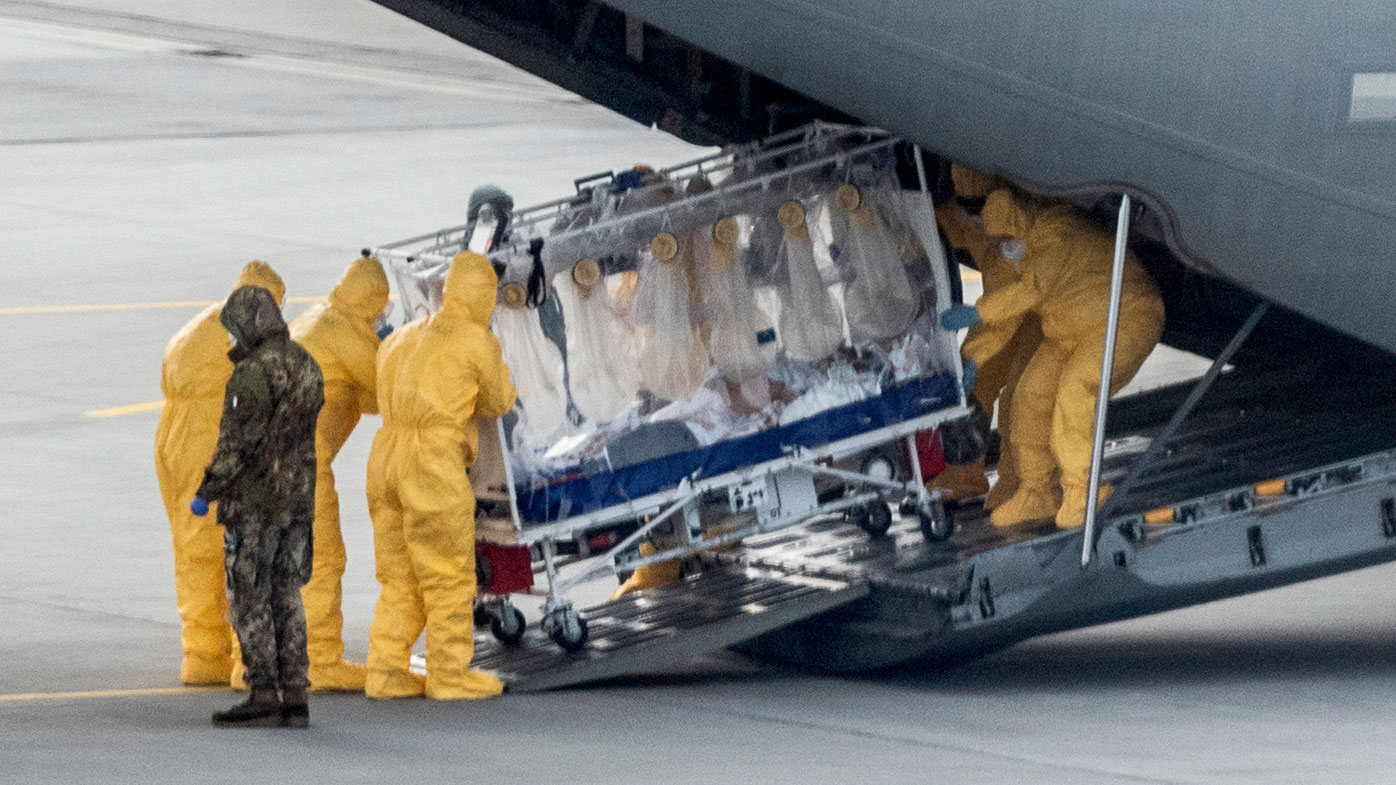 In Italy, the rate of increase has also slowed slightly, noted Dr Hans Kluge, the head of the WHO's European office.

Germany has had a high number of infections at more than 39,000 people, but just 222 deaths — which has widely been attributed to early and aggressive testing, among other factors.

It comes as it was revealed that the country now has the ability to test 500,000 people a week, perhaps the greatest capacity in the world. In France, infected citizens have started to be evacuated from the northeastern hotspot of Alsace using a special high-speed train, while the UK ordered 10,000 ventilators, working with engineers from Dyson.

The UK's Chancellor Rishi Sunak also today announced a massive bailout plan for self-employed workers that will see them paid 80 per cent of their average monthly profits over the last three years, up to £2500 (AUD$5000).

The scheme will be accessible for at least three months for people with profits up to £50,000 (AUD$100,000) which form the majority of their income and who have filed a 2019 tax return.

The rest of the world

In India, where the country's 1.3 billion people are under orders to stay at home, untold numbers of them are now out of work, and many families have been left struggling to eat.

South Africa also planned to lock down at midnight. The country recorded more than 700 cases of CVOID-19, the highest on the continent. 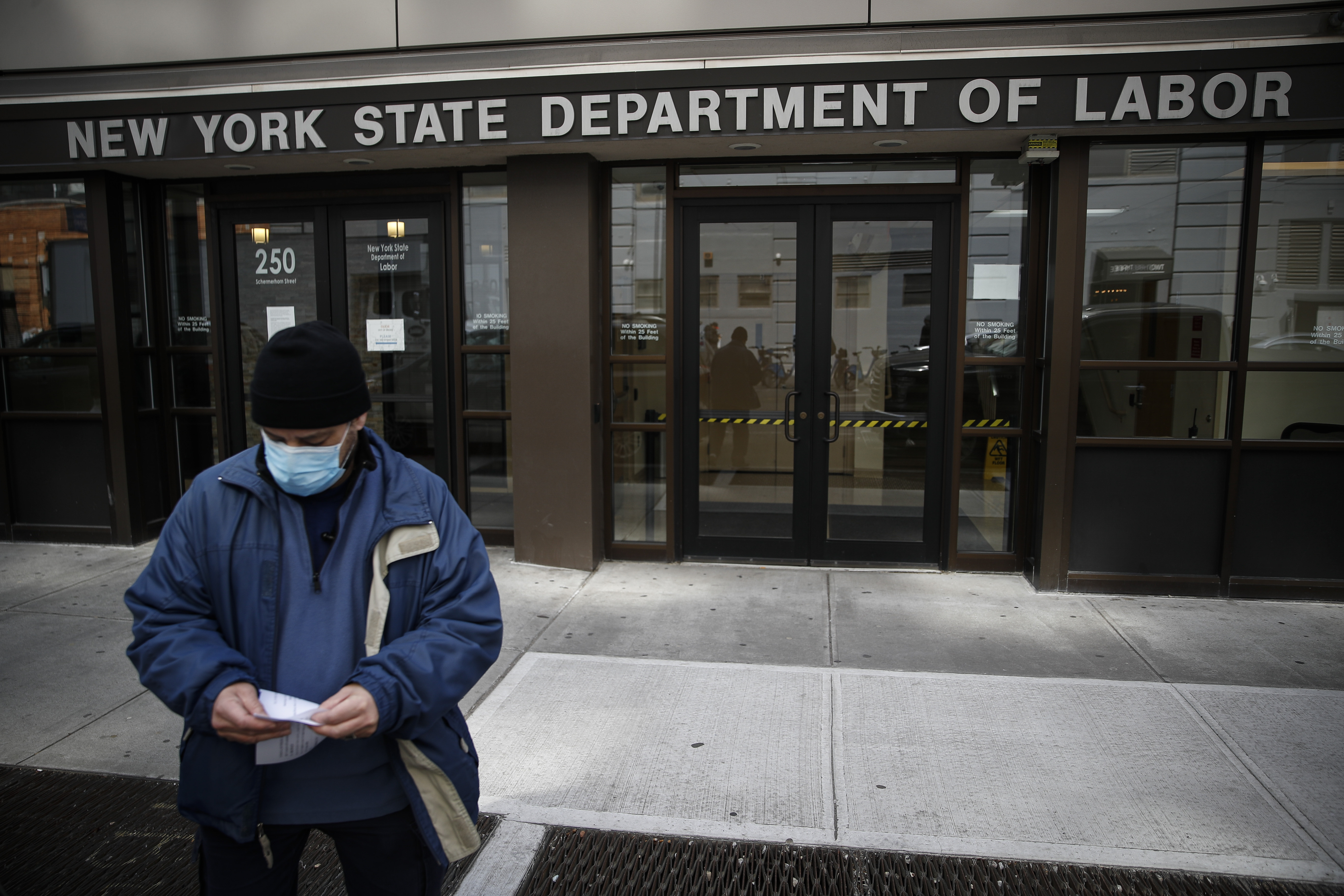 In Brazil, the country's governors are defying President Jair Bolsonaro over his call to reopen schools and businesses, dismissing his argument that the "cure" of widespread shutdowns is worse than the disease.