Exclusive: The remote highway memorial where Australian Lucas Fowler and his American girlfriend Chynna Deese were murdered is now blanketed with snow, in the grip of a bitter sub-zero Canadian winter.

One of the guardian angel truckies who watches over the poignant shrine deep in the Yukon has shared new video and photographs of the memorial exclusively with nine.com.au.

In the photos, a herd of bison wanders by the wooden structure, which houses trinkets, notes and other heartfelt items left by travellers in remembrance of the murdered couple. 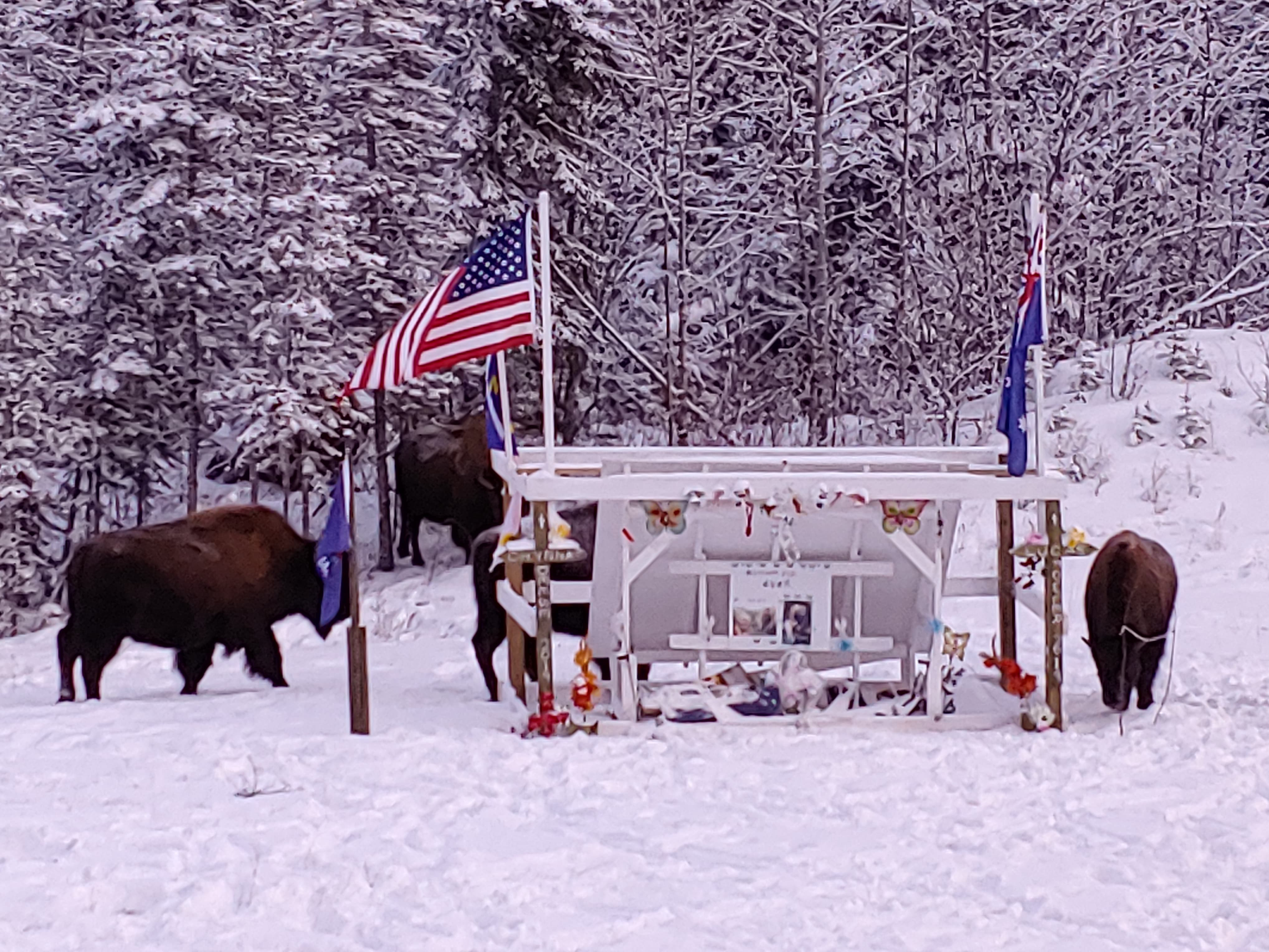 The Australian and US flags rise from the structure, adding a splash of colour in an otherwise bleak white environment.

"It's the memorial being guarded by the locals," Mr Van Vyfeyken, a 60-year-old father of four from Edmonton, said of the Liard herd bison.

The barren stretch of road, on the Alaska Highway, is brutalised by temperatures that can drop to minus 50 Celsius in the middle of winter.

Fellow trucker Ed Grenan started to build the shelter last October, in preparation for the heavy snowfall that won't break until late April.

Mr Van Vyfeyken regularly stops at the memorial on his trucking route, helping to maintain it and dropping off new items which have been sent to him by others. 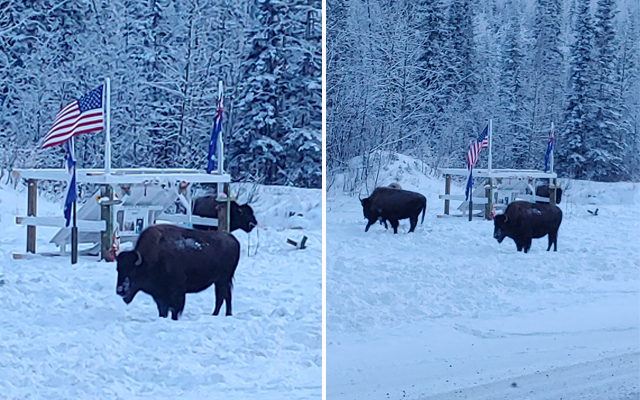 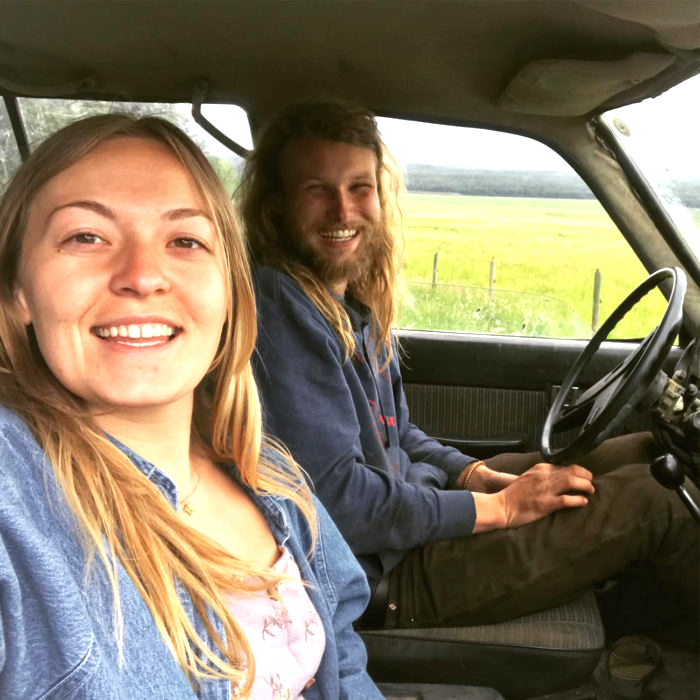 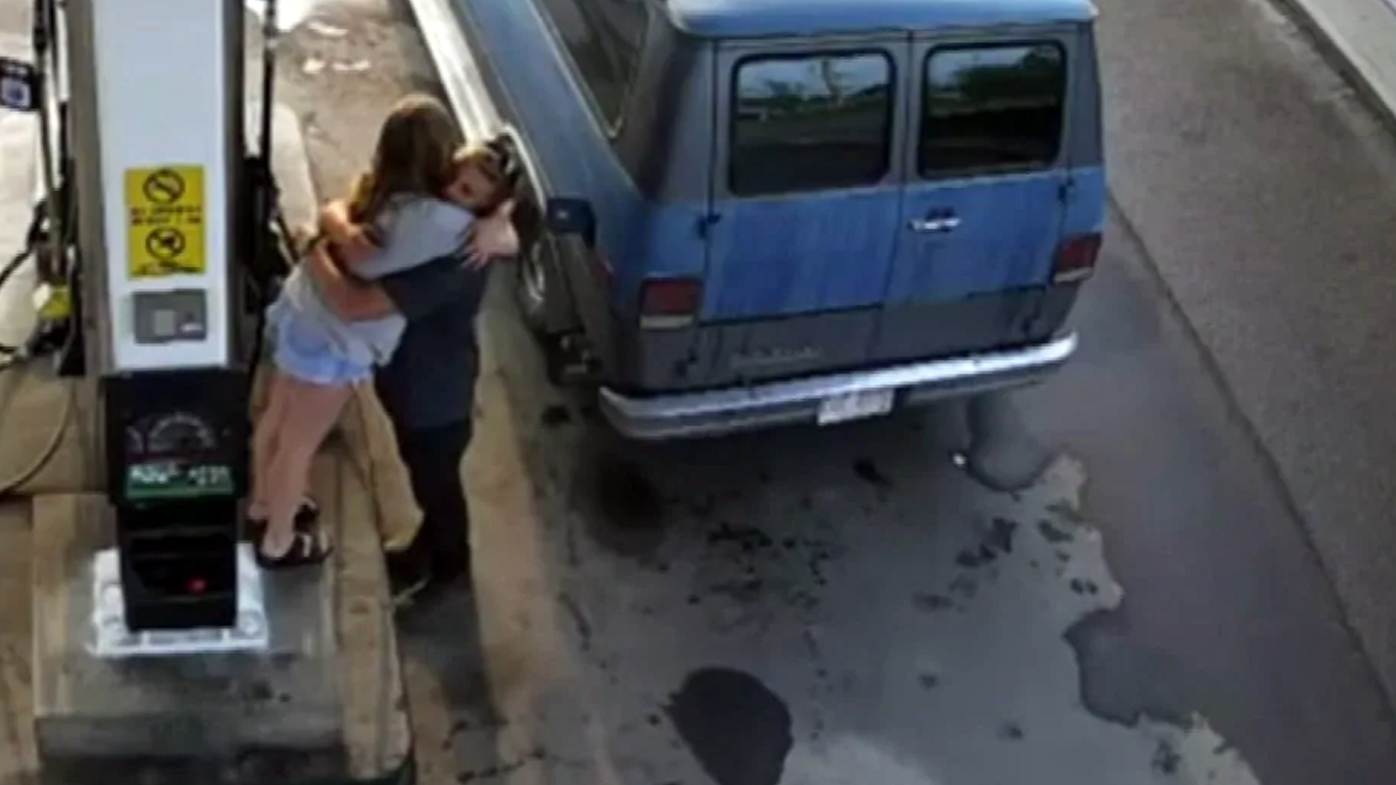 Video shared with nine.com.au by Mr Van Vyfeyken shows the highway Mr Fowler and Chynna Deese were travelling before they were murdered last July by teen killers Kam McLeod and Bryer Schmegelsky.

The loved-up couple were road tripping around Canada in a blue van when they were shot dead.

Mr Grennan, a 73-year-old trucker from Whitehorse in the Yukon, started the memorial after driving past the crime scene where Royal Canadian Mounted Police were working.

But after police left, and the 1986 Chevrolet van with its smashed back window had been towed away, all that remained was a red spray-painted mark on the ground. 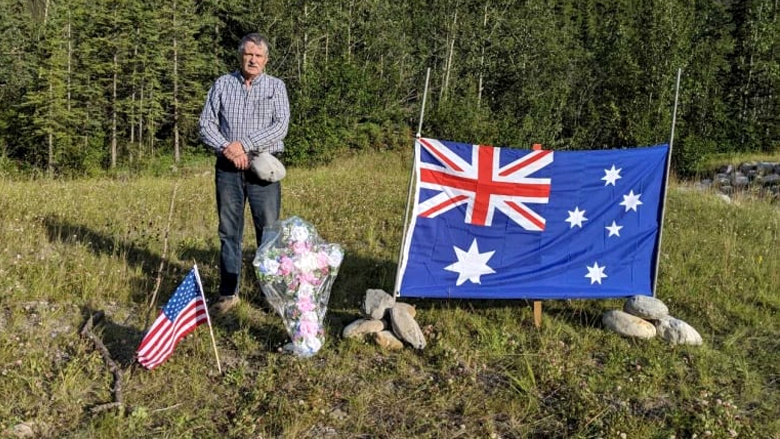 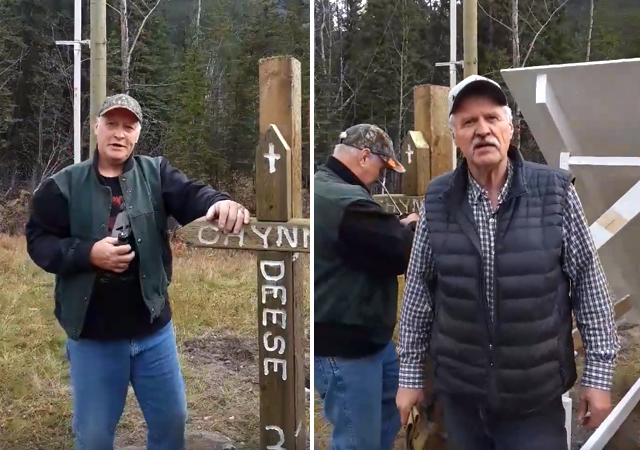 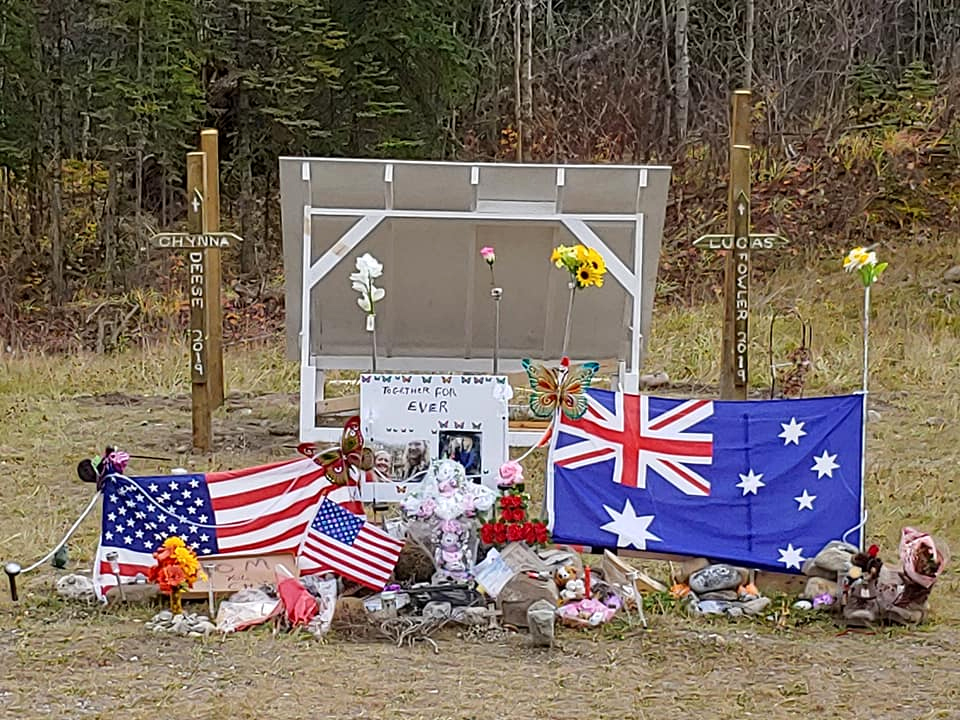 So he returned to place a floral cross alongside an Australian and US flag, which he fixed to the soil with rocks and sticks.

The roadside shrine has since grown and become a popular spot for locals and travellers to stop and remember Mr Fowler and Ms Deese.