A gunman killed one passenger and wounded five others on a Greyhound bus traveling from Los Angeles to the San Francisco Bay Area, the California Highway Patrol said.

A gunman killed a 51-year-old woman from Colombia and wounded five others before dawn on a packed Greyhound bus traveling from Los Angeles to San Francisco and the bus driver somehow managed to get the gunman off the bus, the California Highway Patrol said.

The suspect was taken into custody Monday (local time) without incident and the motive was not immediately known, Sergeant Brian Pennings of the highway patrol said.

Two of the victims were hospitalised with serious injuries, Pennings said. Forty-two passengers and a driver were aboard at the time of the shooting.

A 911 caller reported the shooting at 1.27am as the bus was on Interstate 5 in a mountainous area between Los Angeles and the San Joaquin Valley, saying a person on board the bus with a gun had shot several passengers, Pennings said.

"The driver of the bus immediately pulled to the right shoulder and somehow — were still trying to figure out to how this happened — were able to coerce the suspect off of the bus," he said.

After leaving the gunman behind, the driver continued to the next exit and pulled into the parking lot of a gas station.

"His actions were very appropriate and one could say heroic," Pennings said of the driver. 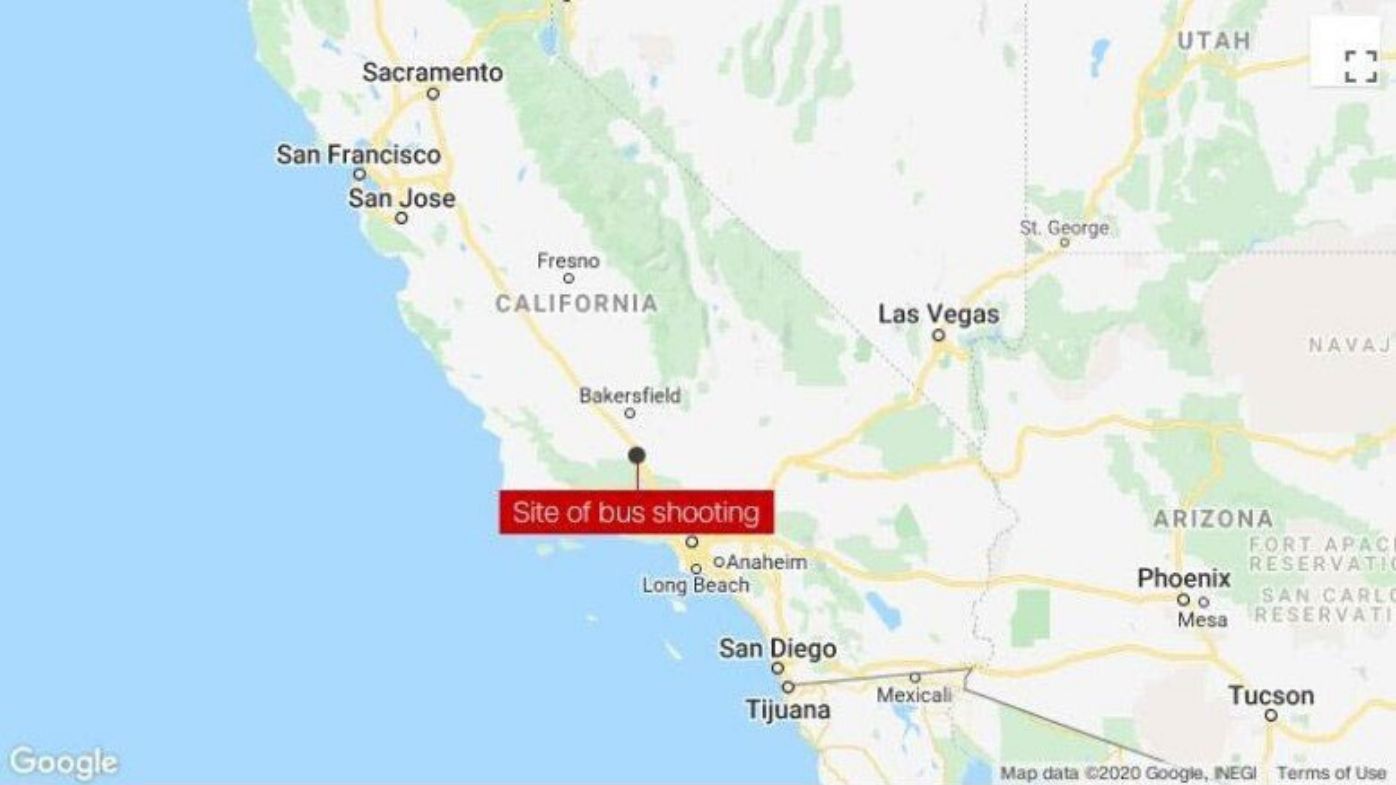 A black handgun believed to have been used in the shooting had been left on the bus, Pennings said.

Federal agents with the Bureau of Alcohol, Tobacco, Firearms and Explosives were working to trace the weapon.

Pennings said the motive was unknown but said there was no indication of terrorism "at this time."

Witnesses and the suspect were being interviewed and officials did not immediately identify the suspect or the victims.

Pennings said one of the five wounded people was flown to a hospital and the others were taken in ambulances to hospitals.

The bus left Los Angeles at 11.30pm yesterday and was scheduled to make stops in the cities of Avenal and Oakland before ending its route in San Francisco at about 7.20am. Monday, according to Greyhound's website.

"Our thoughts and prayers go out to everyone and every family member impacted by the incident today," Greyhound said in a statement, adding that the company was gathering details about what happened and will help police in their investigation.