A massive search is underway for a surf skier who has been missing for more than a day in dangerous waters off North Stradbroke Island.

A massive search is underway for a surf skier who has been missing for more than a day in dangerous waters off North Stradbroke Island.

Police hold grave fears for Jordan Kelly, 26, who left Dunwich with his friend Jack McDonald, 28, heading for Cylinder Beach at 10.30am on Saturday.

As the pair were making their way to Cylinder Beach just after 1.30pm, Mr McDonald's ski started taking on water and Mr Kelly tried to help him. 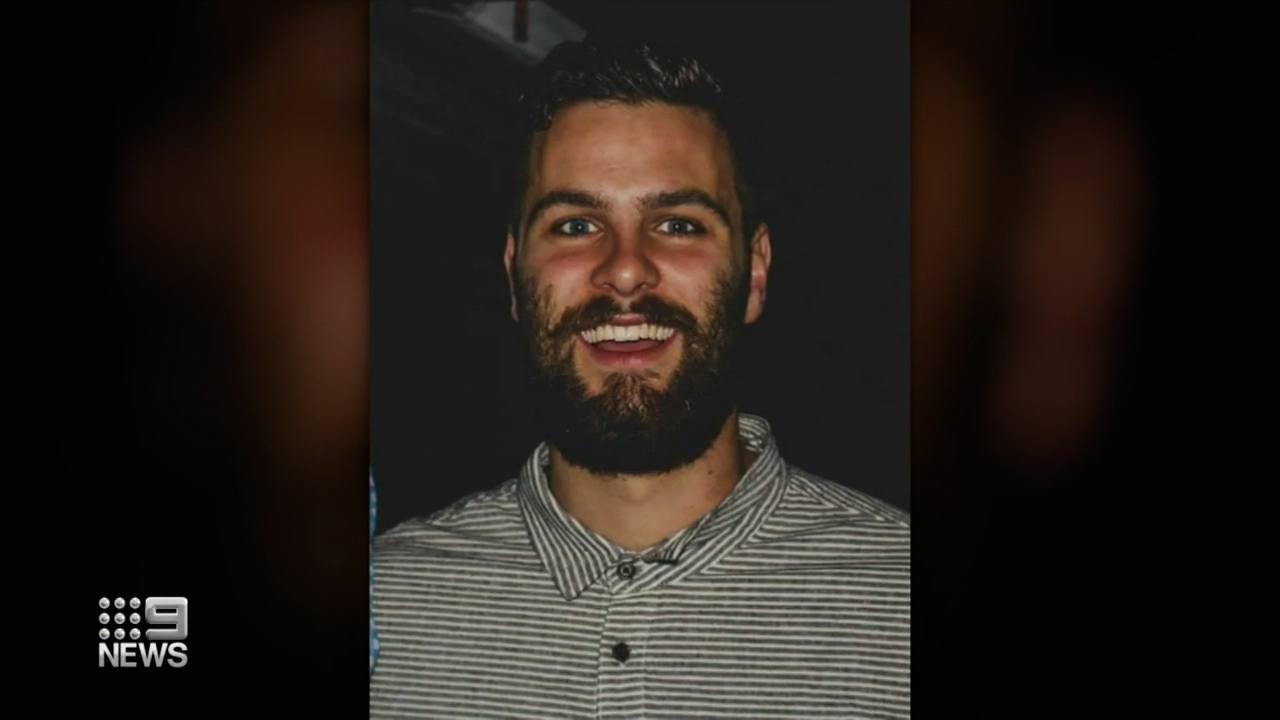 Queensland water police acting Senior Sergeant Mitch Gray told reporters the men both held on to the one ski, until after dark when they had become weak and tired from being in the water, resulting in Mr Kelly "slipping away".

Authorities were alerted when the men failed to arrive at their camp in the afternoon to meet their partners.

More than a dozen boats and aircraft, from the Brisbane water police, Surf Life Saving Queensland and the coastguard, launched a full-scale rescue mission just after 2.30pm on Saturday but neither man was able to be found.

At 8pm on Saturday night, after being at sea for some 10 hours, Mr McDonald managed to make his way to Amity Point Wharf. 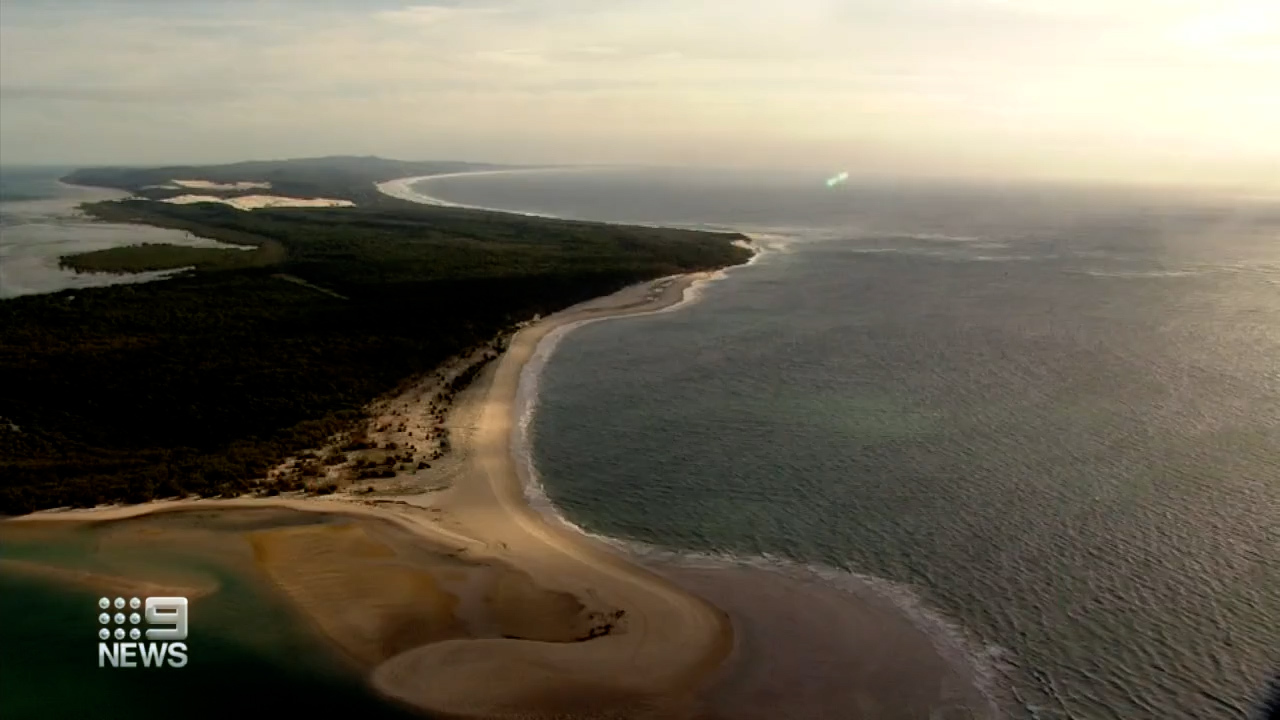 He was treated at the scene for minor hypothermia and has since been reunited with his family.

An air search continued throughout last night looking for Mr Kelly. It was set to finish at 1am on Monday and resume again at sunrise.

So far, the search has found no trace of Mr Kelly and authorities hold grave fears for his welfare.

Acting Senior Sergeant Mitch Gray said swells had been between four to six metres high with south-easterly winds up to 20 to 30 knots. 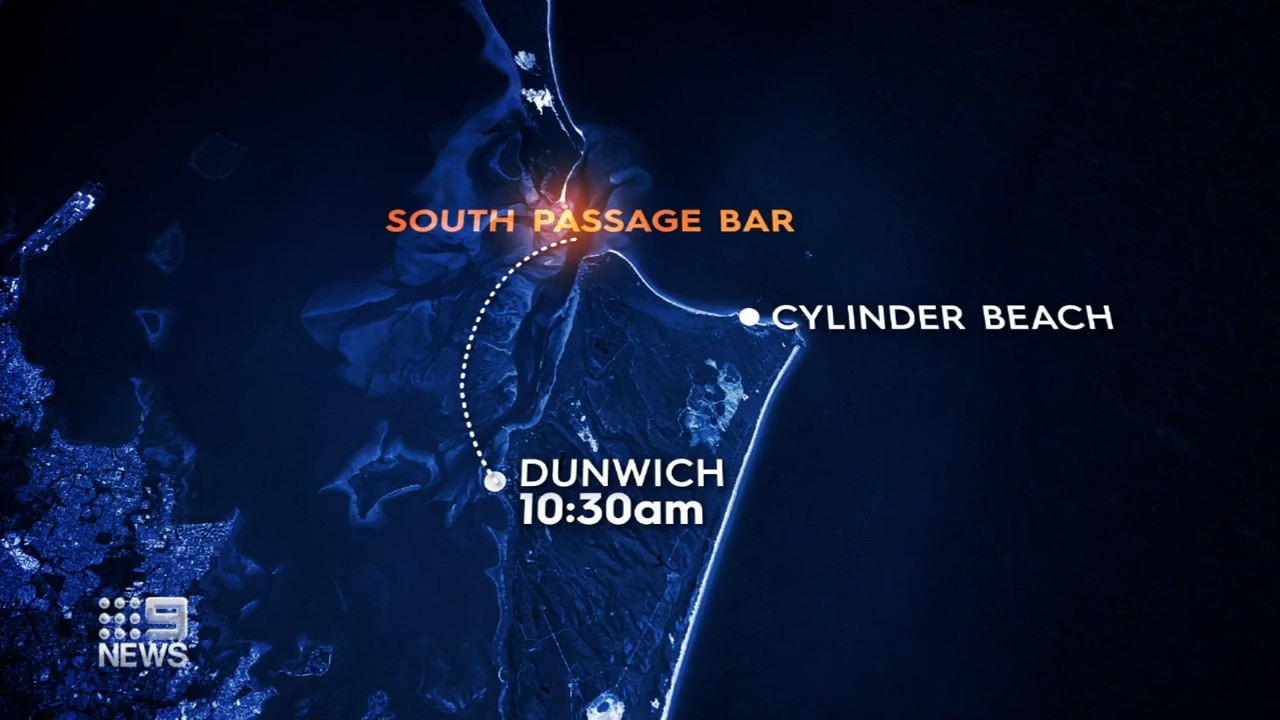 "To describe the conditions, I would say they are hazardous," Sgt Gray said.

"Not suitable for the activity they had planned to do.

"We've got over 16 vessels and we've got eight aircrafts which have flown over 440 square nautical miles of ocean to try and find him."

Sergeant Gray said as time went on "we become more and more concerned we will not have a happy ending". 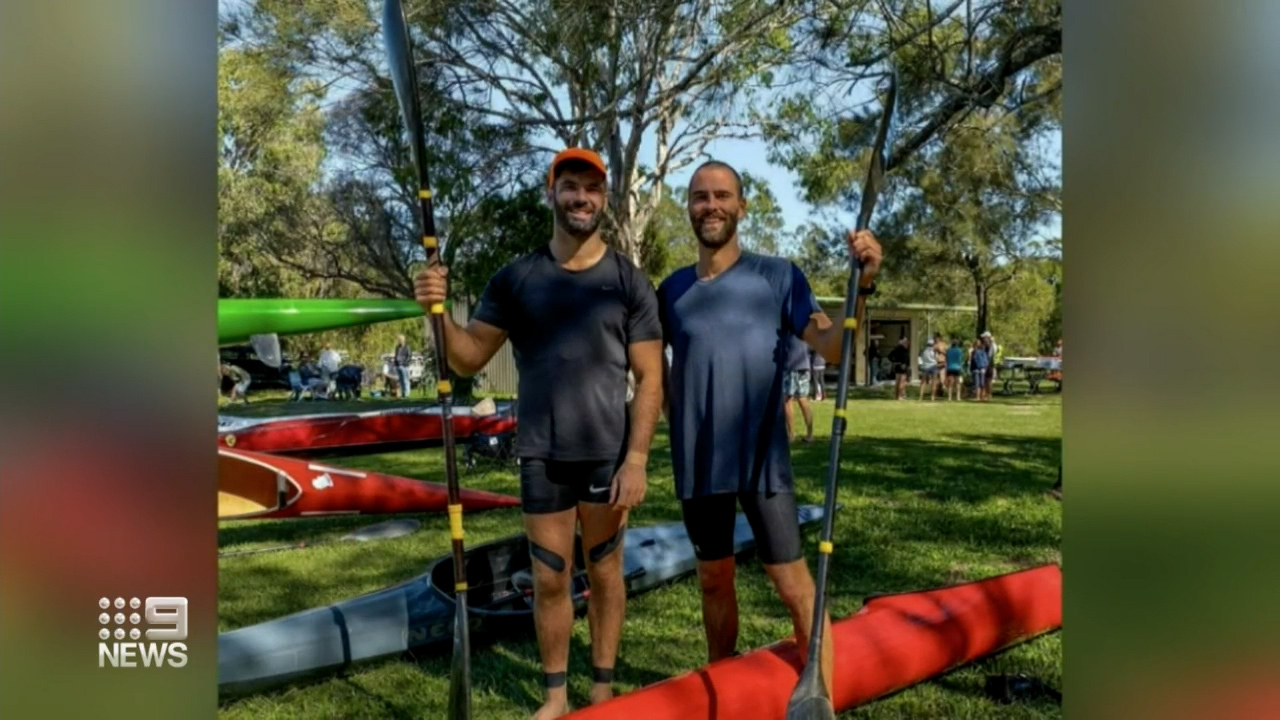 Mr Kelly is understood to be in good physical health and was training for a surf ski event at the Sunshine Coast, giving authorities some hope.

Mr Kelly's family members are believed to be flying in from New Zealand today.