The grandson grabbed the five-foot Eastern Brown by the tail when he spotted it slithering towards his grandmother’s garage yesterday afternoon.

A snake catcher has issued a warning after a young man took a deadly snake into his own hands to stop it from entering his grandmother's Sunshine Coast home.

The grandson grabbed the 1.5m Eastern Brown by the tail when he spotted it slithering towards his grandmother's garage in Buderim yesterday afternoon.

After being dragged back outside, the deadly animal took refuge in a nearby garden until Stuart McKenzie from Sunshine Coast Snake Catchers 24/7 arrived. 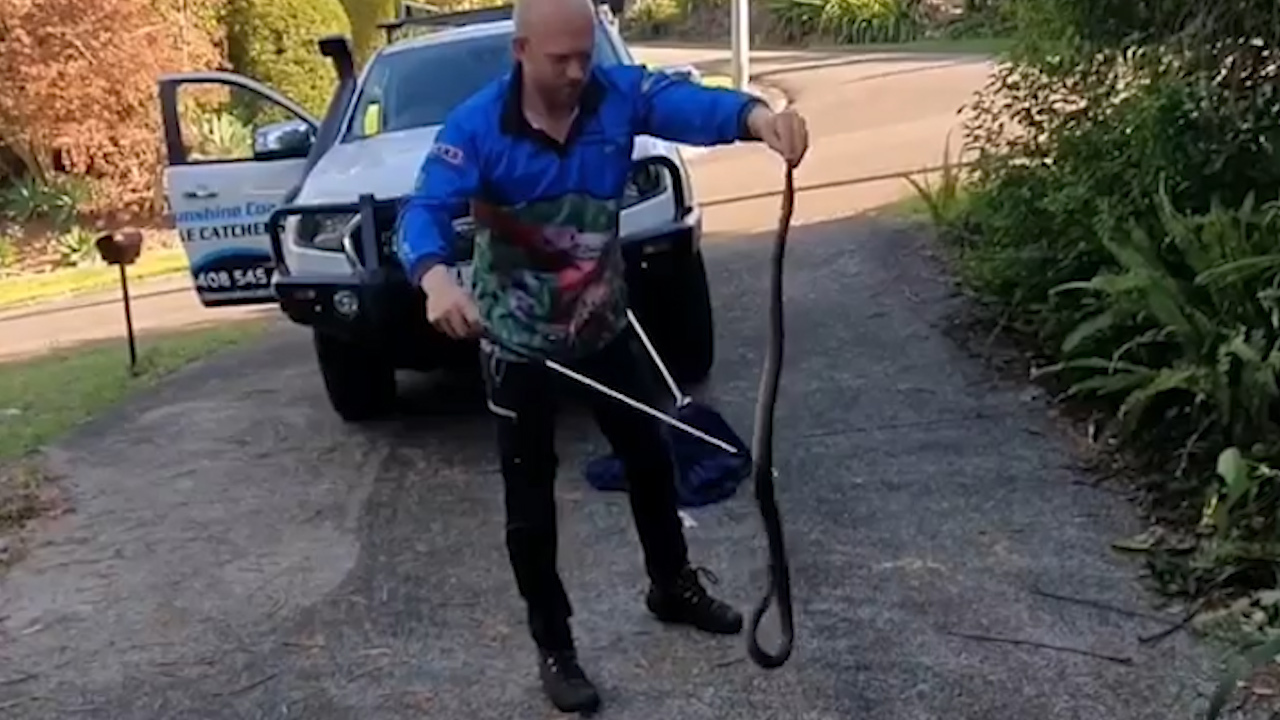 Armed with a metal tong, Mr McKenzie found the creature hiding under a rock before pulling it back out to the driveway.

"Wow, look at the size of this thing!" he can be heard saying in a video.

"In Buderim of all places!"

After inspecting his catch, Mr McKenzie placed the snake in a bag before safely relocating it. 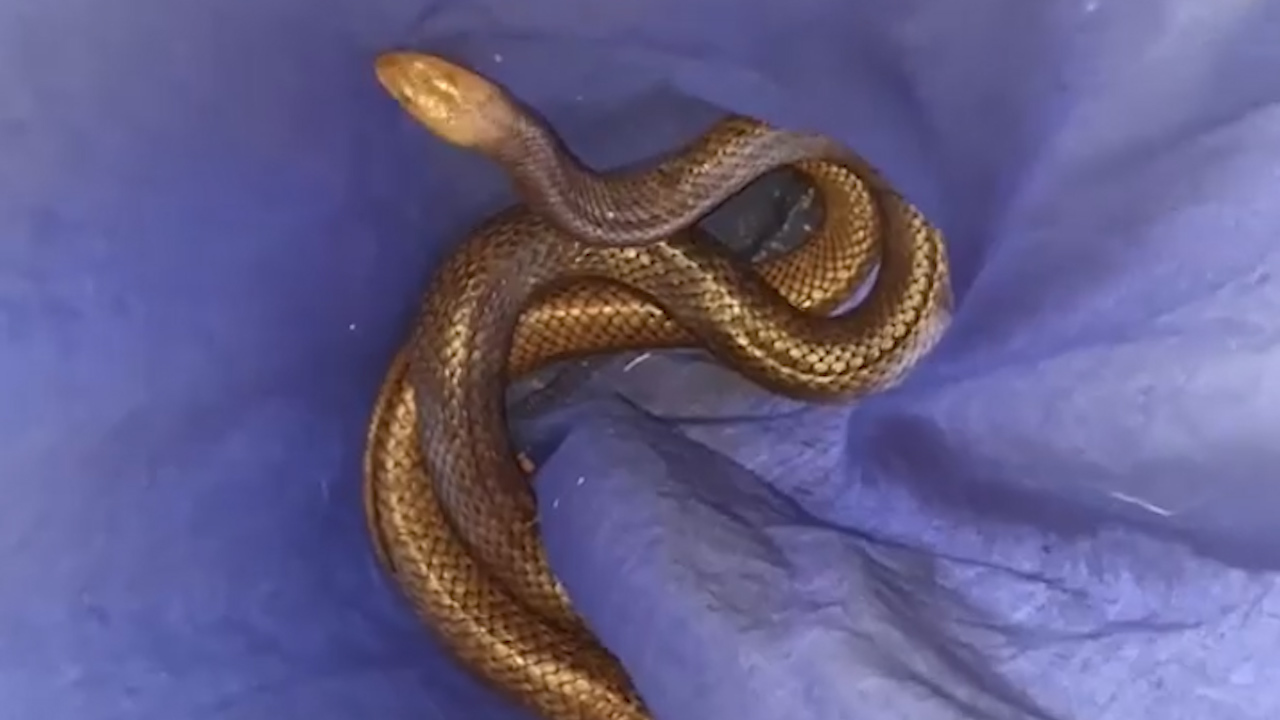 The experienced snake catcher warned the public not to try catching snakes themselves.

"Even if a snake is going inside your home or garage please don't ever try and catch or grab the snake yourself, it can potentially end very badly," he wrote on Facebook.

"The best thing to do is back away and call us to come and relocate it.

"Luckily the guy didn't get bitten and when he let the snake go it sheltered under a rock in the front garden." 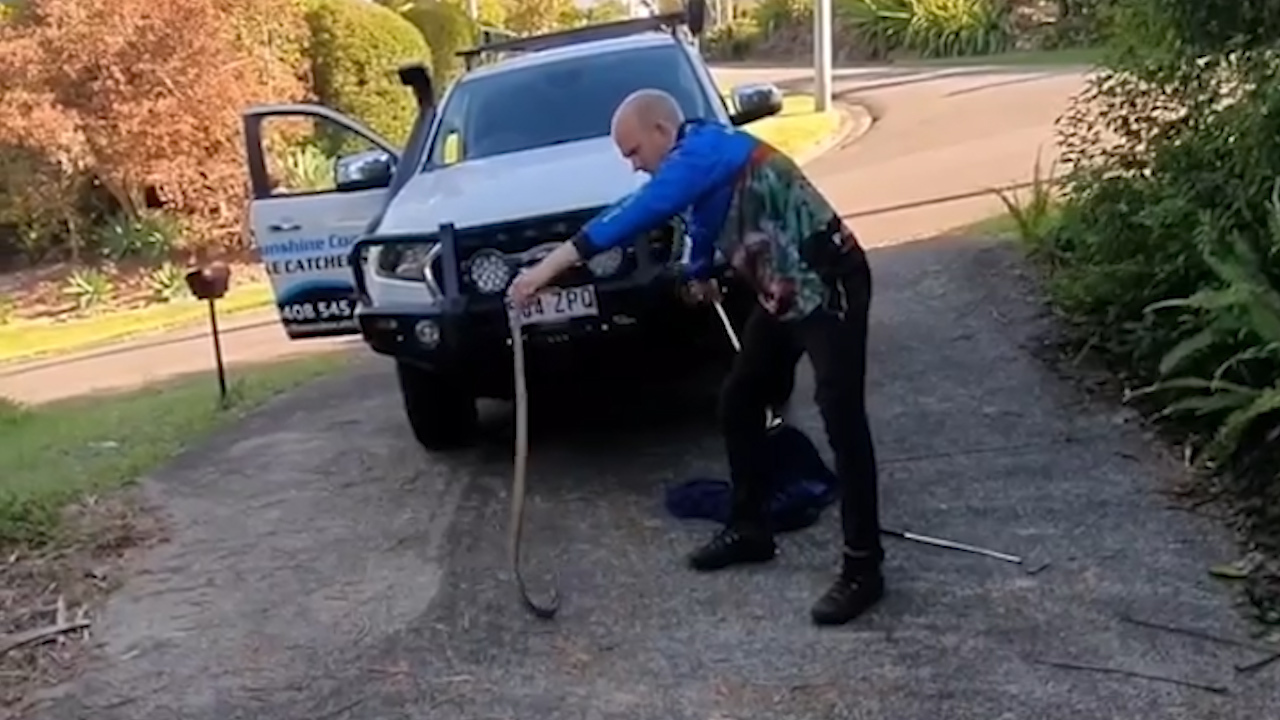 According to the Australian Museum, Eastern Brown Snakes have caused more bite deaths than any other snake in Australia.

The species can be found throughout Australia, but prefer open landscapes such as woodlands, scrublands, and savannah grasslands.

READ:  'Insane': Partners forced to dash overseas to get visas

Mr McKenzie said he was surprised when he pulled the snake from the bush.

"Now its not very often we get Eastern Brown Snakes in Buderim, in fact I believe I have only caught four or five in about seven years," he wrote.

"This snake wasn't far from the centre of town but even so all it wanted to do was hide away from humans."

The Snake Catcher also urged Australians to remain vigilant as more snakes move around throughout the summer months.