British backpacker Grace Millane was strangled to death, crammed into a suitcase and buried in a New Zealand woodland after a Tinder date in December 2018.

On Thursday her killer, a 28-year-old man, was sentenced to life imprisonment with minimum 17 year non-parole period.

The Courts of New Zealand said in a statement: "Overall, the circumstances of the murder showed a high-level of callousness, including: the intimate nature of the murder itself." 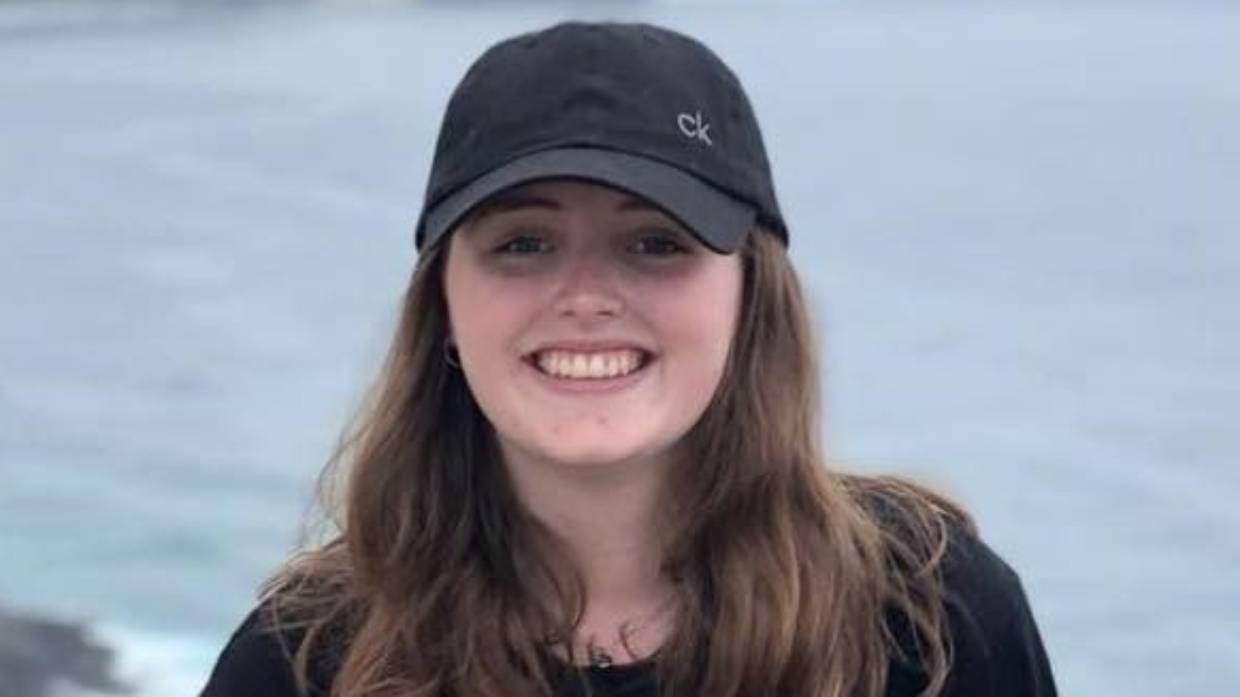 In his November 2019 trial, the prosecution argued that the man -- whose name cannot be released due to a suppression order -- "eroticized" Millane's death because of a "morbid sexual interest," and the court heard how he had taken "trophy" photos of her body and watched violent pornography while her body lay in the room.

The key pillar of the man's defense was that Millane, 21, enjoyed "rough sex," and that her death was an accident that came about as a result of consensual choking. As a consequence, media coverage of the trial was filled with details about Millane's personal life and alleged sexual preferences, even as the accused remained anonymous.

A rise in claimsAt least 60 UK women have been killed in episodes of so-called "consensual" sexual violence since 1972, with at least 18 women dying in the last five years, according to the advocacy group We Can't Consent To This.

In 45 per cent of those killings, the claim that a woman's injuries were sustained during a sex game "gone wrong" resulted in a lesser charge, a lighter sentence, an acquittal, or the death not being investigated, the group said.

Susan Edwards, a barrister and professor of law at the University of Buckingham, told CNN that 30 or 40 years ago, it was unlikely that a defendant would claim that the victim consented to sexual violence.

"He would be less likely then, I think, to try and use as an excuse that she had consented to sexual violence," said Edwards, who has been tracking and working on domestic violence cases since the 1980s.

"And if he had, then it would have been extremely doubted -- it wouldn't have gone in any way to his credit that he was trying to use such a totally unbelievable excuse," she added.

"Now, regrettably, there are some people that might be willing to believe it because we now live in a world where some people are tolerating this commercial sexualization of violence," she added. 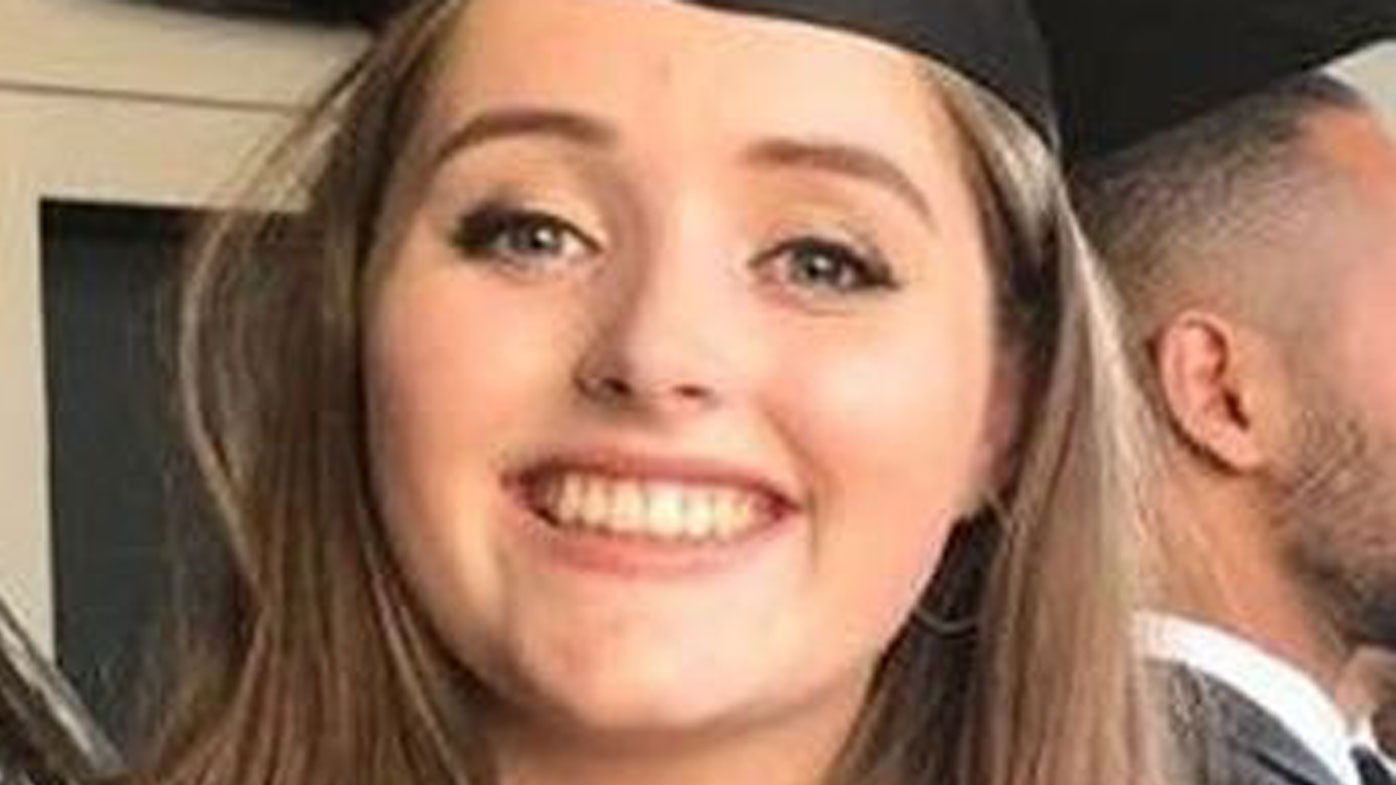 Now, claiming an assault or homicide was a case of "rough sex gone wrong" would not work as a defense, Edwards said, but could have some "mitigatory impact" on a defendant's culpability, and sentencing. In some cases, defendants could be handed sentences with no jail time.

"To establish murder, there has to be intention. So, if they can convince the jury that there was no intention to kill, then the verdict will be one of manslaughter," added Edwards, who has been working to make strangulation a standalone offense in the UK. In the UK, strangulation or choking is only charged if it occurs in the course of committing some other indictable offense, such as rape.

Making strangulation an offense in and of itself would, Edwards says, be an important step in protecting women.

"An offense of strangulation would recognize the potential seriousness -- the threat and fear occasioned. Otherwise, it is lost in common assault, or assault, which does not take into consideration the life threatening potential or the degree of fear that is created for the victim," she added.

"That would send a symbolic message that this behavior isn't tolerated, and hopefully would be part of a preventive measure that would prevent the escalation of these cases which result in death," Edwards told CNN.

A global issueClaims of rough sex gone wrong are a global concern. 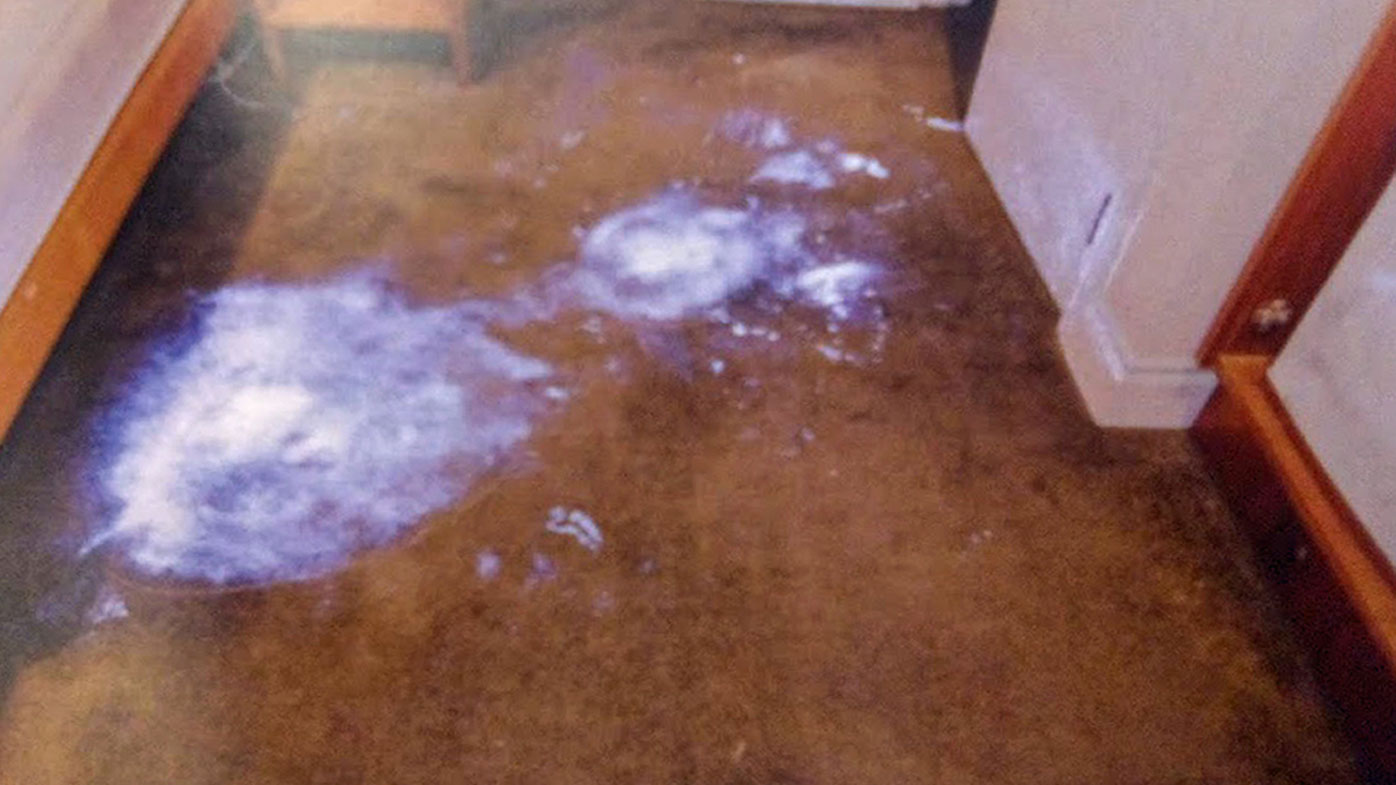 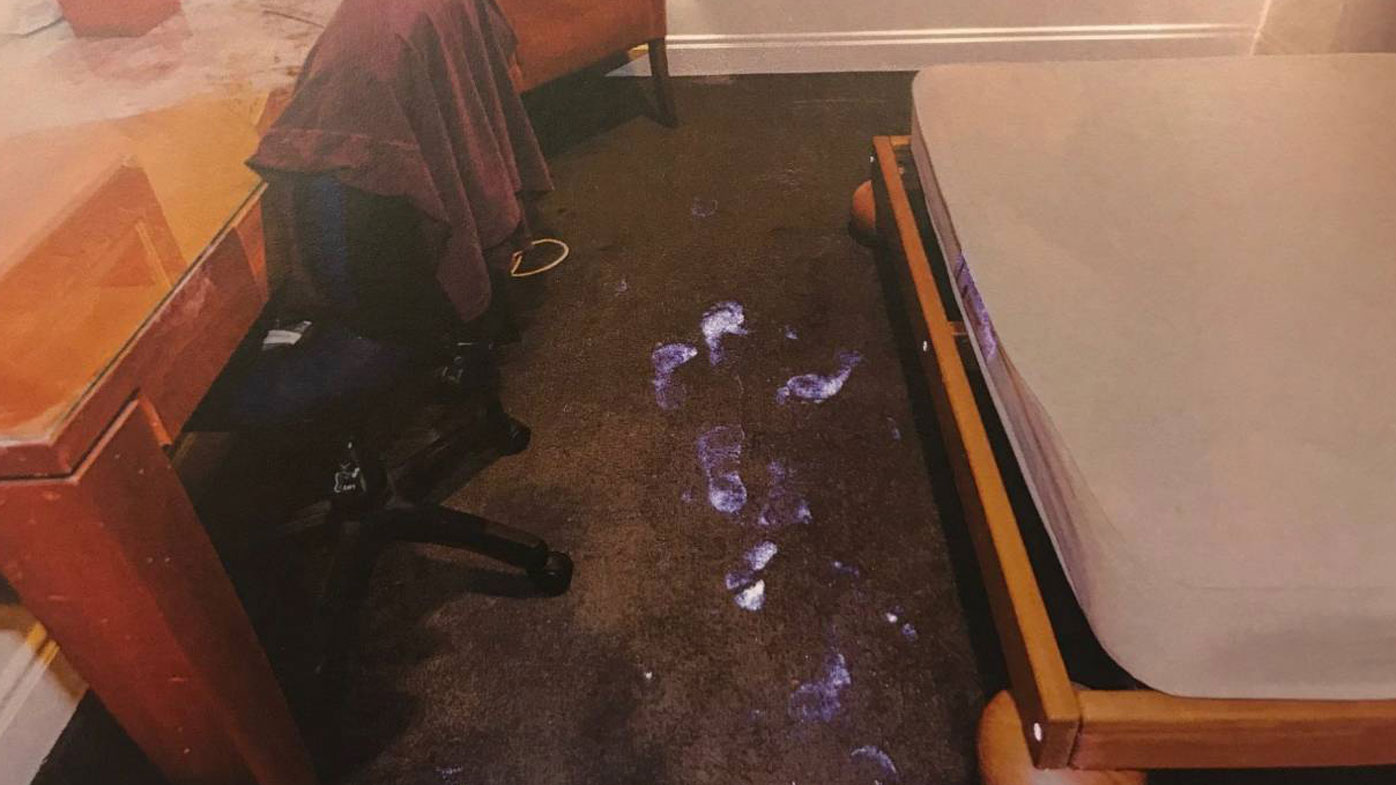 "We've got a list of around 250 women who have been killed in various countries around the world by men who claim at some point that they consented to it. It seems to be especially common in places like Germany, Canada, the US, Australia, Portugal and Spain," Mackenzie told CNN. She said that cases in which defendants allege consensual rough sex follow a similar pattern in other countries as they do in the UK -- often, the deaths are not initially investigated as crimes, and if men are prosecuted, they will be prosecuted for manslaughter, receive light sentences, and in some cases, walk free.

In June 2019, a district court in Bielefeld, northwest Germany handed a 48-year-old man a 10-year prison sentence for the manslaughter of his wife. The defendant told the court that the couple regularly practiced strangulation during sexual intercourse, and claimed that his wife could only climax when he throttled her -- his comments were initially disregarded by the district court as degrading to the victim, but the High Court later ruled that they formed an admissible part of his defense.

In November 2019, Germany's federal court of justice ruled that the prison sentence handed to the man should be reconsidered because the defendant's claims that his wife enjoyed being strangled during sex were not an "aggravating fact" in the case.

A spokesperson for the Bundesgerichtshof told CNN that a regional court will now resentence the man.

Canada grappling with casesIn Canada too, activists and experts are concerned about the proliferation of similar cases.

Lise Gotell, a professor of women's and gender studies at the University of Alberta began compiling data on the use of the "rough sex" defenses after a number of high-profile cases came to court.

In a preliminary search of trials heard by a judge alone, and of pretrial motions, Gotell found more than 100 cases -- including non-fatal assaults, sexual assaults and homicide -- in which the defendant claimed the woman had consented to violent sex. More than half of the cases, she said, came after 2015.

Though Canada has seen numerous cases of sexual violence, one case in particular -- the killing of Cindy Gladue -- has sparked outrage.

Gladue, an Indigenous mother of three, bled to death in a hotel room from an 11-centimeter wound in her vaginal wall in 2011. In a murder trial, prosecutors argued that Bradley Barton, who had paid for sex with Gladue for two consecutive nights, "cut the inside of her vagina with a sharp object with intent to seriously harm or kill her."

Although he admitted causing Gladue's death, Barton denied using a sharp object, and said he believed she consented to the sexual activities, claiming her death was a non-culpable accident.

Court documents note that throughout the trial, Barton testified "at length" about his sexual activity with Gladue the night before her death. Canada's Supreme Court noted that Gladue was repeatedly referred to as a "Native prostitute" by both the defense and the prosecution -- this, the Supreme Court said, had "devastatingly prejudicial effects" on the outcome of the case, and did not dissuade "prejudicial and stereotypical assumptions about Indigenous women working in the sex trade."

READ:  Mardi Gras Host Narelda Jacobs: 'I Buried My Sexuality So Deeply Into The Closet'

Acquitted of murder, Barton will now face trial for manslaughter. 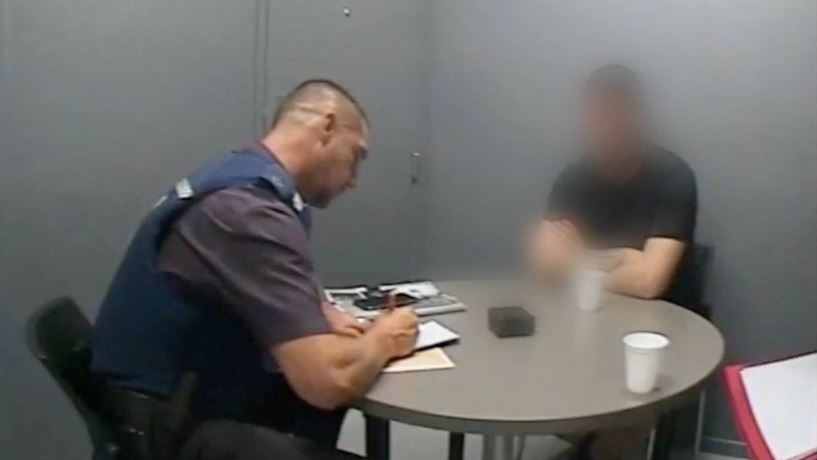 Elizabeth Sheehy, professor emeritus at the University of Ottawa's Faculty of Law, told CNN that a woman's sexual history is often used by defense lawyers in criminal trials.

"I think the allegation in and of itself, particularly if prior sexual history of the victim is used, has the ability to damage a woman's credibility, even if there's no kind of official recognition," said Sheehy, who has taught criminal and sexual assault law for more than 34 years.

"To allege that a woman likes rough sex is to damage her credibility. I think that will have an impact on our ability to hold perpetrators accountable. I also worry that it normalizes this form of violence," she told CNN.

According to UN data, at least 87,000 women worldwide were intentionally killed in 2017, with more than half (50,000) of them killed by intimate partners or family members.

"In every case, the woman's sexual history, alleged sexual history, is presented in court as part of the justification for her killing ... the victim-blaming and reporting on it is the same wherever you go," Mackenzie told CNN.

"Women are blamed for their behavior," said Toni Van Pelt, president of the National Organization for Women (NOW). "Their sex lives are always questioned -- whether or not they are sexually active, and what kind of sexual activity do they participate in, and were they drinking -- these things that have nothing to do with what's happened to them."

"There's no emphasis on the men, and the male behavior. Where is their sexual history, where is their history of violence against women, were they drinking, were they stalking, have they been in jail for this before? The emphasis is that she deserved it, because she enjoyed or had pleasure from sex," Van Pelt added.

Experts say this victim-blaming is exacerbated by the normalization of sexual violence in culture and media.

"The commercialization of sexual violence is relevant in every plot almost, of a book or film or media -- that enables the male perpetrator to rely on those kinds of discourses and narratives," Edwards said.