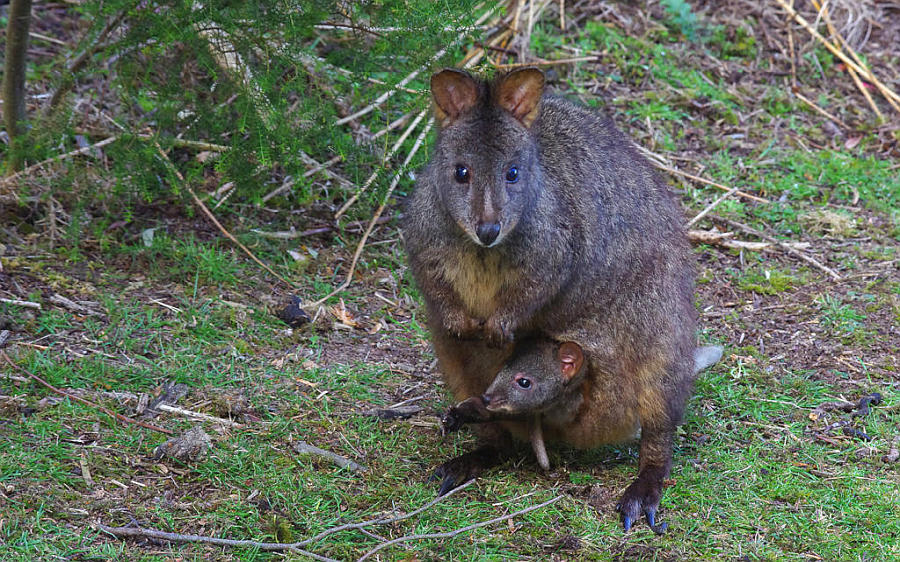 The Animal Justice Party is concerned about the extent of wildlife killing in Tasmania, and they suggest that there are a lots of ways to improve the situation.

Since the arrival of Europeans 200 years ago, our native wildlife has been competing with introduced and farmed animals for their ever decreasing natural habitat, forcing them into an unwinnable war with humans who hunt, trap, shoot and poison these sentient beings simply for foraging for whatever food is available in order to survive.

In particular, the Tasmanian pademelon (also known as the rufous-bellied pademelon) and the Bennett’s wallaby (also known as the red-necked wallaby), bear the brunt of this cruelty during a 12-month ‘season’ on both species which allows licensed commercial and recreational shooters to kill them in their thousands.

Approximately 7,500 Tasmanians can hold a ‘wallaby licence’ in any one year with no bag limits, resulting in an estimated 900,000-1,000,000 macropods being slaughtered annually.

However, at least 2,000,000 native animals are believed to be killed annually by primary industry in Tasmania alone. All of this is out of sight and out of mind for most  Tasmanians who are oblivious to the fact that this carnage and cruelty occurs daily and is completely legal.

Recently, a gruesome picture was circulated on Facebook, showing 140 dead pademelons piled callously into a large heap with several hunters standing proudly behind them.

This image induced a backlash of community outrage, as most Tasmanians have no idea that this is common practice, let alone carried out in such large numbers.

This prompts the question: is there a social license for such compassionless and appalling behaviour and treatment of our native animals?

The Animal Justice Party thinks that there is not.

Who is policing our hunting community?

To protect their own vested interests, the hunting community and governing bodies justify this  killing by labelling native animals as ‘vermin’ stating they ‘breed like rabbits’ and are in ‘plague proportions’. In fact, Tasmanian pademelons and Bennett’s wallabies have just one joey per year, making it impossible for their population to grow rapidly.

READ:  CEO of company behind COVID-19 vaccine bungle stood aside

A more credible explanation for their perceived abundance is the ‘edge effect’: what appears to be huge mobs of macropods are simply populations grazing on a small area near protective bushland, but this is not an indication that the bushland is teeming with wildlife.

Not only does the Tasmanian government condone, support and even encourage this appalling hunting mindset, it also issues 1080 poison licenses – an act that defies belief.

Furthermore, our tax-payer dollars subsidise much of the payroll for the public servants who are supposedly paid to police cruelty among hunters. In their role, these public servants conduct population counts and carry out a myriad of other associated administrative tasks that have all been designed to justify native animal culls in the name of ‘management’, but these tasks are done in order to protect industry rather than our wildlife.

It would be concerning enough that these species are being killed in such large numbers, but this is compounded by the inadequate methods the government uses to monitor our wildlife numbers. One common method is spotlight counting, which is perhaps the quickest and easiest method for determining animal presence but is also notoriously inaccurate for determining animal abundance.

The AJP believes that the hunting of native animals has no place in our state and should be phased out entirely. We ask the Tasmanian government to enforce existing rules around hunting. This includes random spot checks to ensure that hunters are complying with rules in the field, skills tests for hunters to ensure that they have the skills to comply with hunting standards, and increased age limits to get children off the hunting ground.

Penalties also need to be increased for non-compliance with laws, particularly where non-compliance involves animal cruelty, to provide adequate disincentive for those who are willing to flout the laws. All department activities related to hunting should be funded by increases in the cost of licensing so that hunters are funding the infrastructure required for their operation, rather than the general public.

To further enhance the hunting experience, Tasmanian hunters are permitted to take their dogs along for some ‘fun’ as well. Under the current hunting standards, dogs are permitted to chase and flush wildlife from undergrowth, enabling shooters to take their shot. If this were to happen in a suburban environment, these dogs would be seized and declared dangerous. 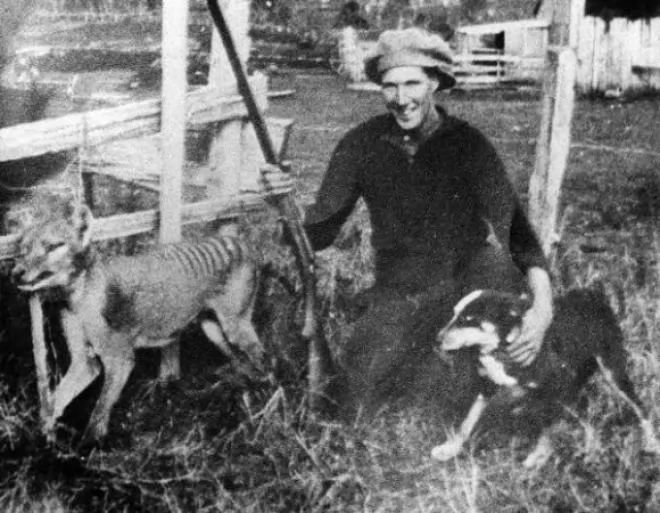 While the laws prevent dogs from catching and killing animals, the AJP has received some disturbing vision of hunters illegally encouraging their dogs to chase down and attack wildlife. Many other animals such as wombats, Forester kangaroos, brushtail possums, and various  birds  also fall victim to the unsavoury practices of the hound-hunting community. We have also seen numerous reports of lost hunting dogs being found emaciated and injured.

This is not simply a bit of fun, it is unnecessarily cruel and out of line with community expectations. The rules that govern hunting with dogs are not, and indeed cannot, be adequately enforced. It’s clear that using dogs in hunting must be outlawed for the welfare of both wildlife and the dogs themselves. In addition, dogs that are experienced in violence toward wildlife could pose a threat to people and companion animals.

Human behaviour and the impact of the farming-wildlife interface should be monitored and reexamined to enable effective cohabitation with all native animals.  The sheep and cattle industries have decimated much of the world’s ecosystems and Tasmania is no different.

If we are to have a thriving native animal population, environment and food bowl, industry needs to adopt non-lethal strategies to ensure all three survive as they are dependent on one another.

A transition to growing crops directly for human consumption would help achieve this outcome, as approximately 70% of crops grown nationally are for farmed animals. This would allow our rural sector to utilise less land for farming.

A better understanding of wildlife-friendly fencing strategies should be encouraged. Fencing an entire property can force over-grazing onto neighbouring properties, whilst fencing only a portion of a property each year will allow wildlife population numbers to naturally adjust as they breed according to food availability. While fencing can be expensive, it is also an investment in yielding larger crops and the spare time saved in culling wildlife could be better used to maintain fence lines.  To further prevent ongoing fence line damage, installing wombat gates (see below) should also be encouraged.

Furthermore, we need to understand the dietary and grazing habits of wildlife. Planting crops such as eucalyptus can help deter grazing of crop plants whilst research shows that planting vegetation that provides preferred food or makes the area less attractive is also effective, just as growing cover crops can protect forestry seedlings. The use of netting has proven very effective in eliminating almost all bird damage in orchards and vineyards and better site choices for these industries as well as forestry is crucial.

In order to encourage non-lethal strategies, the Animal Justice Party calls on the Tasmanian government to provide grants to crop farmers to help them meet the cost of any necessary investment needed to achieve harmonious cohabitation with native wildlife.

The Animal Justice Party (AJP) is the only political party in Australia dedicated to protecting all animals. With three members of parliament now elected, the party is rapidly becoming a political powerhouse for animals. Our Victorian and New South Wales MPs are already taking huge steps forward for animals, holding the government to account, and introducing bills to end animal cruelty.