A series of bills was approved on Monday night, with two packages worth $17.6 billion and $66 billion at the heart of the Morrison government's response.

In separate legislation, the government set aside a further $40 billion for urgent and unforeseen spending associated with the pandemic, likely to cause a recession.

Jobseeker, youth allowance, parenting and special benefit payments will be boosted by $550 a fortnight.

The government will no longer need legislation to make changes to welfare settings after passing an amendment to the package, giving the social services minister unprecedented powers.

There will also be two $750 payments for welfare recipients. Small lenders will get a $15 billion boost from the government while businesses will get cash injections to encourage them to keep staff on during the crisis.

A range of other measures are included in the packages, including targeted support for the tourism and aviation sectors.

Labor supported the government in rushing legislation through parliament despite raising concerns about some of the measures.

The opposition argued the payments would not be in people's pockets until late April while also criticising the decision to allow people to access their superannuation early.

Prime Minister Scott Morrison addressed a scaled-down House of Representatives on Monday, invoking the spirit of the Diggers.

"So we summon the spirit of the Anzacs, of our Great Depression generation, of those who built the Snowy, of those who won the great peace of World War II and defended Australia," Mr Morrison said.

Labor leader Anthony Albanese said most Australians only knew stories of war, hunger and financial strife from their grandparents.

"This is a time for national leadership, consistent messages, clear directions," he said.

Treasurer Josh Frydenberg has hinted at the potential need for a third stimulus package down the track, as Australia faced its biggest challenge outside of war time. 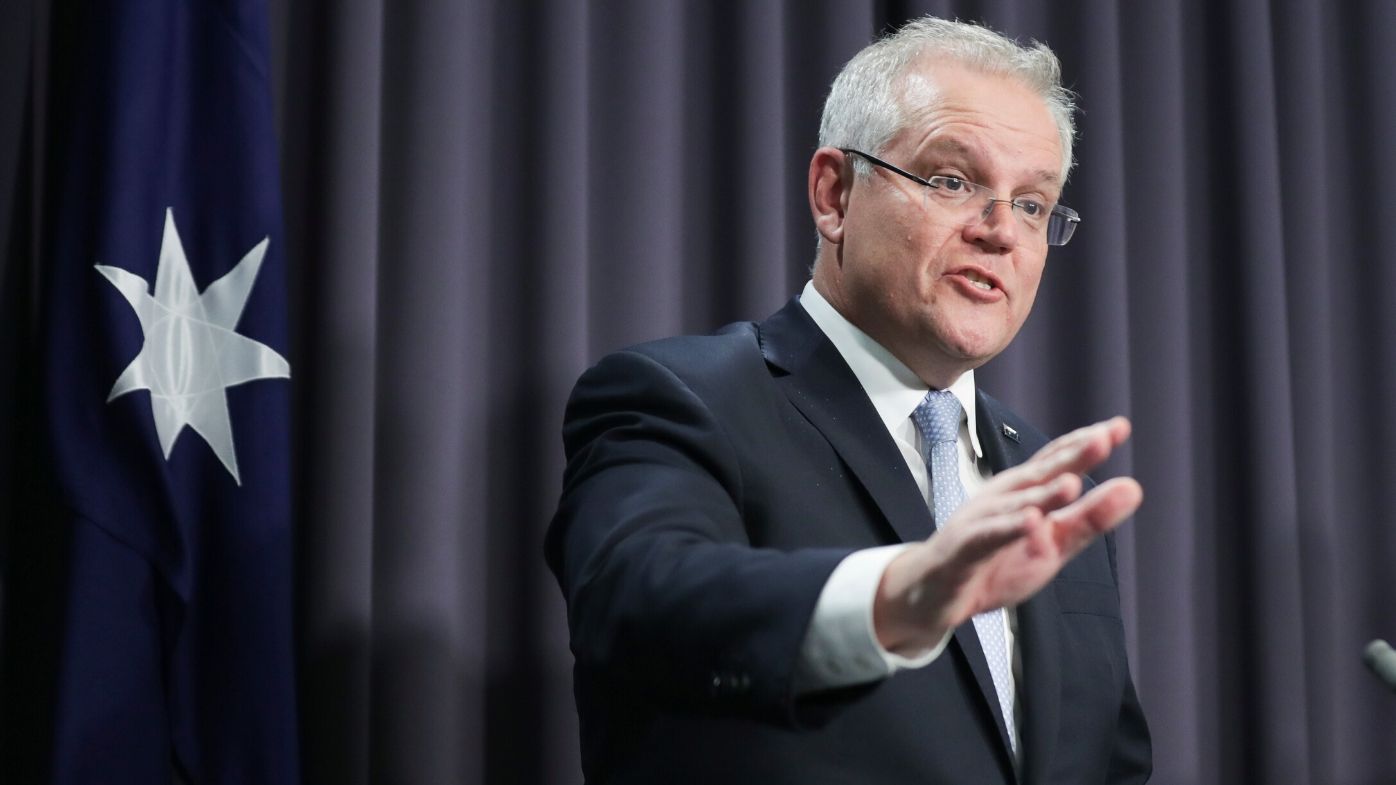 "We confront an enemy without a flag or a face and we are deploying every weapon in our arsenal to defeat it," he told parliament.

"We will bounce back as a nation stronger than ever."

Mr Frydenberg told parliament superannuation was the "people's money" and would be freed up by the government.

The pandemic has seen tens of billions of dollars wiped off share prices in the past few weeks.

Members and senators abided by new rules to ensure there are four square metres for each person, and no more than 100 people in a room at any one time.

The House of Representatives agreed on a new parliamentary sitting calendar, with politicians next due to return in August.

The next scheduled sitting was to have been in May for the federal budget, which has now been postponed until October 6.