A man walking his dog has crash-tackled a suspect fleeing police as a helicopter above filmed the dramatic citizen’s arrest.

A man walking his dog has crash-tackled a suspect fleeing police as a helicopter above filmed the dramatic citizen's arrest.

The man was walking across a foot bridge in Mermaid Waters on the Gold Coast when he saw a person running.

The dog-walker, wearing a singlet and thongs, had the forethought to grab the suspect and pull him to the ground. He holds him there until police arrived. 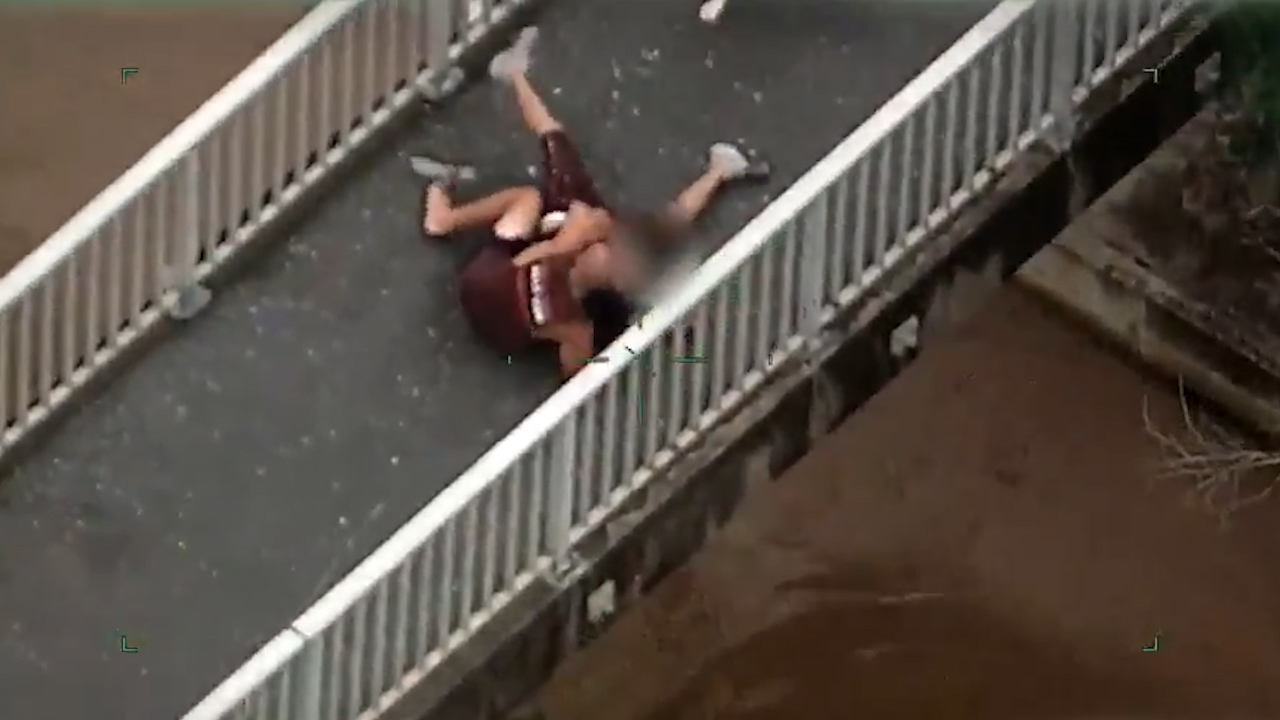 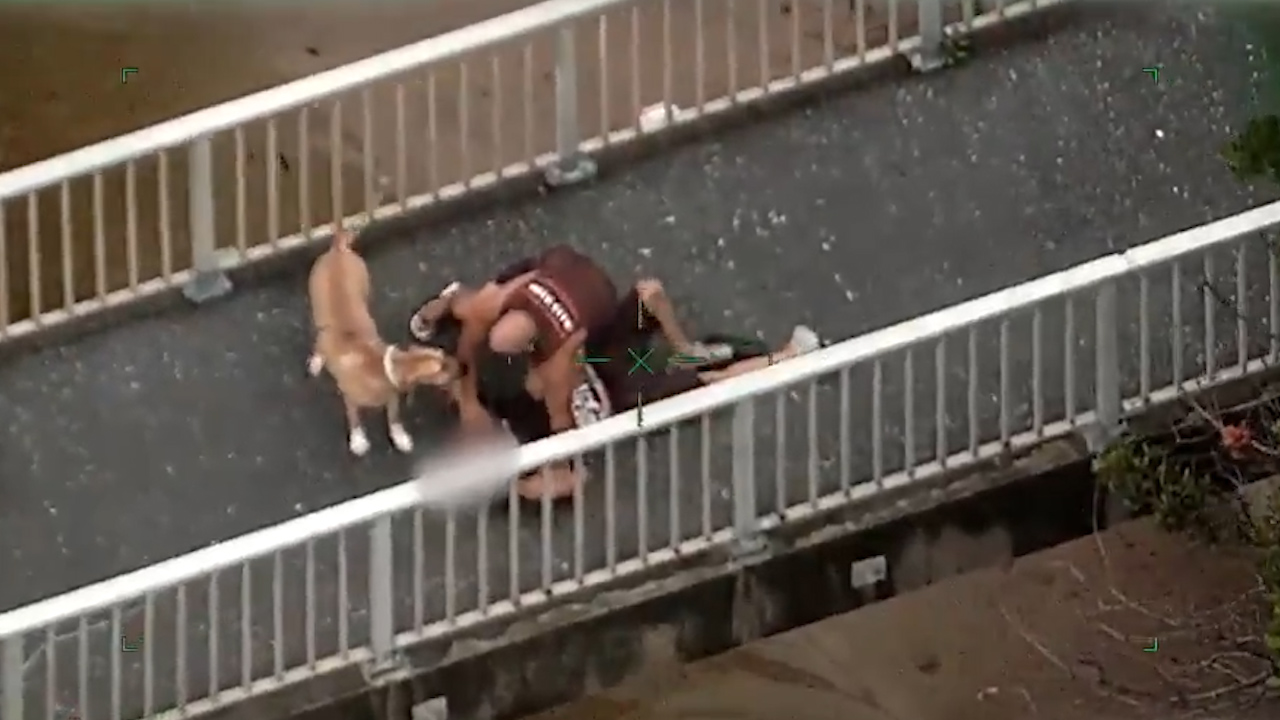 His dog stands beside them, tail wagging the whole time.

As police swarm in, the dog-walker picks up the dog leash and continues his walk. He then casually high-fives an officer running over to help with the arrest.

Earlier, police allege the man was behind the wheel of a stolen white Toyota Hilux Ute parked on Lakeview Boulevard.

When police attempted to intercept him and deployed tyre spikes, he allegedly rammed a police car and reversed into another.

Video shared by Queensland Police shows an officer leap out of the way as the ute reverses. 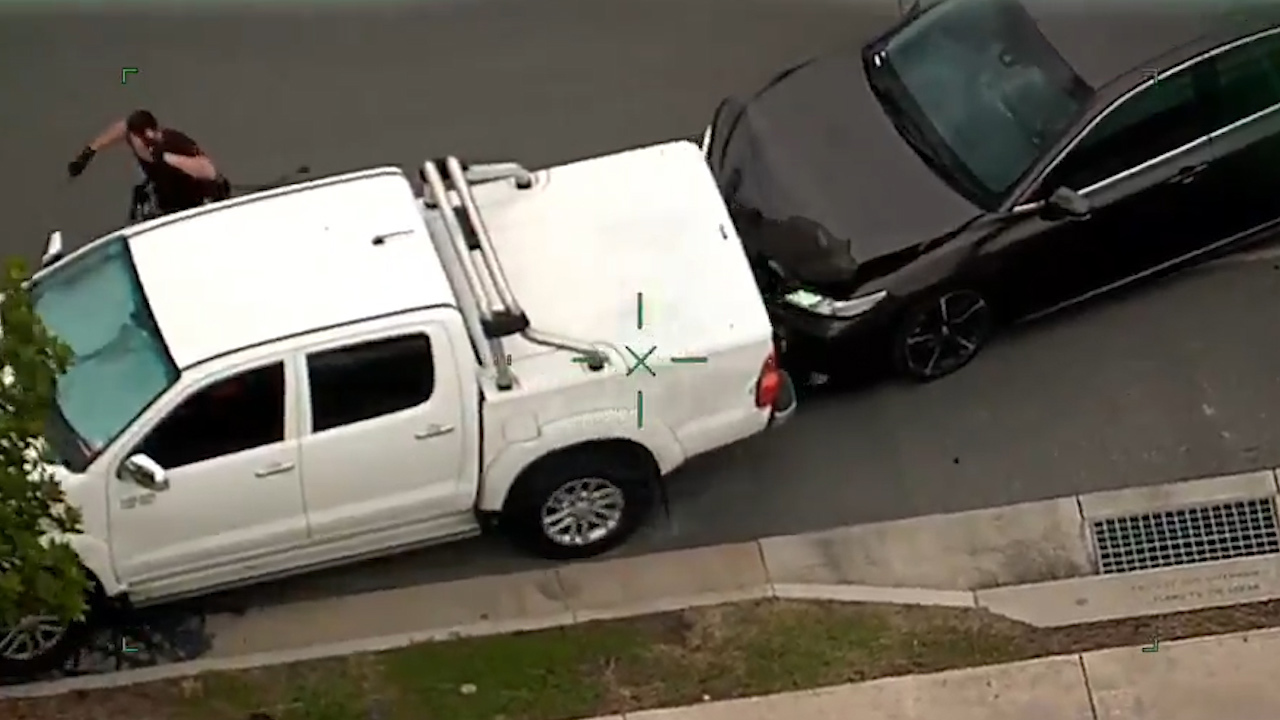 He didn't get far before reaching a dead end at Dunlop Court, where he allegedly fled on foot and was stopped by the Good Samaritan.

The 40-year-old was charged with dangerous operation of a vehicle, driving a motor vehicle without a licence, offences involving registration certificates, possession of dangerous drugs and possession of utensils.

A 16-year-old girl also in the ute was also taken into custody.

Police are working to track down the Good Samaritan who left the scene with his dog not long after police arrived.

READ:  Tas That Was – the Penitentiary at Port Arthur
Shares
Share This
Finance Advice 2021