A footballer who tried to break up an on-street ball is facing surgery on his birthday after he was the victim of a one-punch attack in Melbourne.

A footballer who tried to break up an on-street brawl is facing surgery on his birthday after he was the victim of a one-punch attack in Melbourne.

Chevy Anderson, a 27-year-old carpenter who plays with the Balwyn Tigers FC, left the Swan Hotel in Richmond with his teammates early on Sunday morning.

They diffused a fight between a group of young men nearby, but as the footy players walked away, the men approached them again. 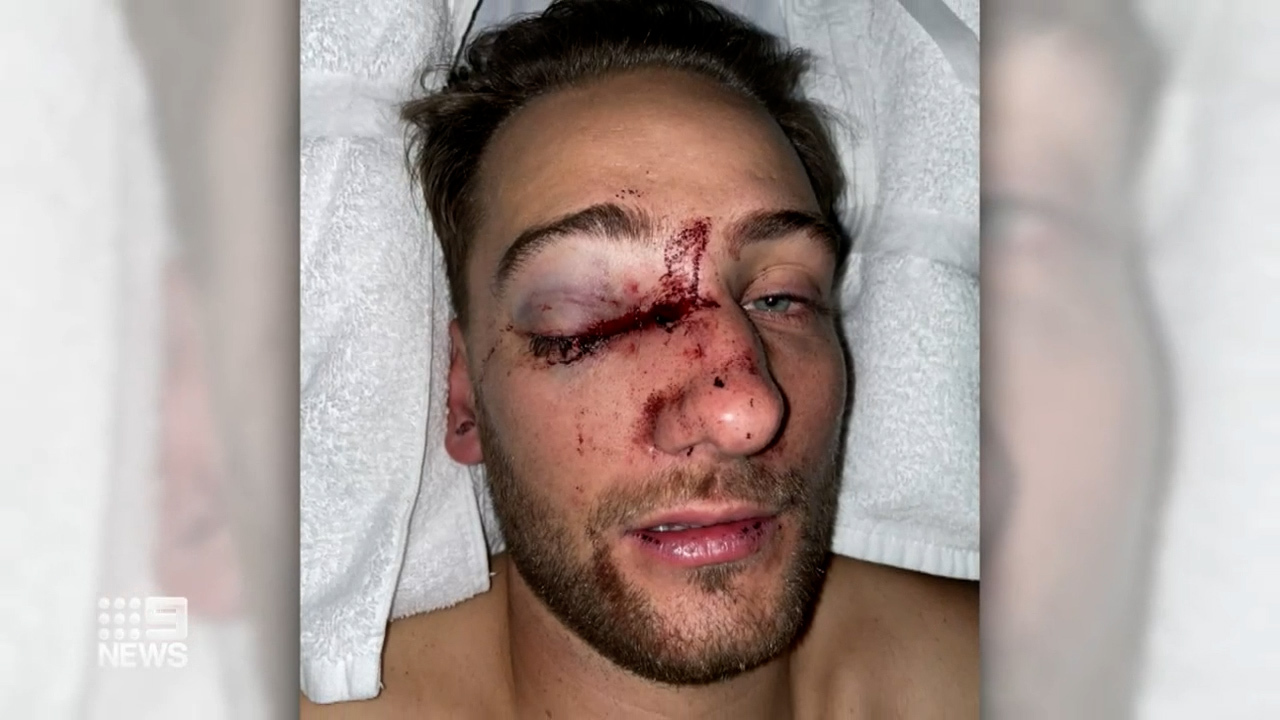 One team member, Jye Chirgwin, said Mr Anderson had been backing away when he was hit.

"He fell straight back onto his head and was out for a few seconds," the man said.

"And then as he started getting up, that's when the blood started coming everywhere and he's fallen back over."

A passing ambulance stopped immediately to help, but Mr Anderson's friends claimed the attackers walked away, and were only about 50m up the road when police arrived.

A 20-year-old Mt Eliza man was arrested and is set to be charged with assault.