Bushfire-ravaged Victorian communities have been warned of severe storms and flash flooding, as up to 70 people prepare to return to Mallacoota.

Bushfire-ravaged Victorian communities have been warned of severe storms and flash flooding, in the wake of a damaging weather supercell which created havocked in Melbourne.

Heavy rain, damaging winds and large hail are possible in eastern parts of the state over two days.

It comes after trees damaged properties and a major highway was brought to a standstill as a huge supercell brought giant hailstones to Melbourne yesterday afternoon. 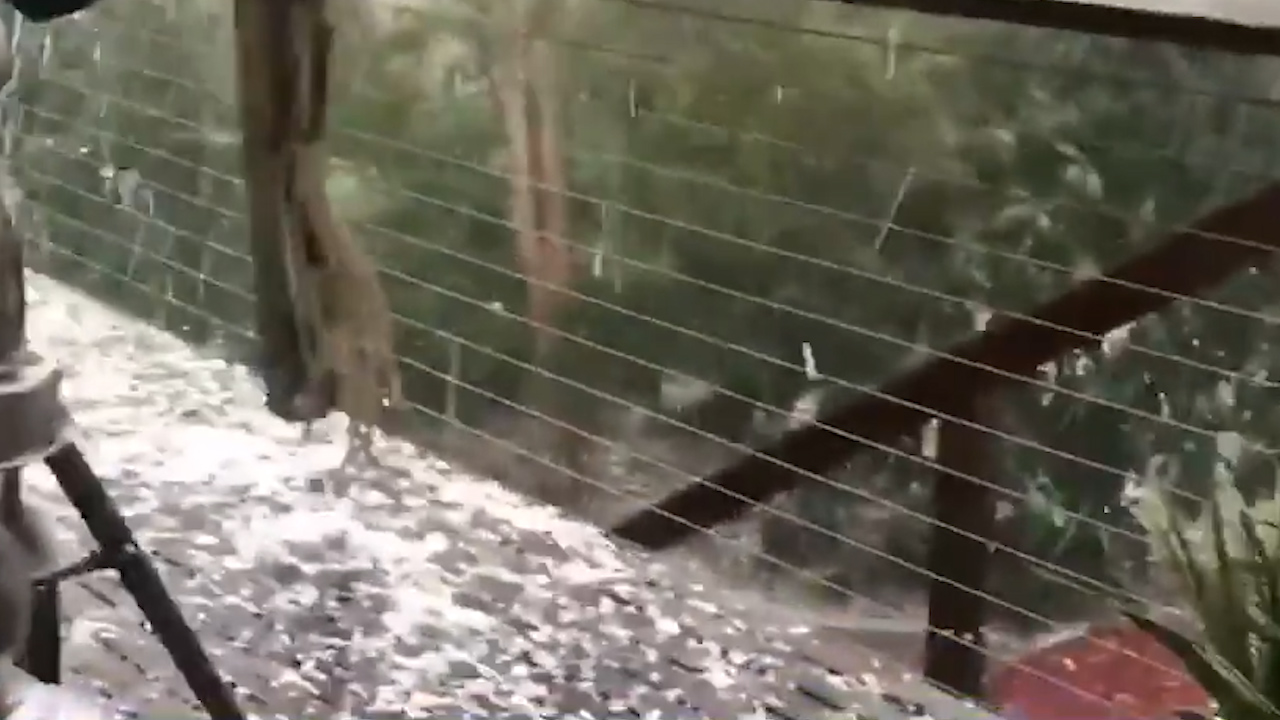 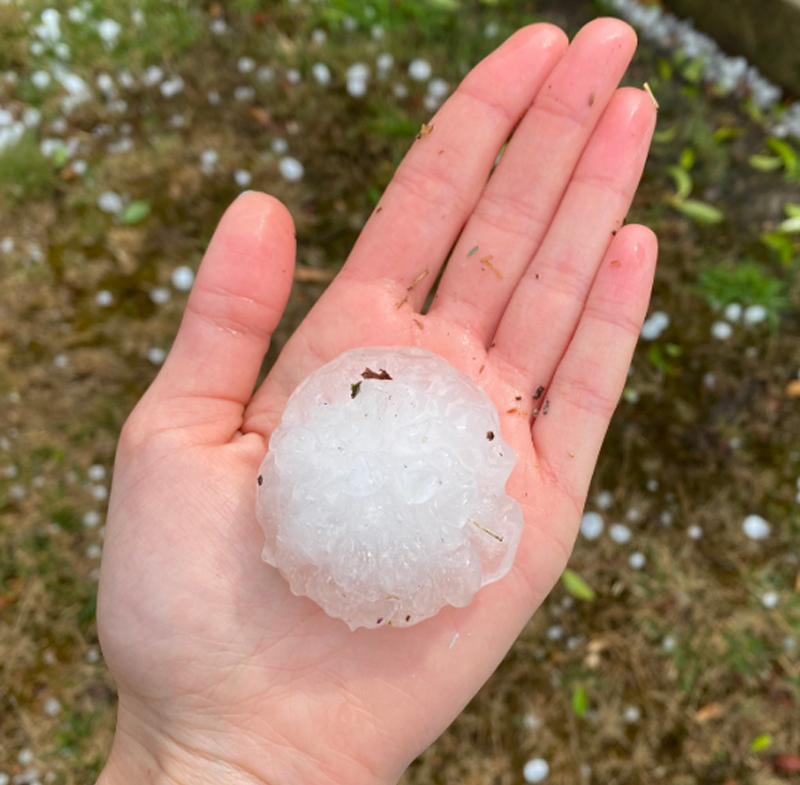 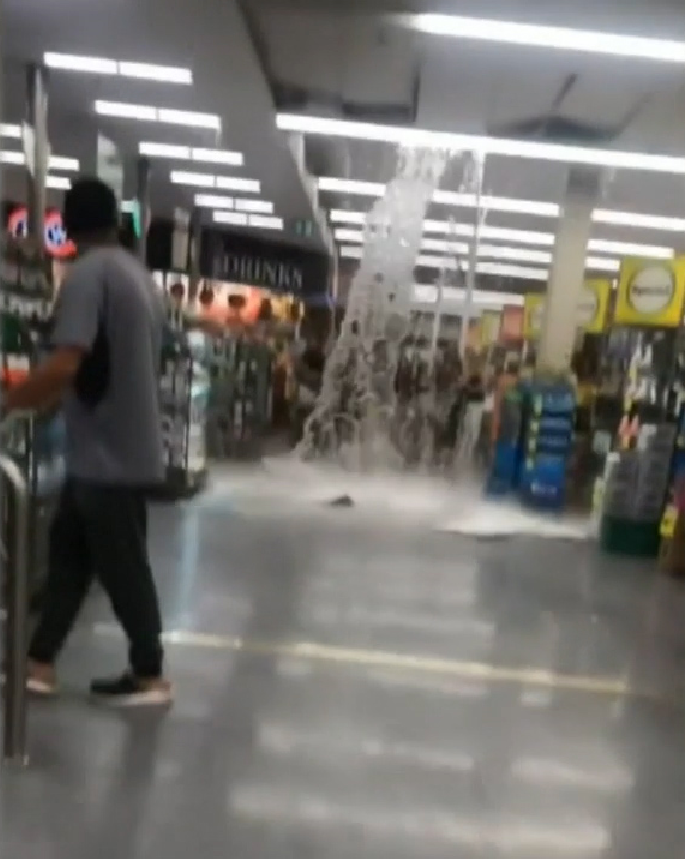 Hailstones as large as 5cm in diameter pummelled Melbourne's east, southeast and city centre, as heavy rain brought flash flooding, with more on the way today.

"We're going to see some potentially flash flooding and severe thunderstorms over the next couple of days, including some damaged fire areas," Emergency Services Minister Lisa Neville said.

She also told reporters up to 70 people were expected to fly back into the small town of Mallacoota, where bushfires trapped thousands on the beach. 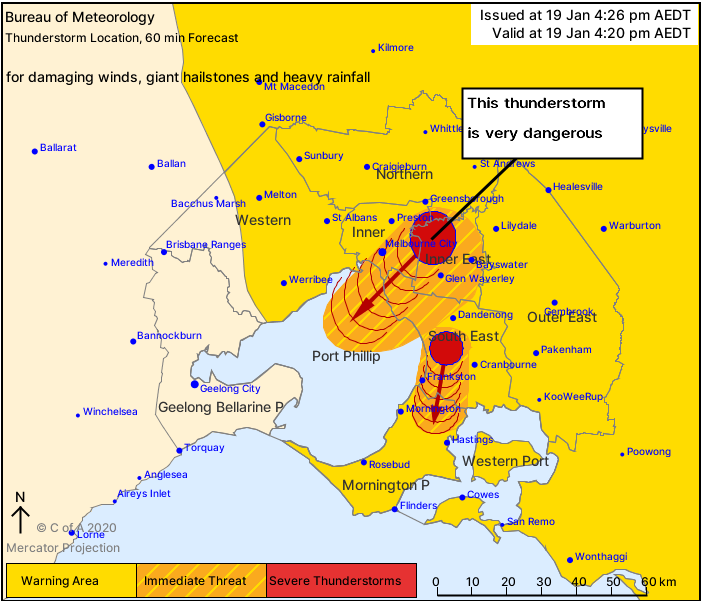 "We're hoping tomorrow ... 300 people want to fly back in and that'll be our first priority and we're looking at around 70 people to fly back in tomorrow," Ms Neville said.

She said people who were reuniting with family members that stayed in the stranded East Gippsland coastal town were the priority.

The government is also hoping to clear roads to the isolated community so people could access properties and vehicles abandoned due to the fires. 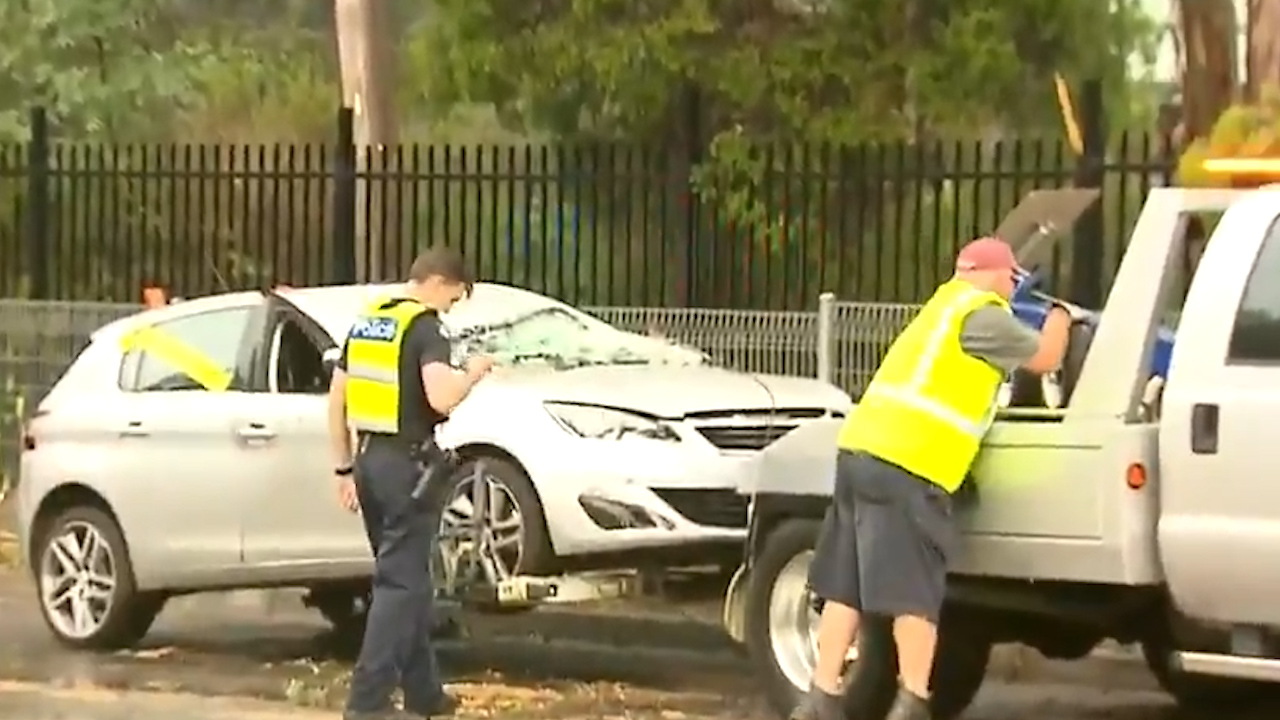 The weather bureau confirmed the state was about to be hit by downpours but the rainfall would be "hit and miss" and unlikely to put out blazes.

"Victoria is about to see its wettest two-day period in many, many months," Bureau of Meteorology senior forecaster Dean Narramore said.

The weekend saw firefighters work to contain a blaze at French Island at Western Port which started on Saturday.

An emergency warning was issued last night for a bushfire in central Victoria threatening lives and homes in Pastoria.

It was later downgraded to a "watch and act" early this morning.

Across the state, 396 homes have been destroyed in bushfires and more than 600 outbuildings including sheds have also been razed.

More than 223 blazes started in Victoria in the last week and of those, 20 were classed as "significant" and burned more than 50 hectares.

Last night, the Monash Highway was brought to a standstill as giant hail forced motorists to pull over, while in Templestowe the ceiling of a Woolworths supermarket collapsed, sending shoppers running for cover.

One couple were taken to hospital for checks after a large tree branch fell on their car as they drove home from lunch on Bulleen Road in Bulleen.

The car had to be towed, the car's bonnet crushed and the front windscreen completely shattered.

The incident was one of dozens of reports of cars being damaged during the ferocious storm.

The severe thunderstorm warning was issued for a large swath of Victoria, encompassing all of the Northern Country, North Central, North East, West and South Gippsland regions and parts of Central and East Gippsland.