A golf course in Melbourne’s south-east has fallen victim to an anti-Semitic attack, with obscene images and Nazi Swastikas graffitied across the turf in a disturbing display of vandalism.

A golf course in Melbourne's south-east has fallen victim to an anti-Semitic attack, with obscene images, homophobic slurs and Nazi Swastikas graffitied across the turf in a disturbing display of vandalism.

General Manager Cameron Mott told 9News the vandalism likely occurred late on Tuesday night, with staff noticing the area had been gouged out and graffitied yesterday. 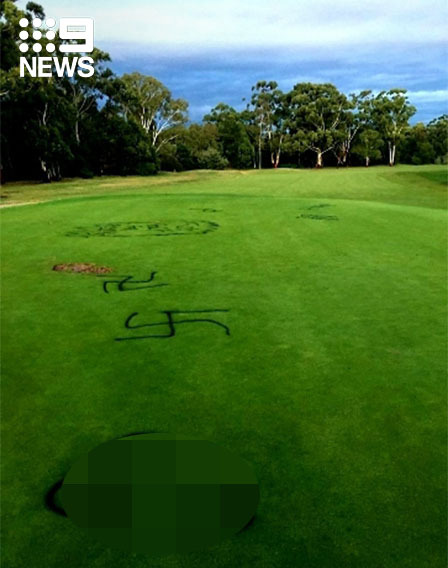 He said the club had taken the hole out of play while they attempt to cover the vandalism up with turf paint.

The golf club was founded in 1953 by members of the Jewish community after they were excluded by other elite Melbourne clubs.

About 50 per cent of the club's membership is Jewish.

"This is not just graffiti on the ground— it is an attack on all of us," he said.

"The vile stampede of neo-Nazi defacement that has defiled our city. If this hate spree continues, Melbourne will soon be known as the Swastika capital of Australia."

The vandalism follows several recent incidents including at Caulfield, Beulah, Kyabram and Wagga Wagga, where Nazi symbolism had been used in deliberate attempts to intimidate and threaten a range of minority groups. 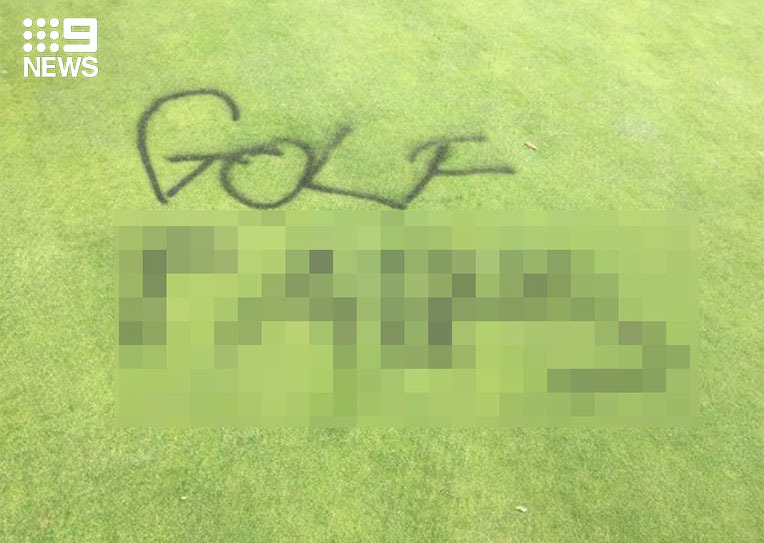 Shadow Minister for Police and Community Safety, David Southwick announced a policy to ban the public display of the Nazi Swastika and other Nazi symbols earlier this year.

"Victoria is a proudly multicultural and tolerant community and the use of this imagery in targeted attacks must never be accepted," Mr Southwick said.

"The Nazi Swastika is a symbol of hate and this incident reinforces the need for the Andrews Government to work with the Liberal Nationals and pass bipartisan legislation banning its use."

Police confirmed they were investigating the incident.