More than 300,000 people around the world have now died globally from the coronavirus as the pandemic passed yet another bleak milestone.

More than 300,000 people around the world have now died globally from the coronavirus, according to figures from Johns Hopkins University, as the pandemic passed yet another bleak milestone on Thursday.

More than 4.4 million cases have also been recorded, according to the university's count. Given the varied ways in which different countries report COVID-19 figures and the vast societal impact of the pandemic, the true number of infections and fatalities could be far higher.

The towering death toll nonetheless captures a world slowed to a standstill by the virus, with governments just beginning to creep out of crippling lockdowns and powerhouses like the United States and United Kingdom still struggling to get a handle on their outbreaks.

Warning of 'darkest winter' by US whistleblower

Whistleblower Dr Rick Bright warned the U.S. lacks a plan to produce and fairly distribute a coronavirus vaccine when it becomes available. Bright told a congressional panel the nation could face "the darkest winter in modern history" unless leaders act decisively. Bright alleges he was ousted from a high-level scientific post after warning the Trump administration to prepare for the pandemic.

Worries about having enough to eat are adding to the anxiety of millions of people across the United States, according to the COVID Impact Survey. It found 37 per cent of unemployed Americans ran out of food in the past month and 46 cent were worried about running out. 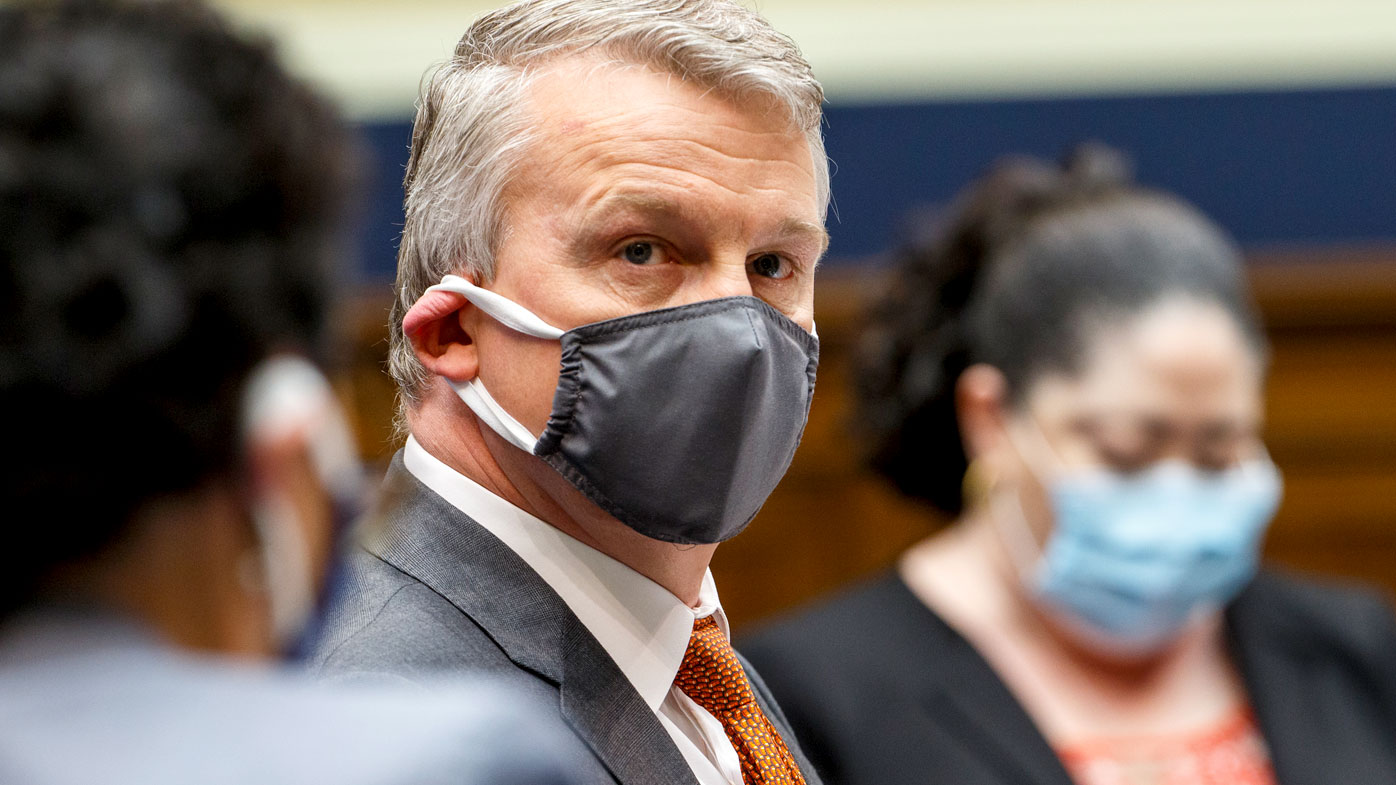 Republican Sen. Richard Burr of North Carolina stepped aside as chairman of the Senate Intelligence Committee after the FBI served a search warrant for his phone as part of an insider trading investigation tied to the coronavirus pandemic. The Justice Department is investigating whether Burr broke the law with a well-timed sale of stocks before the coronavirus caused markets to plummet.

READ:  Ancient python species found in what used to be ancient lake

US President Donald Trump says he's intent on building the nation's stockpile of ventilators, masks and other equipment to meet future health threats.

Trump says his administration has awarded contracts for nearly 200,000 ventilators and 800,000 N95 respirators and facemasks. He says his goal is to produce "everything America needs for ourselves and then export to the world, including medicines."

France's cumulative death has toll edged back above Spain's as the health ministry reported that the number of people who died of COVID-19 in the past 24 hours increased by 351 or 1.3 per cent to 27,425.

Spain earlier on Thursday reported 217 new deaths, taking its toll to 27,321. France's toll first jumped over Spain's on Tuesday but dipped below it on Wednesday. 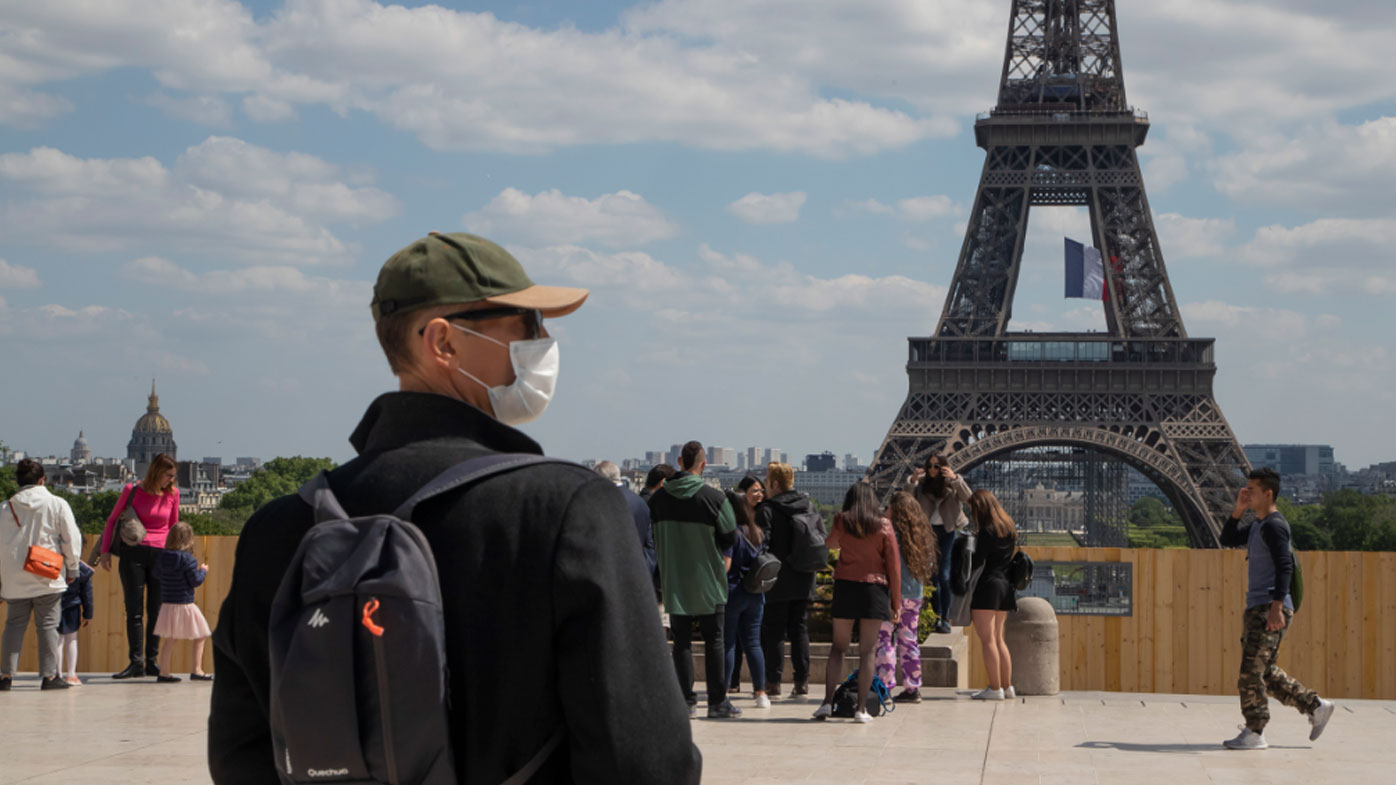 Brazil, where the casualty rate is climbing quickly, has the sixth most deaths with 13,149 fatalities.

Britons have joined in a weekly round of applause to pay tribute to care workers and hospital staff as the country gingerly starts to return to work.

People across the United Kingdom have been cheering, banging pots and pans and playing musical instruments every Thursday evening since the applause become an emotional weekly ritual when it first took place on March 26.

Prime Minister Boris Johnson announced a very limited easing of Britain's coronavirus lockdown on Sunday, adopting a cautious approach to try to ensure there is no second peak of infections that could further hurt the economy and cost lives.

The Vatican is planning to check the temperatures of the faithful before they enter its basilicas for Sunday Mass in new hygiene measures announced ahead of the resumption of liturgical celebrations amid the pandemic.

The measures announced Thursday for the Vatican's four Roman basilicas — including St. Peter's Basilica in Vatican City — are even more stringent than those adopted by Italian bishops for ordinary parishes around the country. 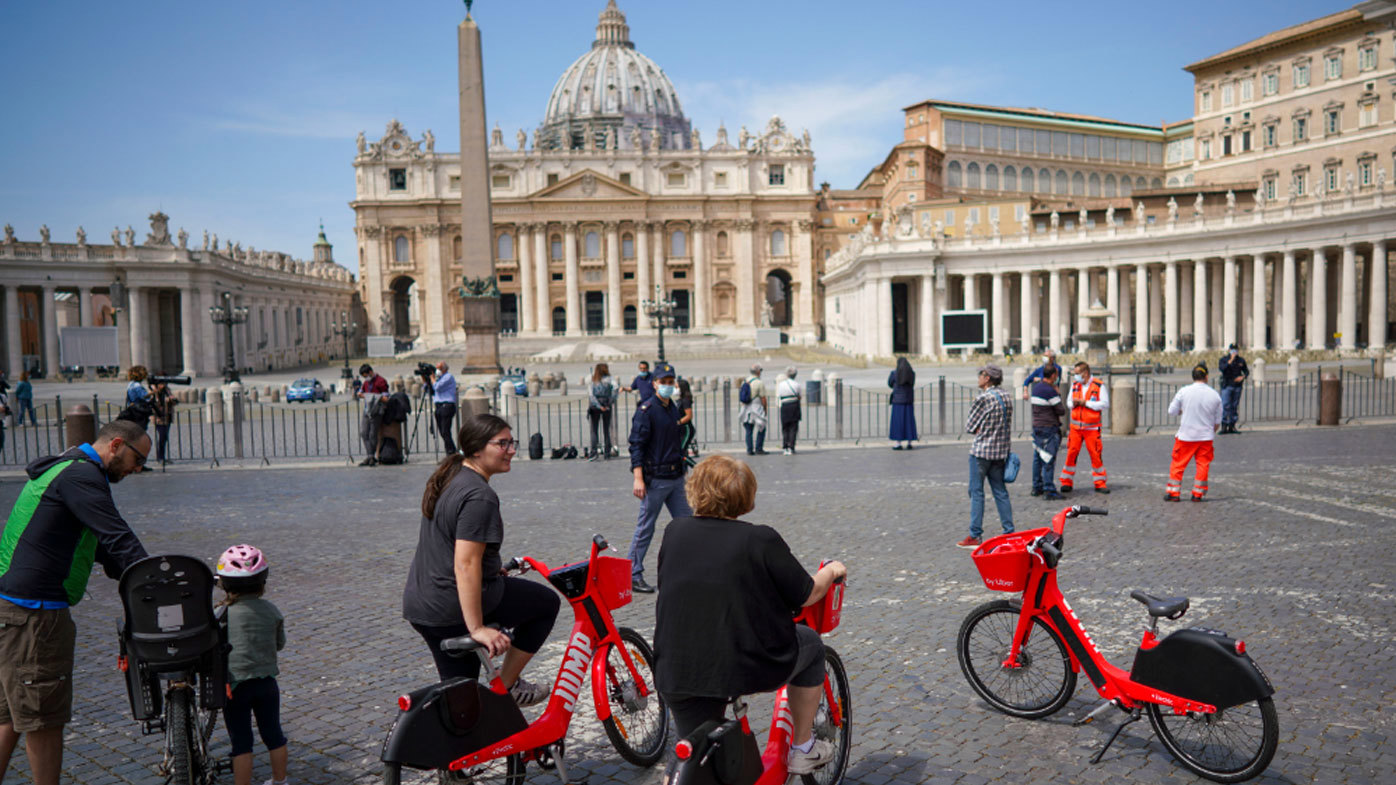 Germany's parliament approved plans to increase the amount paid to people who spend months in a government-backed short-time work program during the coronavirus crisis.

Companies are making extensive use of the program, which was credited with keeping down unemployment in the financial crisis over a decade ago. It allows them to keep employees on the payroll while they await better times.

Those announcements came after Italian Prime Minister Giuseppe Conte promised a massive package of tax cuts and other financial aid to help businesses and families. "Your cry of alarm didn't escape us," Conte said.

His government also promised to legalise the status of foreigners, many of them illegal migrants who are crop-pickers, baby-sitters and caretakers.

More than half of Italy's 20 regions registered fewer than 10 new cases of COVID-19 on Thursday, according to Health Ministry figures.

In the entire country, 992 new cases were reported in the 24-hour period since Wednesday evening, raising Italy's overall number of known coronavirus infections to 223,096.

READ:  Tasmanian Premier hospitalised after falling ill in his office

Brazilian President Jair Bolsonaro warned of looming "chaos" as he once again lambasted governors and mayors who introduced lockdowns in cities to limit spread of the new coronavirus.

Bolsonaro told journalists in Brasilia the lockdowns and closing everything "is the path to failure. It will break Brazil."