A bridge in the US is under urgent repair after a tourist managed to crack a glass panel underneath them.

A tourist managed to crack the clear glass floor of the largest pedestrian suspension bridge in the US, forcing the landmark in the Gatlinburg, Tennessee, to close overnight for repairs.

Gatlinburg's SkyBridge stretches 207 metres across a valley in the Great Smokey Mountains and has three glass panels in the middle that allow visitors to see the ground 42 metres below.

The guest ignored the bridge's "no running, jumping, or bouncing" rule and attempted to do a "baseball-style slide" across glass panels, according to a news release from Gatlinburg SkyLift Park. 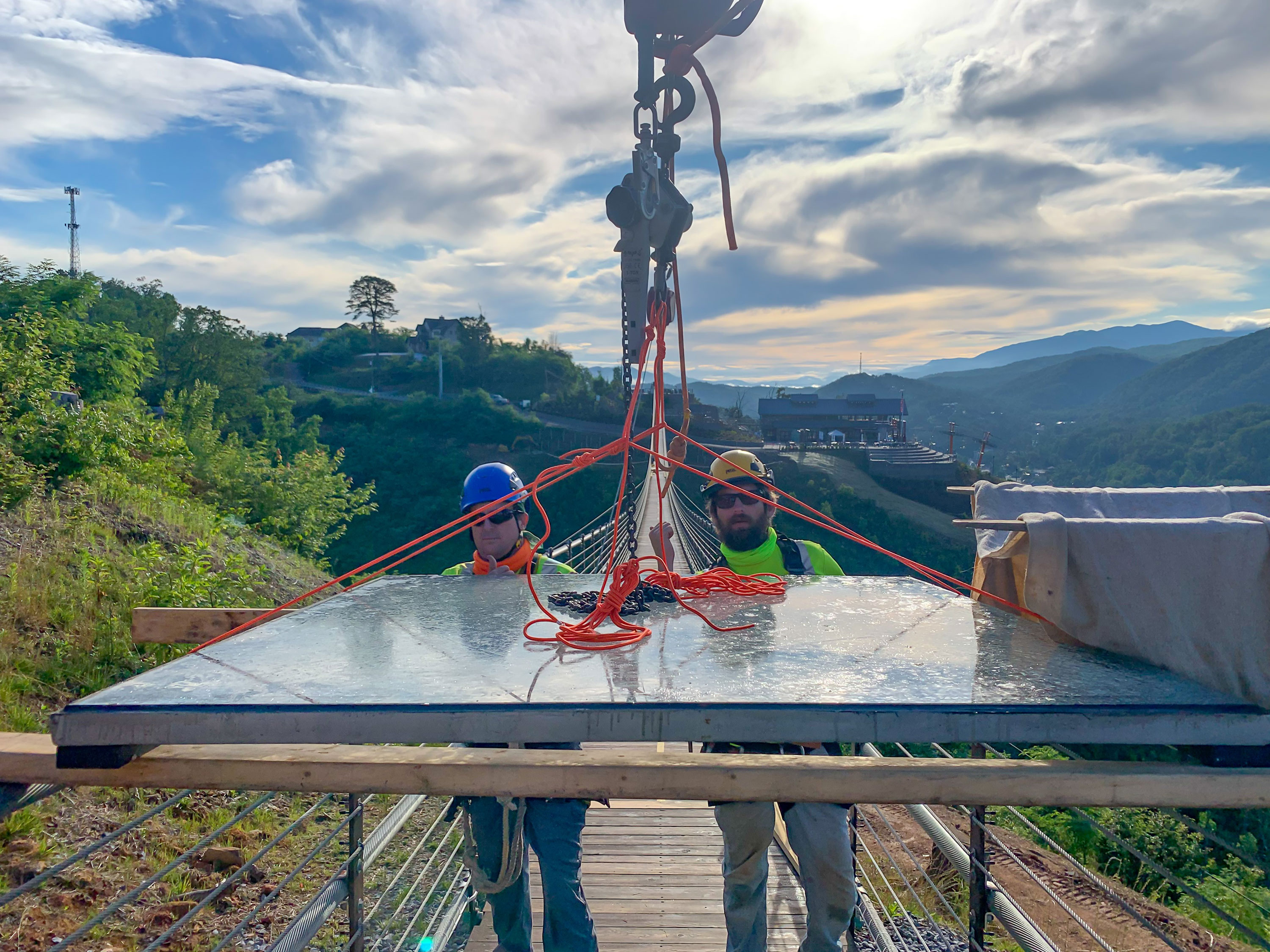 "Upon impact, a metal object on the guest's clothing chipped the glass, resulting in noticeable cracks in the protective top layer of one glass panel," the release said.

The incident happened at about 8.30pm on Monday (local time), and the bridge reopened yesterday morning.

Christy Grimes, an employee at CNN affiliate WAFF, was on holiday in Gatlinburg and was turned away from the attraction.

"An employee told us that someone managed to break the top layer of glass," Grimes told affiliate WVLT.

According to the park, the top layer of glass is designed to protect the other two layers of the material and the damage did not affect the structural integrity of the bridge.

No one was injured in the incident, and park officials said no one was ever in danger.

Developers used more than 450 tonnes of concrete for its foundation, five kilometres of cable and 1400 cedar planks to build the bridge, which opened in May 2019.