In a video posted to his Instagram account, Jones could be heard telling two young men wearing masks to "give me the spray can".

The two men relented and gave Jones their spray paint cans. Someone off camera could be heard saying, "That's not the way." 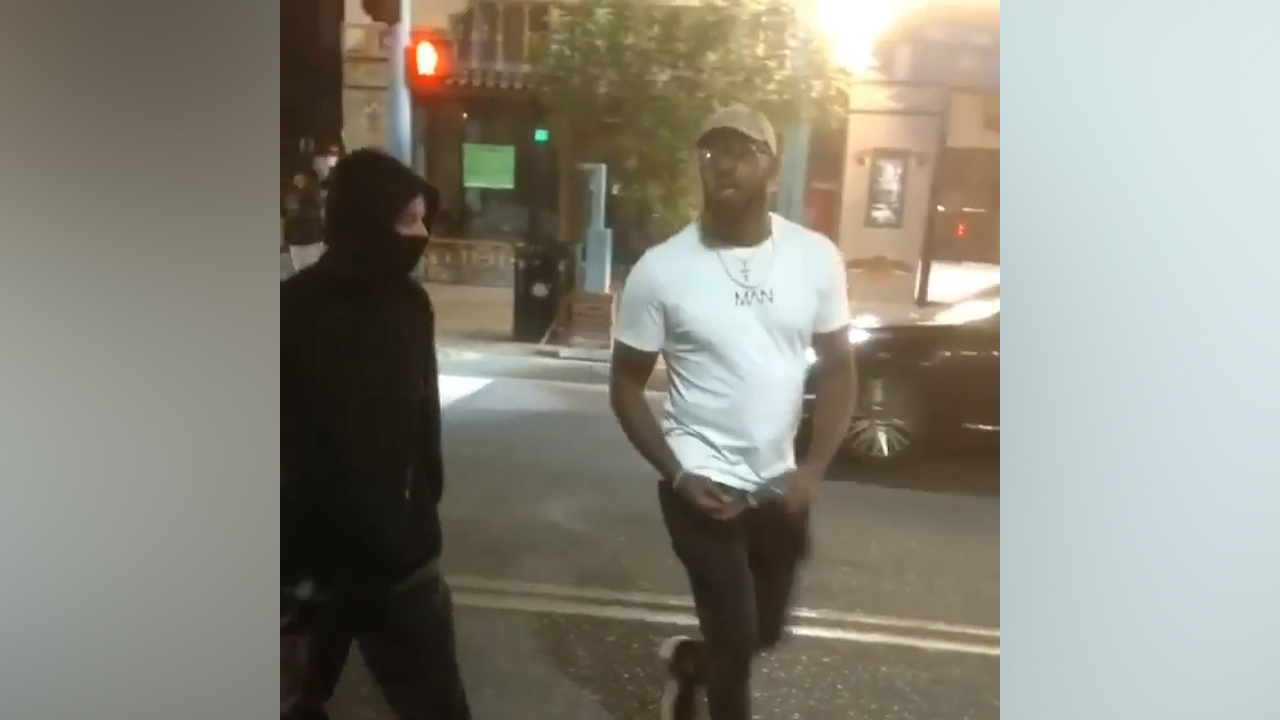 In the caption accompanying the video, Jones expressed his dismay at the actions of people who he said were "making a bad situation worse".

"Is this s--- even about George Floyd anymore?!?" Jones wrote.

"Why the f--- are you punk ass teenagers destroying our cities!?? As a young black man trust me I'm frustrated as well but this is not the way, we are starting to make a bad situation worse.

"If you really got love for your city (505), protect your s---. All you old heads need to speak up, call your young family members and tell them to come home tonight." 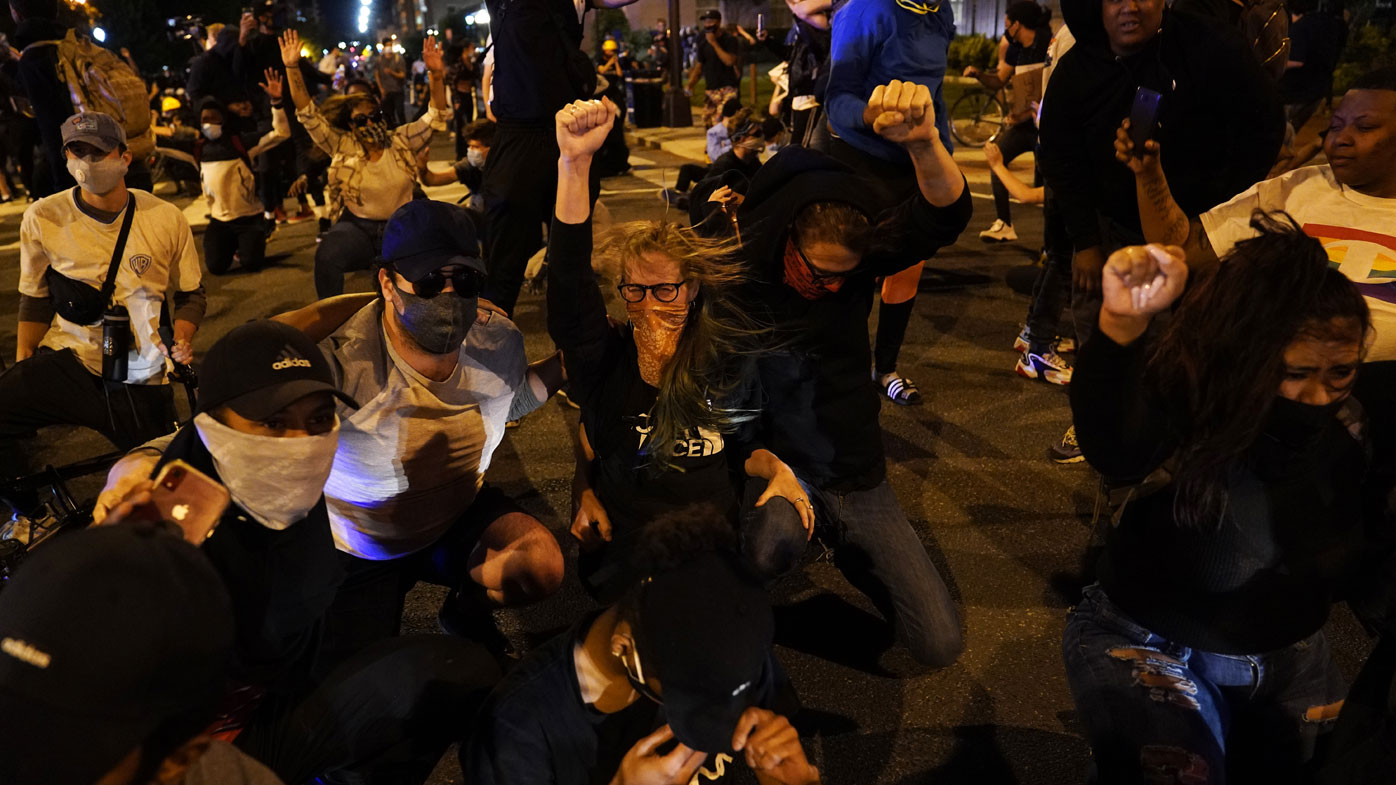 Meanwhile in Baltimore, black protesters confronted a group of white men, urging them to stop pushing barricades and provoking police.

"Listen, when you do that s--- they won't come after you, they come after us," a woman was heard saying in video shared by CNN. 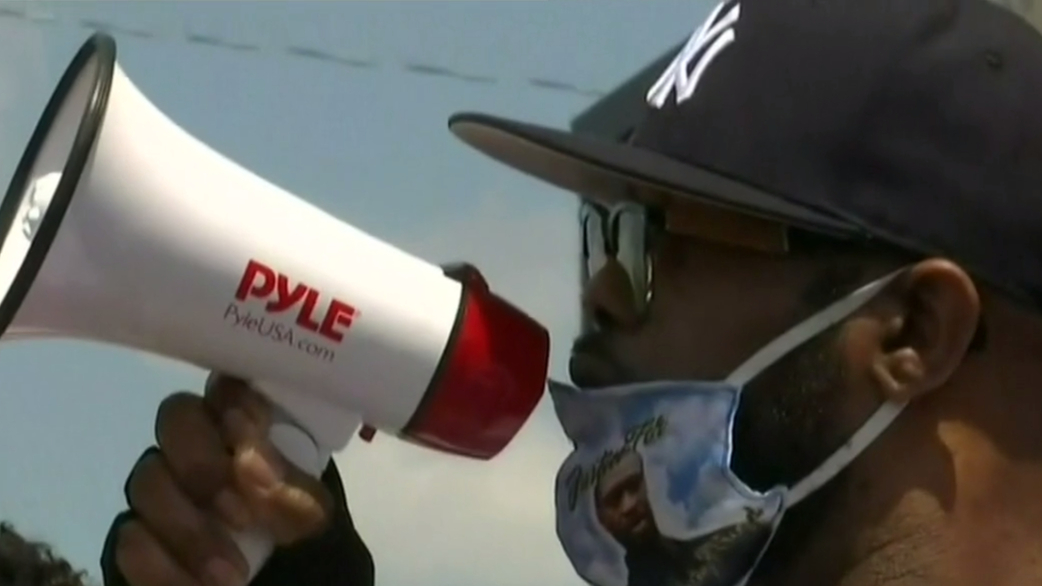 Protesters have marched in the US for six consecutive nights over the death of George Floyd, an unarmed black man, at the hands of a white police officer.

Five people have been killed in the protests which have become overshadowed by violence and looting.

Some US officials say the violence is being stoked by opportunistic outsiders who did not care about the community or the injustices being protested.

"The situation in Minneapolis is no longer in any way about the murder of George Floyd," Minnesota Governor Tim Walz was quoted in the Guardian.

"It is about attacking civil society, instilling fear and disrupting our great city." 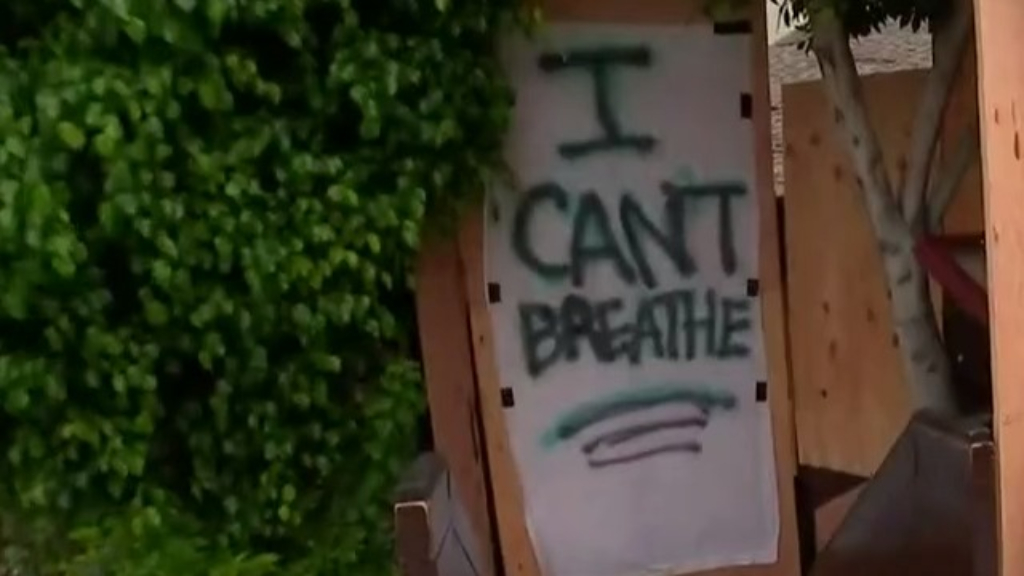 "There are white supremacists there. There are anarchists. There are people who are burning down institutions that are core to our identity," Lieutenant Governor Peggy Flanagan was also quoted.

Protests seeking justice for Mr Floyd and opposing police brutality as well as racial injustice have been taking place worldwide.