A giant squid weighing more than 300kg and spanning four metres has washed ashore on a beach in South Africa.

A giant squid weighing more than 300kg and spanning four metres has washed ashore on a beach in South Africa.

The dead gargantuan sea creature - whose eyes at 30cm wide are the largest in the animal kingdom - were discovered by Adele Grosse and her husband while walking at Golden Mile Beach, near Cape Town, on Sunday. 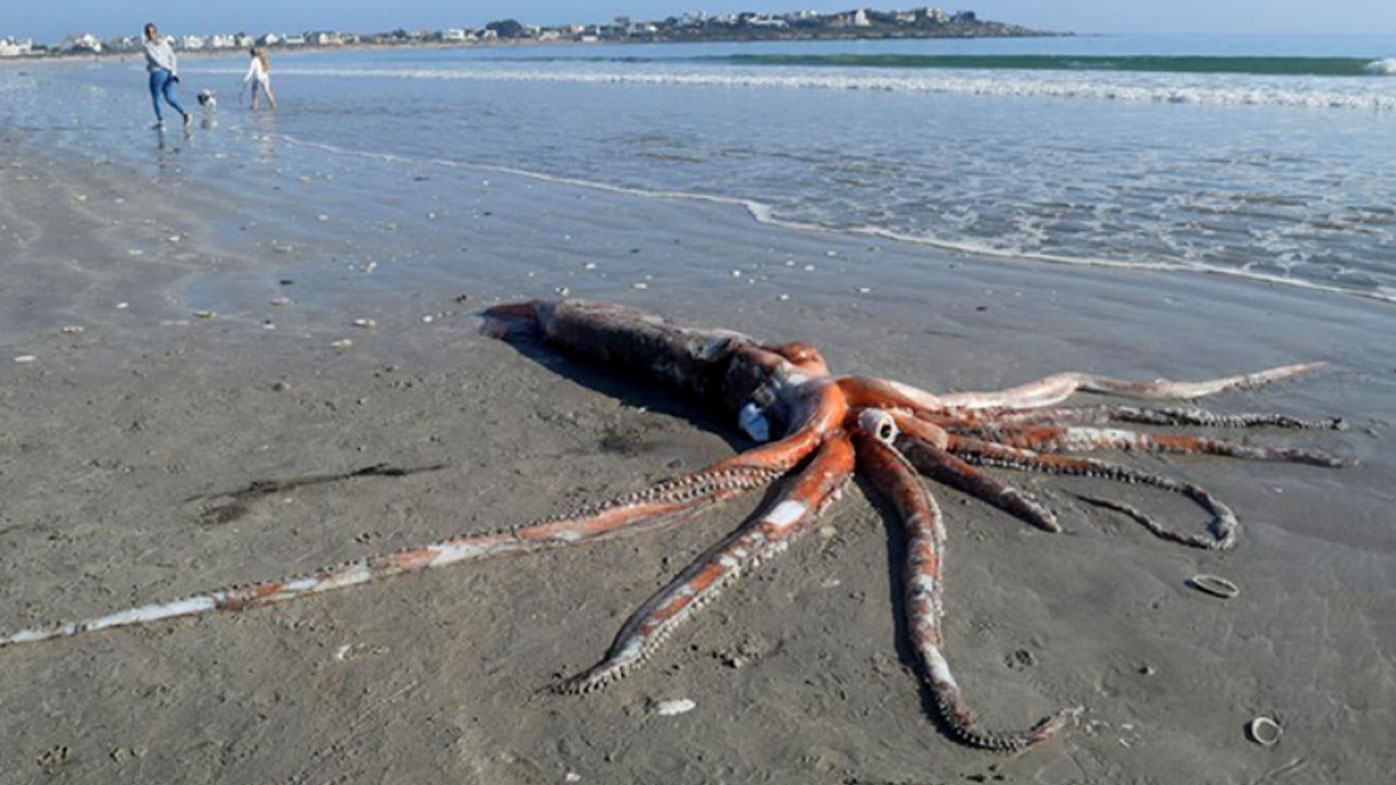 She says it is unclear how the giant squid died but there were big swells in the sea the previous night.

There was also no signs of it being attacked by a shark or other predator, she says.

"We looked for bite marks or injuries and could not really find anything."

She estimated it weighed about 330kg and measured four metres in length. 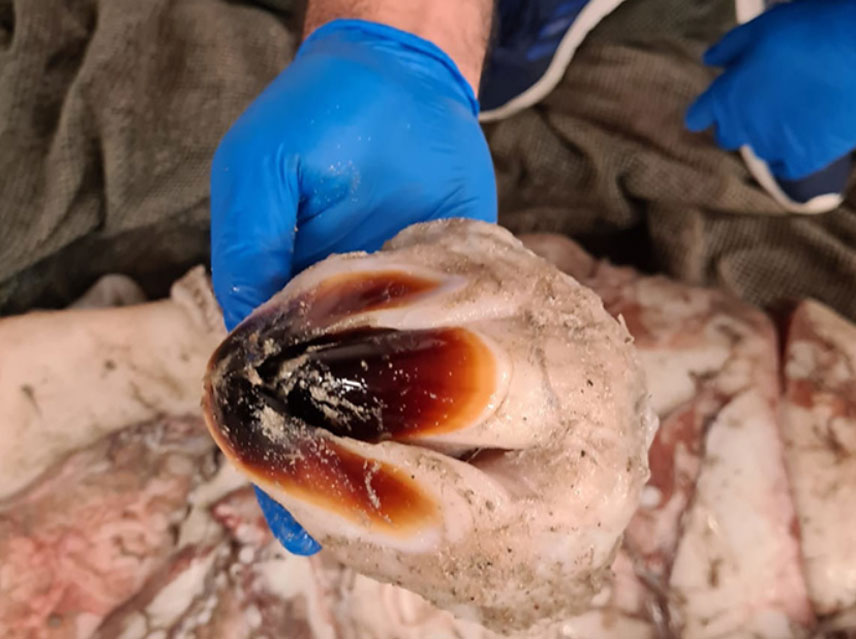 Sightings of the reclusive giant squid - which inspired the Jules Verne's 1869 book Twenty Thousand Leagues Under the Sea - are rare.

The massive creatures usually make underwater canyons up to 1000 metres below the surface their home. It was not until 2004 that the giant squid was seen in its natural habitat.

And a live creature has only been filmed twice - in 2013 and last year in the Gulf of Mexico. 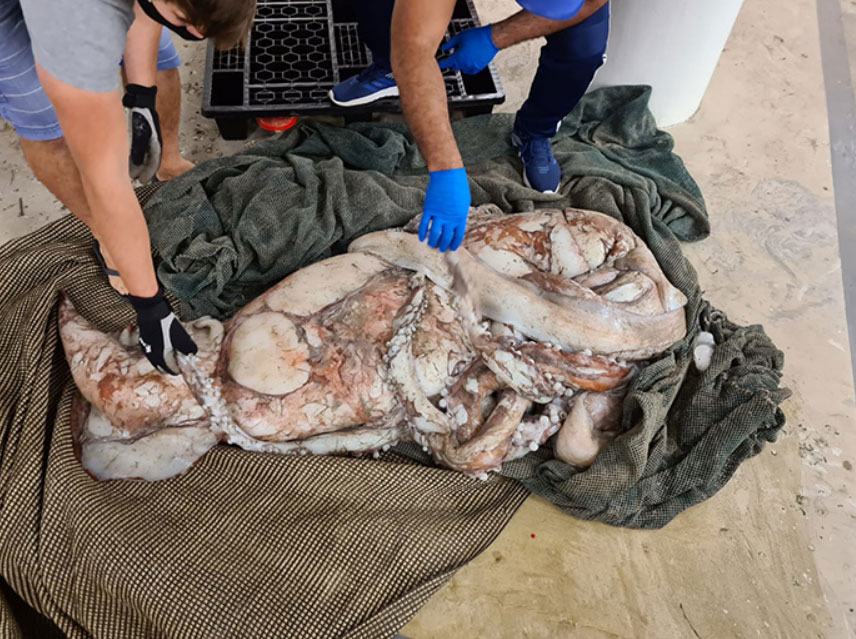 Researchers collected the squid and are now storing it at a freezer facility until they can study its DNA and anatomy when the COVID-19 lockdown ends.