A giant hole has been left in a Sunshine Coast road after the weekend’s torrential rain caused a landslip.

A giant hole has been left in a Sunshine Coast road after the weekend's torrential rain caused a landslip.

Police were called to Tingira Crescent at Sunrise Beach on Sunday morning after one lane of the road collapsed down an embankment.

Authorities have since discovered a blocked stormwater pipe backed up when it could not cope with the volume of water. It overflowed down the embankment and caused a landslip. 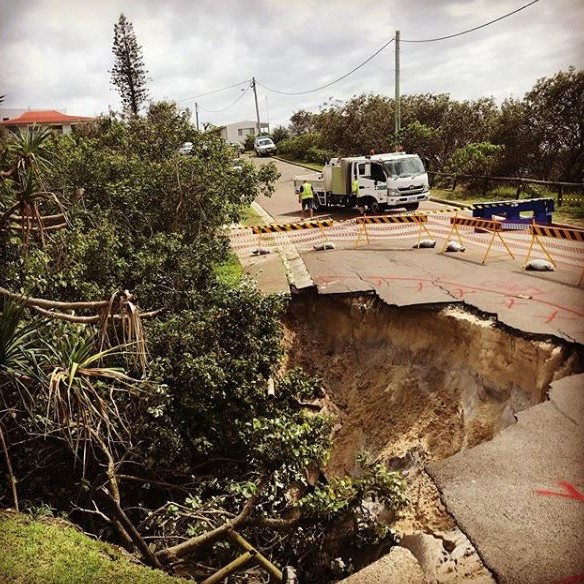 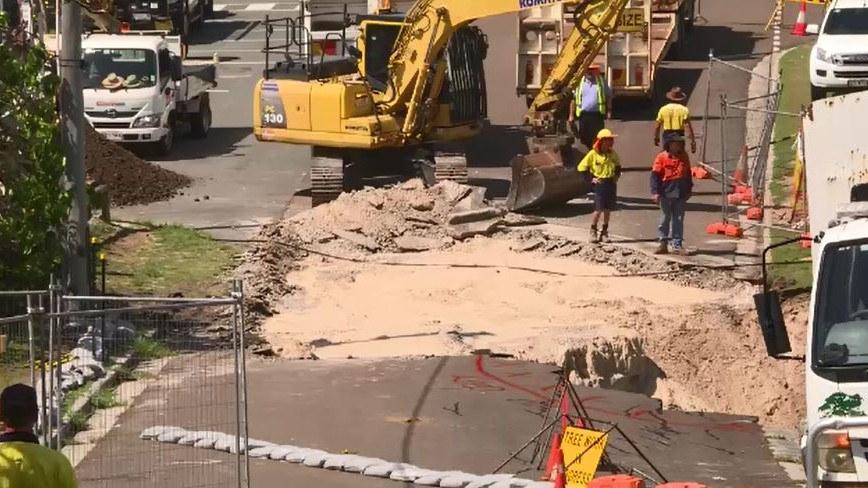 The landslip then busted a water main, which sent even more high-pressure water cascading down the rise and worsening the erosion.

Noosa Council director of infrastructure services Carl Billingham said a nearby unit block that lost power will have it restored today.

"We've had a number of these slip failures in the past, the last one was five years ago on David Low Way," he said.

He said the coast's steep, sandy embankments had a tendency to slip when exposed to a build up of water.

Ground anchors will be installed to stabilise the embankment before the water main can be fixed and the road replaced.

Mr Billingham said the repairs should be complete within two weeks.