The Chinese paddlefish, one of the largest freshwater fish species which had survived for millions of years, has been declared extinct, according to new research by fisheries experts in China.

The Chinese paddlefish, one of the largest freshwater fish species which had survived for millions of years, has been declared extinct, according to new research by fisheries experts in China.

The giant species, native to the Yangtze River, could reach up to seven meters in length and weigh as much as 450 kilograms. Known for its silver-coloured body and long snout, it was last spotted by researchers in 2003.

Scientists now believe the giant fish completely disappeared in the wild between 2005 and 2010, after a recent basin-wide capture mission failed to find any proof of its existence.

The Chinese paddlefish, also known as the Chinese swordfish, was part of an ancient group of fish that was believed to have lived since the Lower Jurassic period around 200 million years ago, according to the scientists. 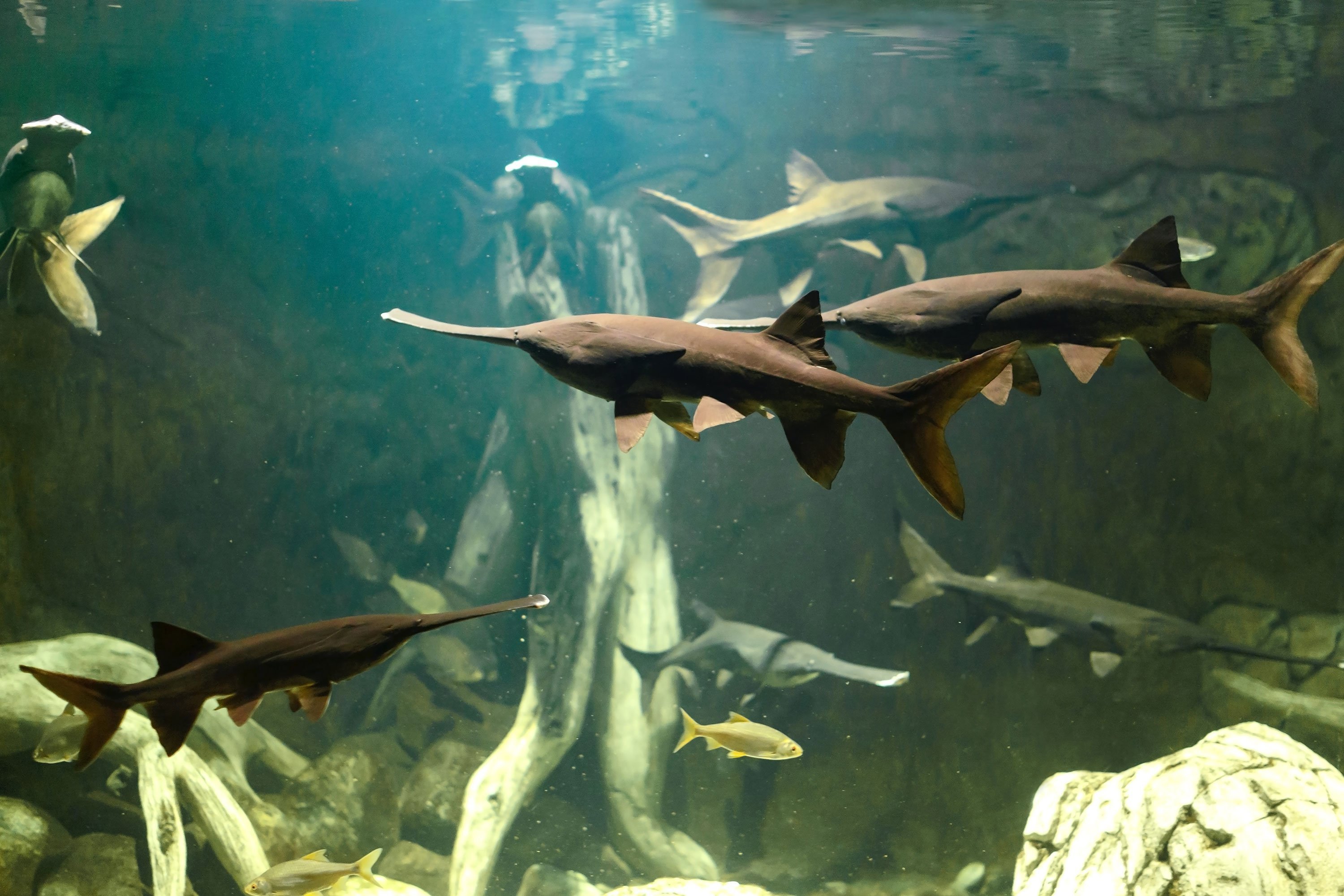 The species was most diverse and widespread between 34 million and 75 million years ago, and was common in the Yangtze River until the late 1970s, when its population started to dwindle due to overfishing and habitat fragmentation.

It was listed as a critically endangered species in 2009 following an earlier survey by the same scientists, according to the International Union for Conservation of Nature (IUCN). China listed the fish as a nationally protected animal in the 1980s, but the IUCN said the construction of dams on the Yangtze River continued to block its migration route and prevented it from breeding in the upper reaches of the river.

China last week announced a 10-year commercial fishing ban in over 300 conservation zones along the Yangtze River after it found an "overall decline" in the population of endangered species, the Ministry of Agriculture and Rural Affairs told Xinhua News Agency.

Wei Qiwei, a maritime scholar at the Yangtze River Fisheries Research Institute and a co-author of the study, said scientists believed the Chinese paddlefish was extinct as there has been no sighting of the fish in over a decade.

"There have been no successful cases of breeding the Chinese paddlefish in captivity," he told state broadcaster CCTV. "Hence, when it died out in the wild, the species has become completely extinct."

The findings were published in scientific journal Science of the Total Environment in late December.

Wei and other scientists believed the paddlefish had become functionally extinct -- a status meaning a species lacked the ability to produce future generations -- in 1993.

Researchers said its extinction highlighted the importance of enacting measures to protect other endangered Yangtze wildlife, such as the narrow-ridged finless porpoise.