NSW beachgoers were startled on Cellito Beach, near Forster, after sighting the animal and trying to alert other swimmers and surfers.

A beach on the New South Wales Mid North Coast has been thrown into panic after a shark was spotted swimming in shallow waters close to shore.

Beachgoers were startled on Cellito Beach, near Forster, around 1pm today after sighting the ocean creature.

Vision from the scene shows worried people standing on the sand at the beach and yelling "get out" in an attempt to alert other swimmers to the shark.

RELATED: Australia's deadliest year for shark attacks since 2014 may be due to changes in water temperatures 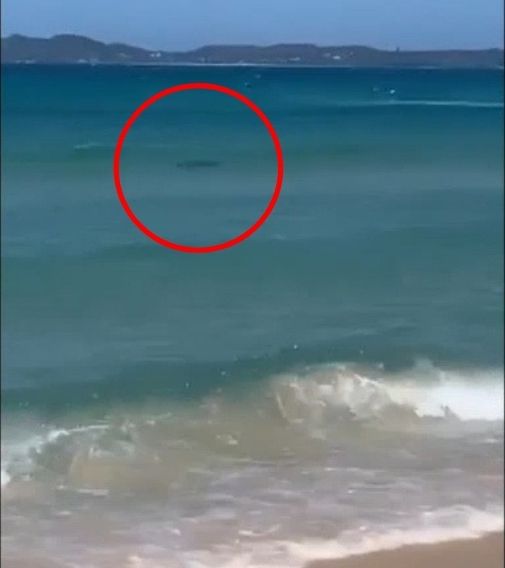 The shark appeared to be around two metres in length and was slowly moving in the water near to swimmers and surfers while casting an ominous shadow in the ocean.

There have not been any reports of beachgoers coming into direct contact with the shark.

The frightening incident comes as Australia is experiencing its most deadly year for shark attacks since 2014, which may be as a result of ocean temperature changes, experts say.

In total, 19 shark-related incidents had already been recorded by mid-September this year compared to 23 for the entirety of 2019.

In another shark-related incident today, the same Gold Coast beach where a man was killed by a shark last month was closed for about an hour after a reported sighting.

Greenmount Beach, where real estate agent Nick Slater, 45, was killed by a great white on September 7, was closed for about an hour.

The shark was seen by a swimmer about 600 metres off the beach, but the size and type of shark was not known.