George Floyd’s brother has broken down moments after the Minneapolis police chief said he believes all four officers involved in the black man’s killing are complicit.

The brother of George Floyd has broken down moments after the Minneapolis police chief said he believes all four officers involved in the black man's killing are complicit through their inaction to save his life.

In an emotional and respectful response to questions posed directly to him from the Floyd family, Chief Medaria Arradondo stood in solidarity with them in his condemnation of the officers.

"Mr Floyd died in our hands and so I see that as being complicit," he told 9News affiliate CNN's Sara Sidner.

READ MORE: Keep up to date with the latest developments from the US protests 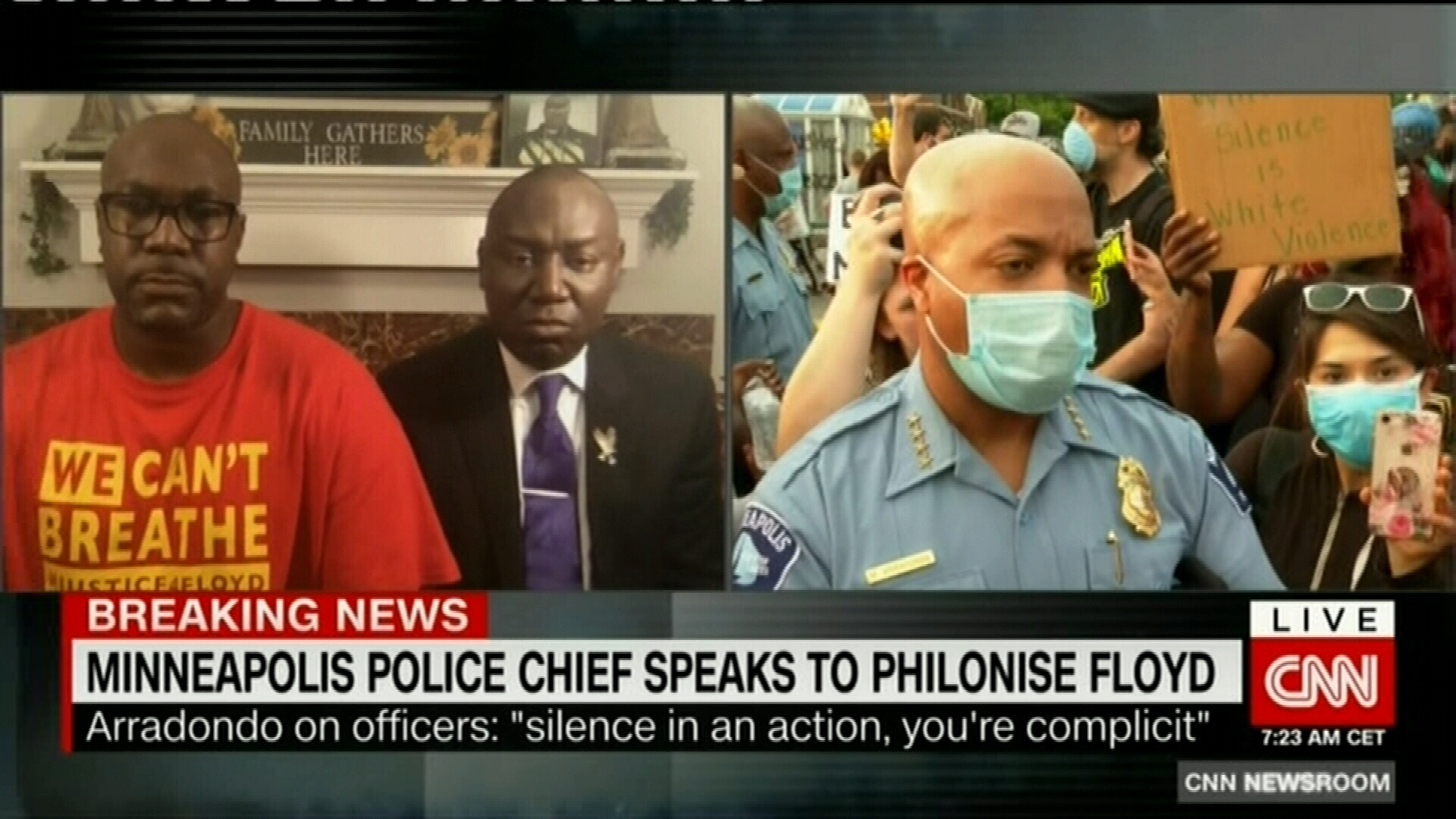 "I don't see a level of distinction any different. Obviously the charging and those decisions will have to come through our country Attorney's office - certainly the FBI's investigating that.

"To the Floyd family, I want you to know that my decision to fire all four officers was not based on some sort of hierarchy.

"Silence and inaction, you're complicit. If there was one solitary voice that would have intervened... that's what I would have hoped for." 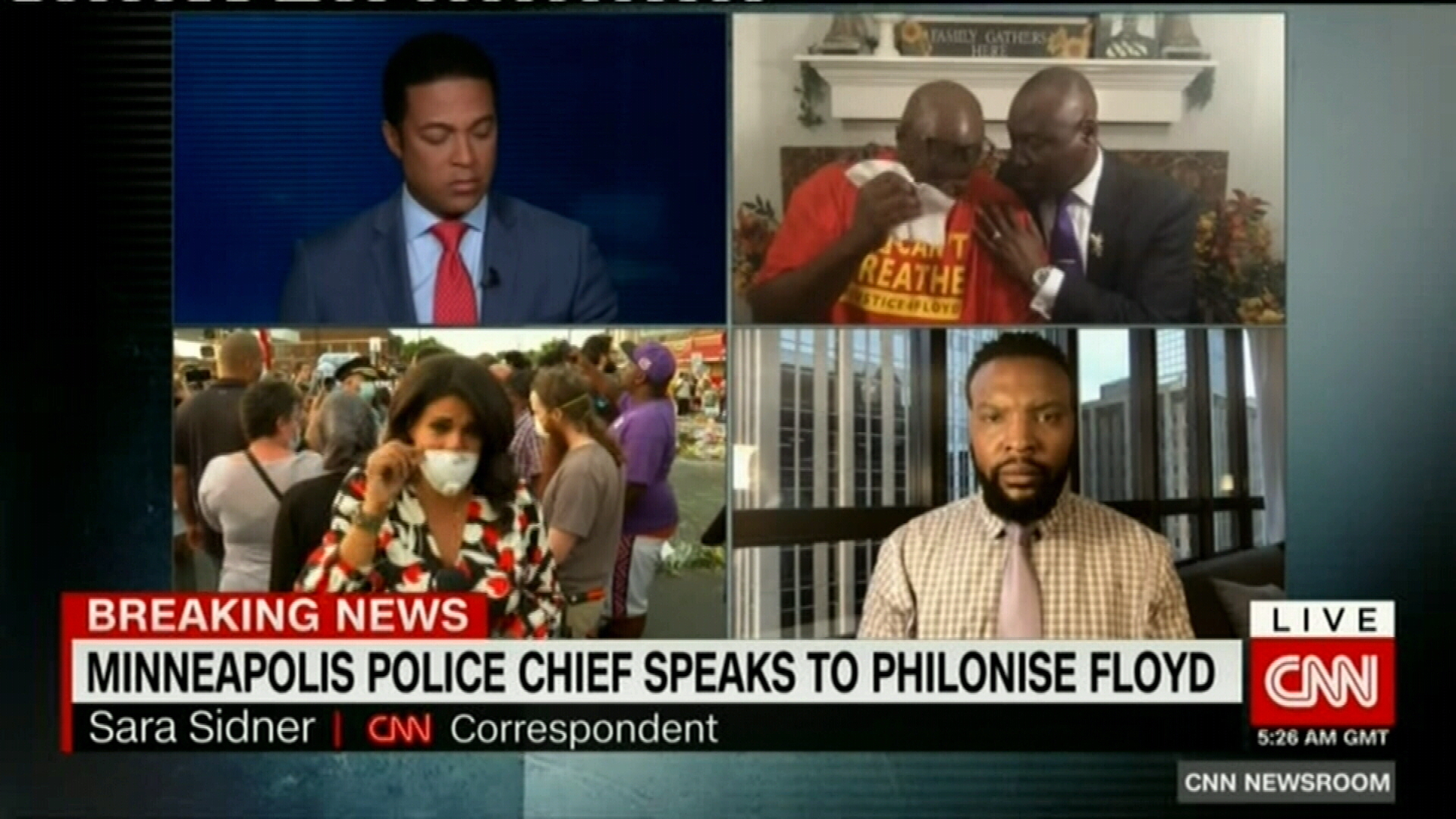 His comments come after no one intervened on Monday as the 46-year-old Floyd begged for his life while ex-Minneapolis officer Derek Chauvin remained kneeling on his neck for nearly nine minutes.

Floyd's death has sparked protests across the country, with thousands echoing some of the man's final words, "I can't breathe."

Some of those demonstrations were peaceful, while others ended in flames, widespread looting, damages and hundreds of arrests as well as injuries.

."People are still going to act out. People are still mad. People have to release their anger, you know. It is the people who are supposed to protect us that did this," one protestor said today. The four police officers involved in his death were fired from the department a day after Floyd's death.

Chauvin was charged on Friday with third-degree murder and second-degree manslaughter.

Arradondo called the killing a "violation of humanity," and said he didn't need any more time than what he had to remove the officers from their duties.

"There are absolute truths in life; we need air to breathe," the chief said.

"The killing of Mr. Floyd was an absolute truth that it was wrong."

"I did not need days or weeks or months or processes or bureaucracies to tell me what occurred out here last Monday was wrong."

In a separate interview on Sunday night, another police chief, this time from Floyd's hometown, stood in solidarity.

Houston Police Chief Art Acevedo told CNN he wants his department to provide escort services when George Floyd's body returns to the city for his burial.

"It's going to be a big deal for our city to bring him back home," Acevedo told CNN's Don Lemon. 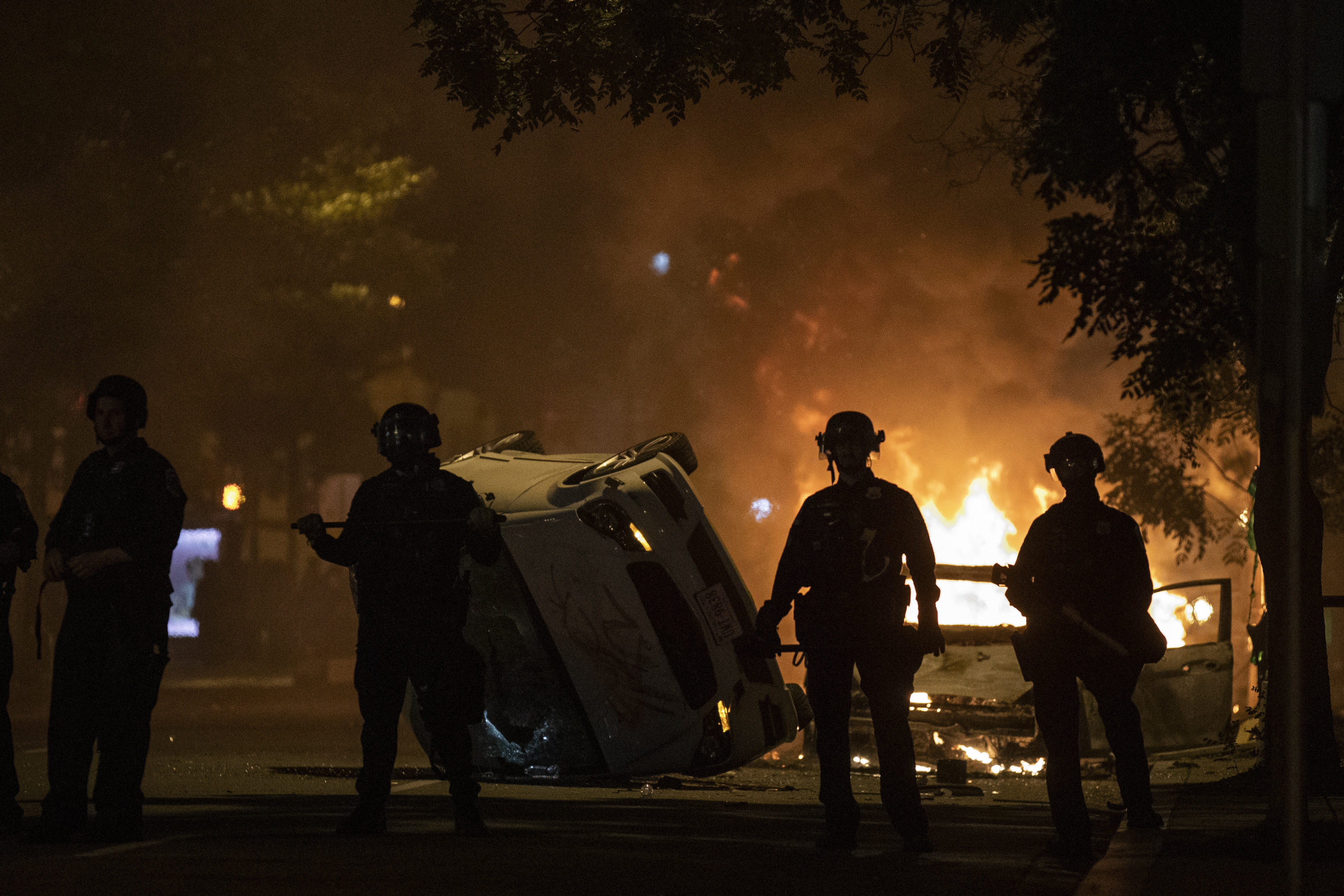 READ:  NEW RECRUITS HIT THE BEAT ACROSS THE STATE

This is the first time, Acevedo said, that he's seen police union leaders speak out like this, and he says that gives him hope for change.