Conservative attorney George Conway has penned a scorching op-ed about President Donald Trump, in the wake of the president’s firing of two witnesses who testified in the House impeachment inquiry. Conway, who is married to the president&rsq…

Conservative attorney George Conway has penned a scorching op-ed about President Donald Trump, in the wake of the president’s firing of two witnesses who testified in the House impeachment inquiry.

Conway, who is married to the president’s counselor Kellyanne Conway, opened his Washington Post article with a quote from Trump following his Senate acquittal Thursday. “We’ll probably have to do it again, because these people have gone stone-cold crazy,” the president riffed on impeachment in the East Room.

Conway posited that, the very next day, Trump demonstrated “precisely why he could be destined to achieve that ignominious fate” with his “retaliatory” dismissals.

“With essentially no pretense about why he was doing it, the president brazenly retaliated Friday against two witnesses who gave truthful testimony in the House’s impeachment inquiry,” Conway wrote in the article, published Monday.

“Trump essentially admitted his retaliatory motive on Saturday, when he tweeted that he sacked Vindman in part for having ‘reported contents of my “perfect” calls incorrectly.’” 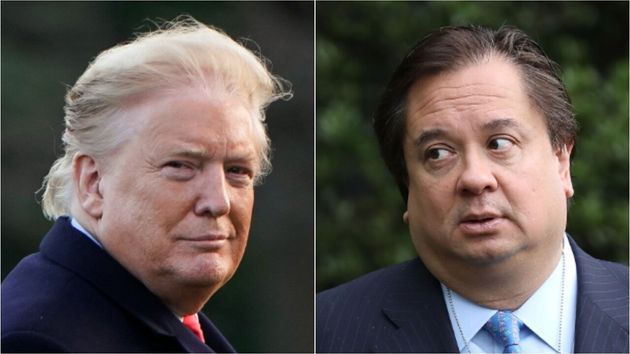 Conway argued that, had this been a criminal investigation, this so-called “Friday Night Massacre” could have been a crime. He linked to a piece of U.S. Code about the criminal repercussions of retaliating against witnesses and informants.

At the very least, it ought to be impeachable: If Richard M. Nixon was to be impeached for authorizing hush money for witnesses, and Trump himself was actually impeached for directing defiance of House subpoenas, then there should be no doubt that punishing witnesses for complying with subpoenas and giving truthful testimony about presidential misconduct should make for a high crime or misdemeanor as well.

But, Conway said, it’s not only about “this one day, or this one egregious act,” but the fact that the president has a duty to uphold the public’s trust.

“And that Trump’s narcissism won’t allow him to put anyone else’s interests above his own, including the nation’s,” he wrote.

“Indeed, he can’t even distinguish between his interests and the nation’s — and doesn’t need to, according to his lawyers and now the judgment of the Senate.”

Highlighting the now-walked-back remarks from Sen. Susan Collins (R-Maine) that Trump had learned a lesson from the impeachment (Trump contradicted this when asked about her assertion), Conway warned that the president’s behavior indicates he will only get worse.

The lawyer listed multiple other examples he called “vindictive” uses of presidential power from the duration of Trump’s time in office, including the firing of James B. Comey as FBI director and his threats against companies including Facebook and Twitter.

“So America beware,” Conway concluded. “The state is Trump, and he’s very, very angry. We might, indeed, have to do it again.”