A “major gas explosion” has completely destroyed three row houses in Baltimore, killing a woman, injuring several other people and trapping at least one person in the wreckage.

A "major gas explosion" has completely destroyed three row houses in Baltimore, killing a woman, injuring several other people and trapping at least one person in the wreckage.

At least three dozen firefighters converged on the disaster scene, where the natural gas explosion reduced to the homes to piles of rubble and pieces of debris.

A fourth house in the row was partly destroyed, and the neighbourhood was strewn with glass from shattered windows. 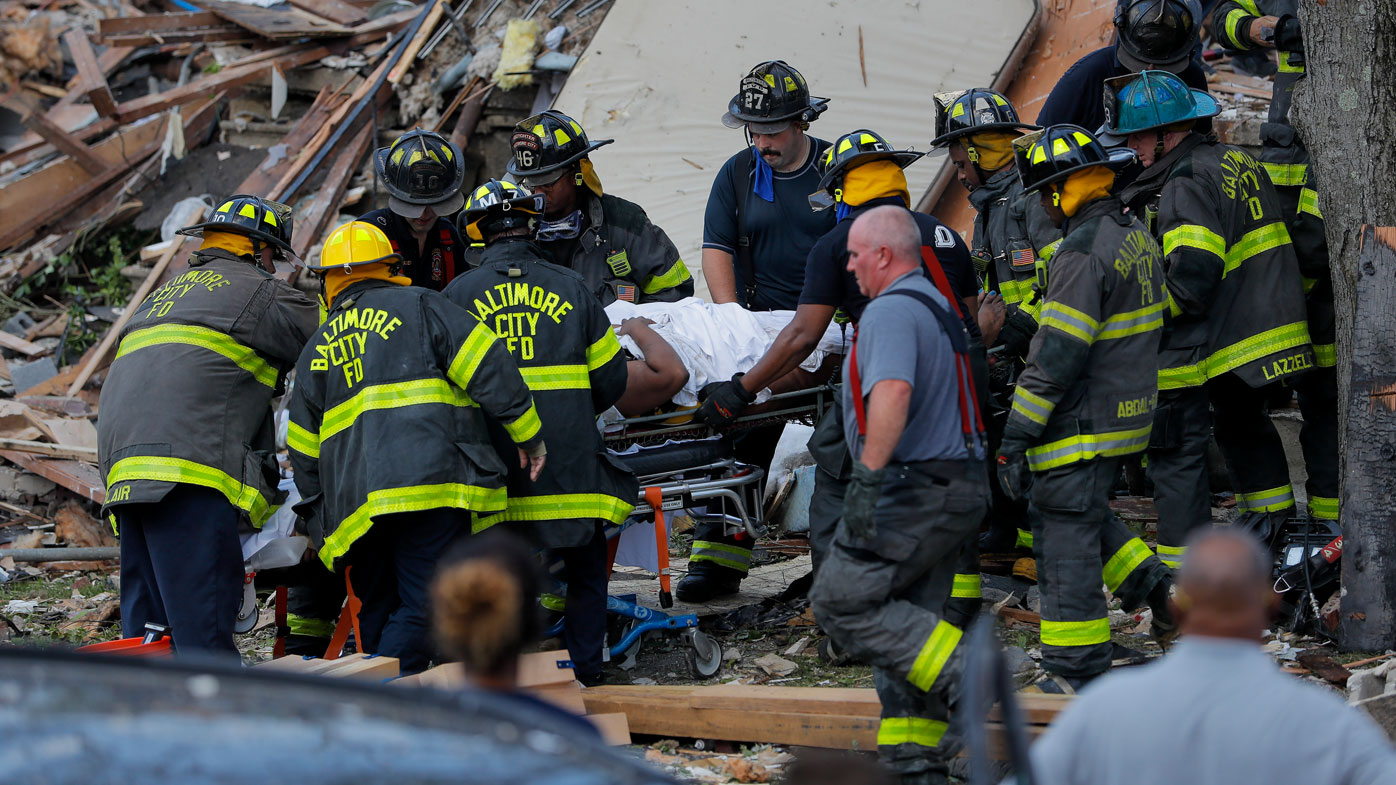 Two of the homes' occupants were taken to hospitals in serious condition, while an adult woman was pronounced dead at the scene, the fire department tweeted.

The firefighters' union tweeted that special rescue operation units were searching for other people.

The Baltimore Gas and Electric Company received an "initial call" from the fire department at 9.54am on Monday and was working to turn off the gas to buildings in the immediate area, its spokeswoman Linda Foy said.

"We are on the scene and working closely with the fire department to make the situation safe," she said, without answering any questions from reporters.

"Once the gas is off, we can begin to safely assess the situation, including inspections of BGE equipment." 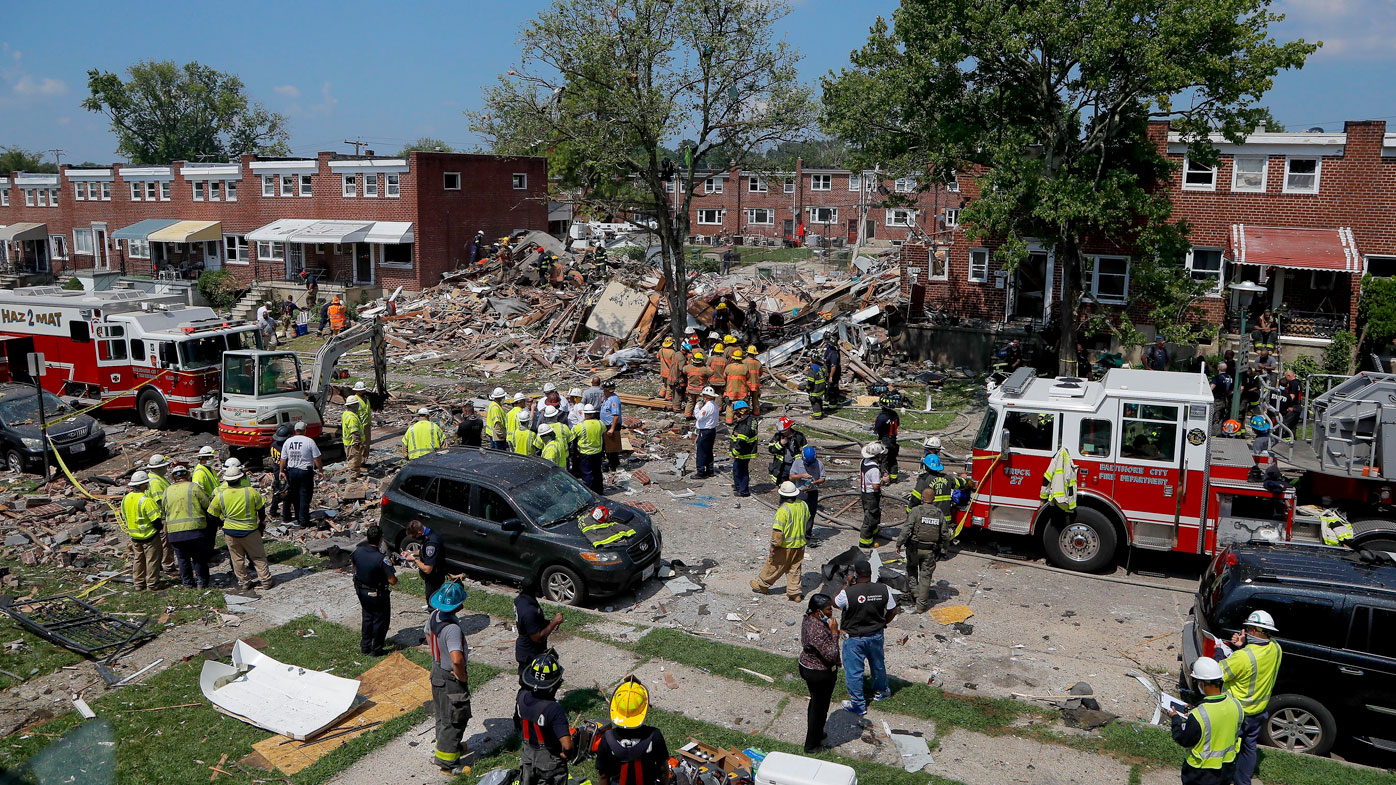 Moses Glover was inside his nearby home when he heard a boom and looked outside his window. Suddenly, a second blast knocked him off his feet, he told The Baltimore Sun.

"I came downstairs and saw all of the front of the houses across the street, they were on the ground. I had a picture window downstairs, the glass is in the chair now."

Moses struggled to steady his breathing and said he was "shook up" by the experience.