Warning! “Game of Thrones” spoilers below.Along with a significant portion of the fan base, Jon Snow is apparently upset after Season 8 as well.Overall, the ending of “Game of Thrones” seemed like it was as good as it could get …

Warning! “Game of Thrones” spoilers below.

Along with a significant portion of the fan base, Jon Snow is apparently upset after Season 8 as well.

Overall, the ending of “Game of Thrones” seemed like it was as good as it could get for the former King in the North. Sure, he had to kill his lover/aunt by stabbing her in the heart, but, hey, whose family doesn’t have drama, amirite?

After killing Daenerys Targaryen, Jon seems to avoid any real punishment as he’s shipped off to the Wall. And since no one actually appears to know why there’s still a Night’s Watch after the White Walkers are defeated, he heads off into the woods to likely be King Beyond the Wall, or at the very least be a “Dexter”-like lumberjack.

But according to Tormund actor Kristofer Hivju, it seems there’s no happy ending for the perennial sad boy.

“Jon is in a huge depression,” Hivju told Entertainment Weekly, “so he needs Tormund to cheer him up, by the fire, warming each other.”

“Tormund is pretty heartbroken himself, so maybe they can bond over that,” he added. 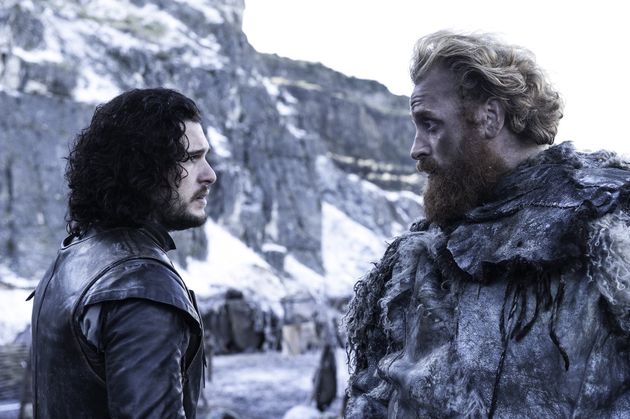 The cast had continually said that the ending of the series would be “bittersweet,” but it’s decidedly more bitter. Though Season 8 appeared to conclude with the Starks taking over Westeros and Jon Snow getting off scot-free, if you take a closer look, the finale was much darker than it seemed.

Grey Worm is probably going to die, Arya’s probably going to die and Bran likely knew that all the people in King’s Landing were about to get toasted and may have just started a Big Brother-like dictatorship. At least the showrunners confirmed on the “Game of Thrones” Season 8 DVD commentary that Drogon didn’t eat Daenerys.

If there’s any consolation for Jon, it’s that he’s got Tormund and Ghost to rely on, because after the “Game of Thrones” finale, all men must cry.