With just over ten weeks to go until the event kicks off on August 6, organisers have given attendees a sneak peak into the more than 200 events set to take place across the city.

From street art, to sky-high light projections and even an over-the-water light walk - the official lineup for Sydney's iconic Vivid festival has been unveiled with Australia's Indigenous culture set to take centre stage in the festival's return.

With just over 10 weeks to go until the event kicks off on August 6, organisers have given attendees a sneak peek into the more than 200 events set to take place across the city.

"Vivid Sydney is all about pushing boundaries and transporting festival-goers to a playground of the unexpected. This year's program delivers fresh and engaging content, bringing feelings of joy, wonder, discovery, hope and excitement to all who absorb it," Festival Director Gill Minervini said. 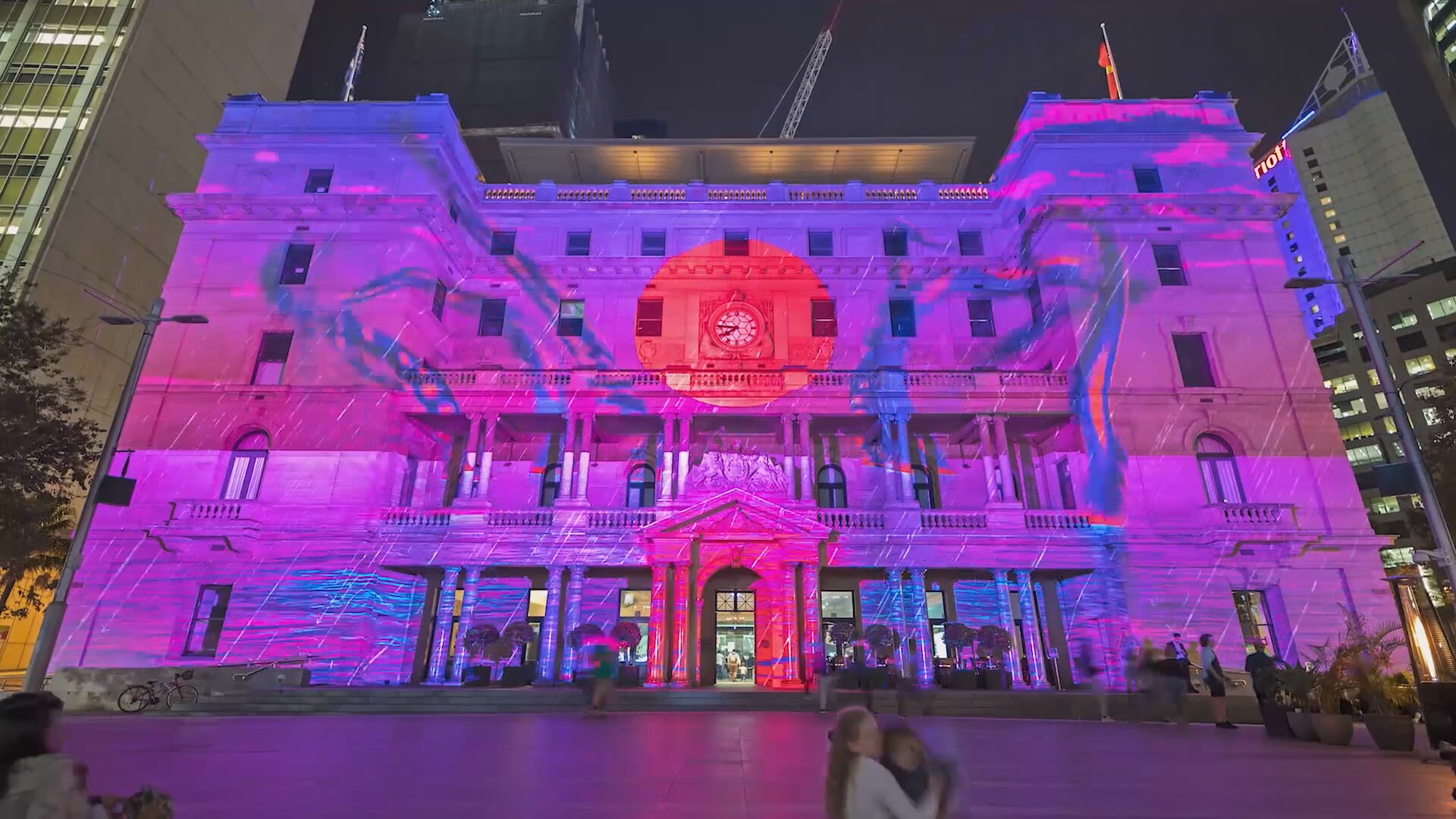 When it last ran in 2019, the festival attracted 2.4 million attendees delivering $172 million in visitor expenditure to the NSW economy.

In 2021, the festival will light up five locations including with Circular Quay, The Rocks, Barangaroo, Darling Harbour and Luna Park Sydney featuring works of 129 light artists from 19 countries.

"Vivid Sydney is all about pushing boundaries and transporting festival-goers to a playground of the unexpected. This year's program delivers fresh and engaging content, bringing feelings of joy, wonder, discovery, hope and excitement to all who absorb it," Festival Director Gill Minervini said.

At the heart of the festival, the sails of the Sydney Opera House will be transformed into a digital rendition of an iconic Martu painting.

The Museum of Contemporary Art Australia will morph into an animated work by acclaimed Australian artist Helen Eager, who has collaborated with artists Rico and Julian Reinhold from H0rse, to create New York Sunday. 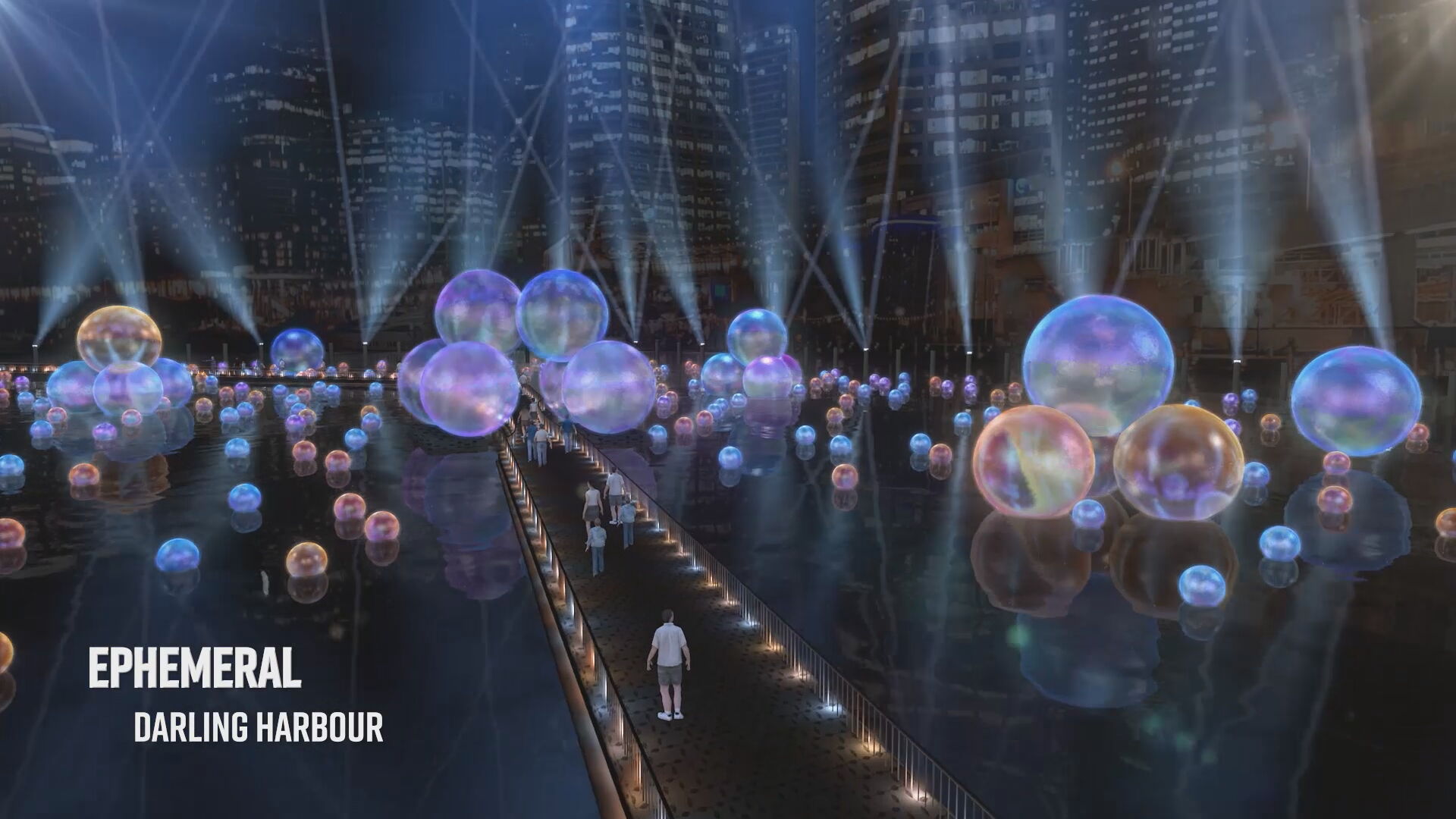 In a festival-first, visitors will be able to explore the waters of Cockle Bay in Darling Harbour with a 100m floating Light Walk incorporating the large-scale artwork Ephemeral.

Produced by Sydney's own Atelier Sisu, visitors are invited to walk under more than 200 giant, bubble-like spheres hovering eight-metres in the air.

The crowd favourite facade of Customs House will be brought to life by VORAX – an epic 3D tale of a mischievous thief's rise to greatness from Hong Kong's Treacle Media.

Across Sydney, Mandylights' work 'Our Connected City' will shine new light on the city's landmarks, with over 200 searchlights beaming across the Harbour, CBD buildings and the Cahill Expressway, while also linking the Sydney Opera House and Sydney Harbour Bridge in riotous colour. 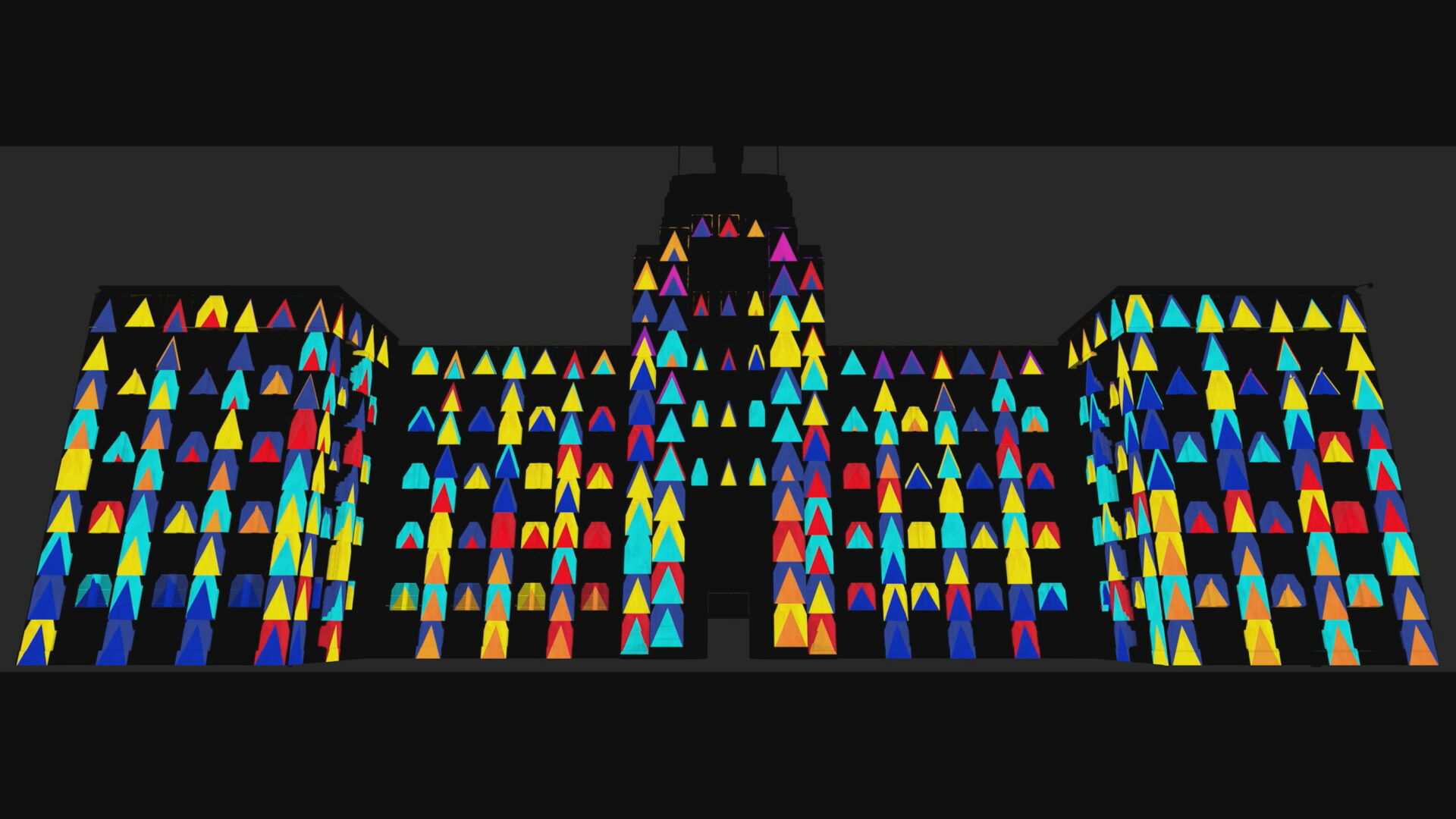 Various installations will feature in pockets around the CBD, each aimed at exploring the wonders of our natural world.

Patterns in Nature – a large-scale installation based around the elements of earth, fire, water and air – will weave its spell at First Fleet Park.

Symbiosis by Dirty Monitor, located in the heritage-listed roadway of The Argyle Cut, is a new creation specially designed for Vivid Sydney. Through animated 3D paintings and contemplative and poetic music, the work transports viewers into a universe where the human species merges with various living organisms to give birth to new forms of life. 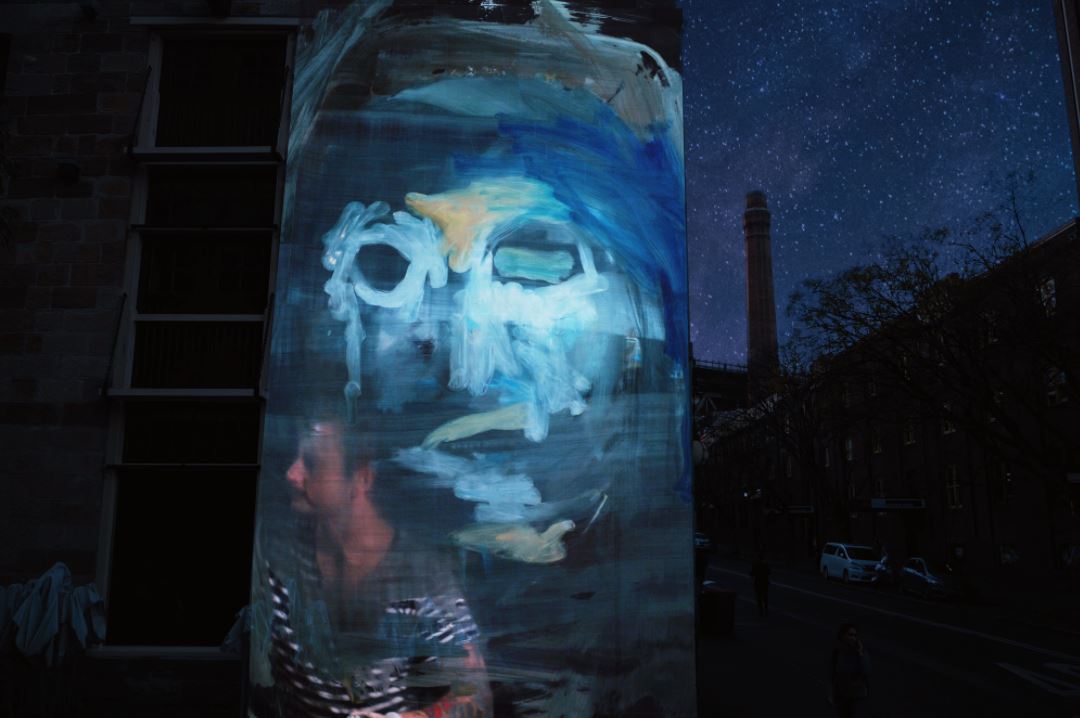 On the Hickson Road Wall near the Park Hyatt, Holi will become the biggest interactive projection in Vivid Sydney's history. The colourful piece is based on the notion of sharing and of celebrating life and happiness and will invite visitors to leave their own mark on the wall using special effects.

In a boost to Sydney's live music industry the festival will host 50 live shows in locations including Hyde Park Barracks, The Calyx – Royal Botanic Garden, Luna Park, The Bearded Tit and Parliament House.