As the dust settles, last week’s Capitol riot is looking even uglier, nastier and more treacherous than ever.

As the dust settles, last week's Capitol riot is looking even uglier, nastier and more treacherous than ever.

New footage of the chaotic scenes, when hundreds of pro-Trump supporters stormed the Capitol, has emerged and has revealed the terrifying, life-threatening reality police officers faced, as the attempted insurrection intensified around them.

Five people, including a police officer, were killed in a rampage that has shocked the world and left President Donald Trump facing impeachment in the final throes of his often-tumultuous presidency. 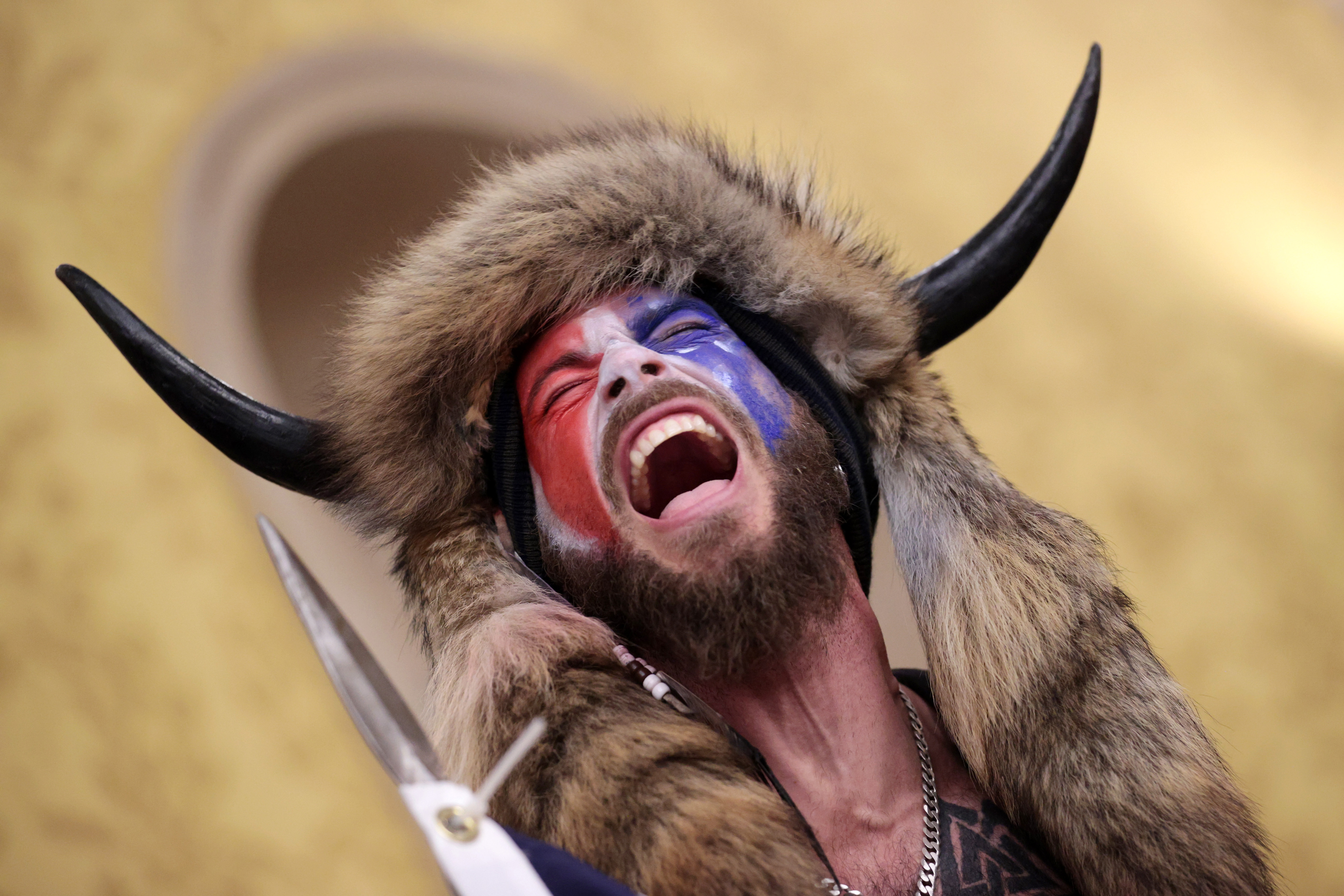 Capitol Police Officer Brian D. Sicknick died after he was hit in the head with a fire extinguisher.

Footage purportedly capturing the apparent murder of the police officer surfaced today. It is frightening and confronting.

Amid chants of "USA, USA", dozens of protesters near an entrance to the Capitol can be seen wildly attacking someone, beating them with sticks and other crude weaponry.

Someone is heard screaming: "Get that motherf----r out of there!"

The other four people killed in the riot, Kevin Greeson, 55, Benjamin Philips, 50, Ashli Babbitt, 35, and Rosanne Boyland, 34, appear to have been protesters.

Ms Babbitt was shot dead by an unidentified officer, as captured in further disturbing video footage, as she was trying to climb through the broken window of a barricaded doorway inside the Capitol.

Footage of Ms Babbitt's death again underscored how intent protesters were to drive through police and smash their way through locked entrances to the building.

READ:  Australia's population prediction drops by 1.1 million due to coronavirus

They had earlier been whipped into a frenzy at rally near the White House, where President Trump urged protesters to take action and intimidate Capitol politicians. 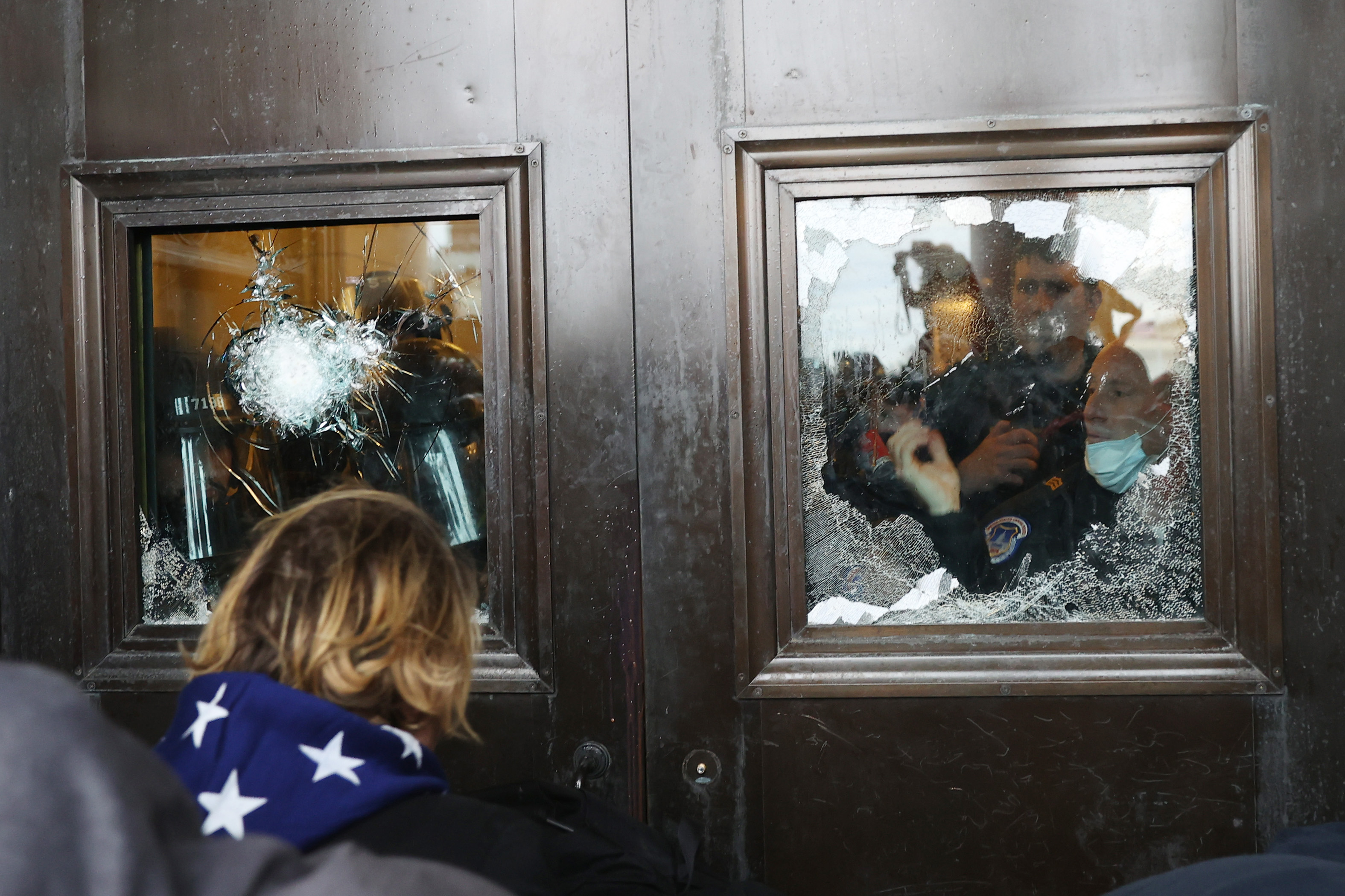 The initial images to come out of the assault on the Capitol appeared relatively harmless.

There were photographs of men in weird costumes and others taking selfies and carrying the Speaker's lectern.

But in footage which has emerged over the weekend, and reporting that has tried to make sense of the attack, a darker, more violent underbelly has been exposed.

A Reuters photo editor who was at the riot said he heard at least three protesters saying they hoped to find Vice-President Mike Pence and hang him from a Capitol Hill tree for being a traitor.

A crowd can be seen in another video, chanting and baying for Mr Pence to be hung.

Mr Pence was in the Capitol and had to be whisked away to a secure location.

One highly disturbing image showed a man dressed in full black tactical gear in the Senate chamber carrying a handful of plastic zip ties, which law enforcement sometimes use to restrain people.

Other footage showed intense crushing around doorways and entrances, as police – hopelessly outnumbered – tried to hold their ground against the invading masses.

There were also attacks against members of the media.

Erin Schaff of The New York Times later described what happened when the mob saw her Times ID.

"They threw me to the floor, trying to take my cameras. I started screaming for help as loudly as I could," she said.

"No one came. People just watched. At this point, I thought I could be killed and no one would stop them. They ripped one of my cameras away from me, broke a lens on the other and ran away."

She fled and found a place to hide.

A new ABC News/Ipsos poll released today found that over half of Americans — 56 per cent — believe that Mr Trump should be removed from office before his term ends.

And two-thirds of respondents – 67 per cent — said he deserves a "good amount" or a "great deal" of blame for the rioting last week.

House Speaker Nancy Pelosi said today the House will attempt to pass a resolution by unanimous consent tomorrow calling for Vice President Mike Pence and President Donald Trump's Cabinet to invoke the 25th Amendment and remove Trump from office - her first time definitively saying the House will move to impeach him.

If the resolution doesn't pass by unanimous consent, and it most assuredly won't given likely Republican resistance, then the measure will be brought to the floor for a full vote on Tuesday.

The resolution will call on Mr Pence to respond within 24 hours.