UK police have revealed stunning video of a burglar who was on the run, found hiding in a bedroom closet in his underwear

UK police have released video of a wanted burglar found hiding in a bedroom closet in his underwear.

Ashley Bowen, 29, had been evading authorities since December when he broke into a Staffordshire co-op store and unsuccessfully attempted to steal cigarettes and break into an ATM using an angle-grinder and crowbar, the Crown Court in Stoke-on-Trent heard.

Mr Bowen eventually left the store empty-handed but police were searching for him after his robbery-gone-wrong caused damage to the shop, and he went into hiding.

On January 18, police finally located Mr Bowen in a bedroom wardrobe in Bentilee, Staffordshire. He was wearing just his underpants.

"Bowen persisted in his efforts to get cigarettes from the store but we persisted in our efforts to catch him," Detective Constable David Stubbs from Staffordshire Police said.

"Those who commit crime will be brought to justice." 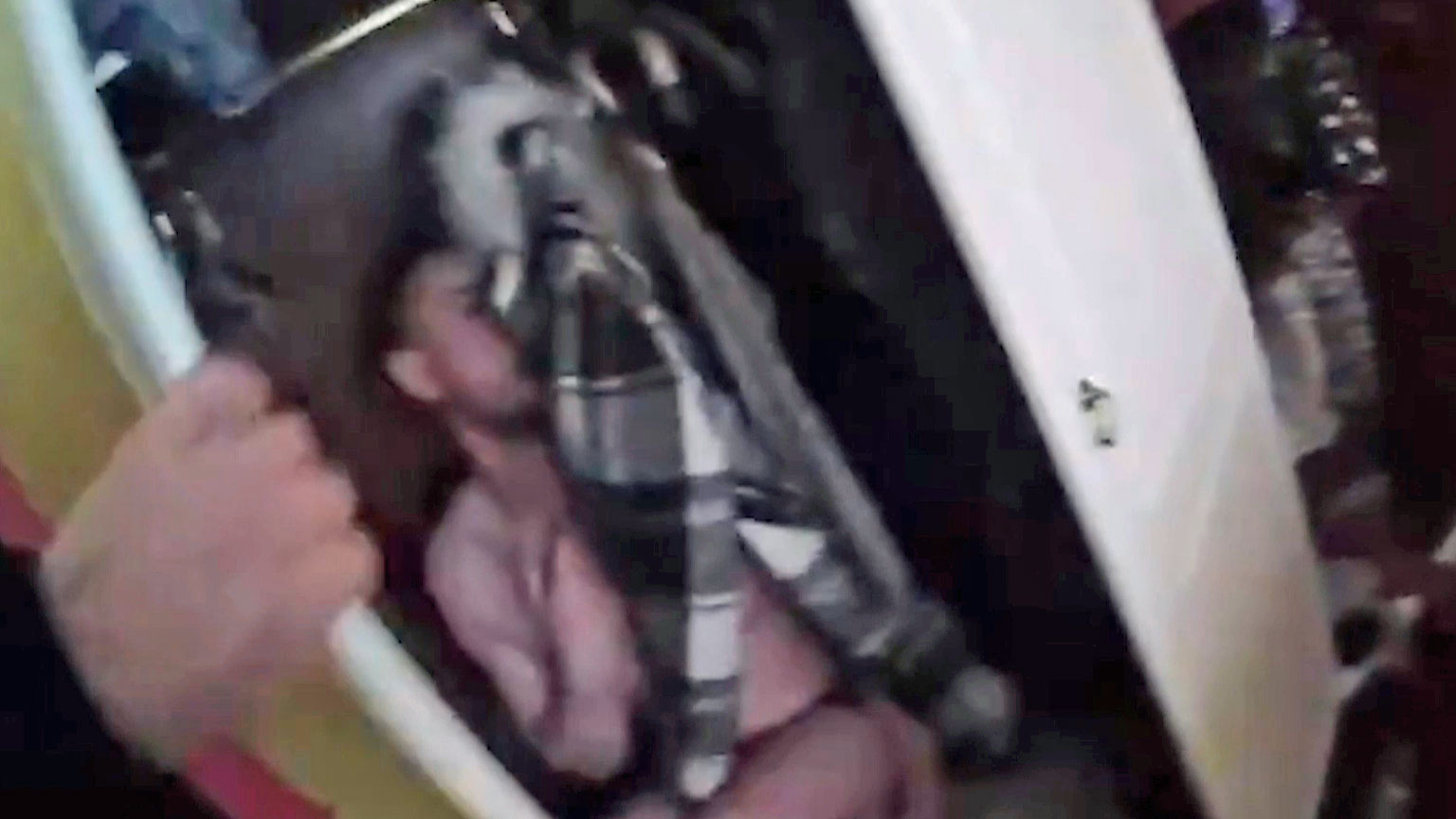 Mr Bowen was sentenced on May 11 after pleading guilty to assault by beating, damaging property, burglary, dangerous driving, driving without insurance and driving while disqualified on May 28 last year.

He was also sentenced after pleading guilty to obstructing a police officer.

Mr Bowen was imprisoned for 18 months for the failed robbery, two additional months for damaging property, and 10 more months for dangerous driving in a separate offence.