The Treasurer says politicians ‘should be leading by example’ after two MPs vowed to return to parliament days after attending mass gatherings in breach of social distancing rules.

Treasurer Josh Frydenberg has suggested politicians should not be allowed to return to parliament this week if they attended mass protests due to fears of a fresh coronavirus outbreak.

Victorian upper house MP David Limbrick has said he plans to attend parliament despite being at the Black Lives Matter rally in Melbourne at the weekend.

Greens Senator Janet Rice was also among the crowds. 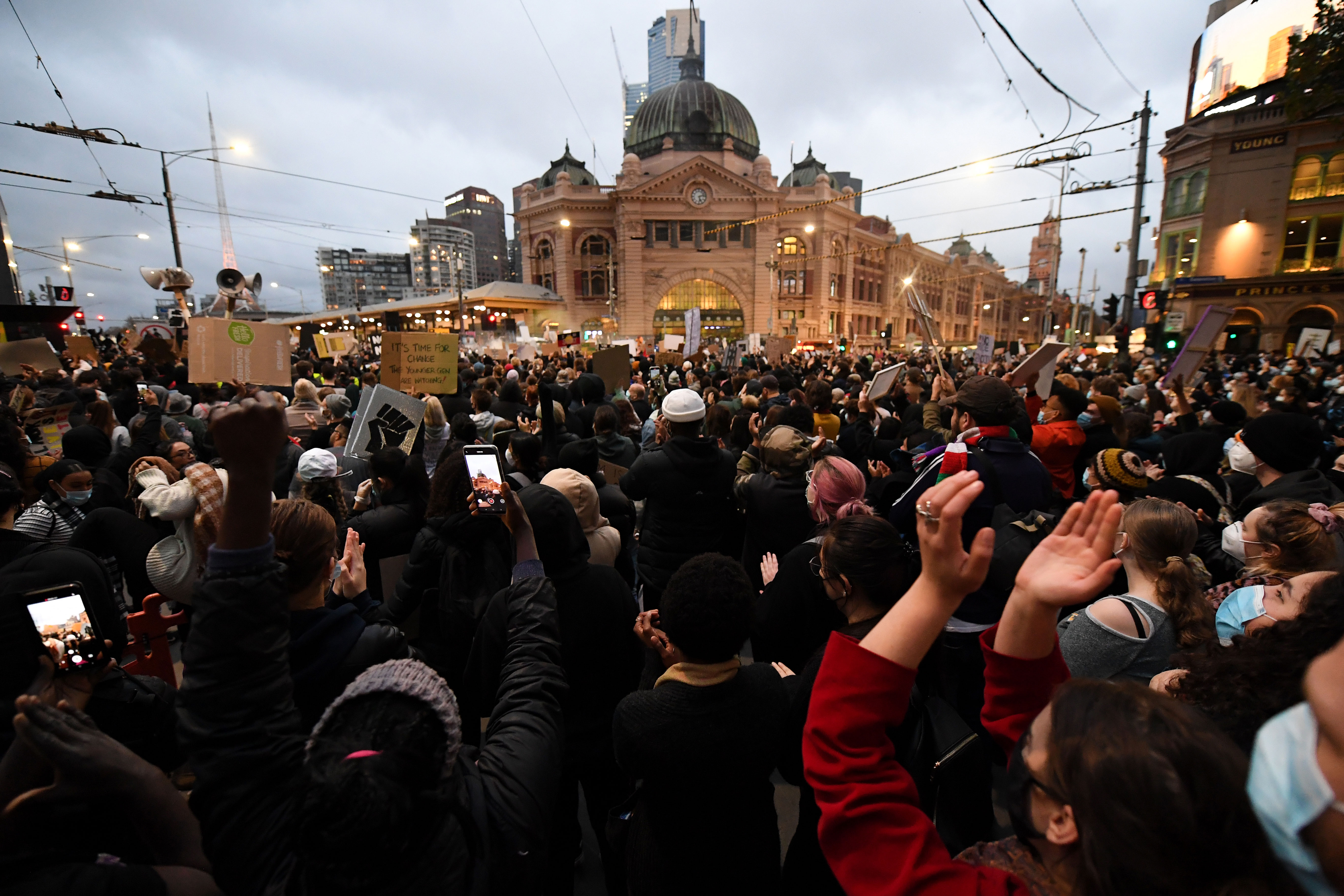 It comes as health experts are at odds over whether those who were there should self-isolate for two weeks to stop a potential second wave of the virus.

The Black Lives Matter rallies saw tens of thousands of people converge on Sydney, Melbourne, Adelaide and Brisbane in protest against Aboriginal deaths in custody and the death of George Floyd in the United States.

"The politicians should be leading by example and the medical advice was clear – don't go and join tens of thousands of people and demonstrate," Mr Frydenberg said this morning.

He said protesters should "find another way" of getting their message across instead of putting the public's health at risk. 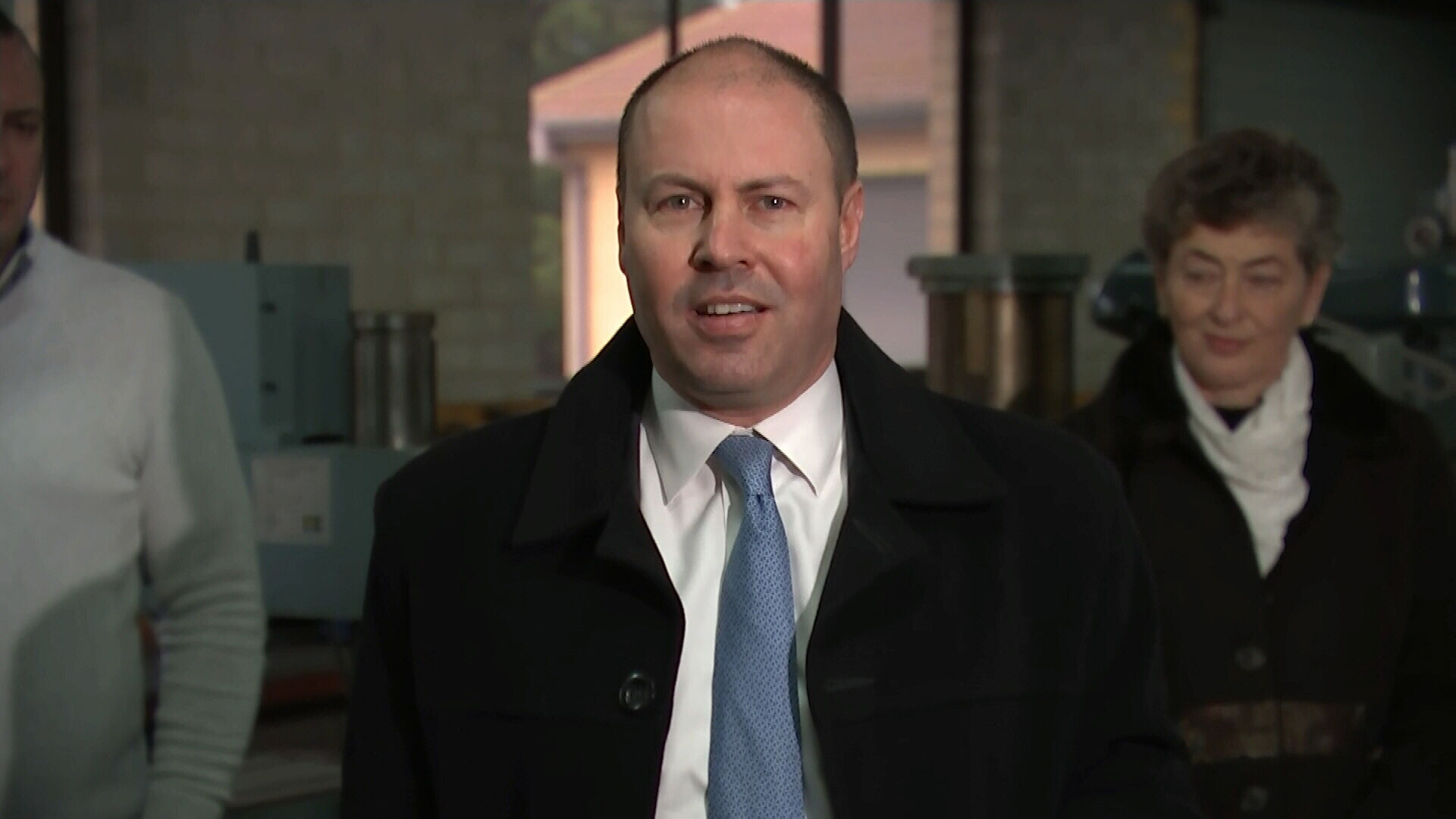 "It's very unfortunate that those demonstrations went ahead in the way they did," Mr Frydenberg said.

"I think it reflects an unjustified complacency across the community.

"People think that we've seen the end of the coronavirus – what we fear is a second wave."

The mass gatherings were "completely and utterly inconsistent with what is expected of everybody else right around Australia", Mr Cormann said. 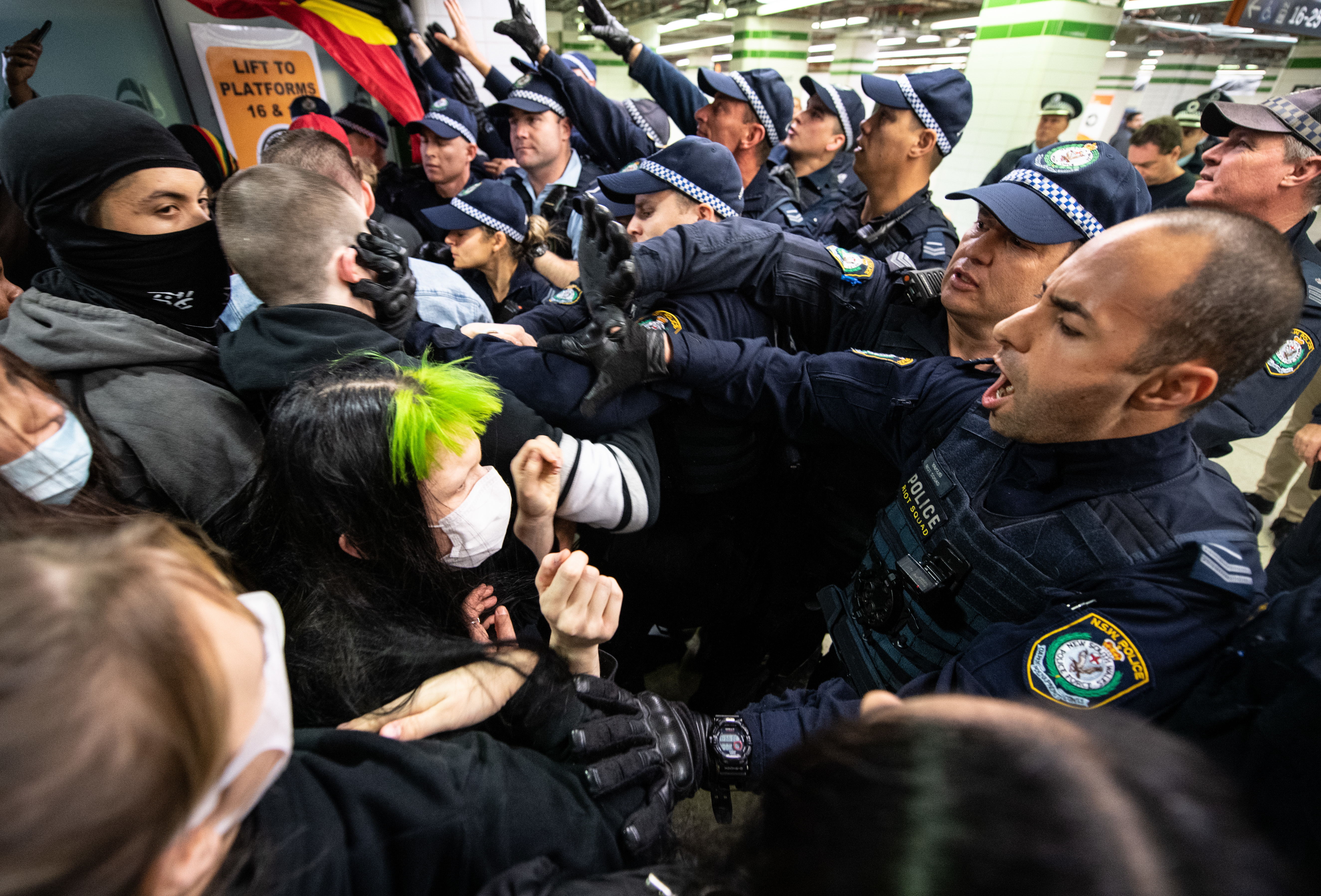 "But right now, in the middle of a pandemic, to pursue these sorts of mass gatherings is completely reckless and irresponsible."

In a message on her Facebook page overnight, Senator Rice said she, too, planned to attend parliament this week.

"None of us would normally choose to protest during a pandemic, but we don't have a choice when black lives are being lost and our government still refuses to do anything about it," she wrote.

"I'm driving up to parliament tonight and intend to carry out my parliamentary duties this week while following strict physical distancing procedures.

"I will monitor my health closely, and get tested and isolate immediately should any symptoms arise."

Mr Frydenberg pointed to sacrifices Australians had made in following the heath advice from authorities since lockdowns were introduces in March.

"People have practised social distancing, we've had brave people working on the front line in our health system, businesses have been hurt, people have lost their jobs, families haven't been able to go and pay their respects to those they have lost at funerals or to celebrate the marriage of loved ones or indeed to stand by their mates and commemorate the Anzac tradition," he said.

"We've all done so because as a community we're focused on one thing, flattening the curve and that's what we've achieved.

"But these demonstrations put that at risk and that's very unfortunate."

He made the comments this morning while announcing an expansion to the instant asset write-off scheme. 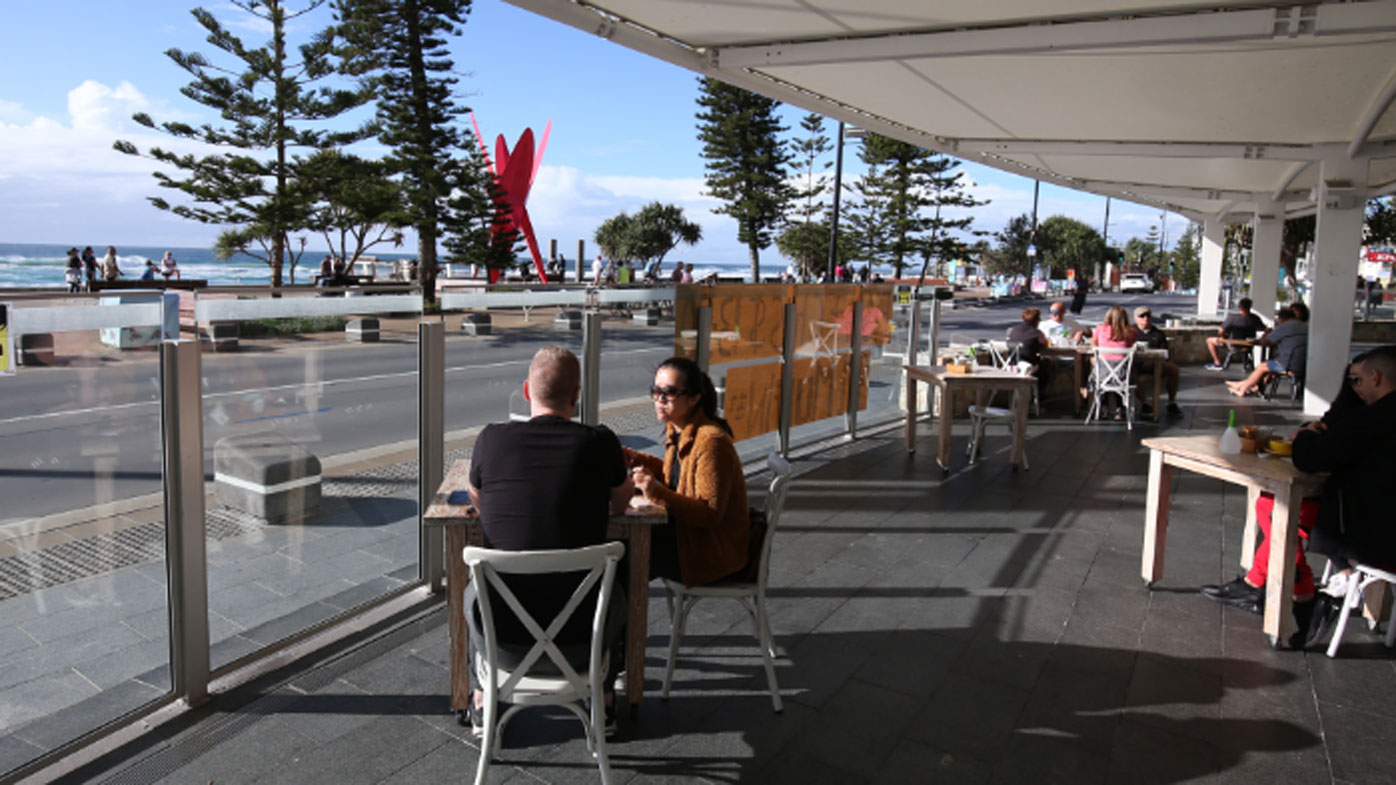 Businesses will be able to access the $150,000 scheme until the end of the year, to help boost those struggling in the wake of the coronavirus.

The treasurer said the extension will cost $300 million and is expected to help about 3.5 million businesses. "(They) will be able to go and purchase equipment or machinery, tools, up to a value of $150,000 - as many times as they want - and then write it off," he told reporters in Googong.

"We've been through some difficult times but the nation has made great progress.

"We've flattened the curve and people are getting back to work, and we want businesses to get back to doing what they do best - growing, innovating and hiring people across the economy." 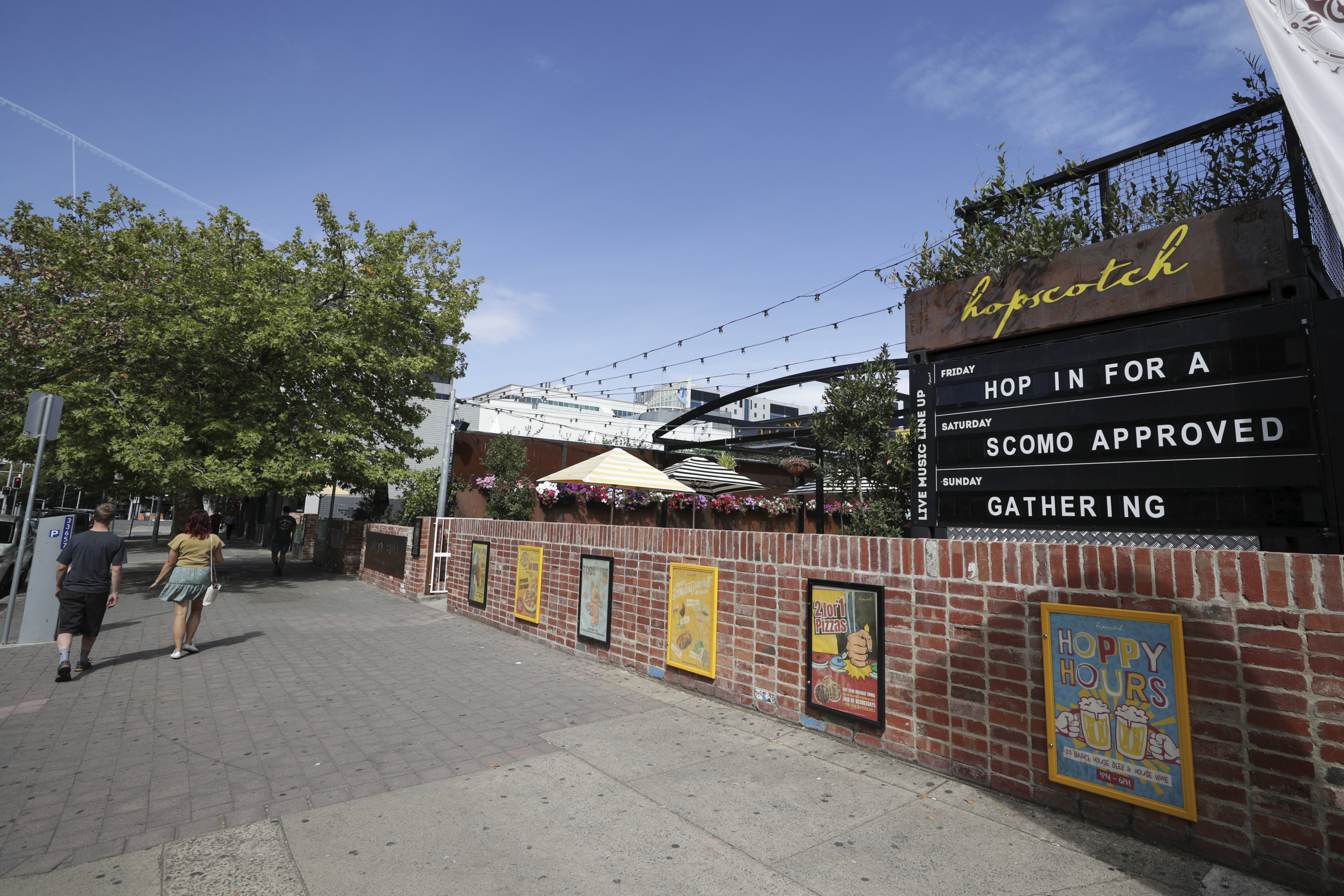 The instant asset write-off, which took effect in March, applies to businesses with annual turnovers of up to $500 million, up from $50 million.

Assets can be new or second hand and must be used or installed by December 31.

Businesses can benefit from the instant asset write-off multiple times.

Mr Frydenberg last week confirmed Australia is in a recession, after the economy shrank 0.3 per cent in the March quarter ahead of a much larger fall expected in the current June quarter.

The pandemic could see government debt blow out by $620 billion by the end of the decade, the Parliamentary Budget Office has found.

Mr Frydenberg will provide a budget update on July 23.