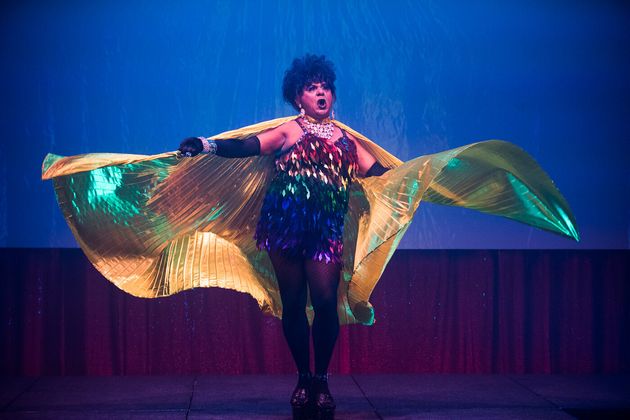 Indigenous communities and wider Australia existed as a predominantly homophobic space where Black LGBTQI people were ostracised from family and floggings happened daily. Homosexuality was illegal in the state until 1984.

Fast-forward to 2020 and the 50-year-old Simms, whose drag persona is Nana Miss Koori, is a respected icon in his community. A pioneer who has represented First Nations LGBTQI on a global stage, Simms has paved the way for the next generations so they don’t have to face the oppression he once did.

But if you had told him 30 years ago that this would happen, he would have never believed you.

Rugby league in the ’70s was (and still is) like a religion for young Indigenous men. And if footy was the faith, Simms was certainly a non-believer.

“My baby brother and older brother were right into rugby league. I felt excluded or uninterested in what they were into,” Simms, a proud Gadigal man, told HuffPost Australia.

“I’d entertain myself by wearing Mum’s clothes,” he added.

From the age of 5, Simms would use a knife to wedge the door of the family’s Nowra housing commission flat shut while he would “experiment with Mum’s blue and green eyeshadow” and “clogs and frocks.”

The knife was for privacy but mainly for his own protection.

“There was a lot of the name-calling,” Simms remembered. “All the derogatory names: ‘ya poofter and ya this, that and the other’ but Mum was aware of what I was up to and my sisters were aware.”

When Simms was about 12, his mother and father separated after what Simms described as “Dad running around on Mum.” Following another failed attempt at rugby in a bid to “fit in and be the male,” Simms found interest in horses. 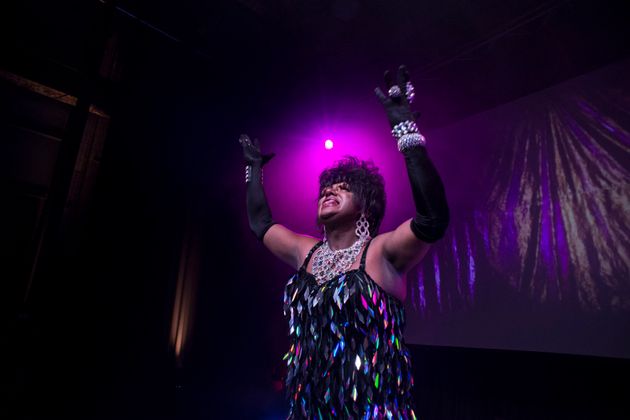 “I did pony club and sporting horse club, I rode in shows, and gymkhana,” he said, adding that a father-like figure mentored him through those early teenage years.

“I had an old white fulla that took me under his wing,” he explained.

“From 13 to about 16, my weekends and school afternoons were focused on horse riding. It was this big white family and the grandfather, Mr Ganderton, paid for my expenses to get me through pony club,” he said. “I was looking at being a jockey. Mum was a single mother on the pension with six kids to look after, she couldn’t afford much apart from a roof over our heads and clothing and food.”

As Simms became an adult, the pressure from his older brother and cousins remained.

He quickly found a girlfriend and became engaged but still felt unsure of his sexuality until an incident one night at the local club cleared things up.

“My fiancee was leaning up against me. I was sitting on a stool. I actually got sexually aroused,” Simms said. “She looked around and joked, ‘Wait till we get home’.”

“I loved her but the thing was, it wasn’t to do with her, it was to do with a guy who walked into the other side of the club. It was him,” he explained. “That brought up a lot of stuff for me. Things were shifting.”

READ:  Lizzo Looks Good As Hell On The Cover Of Vogue

By the time Simms turned 19, grappling with his identity was part of his daily routine.

While working at the service desk at the Nowra Kmart, an affair that would forever change him kicked off with a visiting consultant 20 years his senior.

“He, to me, would make my skin shiver every time he’d come into the store,” Simms said, adding that, in hindsight, he realises this was the first non-heterosexual love of his life.

One night Simms met his mum at the local club for bingo. By chance, his Kmart crush was there.

“This guy came in, he put something in my hand and said, ‘Have a look at that when I leave.’ It was a motel room number,” he said.

Instead of staying at bingo that night, Simms went to the motel and knocked on the door number that was jotted down on the piece of paper.

I was as nervous as anything and so was he but we started seeing one another for about nine months. He was, to me, everything that I’ve ever wanted in somebody.Graham Simms

“I was as nervous as anything and so was he but we started seeing one another for about nine months,” he said. “He was, to me, everything that I’ve ever wanted in somebody.”

It wasn’t long before Simms concluded his lover “had a boy in every town” and the relationship ended in heartbreak.

Simms had nobody to confide in, saying: “I had to put on this front, still try and be sexually intimate with my fiancee and front up for work. I was torn up and confused on the inside.”

It was harder breaking up with his fiancee that he “loved dearly”, Simms explained, than actually dealing with “Graham being attracted to the same sex”.

“I felt many years ago that I had to prove I was man enough hence why I was desperate, in a way, to have a girlfriend,” he added.

It took a “few beers” and a session at the pokies for Simms to finally “come out” to his mum: “She cried at me and said she ‘already knew’.”

After the coming-out formalities with the most important person in his life were out the way, Simms was free to start fresh. But there was still the sinking feeling of disapproval from his male family members.

“I’m 51 and I’ve never said to my father ‘I’m gay’,” he said, adding in 27 years, his mum has only stayed overnight with him in Sydney twice and his brothers don’t call on his birthday.

“I love them, they know my door’s always open for them but I don’t dwell on where they’re at.”

Even in his 20s, Simms was “opening a lot of doors” for Indigenous people in the LGBTQI community on the south coast. He started support groups and was involved with safe houses.

“Other mob started coming through. They felt more comfortable about their sexuality,” he remembered.

He felt the time was right to move back to his birthplace, Sydney, a “safe space” where he would then discover drag.

Simms’ first memory of being on stage involved having a couple of drinks with friends in the inner-city suburb of Redfern and “the old wig came out”.

“Someone had a tray-top ute and I was doing numbers on the back of this ute ― that was my platform,” he said. 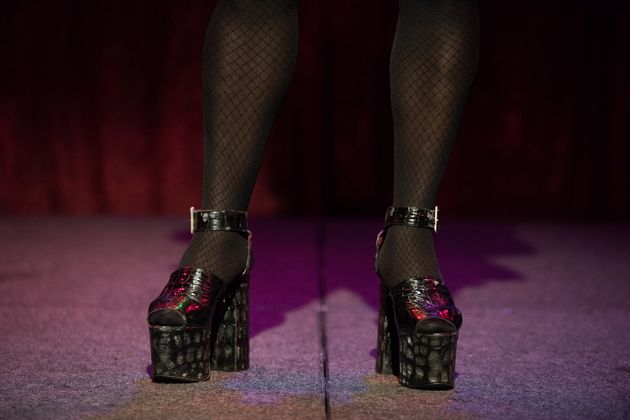 And that platform has only grown.

Now, in his third year of curating the famous Koori Gras: Blak Nulla with Moogahlin Performing Arts, an organisation that supports the next generation of Indigenous changemakers and storytellers, Simms has seven performances booked for the Mardi Gras period plus workshops and appearances.

The crowds flood in for the Gadigal elder Nana Miss Koori, whose drag name is a nod to Simms’ “nana driving” and an homage to Greek artist Nana Mouskouri. Koori is the word for an Aboriginal person from southern NSW or Victoria.

Nana has led First Nations floats and events all over the world, competed in drag competitions, mentored up-and-coming talent, was part of the Sydney World Pride 2023 bid in Athens last year and is a regular at the historic Imperial Hotel’s first-to-market initiative Drag N’ Dine.

“I’ve put a lot of hard work into where I’ve got today. The highs and the lows, through floggings and through the abuse,” he said. “I’ve been a voice, not just for us here in Sydney, but for First Nations people all over Australia. On that international stage too.”

Reminiscing, Simms realises his trailblazing efforts. He knows young mob look up to him, but he says he owes a lot of his strength to his ancestors who have survived oppression and colonisation, saying: “I look back and pay my respects to the Black pioneers before me.”

“Us Blackfullas are brought up to respect our elders,” he added.

So after 30 years, would he change a thing?

“It’s a beautiful gift to be able to be comfortable to be in a position to do all this,” he said.

READ:  'This is a special event': Best time to see planets' Christmas kiss