A 16-year-old French schoolgirl from the Essonne region has become the youngest person in the country to die from COVID-19.

A 16-year-old French schoolgirl from the Essonne region has become the youngest person in the country to die from coronavirus.

The girl, Julie, whose surname has not been revealed, was hospitalised Monday and died Tuesday evening at the Necker children's hospital in Paris.

READ MORE: Stay up-to-date with rolling coverage of the pandemic on 9News

Her older sister, Manon, spoke to the French press to warn that "we must stop believing that this only affects the elderly. No one is invincible against this mutant virus."

Manon, speaking by phone from the home where she is confined with her mother, said that Julie had no pre-existing illness before contracting coronavirus.

She recounted that Julie had a "slight cough" last week and when it worsened this weekend, with more mucus, they saw a GP.

From there, the virus accelerated at a "violent" pace.

Julie was supported with a breathing apparatus, and intubated on Tuesday night, but her lungs failed.

Manon and her mother arrived too late, she told press. They were able to see Julie, but were told by doctors that there was little to be gained by waking her.

Because of the circumstances around the pandemic, the entire process was very rushed.

"(The situation) is complicated, but there needs to be more humanity," Manon said, according to Le Parisien.

Regulations around social distancing mean that Julie's funeral on Monday can only be attended by a maximum of 10 people, but a memorial has been tentatively scheduled for May 4 at her school, with a speech, a minute of silence, and a procession in red and white.

"White for her positivity, and red because it was her favourite colour," a classmate told Le Parisien. 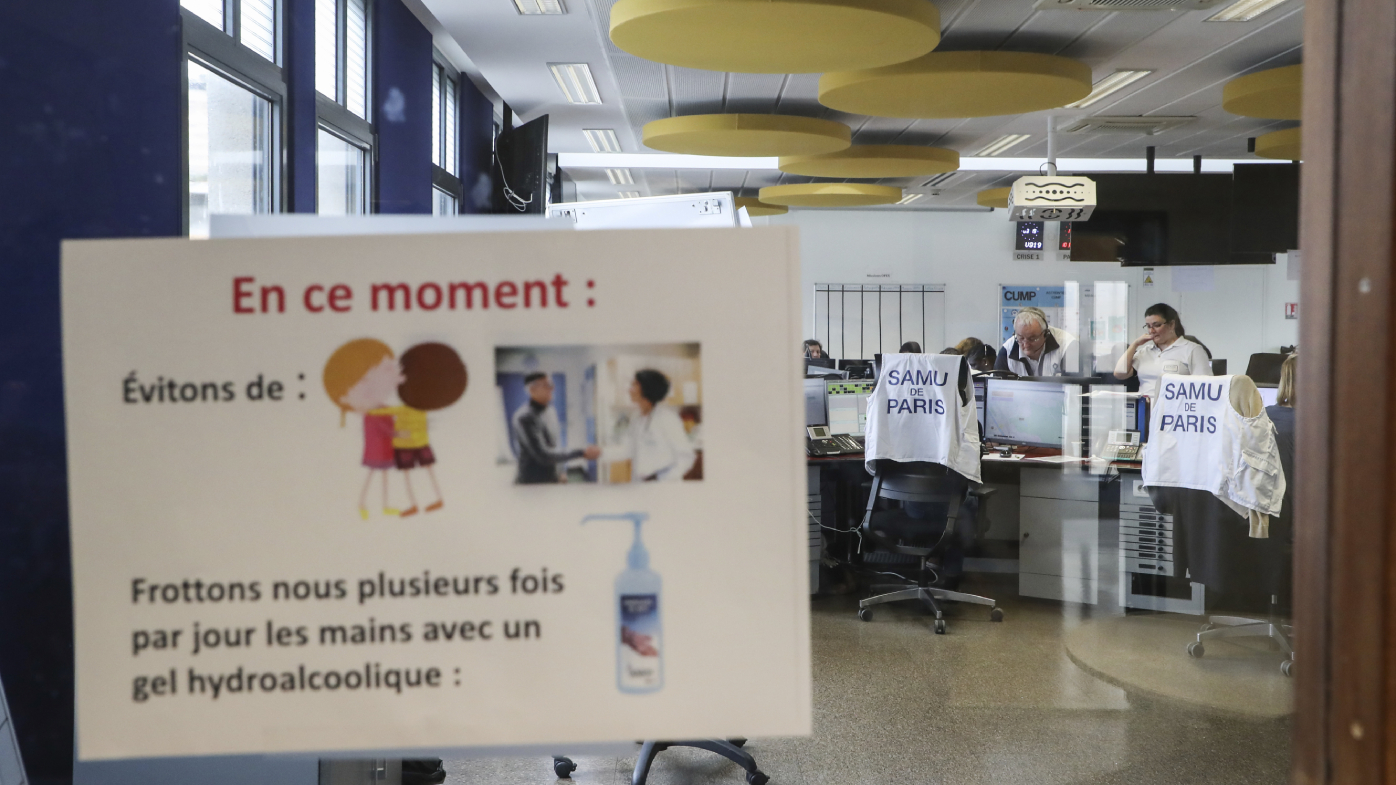 "Julie loved dancing, singing and laughing with friends," said another. "Everything except sitting still and doing nothing."

She was fond of attending showcases run by artists in Paris, and had hoped to work in events after finishing school – "a very sociable, funny, kind, ambitious girl, loved by all."

Parents of Julie's classmates have asked for counselling from the school.

"Like others, my daughter has been sleeping very badly since this terrible news," one mother said to Le Parisien. "If we don't give them psychological support through this, it will overwhelm them."

Even though the death rate from the virus among young people is low, France's public health body has said that 35 per cent of intensive care patients are under 60.

A 21-year-old woman died of the virus in Britain earlier this week.