Elsewhere there’s a cold snap heading for the southeast and heavy rains in the northwest, with snow is forecast in some alpine areas.

Some residents on Queensland's Fraser Island are preparing to evacuate their homes as a large bushfire ravages the world heritage site.

A 'Prepare to Leave' warning is in place for The Oaks, while other advisories have been downgraded for the rest of the Island.

Those living in the township of Happy Valley are breathing a sigh of relief this morning after furious efforts by fire crews and locals late yesterday managed to keep the front away from homes there. 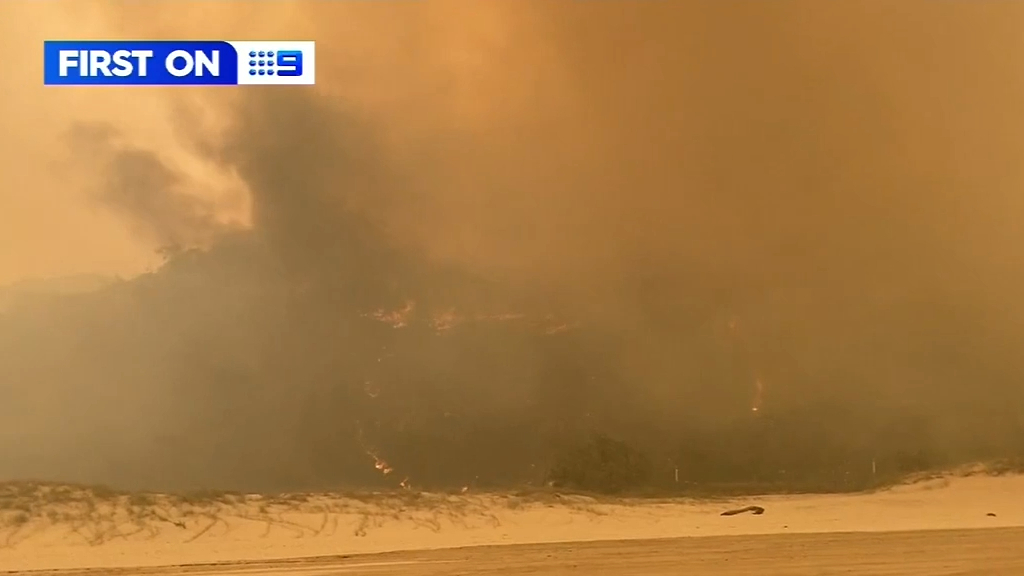 Around 19 aircraft will be put into the skies shortly, as crews continue to battle the blaze.

"Last reports was that fire front is now around about 400m away from The Oaks, about a kilometre just south of Happy Valley," QFES state coordinatior Brian Cox told Today.

Light rain across the region has also brought a slight reprieve from the hot conditions.

Meteorologist Jonathan How from the weather bureau said 10mm had been recorded at nearby Hervey Bay.

"But, unfortunately not too much on the island itself," Mr How told Today.

"Those rainfall figures do suppress fires rather than put them out, but it will certainly give fire authorities a bit of an upper hand over the coming days.

"There is cooler air moving in. In terms of more significant rainfall we need to wait until at least Saturday unfortunately."

Across the rest of the country today, troughs are generating thunderstorms in the northern tropics, interior, southeast Queensland and northeast NSW, some severe.

A high is clearing showers in South Australia. A trough is building heat in Western Australia's west. 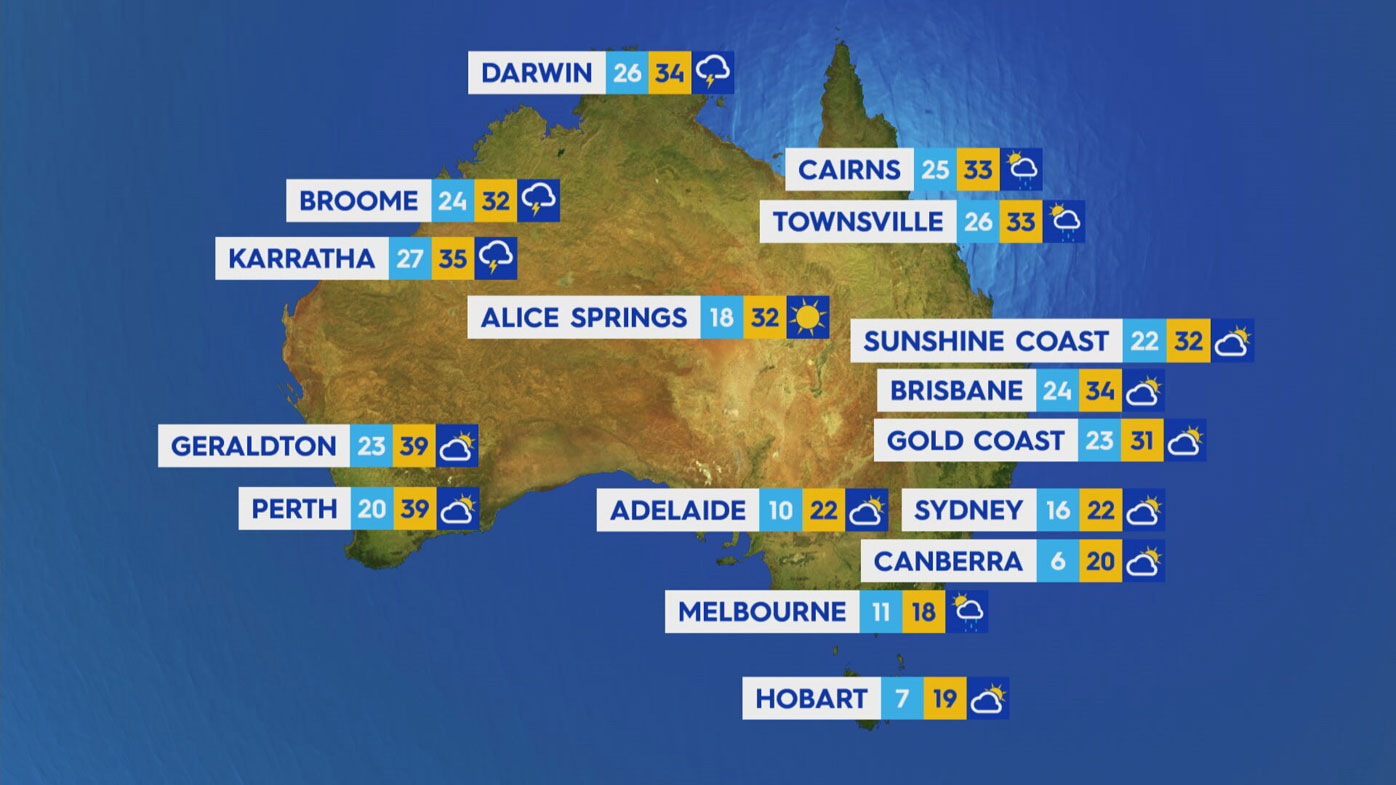 Here is your state-by-state forecast for Tuesday, December 8, 2020:

Brisbane will be mostly cloudy, with a low of 23C and a top of 32C.

NSW and the ACT

Canberra will also be mostly sunny, with a low of 6C and a top of 20C.

There's a warning for sheep graziers for North Central, North East, Central, West and South Gippsland and East Gippsland forecast districts: cold temperatures, showers and southwesterly winds are expected during Tuesday; there is a risk of losses of lambs and sheep exposed to these conditions.

Showers, cold in the southwest. Windy with early snow on the highlands. Mostly cloudy, cool in the southeast. Mostly sunny, cool-to-mild in the north.

Darwin has a possible thunderstorm, with a low of 26C and a top of 33C.