French activists fear that a proposed new security law will deprive them of a potent weapon against abuse — cellphone videos of police activity — threatening their efforts to document possible cases of police brutality, especially in impoverished immigrant neighbourhoods.

French President Emmanuel Macron's government is pushing a new security bill that makes it illegal to publish images of police officers with intent to cause them harm, amid other measures. Critics fear the new law could hurt press freedoms and make it more difficult for all citizens to report on police brutality. 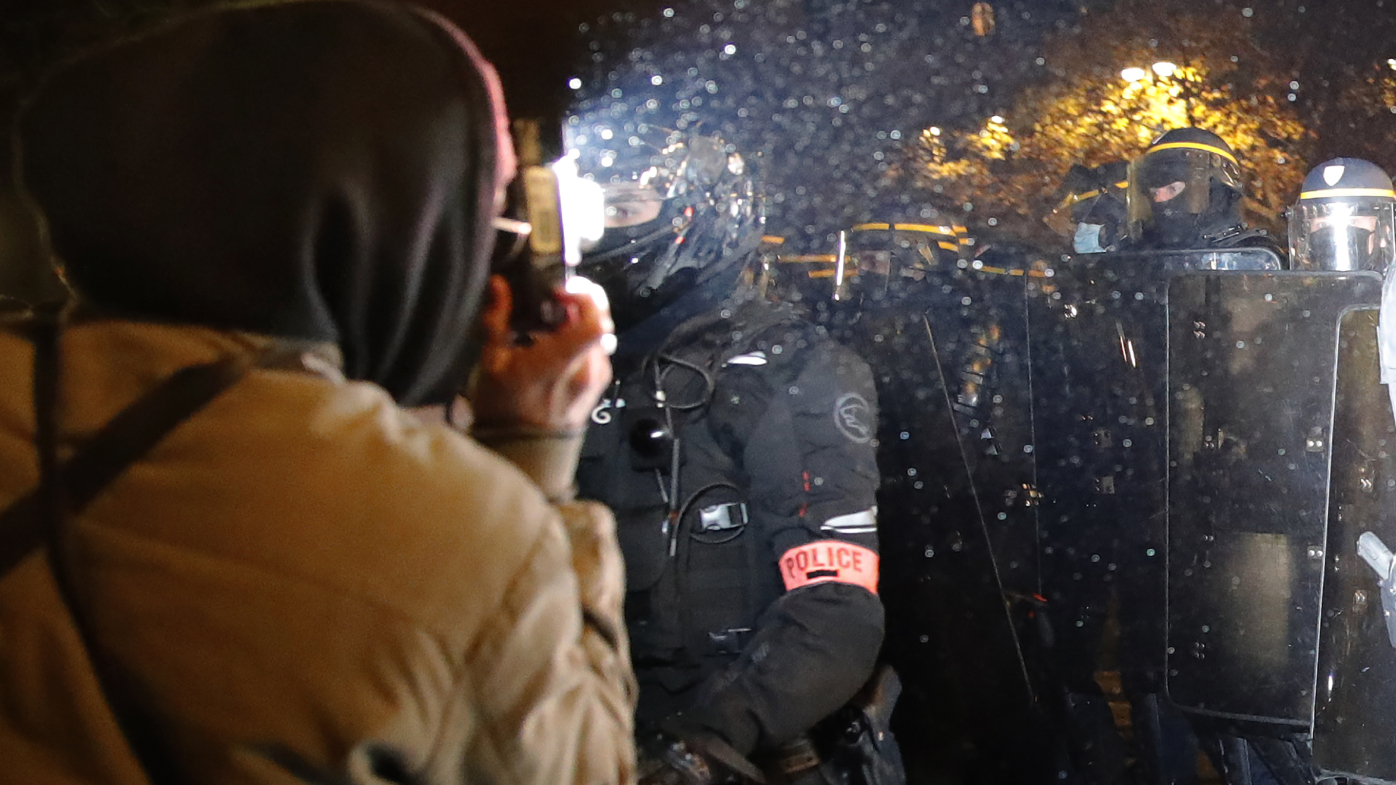 "I was lucky enough to have videos that protect me," said Michel Zecler, a Black music producer who was beaten up recently by several French police officers. Videos first published Thursday by French website Loopsider have been seen by over 14 million viewers, resulting in widespread outrage over police actions.

Two of the officers are in jail while they are investigated while two others, also under investigation, are out on bail.

The draft bill, still being debated in parliament, has prompted protests across the country called by press freedom advocates and civil rights campaigners. Tens of thousands of people marched Saturday in Paris and other French cities to reject the measure, including families and friends of people killed by police. 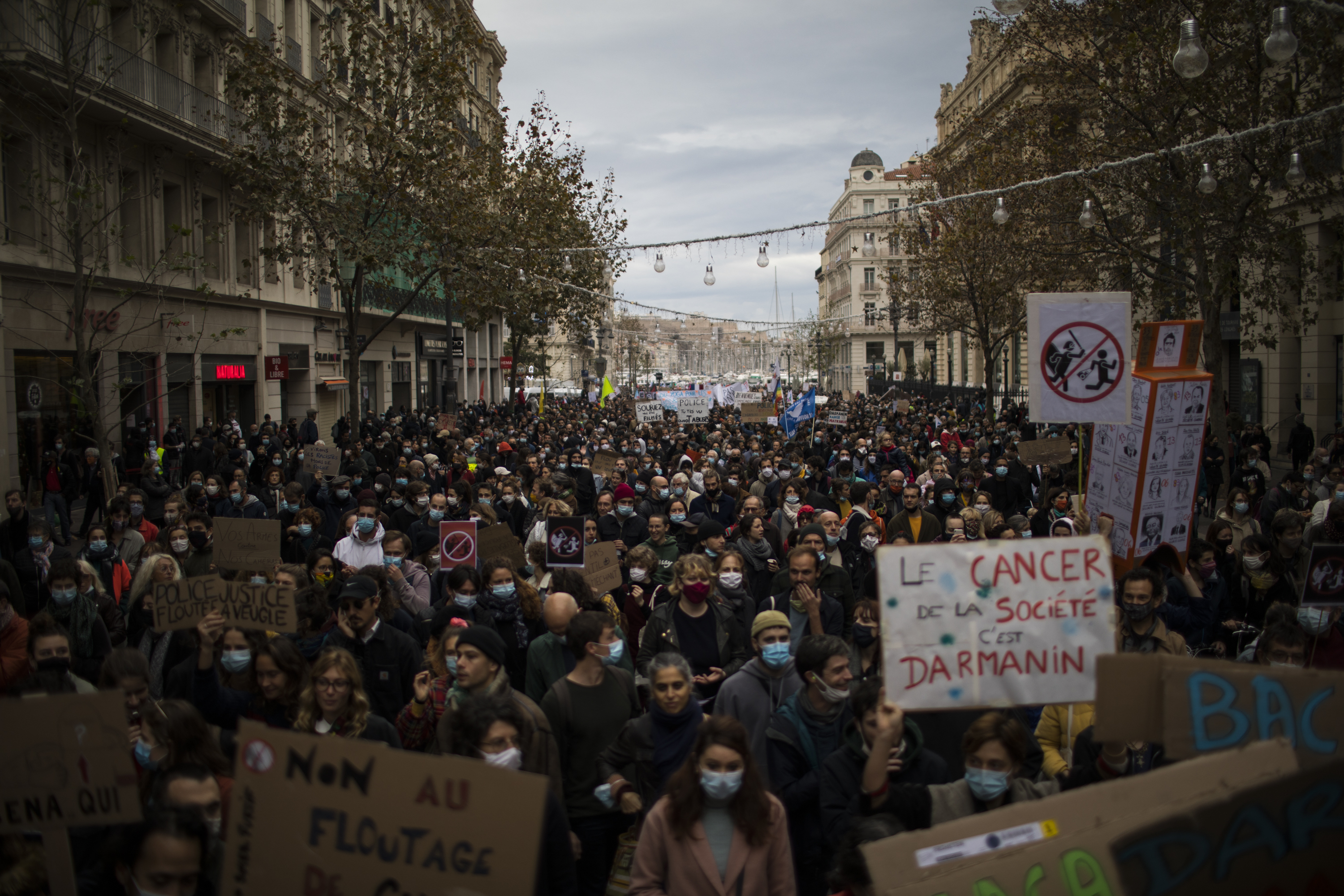 Videos by the public have helped to show a wider audience that there is a "systemic problem with French police forces, who are abusing, punching, beating, mutilating, killing," she said.

READ:  Sixteen firefighters called in to rescue frog in drain

Activists say the bill may have an even greater impact on people other than journalists, especially those of immigrant origin living in neighbourhoods where relationships with the police have long been tense. Images posted online have been key to denouncing cases of officers' misconduct and racism in recent years, they argue.

Assbague expressed fears that, under the proposed law, those who post videos of police abuses online may be put on trial, where they would face up to a year in jail and a 45,000-euro ($73,000) fine.

"I tend to believe that a young Arab man from a poor suburb who posts a video of police brutality in his neighbourhood will be more at risk of being found guilty than a journalist who did a video during a protest," she said. 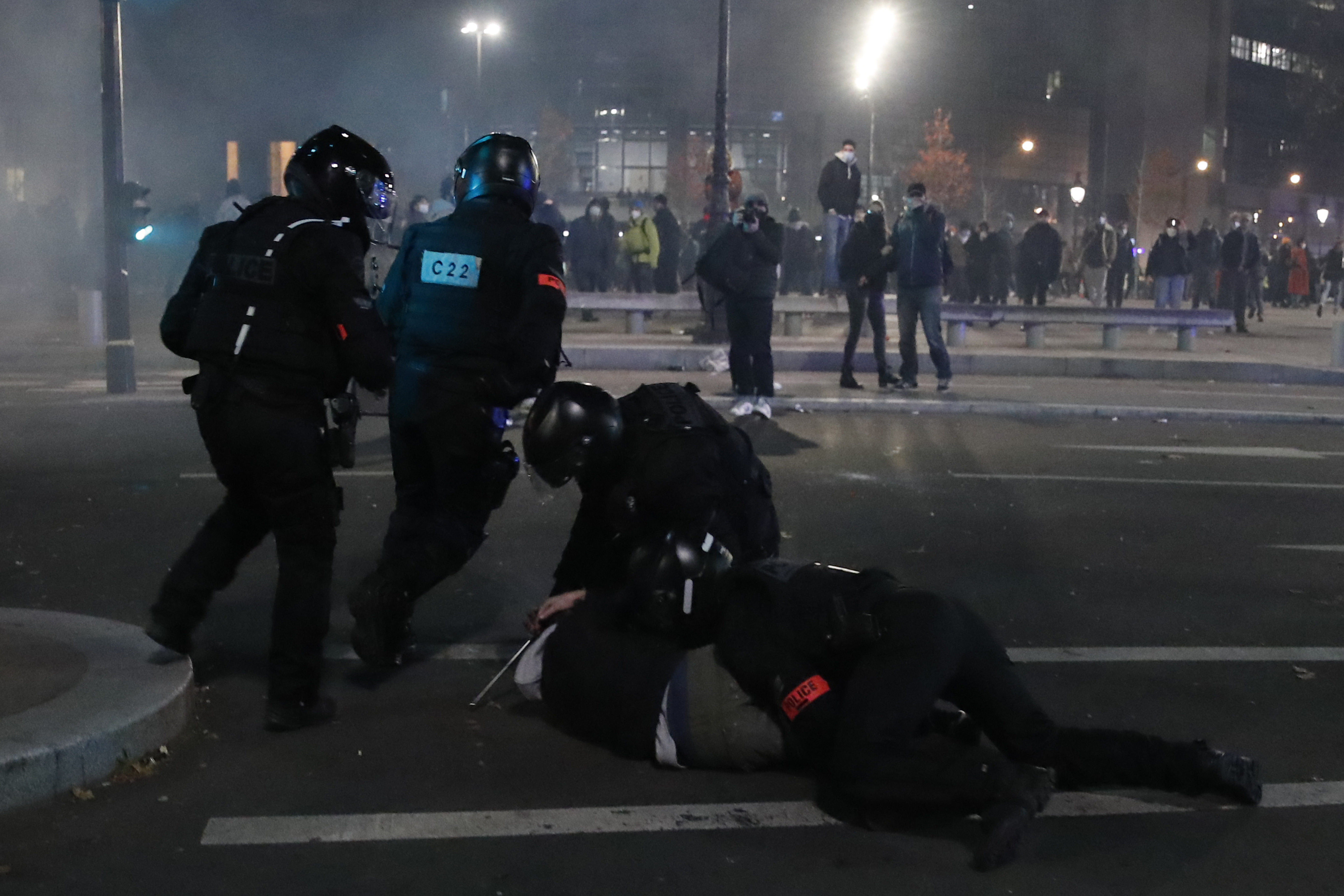 Amal Bentounsi's brother, Amine, was shot in the back and killed by a police officer in 2012. The officer was sentenced to a five-year suspended prison sentence. Along with other families of victims, in March she launched a mobile phone app called Emergency-Police Violence to record abuses and bring cases to court.

"Some police officers already have a sense of impunity. ... The only solution now is to make videos," she told the AP. The app has been downloaded more than 50,000 times.

"If we want to improve public confidence in the police, it does not go through hiding the truth," she added.

The proposed law is partly a response to demands from police unions, who say it will provide greater protection for officers.

Abdoulaye Kante, a Black police officer with 20 years of experience in Paris and its suburbs, is both a supporter of the proposed law and strongly condemns police brutality and violence against officers.

"What people don't understand is that some individuals are using videos to put the faces of our (police) colleagues on social media so that they are identified, so that they are threatened or to incite hatred," he said.

"The law doesn't ban journalists or citizens from filming police in action ... It bans these images from being used to harm, physically or psychologically," he argued. "The lives of officers are important." A "tiny fraction of the population feeds rage and hatred" against police, Jean-Michel Fauvergue, a former head of elite police forces and a lawmaker in Macron's party who co-authored the bill, said in the National Assembly. "We need to find a solution."

Justice Minister Eric Dupond-Moretti has acknowledged that "the intent (to harm) is something that is difficult to define."

In an effort to quell criticism, lawmakers from Macron's party announced Monday they would rewrite the criticised article of the bill, which will be debated by the Senate early next year.

Activists consider the draft law just the latest of several security measures to extend police powers at the expense of civil liberties. A statement signed by over 30 groups of families and friends of victims of police abuses said since 2005, "all security laws adopted have constantly expanded the legal field allowing police impunity." 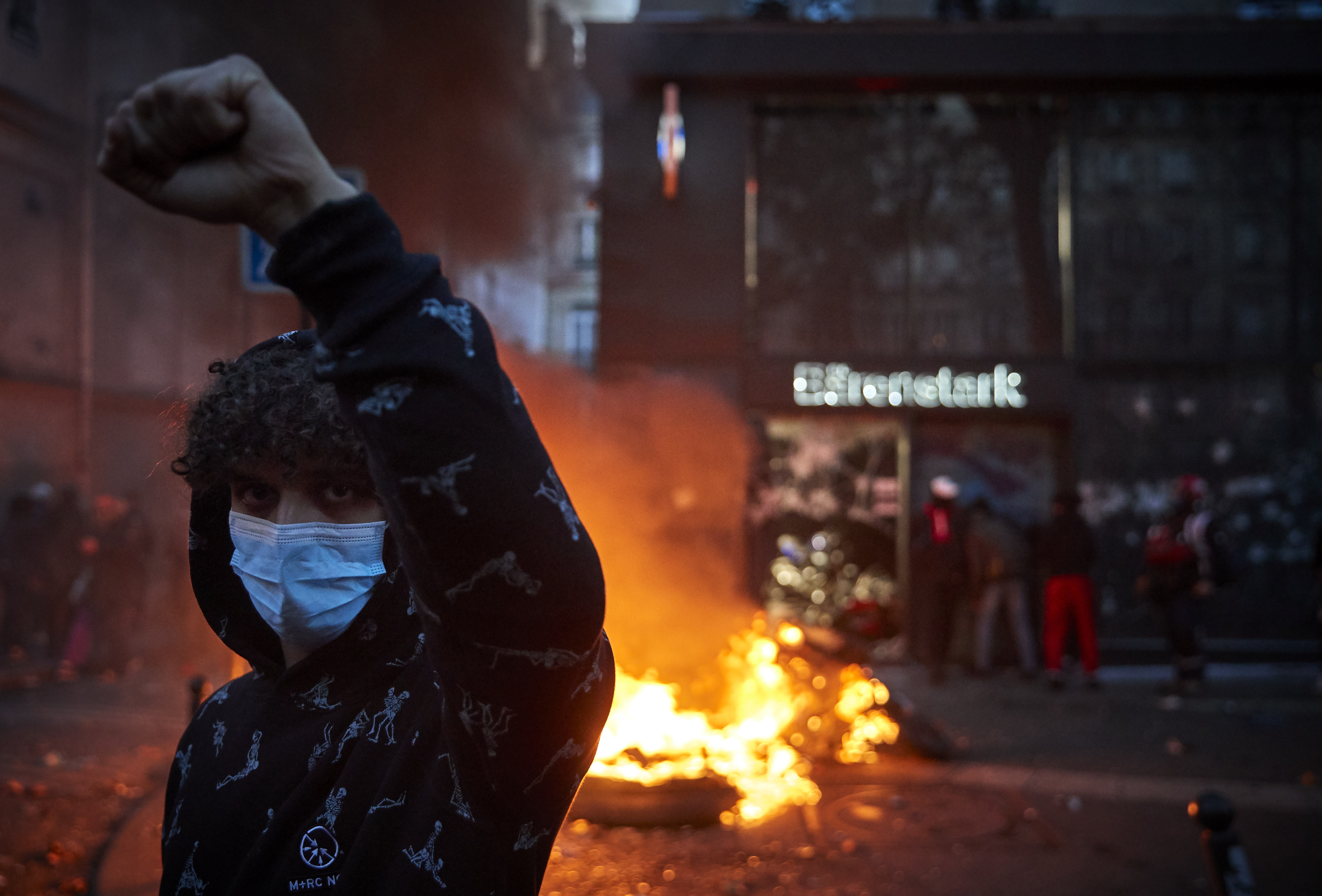 In recent years, numerous security laws have been passed following attacks by extremists.

Critics noted a hardening of police tactics during protests or while arresting individuals. Hundreds of complaints have been filed against officers during the yellow vest movement against economic injustice, which erupted in 2018 and saw weekends of violent clashes.

Interior Minister Gerald Darmanin said out of 3 million police operations per year in France, some 9500 end up on a government website that denounces abuses, which represents 0.3 per cent.

France's human rights ombudsman, Claire Hedon, is among the most prominent critics of the proposed law, which she said involves "significant risks of undermining fundamental rights."

"Our democracy is hit when the population does not trust its police anymore," she told the National Assembly.