A mother found dead in a Melbourne home alongside her three children is believed to be responsible for all four deaths, police have confirmed.

Police arrived at a Tullamarine home about 12.20pm yesterday afternoon to find the bodies of 42-year-old Katie Perinovic and her three children Claire, aged seven, Anna, five, and Matthew, three.

The father of the children and Ms Perinovic's husband Tomislav Perinovic, 48, raised the alarm. He spoke with police and was released without charge last night. 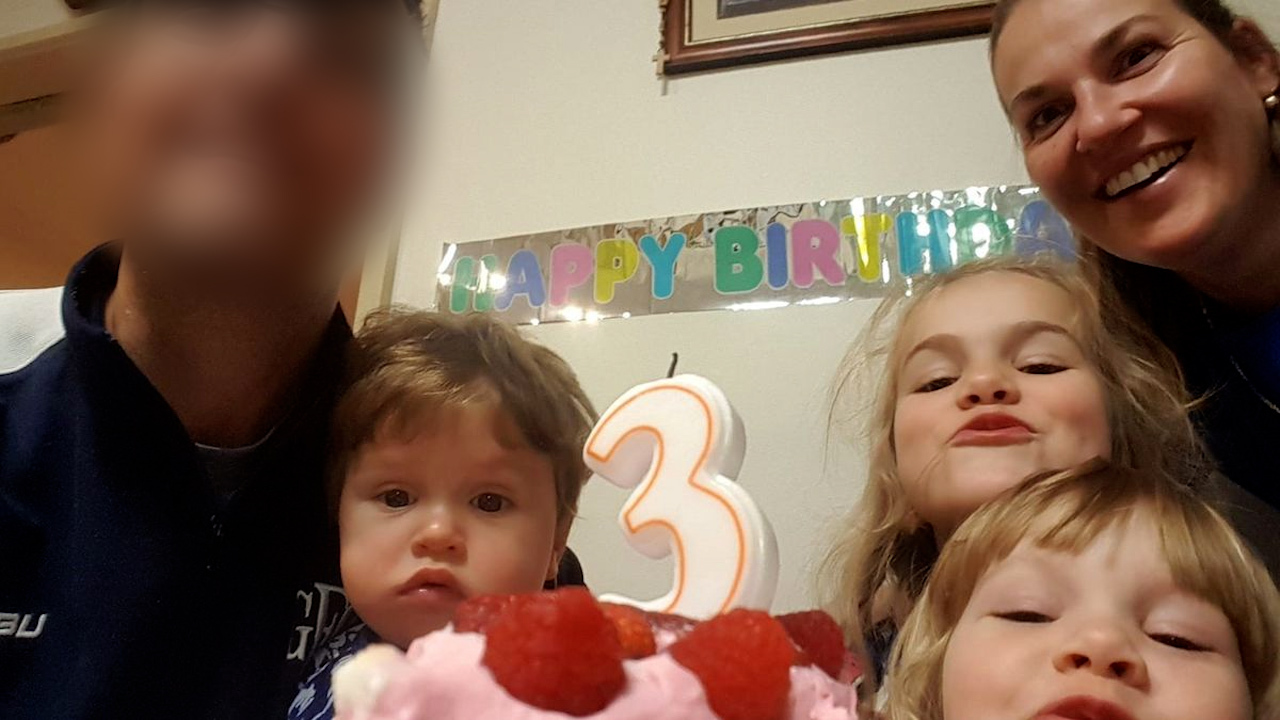 "Homicide Squad investigators have formed the preliminary view that the 42-year-old woman is responsible for all four deaths," Victoria Police said in a statement this afternoon.

"Investigators do not believe the 48-year-old man was involved in the incident and police are not looking for anyone further in relation to the matter.

"On completion of their investigation, a report will be provided for consideration of the coroner." 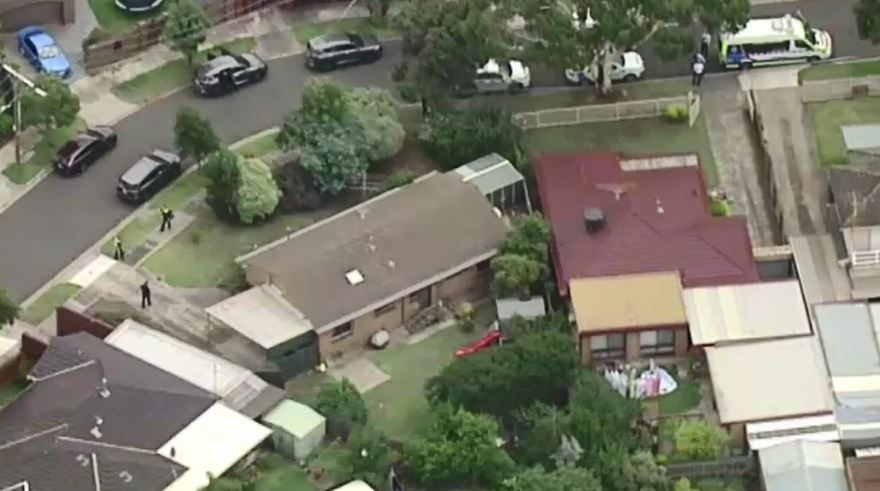 Police said all five members of the family lived at the home and confirmed Mr Perinovic is not believed to be involved in the deaths.

"A 48-year-old man, who also resided at the house, assisted police and last night was released without charge," a Victoria Police spokesperson said.

"Detectives have also spoken to a large number of people, including the family, friends, and neighbours of the deceased.

"An extensive forensic examination of the scene has also been conducted."

Tributes have been laid outside the Tullamarine home as the community mourns the deaths of the family.

Police and neighbours say they have been rocked by the "tragic" incident, while heartbroken friends and family are still trying to come to terms with the horrific tragedy.

READ:  They Said It: More of This Week’s News 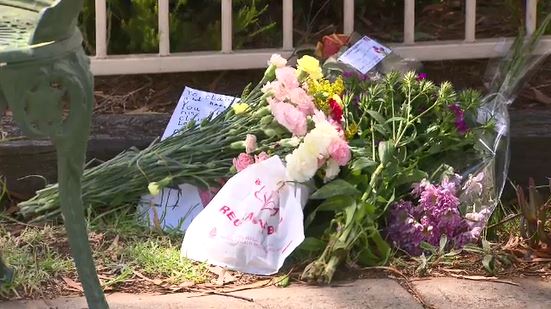 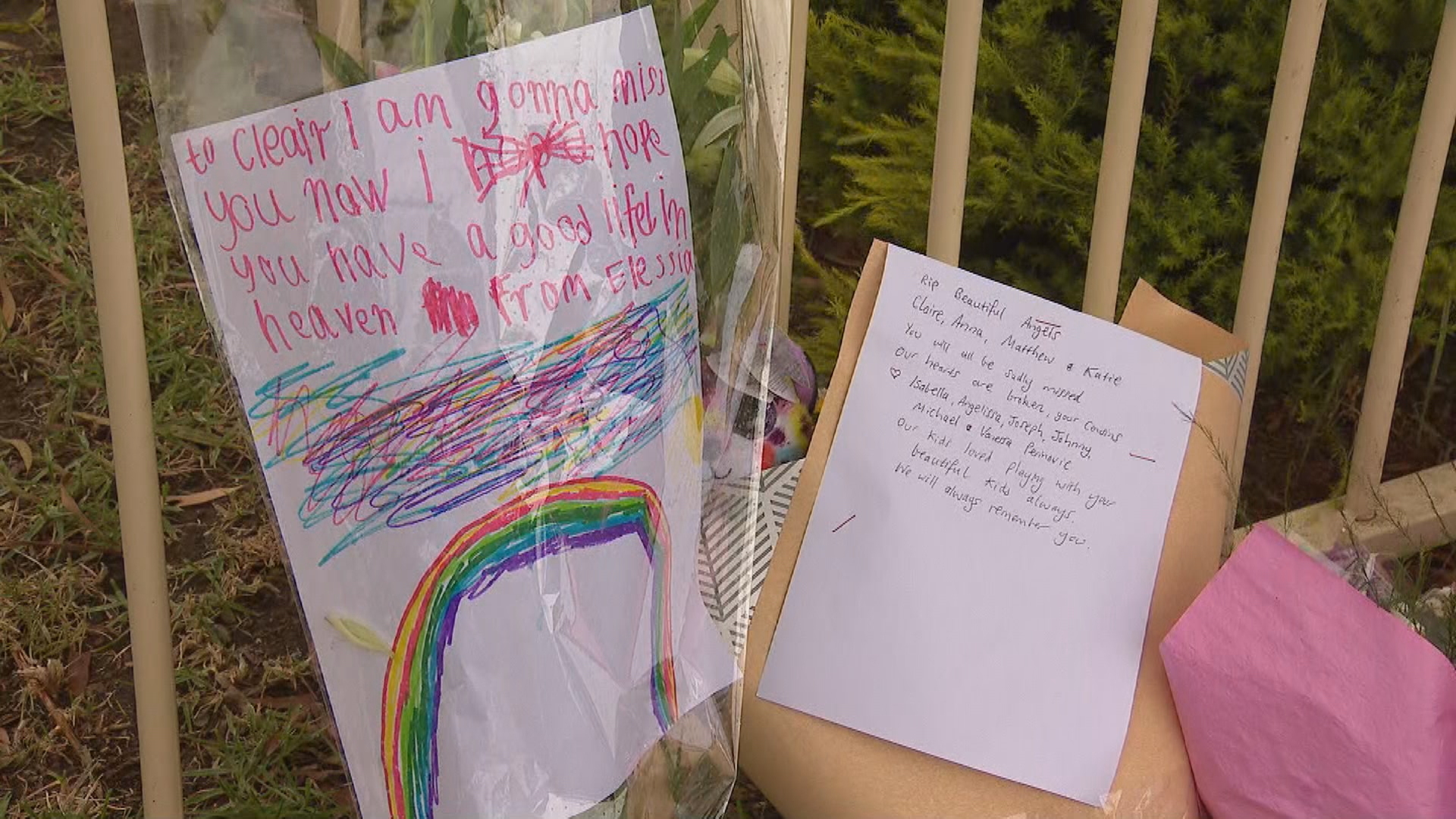 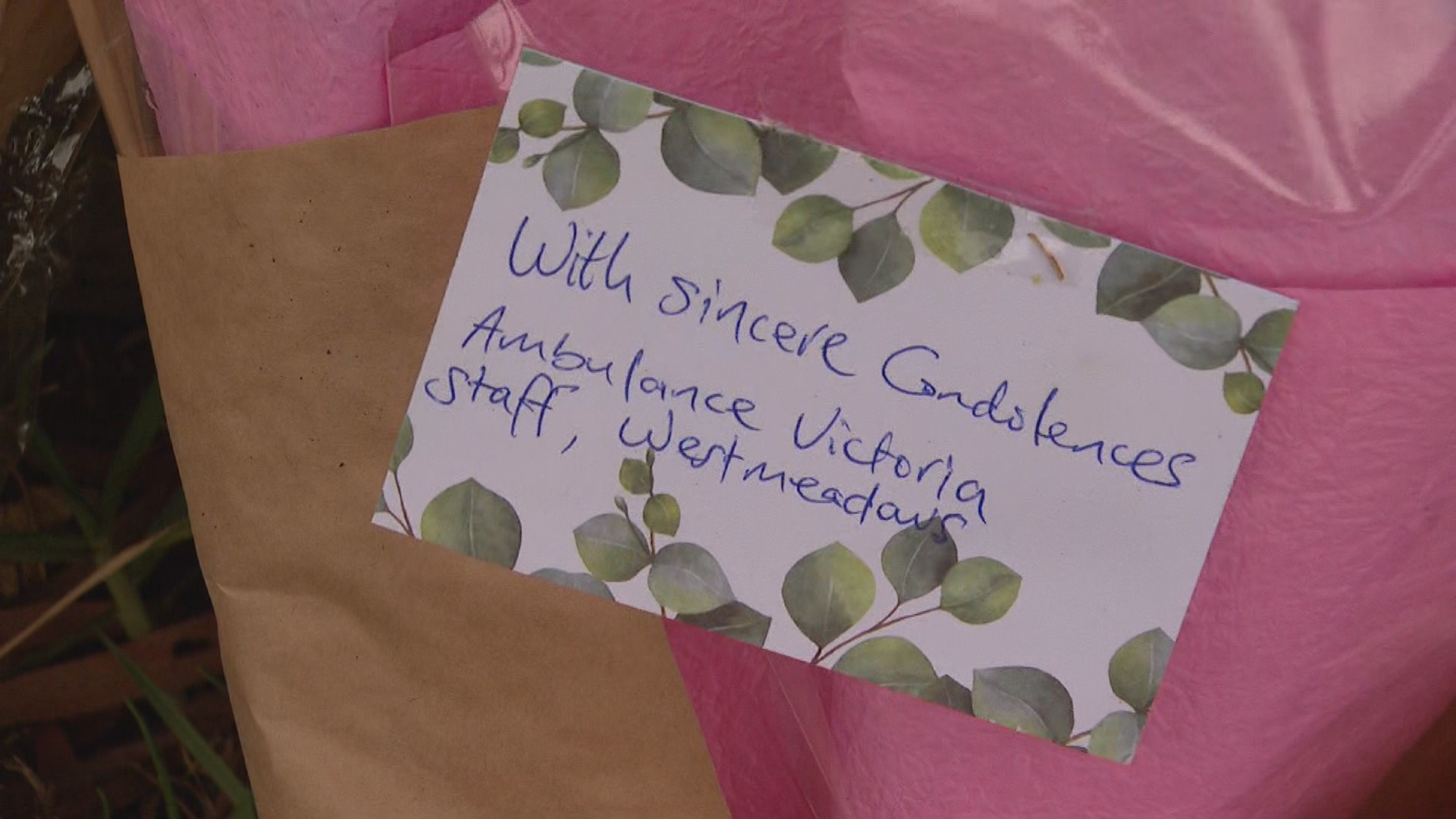 "I'm devastated, it's so close to home ... these are people who've spent time in my home ... my kids love their kids," a friend told 9News.

"She was the best mum, those kids were beautiful ... how am I gonna tell my kids?"

A friend of the family told 9News this morning she caught up with Ms Perinovic a few weeks ago, but she did not seem herself.

"On that day she did seem to be a bit withdrawn, I'll admit that,' friend Marie Groves said.

"She was not her usual bubbly, effervescent Katie who was really interested in what everybody else was doing.

"She was very quiet. She was such a feature of the neighbourhood, she was smiley faced Katie who would always stop and chat.

"We cannot understand how this could have happened to Katie." 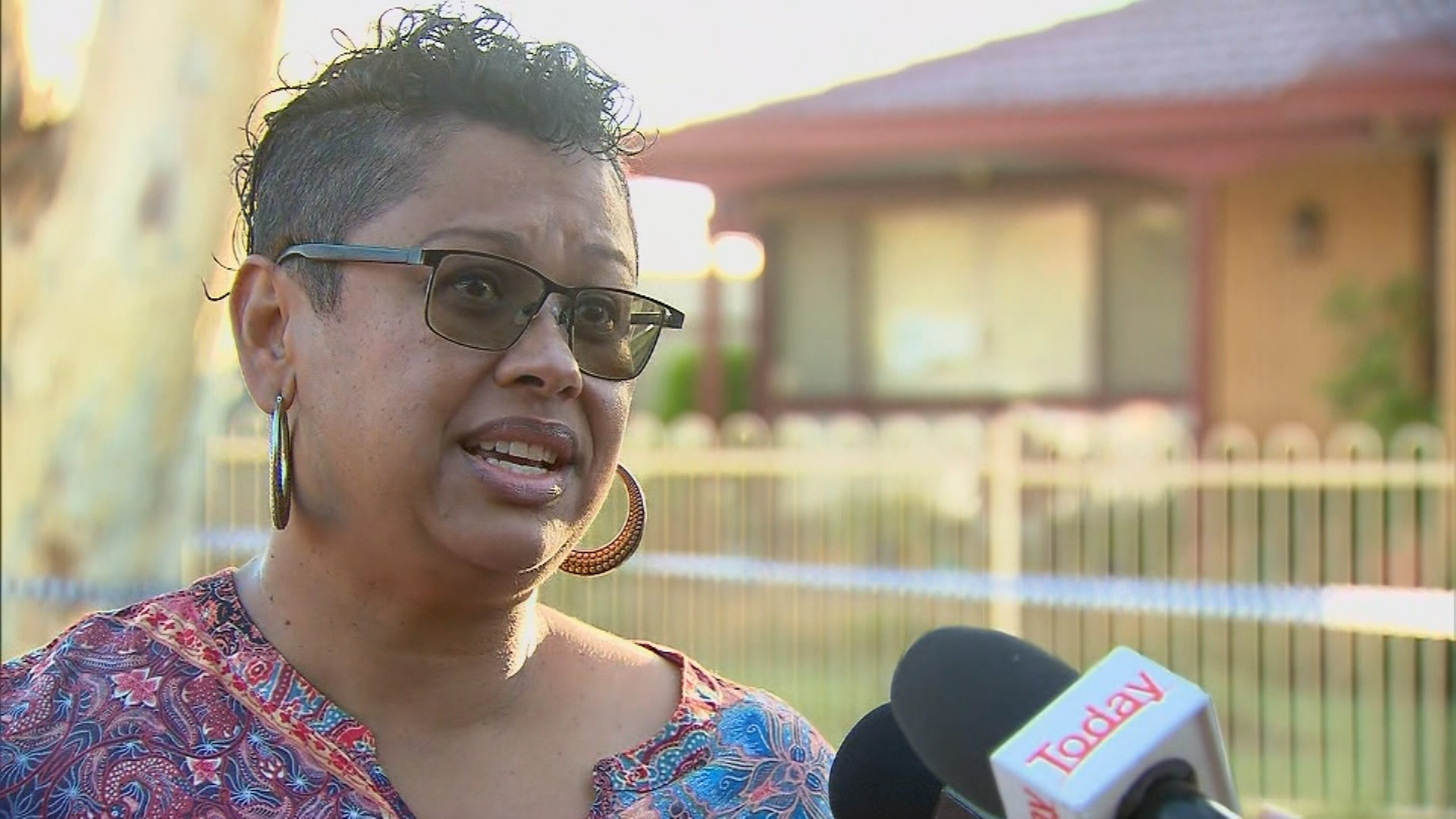 Adrian Glasby, principal of Christopher's Catholic School in Airport West, where two of the children attended, said the school community was "deeply shocked" by the tragedy.

"Our school community is deeply shocked to receive this heartbreaking news and extends sincere sympathy and prayerful support to the Perinovic family, and all who are struggling to comprehend this tragic loss of life," he said in a statement.

Mr Glasby described Claire, who would have been in grade two this year, as a "kind, diligent and much-loved" student.

The second youngest of the children, Anna, was due to start prep at the school in just a few weeks' time.

The school was looking forward to welcoming Anna "with her huge smile", Mr Glasby said.

"Today I have communicated with our school community and provided advice for them in sharing this tragic news and supporting their own children during this time of grief and loss," he said.

"Ongoing support and counselling will also be offered to all members of our school community." 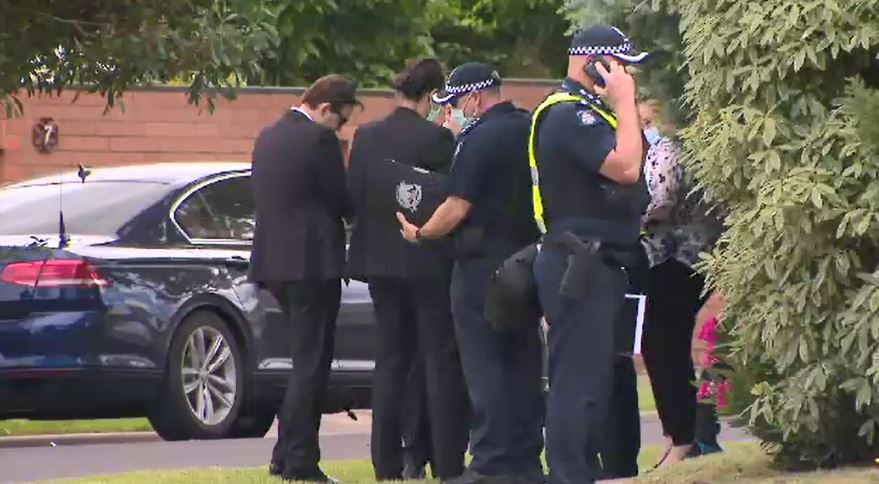 Acting Deputy Commissioner Robert Hill said the incident would have a huge impact on the community and police at the scene.

"This is a tragic event, the loss of life tragic in any circumstance but when it involves children, it's even more heart-wrenching."

Acting Assistant Commissioner Mark Galliott said officers investigating the incident would receive a wealth of support given the traumatic circumstances.

"This will have long-lasting effects on the police that have attended, on extended family, the community, the neighbourhood, the emergency services, and everybody else involved," he said. 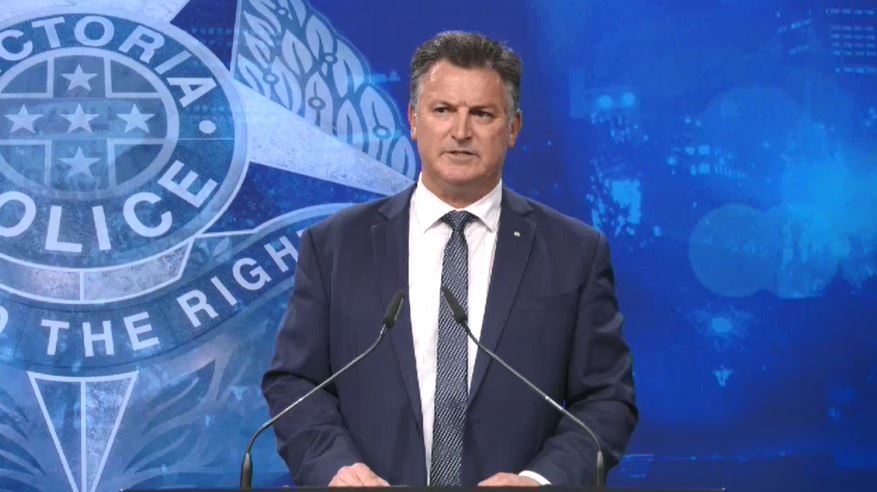 "They'll be lifelong memories that they'll have to deal with ... so we will make sure that the welfare of our members and the emergency services that attended are paramount."

Outside the home, more locals expressed their shock at the tragic circumstances.

"It is sad, very sad to hear people have died around here in Tullamarine," John Ozolins told 9News.

"We don't have any trouble here at all." 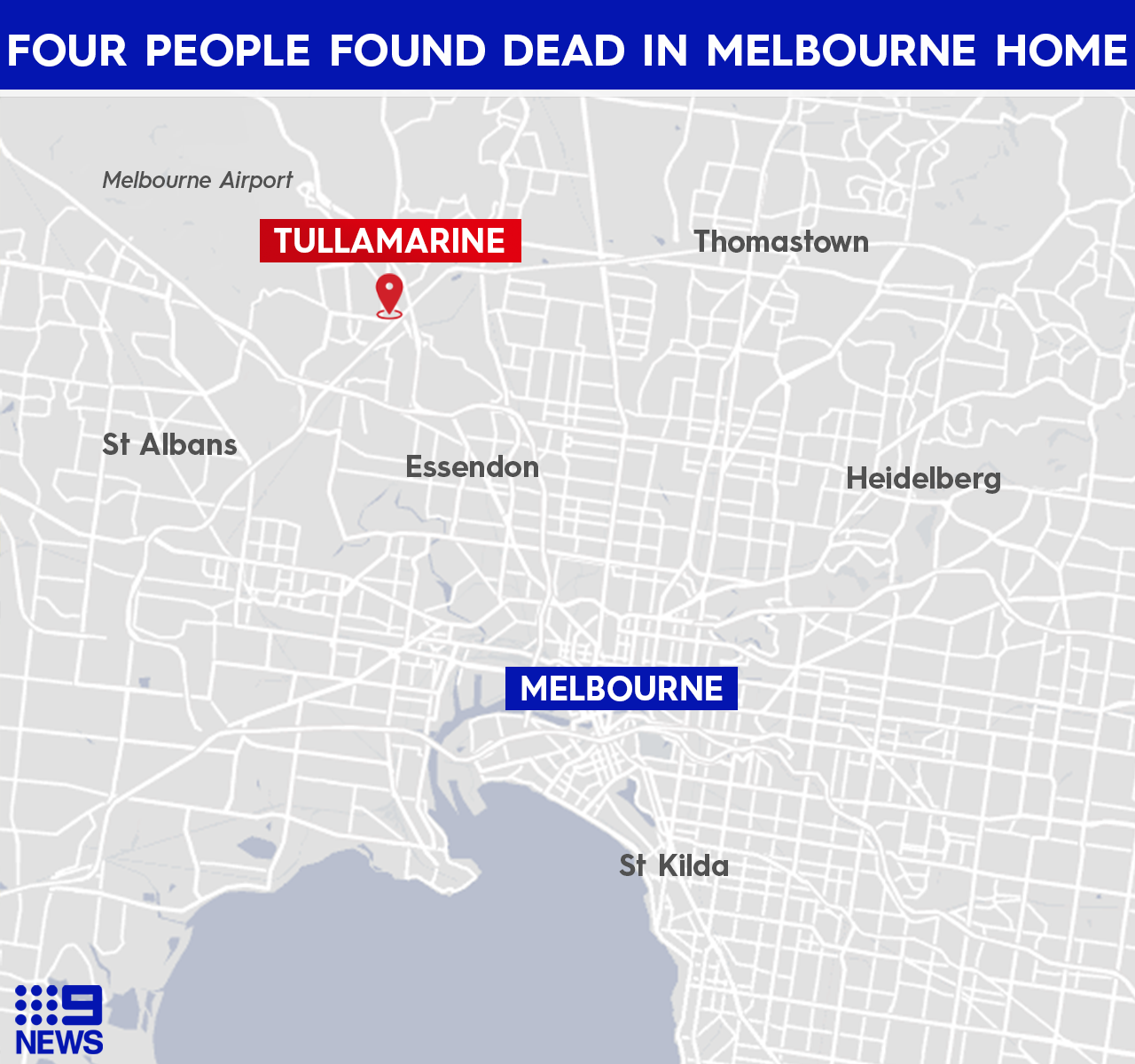 Neighbours said the area was peaceful and the situation was a shocking one.

"It's a very quiet street, very quiet ... there's been no problems anywhere." 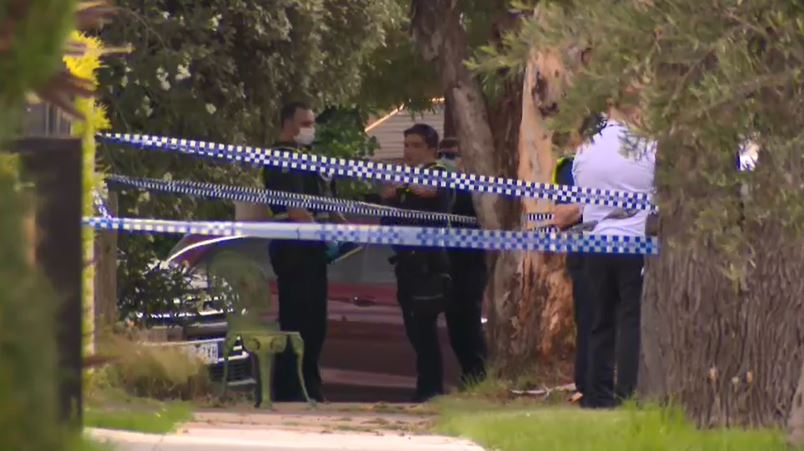 Neighbour John said the mother-of-three was a kind person and the three siblings lovely.