Some people claimed they were out walking, getting their daily dose of exercise, before the clashes turned violent.

There have been tense scenes in Melbourne's south-east, as anti-lockdown protesters clashed with police in the middle of a suburban street.

Four people were arrested when a demonstration in Dandenong turned violent just after 5.30pm last night, involving about 100 people who marched down the street.

Some people could be heard saying they were out walking, getting their daily dose of exercise.

There are fears another protest will take place tonight. 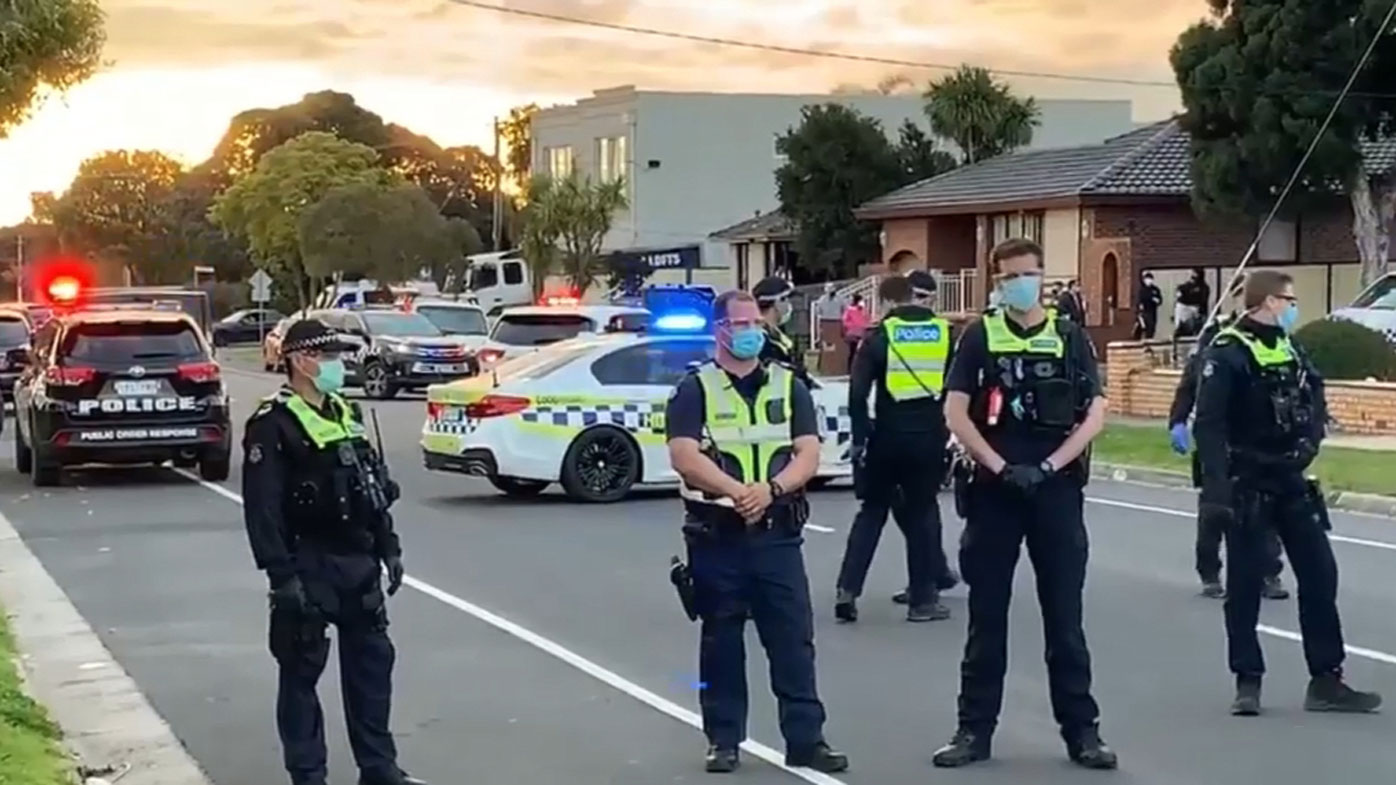 At one point, officers held up pepper spray, ordering people to move on after a man was tackled. While some of the protesters appeared to taunt police.

Police said four men were arrested at the George Andrews Reserve, for failing to provide identification.

One of those includes a 28-year-old man who has since been charged with assaulting police. 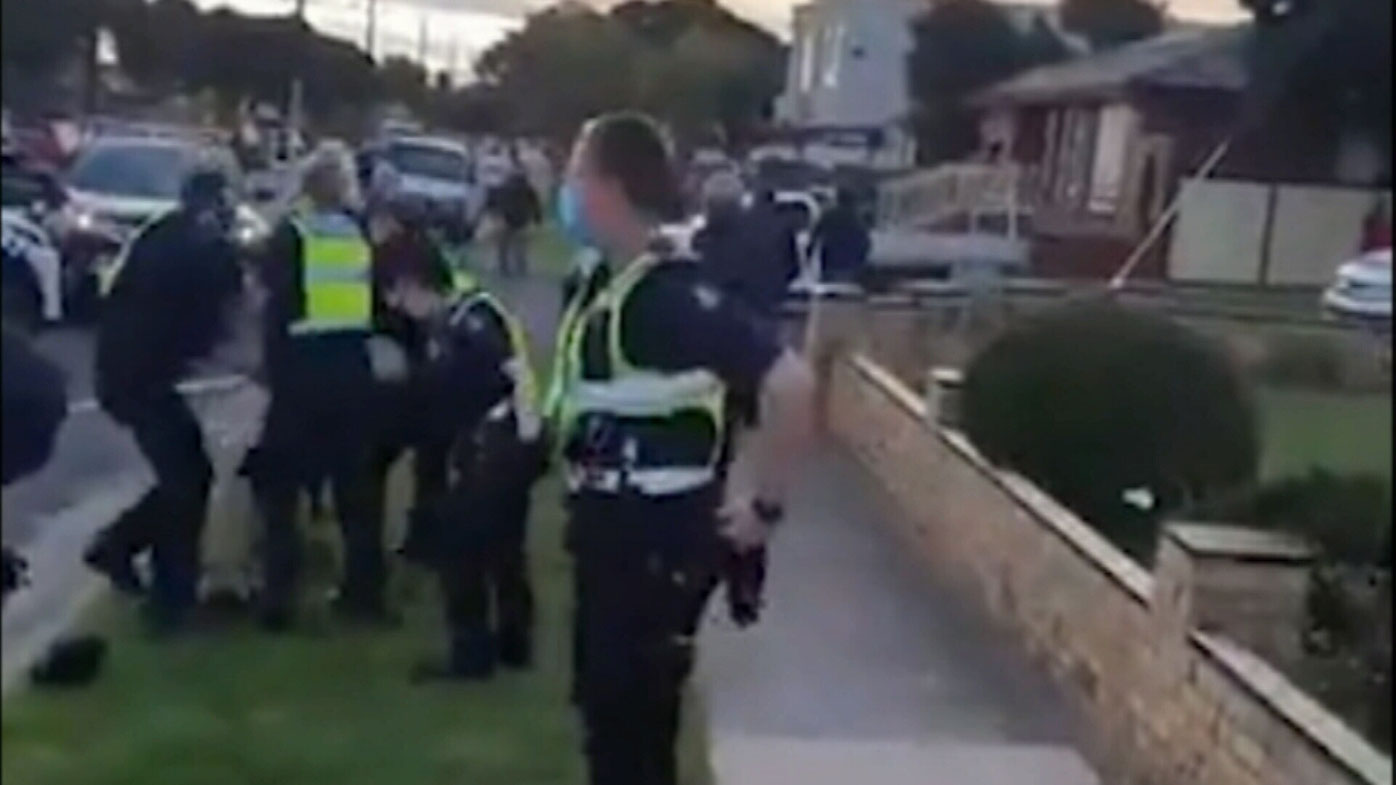 But those fines could increase, because Victoria Police have said their investigations are ongoing.

The unrest had been building in Dandenong over the past couple of nights but escalated late yesterday.

"It will put at risk a lot of the gains that we've made and I think everyone should be focused on that."

Police said they would deploy more officers to the area tonight to warn off any further action by the anti-lockdown protesters.

"Nothing entitles them to go and protest in public. They cannot do it and as we all know, it risks further spread of the disease," Chief Commissioner Shane Patton said on 3AW today.