The founder of hacktivist group Anonymous has "come out of retirement" to take down far-right conspiracy theorists QAnon.

Aubrey Cottle was unmasked as the mastermind behind the notorious hacker group in a report in The Atlantic in August. The group caused chaos on and offline from the late 2000s.

This week, Cottle is taking part in an AMA (Ask Me Anything) on forum site Reddit, and revealed he made the decision to go public to bring "the QAnon game to a conclusion".

What is Aubrey Cottle doing now?

Cottle's AMA covered everything from whether he is married (yes) to the worst thing he uncovered hacking (child pornography).

But his focus going forward is to discredit and de-platform the charlatans crafting this out-of-control ARG (Alternate Reality Game) gone wrong.

"Right now my only end-goal is bringing the QAnon game to a conclusion," he wrote.

When asked how dangerous the group could become, he said: "Given the US is on the verge of a full-blown civil war and these QAnon 'useful idiots' are on the frontlines?

Anonymous began on internet message board 4chan in the early 2000s and reached its height as an activist/hacking collective with thousands of members by 2012.

The group is know for its signature Guy Fawkes mask from the graphic novel and film V for Vendetta.

One of Anonymous' most notable attacks was on the Church of Scientology, and the group also took on Paypal and Mastercard for blocking WikiLeaks donations in 2010.

Dozens of people have been arrested for their involvement in the group internationally, including two men from Australia.

In 2012, Time called Anonymous one of the "100 most influential people" in the world but it has faded into the background in recent years. 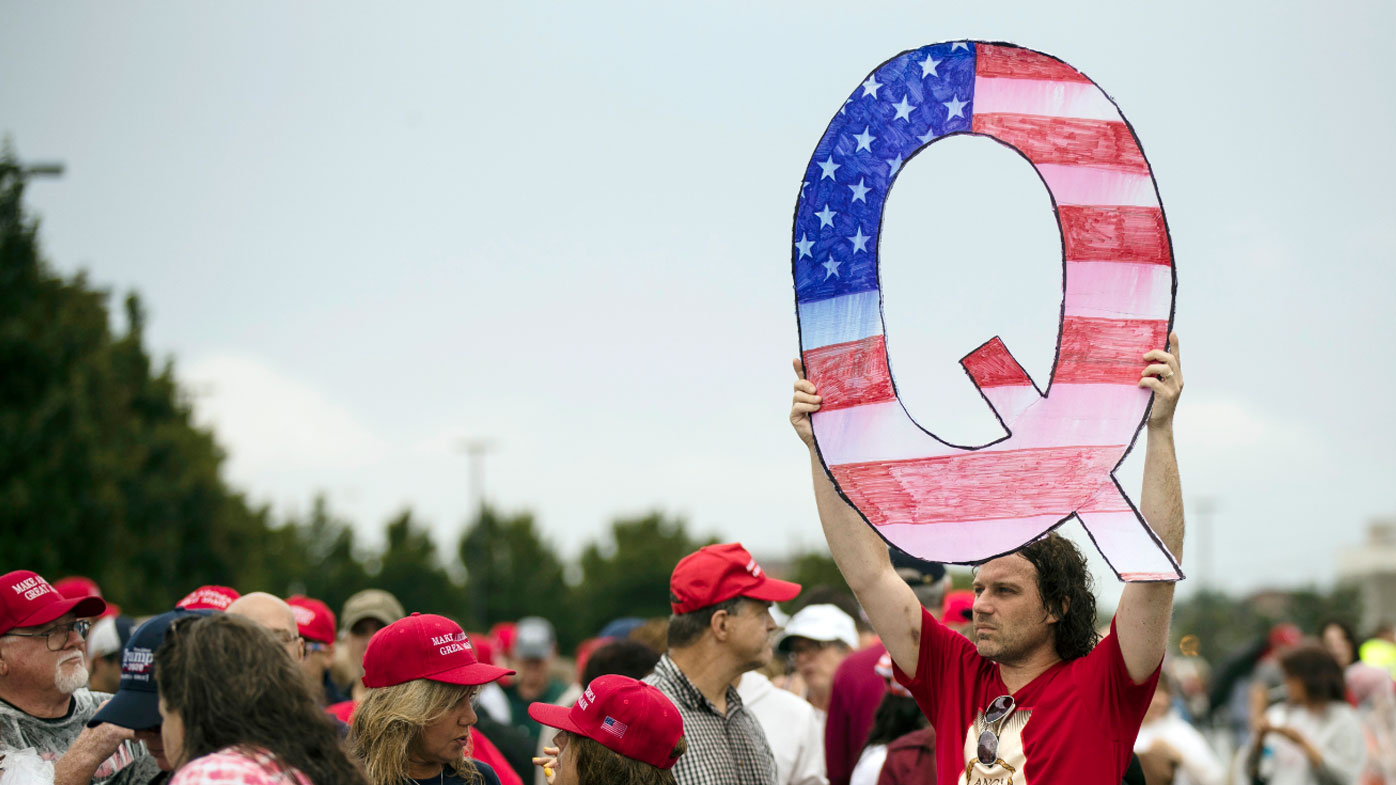 The theory also claims the cabal are plotting against US President Donald Trump, and has attracted high profile supporters.

Members believe that a person or people who use the pseudonym "Q" and claim to be a high-ranking government official "drops" coded information on forums such as 4chan.

None of the group's theories are based in fact and older and more vulnerable people have been lured into spreading the claims of the far-right cult.