Posts on the Facebook accounts of Ted Hui, Eddie Chu and Raymond Chan said they had been arrested over the incidents in the legislature's main chamber.

The three separately disrupted meetings by splashing pungent liquids and other items in May and June. A Hong Kong police statement said they arrested three former lawmakers on suspicion of contempt in the legislature and intent to cause harm to others. The statement did not identify them by name.

Pro-democracy lawmakers and activists have accused the Hong Kong government and the central Chinese government in Beijing of tightening control over the semi-autonomous territory in response to demands for more democracy.

They say authorities are destroying the autonomy promised to the city, a global financial center with greater freedoms than mainland China.

The three former lawmakers disrupted meetings debating a now-approved ordinance that criminalises any insult to or abuse of the Chinese national anthem, the “March of the Volunteers.” 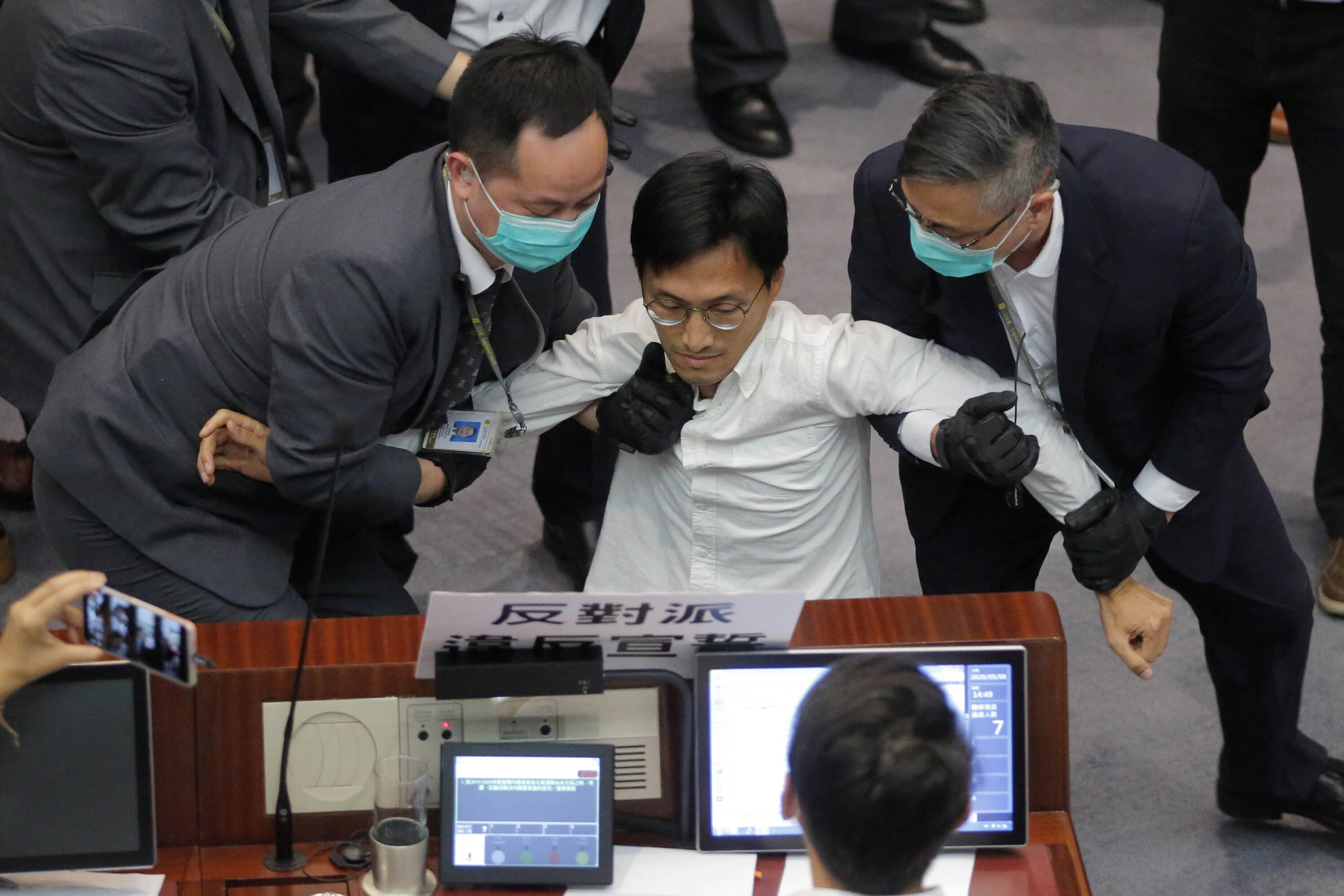 On May 28, Mr Hui rushed to the front of the legislature, dropping a rotten plant and attempting to kick it at the body's president. Mr Chu splashed a bottle of liquid in the legislature.

One week later, Mr Chan attempted to approach the front of the chamber with a pot of pungent liquid hidden in a paper lantern, but dropped it after he was stopped by security guards.

On the same day, Mr Hui splashed some liquid at the front of the legislature and was escorted out.

Mr Hui, who was released on bail late yesterday, said it was “ridiculous” that the police were using criminal procedures against lawmakers based on what they say or do in the legislature.

“This only shows to all Hong Kong people and to the world that this regime is a tyranny, that its persecution against dissidents, against opposition, against democratic legislators has never stopped," he told reporters. 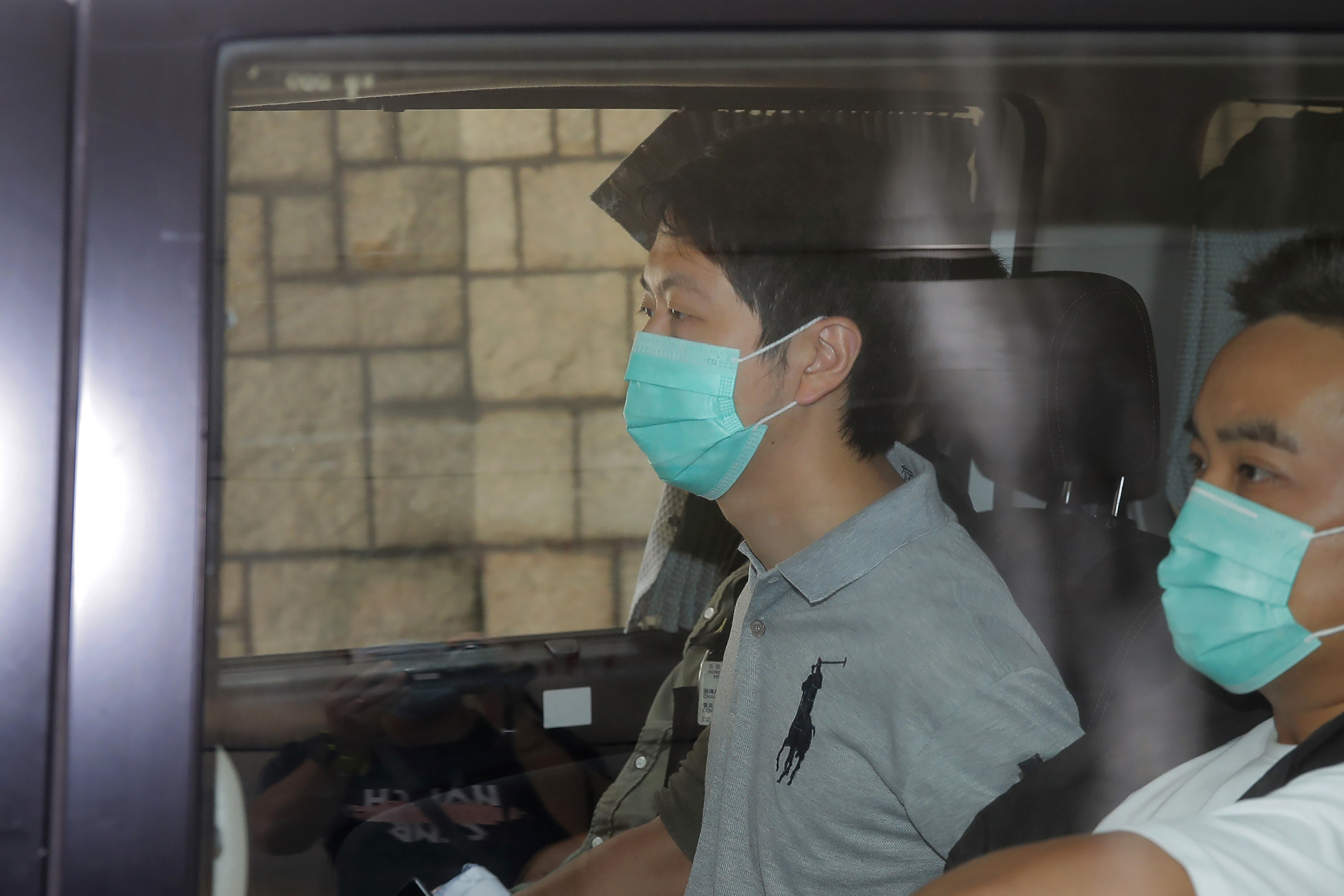 READ MORE: Hong Kong leader would quit if she could, according to leaked tape

"It’s been non-stop prosecution against us."

The pro-democracy camp criticised the postponement as an attempt by the pro-Beijing government to thwart its efforts to win a majority in the elections, which had been slated for September.

The opposition lawmakers also said the postponement breached the Basic Law, Hong Kong's mini-constitution, which came into effect after the former British colony was returned to China in 1997. 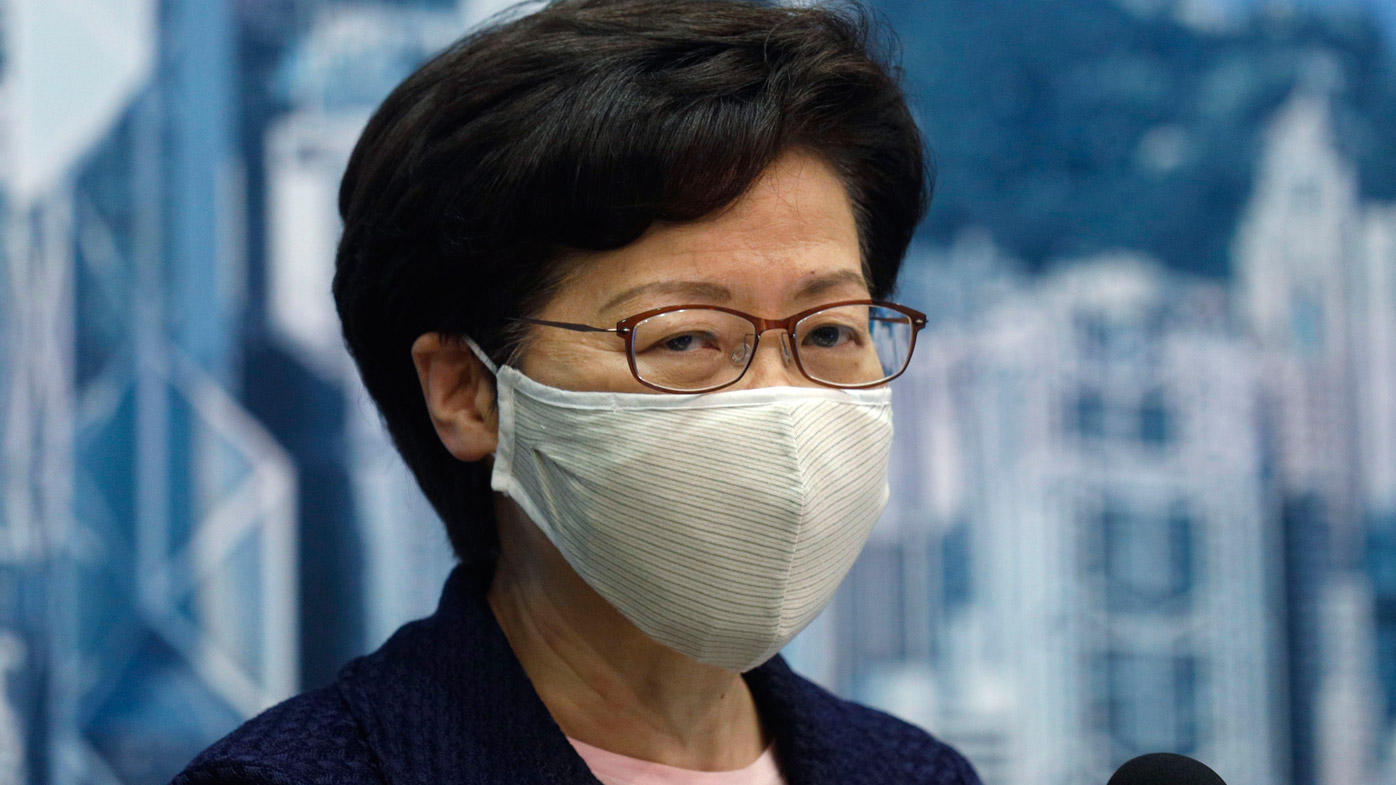 The arrests of the ex-lawmakers is the latest in a string of arrests in recent months.

Earlier this month, seven former and sitting members of the pro-democracy camp — including Mr Chu and Mr Chan — were arrested over an earlier chaotic legislative session on May 8.

During that meeting, scuffles broke out between the pro-Beijing and pro-democracy camps as they debated who would preside over a committee that oversees bills.

The pro-democracy lawmakers arrested were accused of rushing the chairperson's desk, bumping into security guards and throwing sheets of paper from the public gallery. 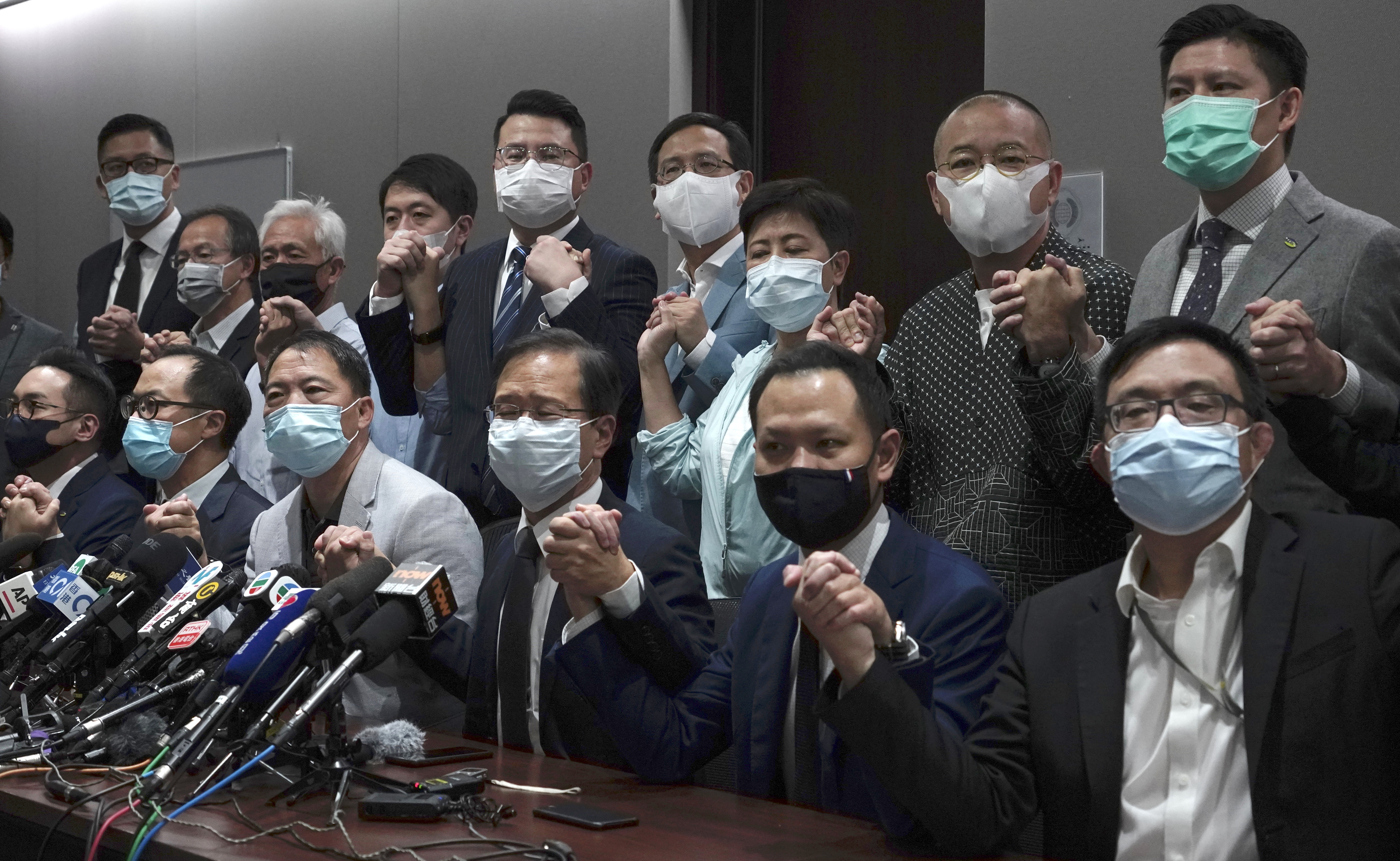 Last week, 15 pro-democracy lawmakers resigned en masse after Beijing passed a resolution that led to the disqualification of four of their colleagues.

Mr Hui and another lawmaker, Claudia Mo, left their posts immediately, while the others are expected to stay on until December 1.

The resignations will leave the body with virtually no opposition voice.