Basketball legend Kobe Bryant has died alongside his teenage daughter in a helicopter crash in California. He was 41.

Kobe Bryant, the 18-time NBA All-Star who won five championships and became one of the greatest basketball players of his generation during a 20-year career with the Los Angeles Lakers, has died in a helicopter crash. He was 41.

The crash happened about 10am (local time) in Calabasas, about 50 kilometres north-west of downtown Los Angeles, in weather conditions considered by the Los Angeles Police Department (LAPD) to be unsafe for helicopters. Nine people, including a pilot, were on board and all were killed.

Bryant's 13-year-old daughter, Gianna Maria-Onore Bryant, was on the chopper, multiple sources reported. The names and identities of the other passengers or the pilot have not been officially confirmed. 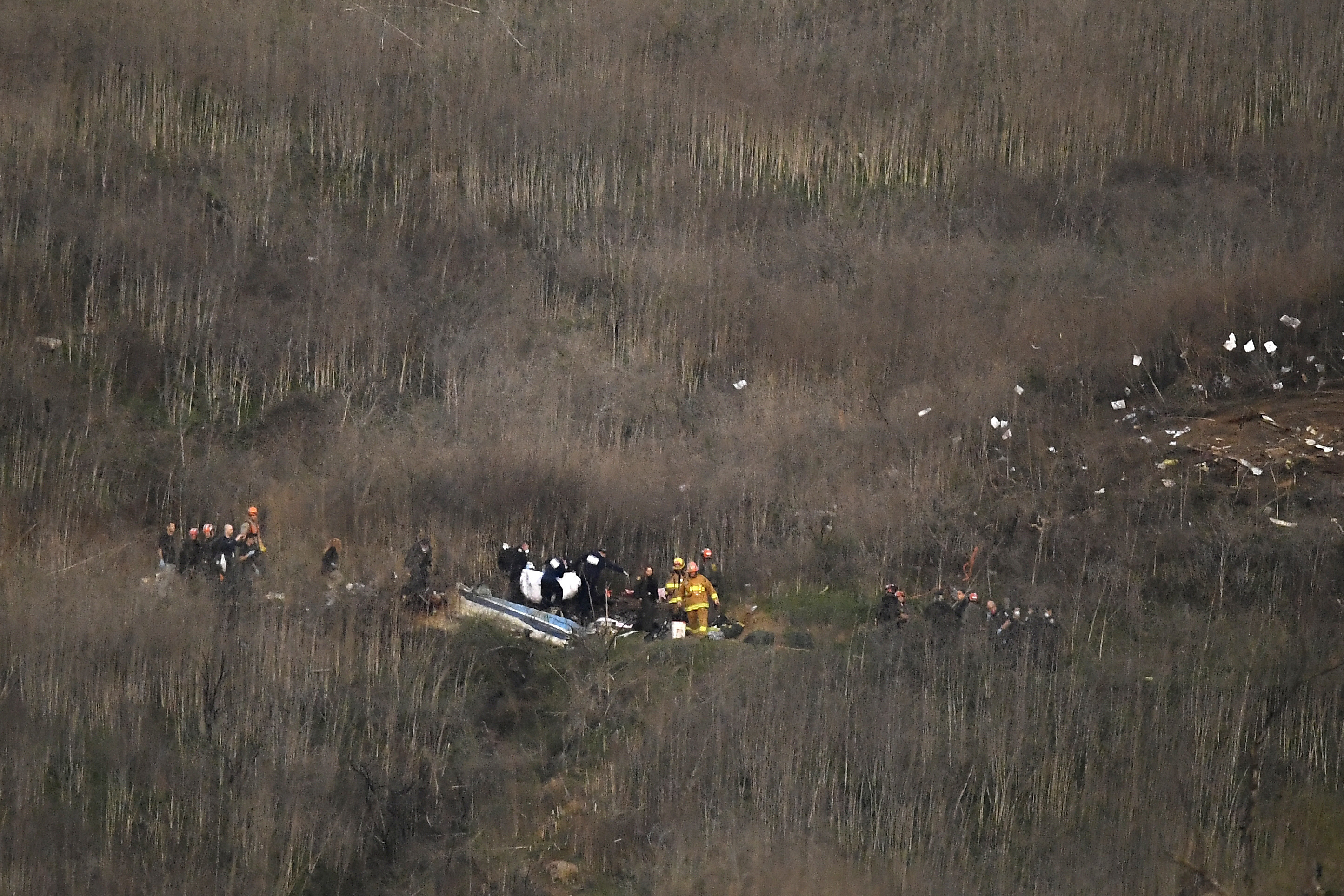 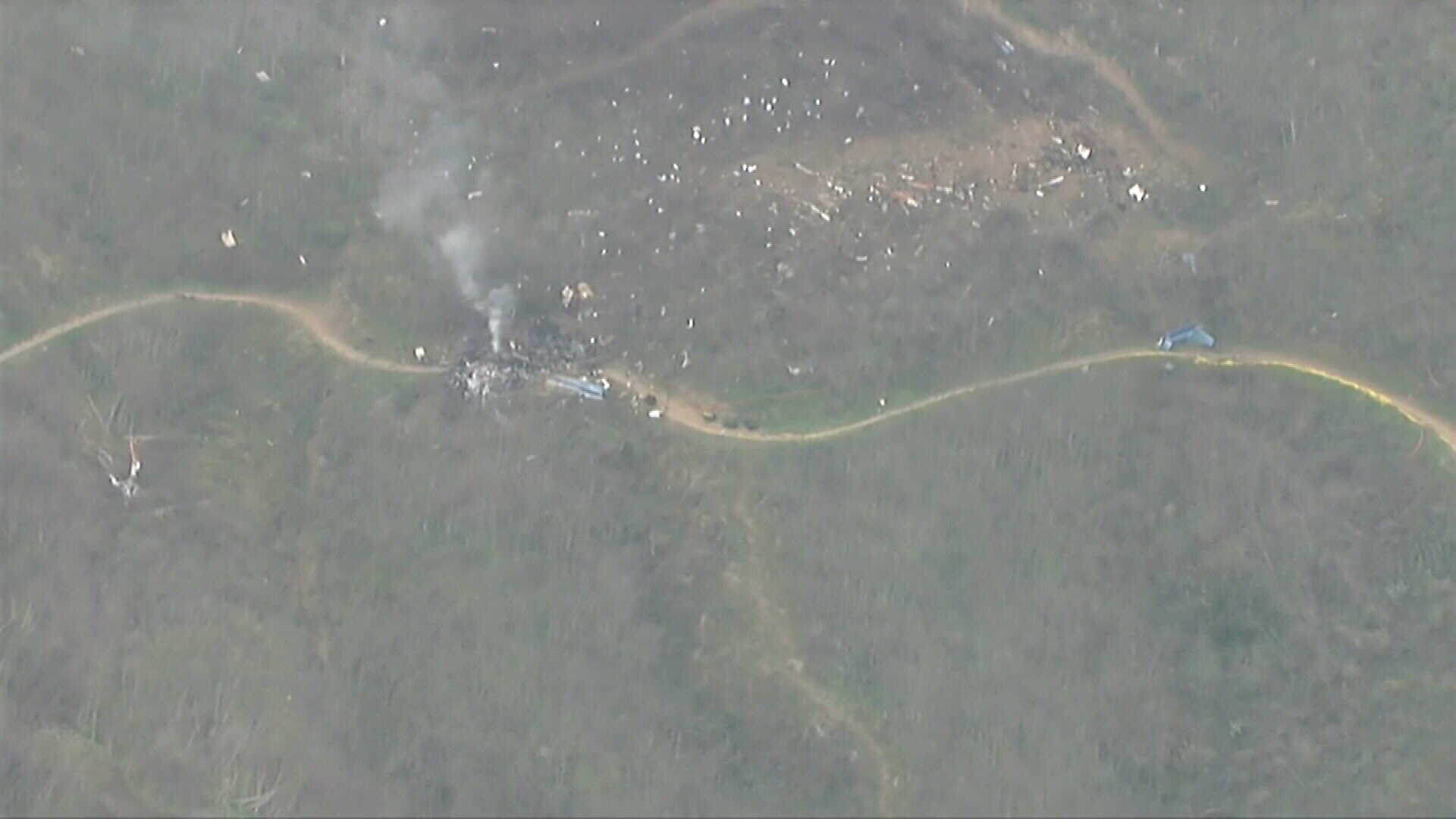 As the FBI launched its investigation into the crash, it emerged weather conditions on Sunday morning did not meet the LAPD's minimum standards for flying, spokesman Josh Rubenstein confirmed.

Due to foggy conditions, LAPD had grounded its helicopters in the morning.

"This morning we did not fly because of that [weather]," Rubenstein told CNN.

Dr Jonathan Lucas, the County of Los Angeles's chief medical examiner, today said it may take a few days for teams to finish work at the crash site.

"Our recovery efforts began today but ... given the terrain and the condition of the site, we expect that this will probably take at least a couple, if not a few days, to complete the recovery."

Lucas said authorities are focusing on identifying the victims and notifying their families.

"All of which we'll do as soon as we possibly can," he said.

Members of the public have been trying to reach the crash site, for a closer look at the wreckage and field of debris.

"We have to reiterate it is off-limits to everybody except the first responders and investigators," Lucas urged. 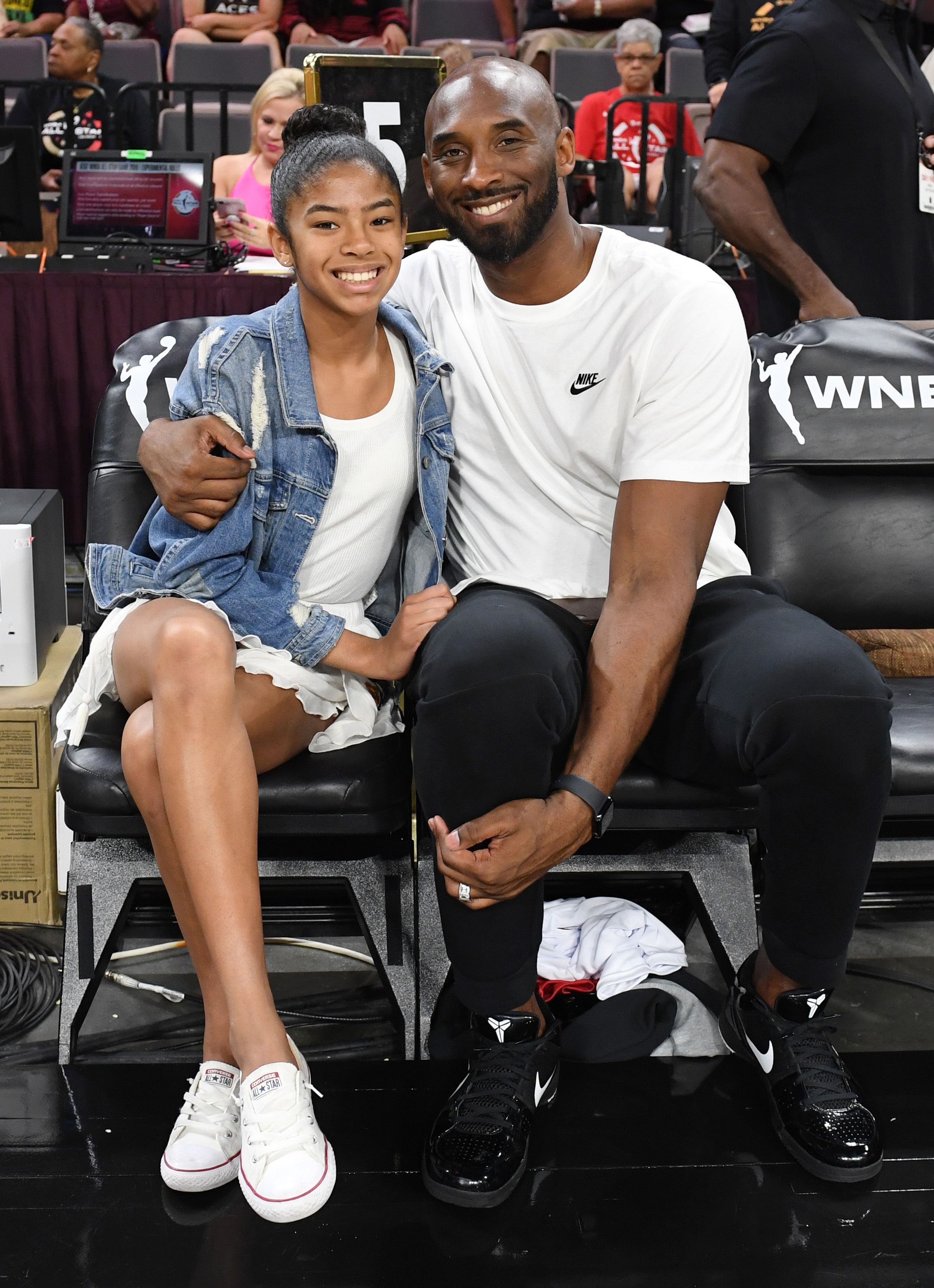 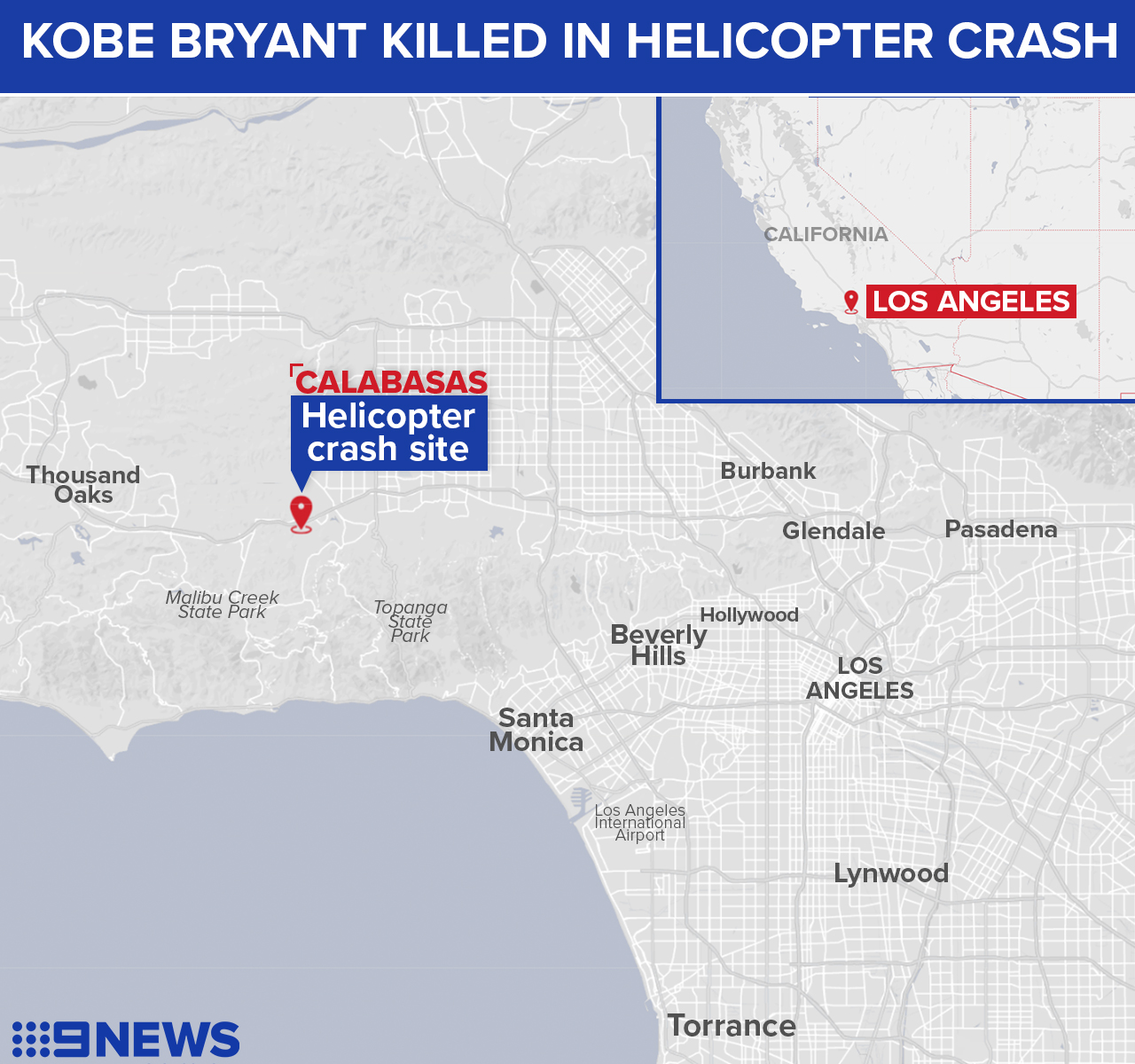 Bryant and others were flying to game

Bryant and his daughter were expected at the Mamba Sports Academy in Thousand Oaks for a basketball game scheduled for noon on Sunday (local time). Gianna was expected to play in the game and Bryant was expected to coach, according to Lady Mavericks team director Evelyn Morales.

Alyssa and and Gianna were teammates, Tony Altobelli said.

READ:  Scott Morrison adviser in isolation after being linked to virus case

Christina Mauser, an assistant girls basketball coach at Harbor Day School in Corona del Mar, California, was killed in the crash, her husband Matt Mauser, wrote on his Facebook page.

"My kids and I are devastated. We lost our beautiful wife and mom today in a helicopter crash," he wrote.

The helicopter Bryant and his daughter were flying in was a Sikorsky S-76, US Federal Aviation Administration spokesman Allen Kenitzer said, adding it was not known what caused the crash. The tail number matched a helicopter Bryant has owned for years.

GALLERY: A stellar career in pictures. Why Kobe was a great 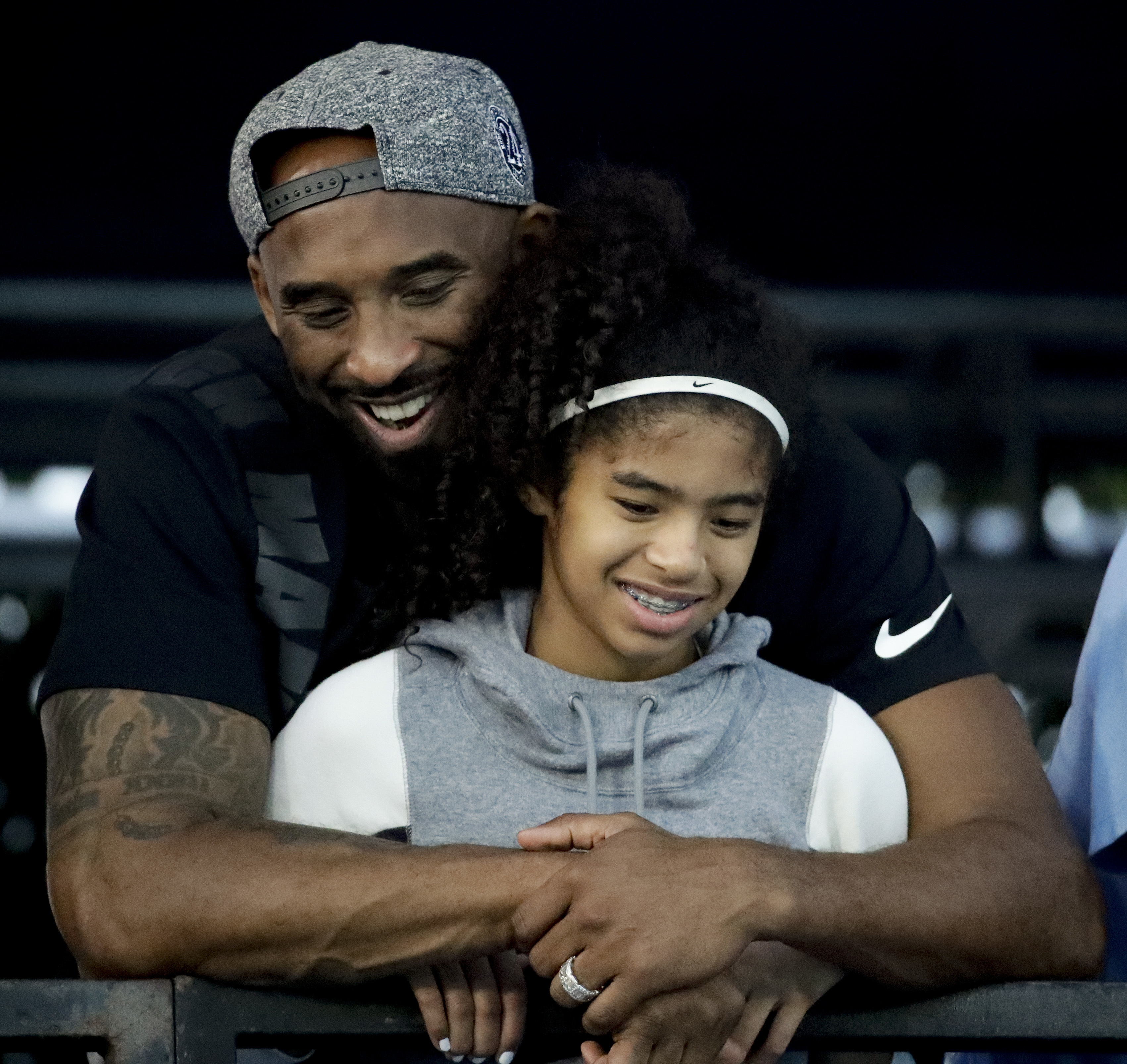 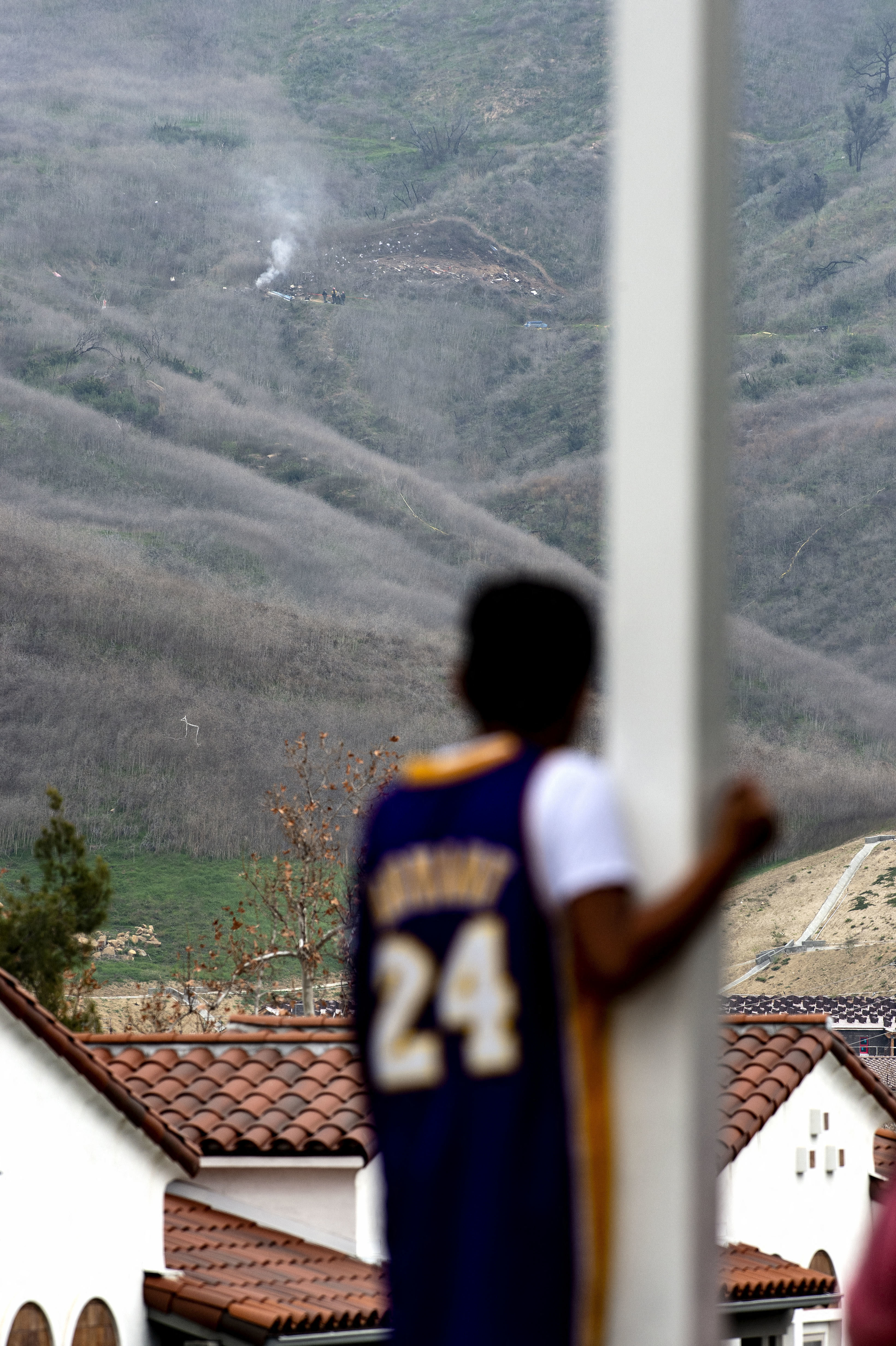 Disturbing sounds in a foggy sky

Colin Storm was in his living room in Calabasas when he heard "what sounded like a low-flying airplane or helicopter."

"It was very foggy so we couldn't see anything," he said. "But then we heard some sputtering, and then a boom."

A short time later the fog cleared and Mr Storm could see smoke rising from the hillside in front of his home.

Los Angeles County Fire Department Captain Tony Imbrenda said he didn't immediately have any information about whether the helicopter radioed a distress signal.

"Individuals that saw the aircraft said it was coming down at a fairly significant rate of speed and impacted the ground on the hillside," he told reporters.

Mr Imbrenda said he didn't know where the helicopter came from or where it was headed. 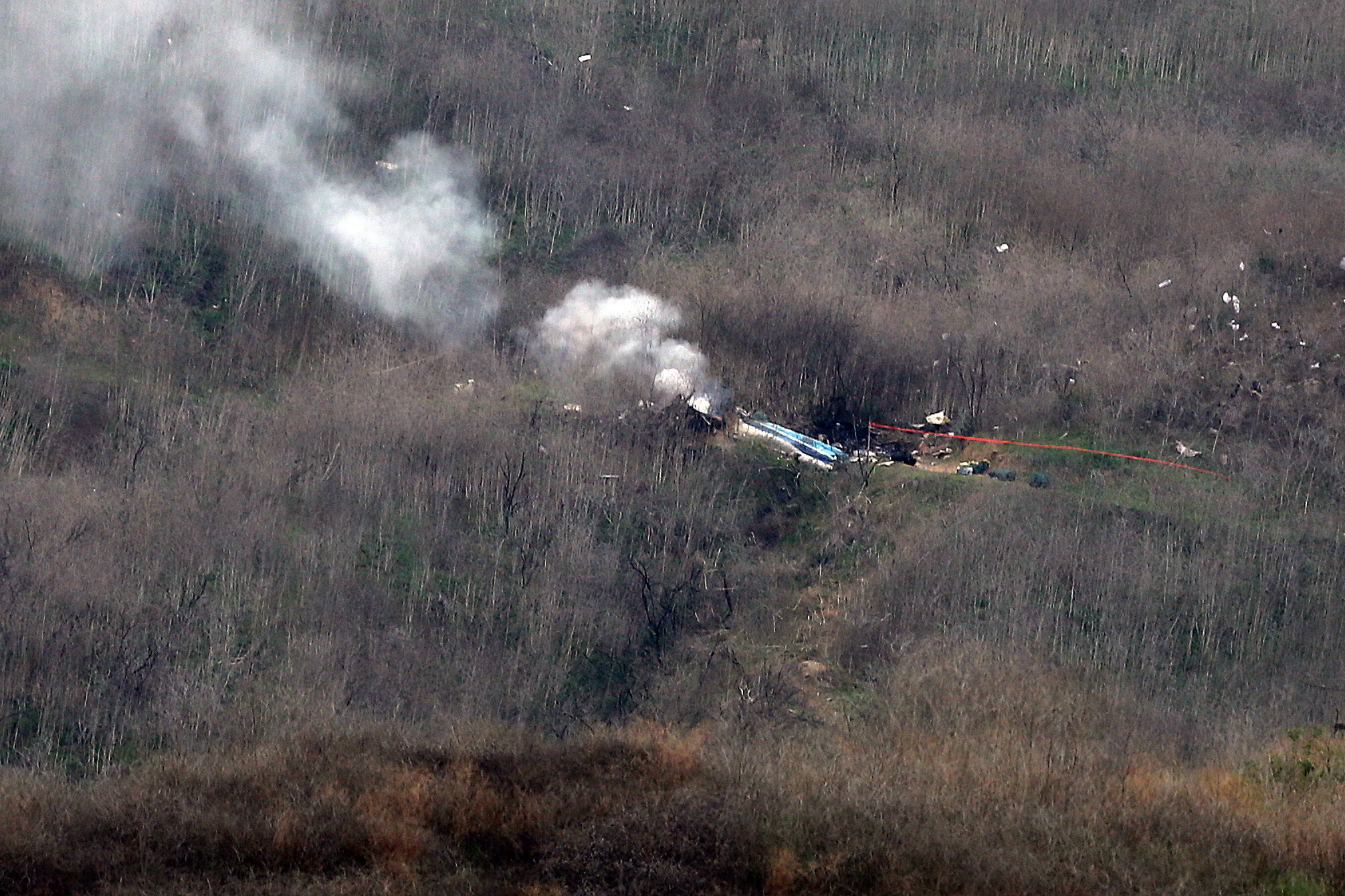 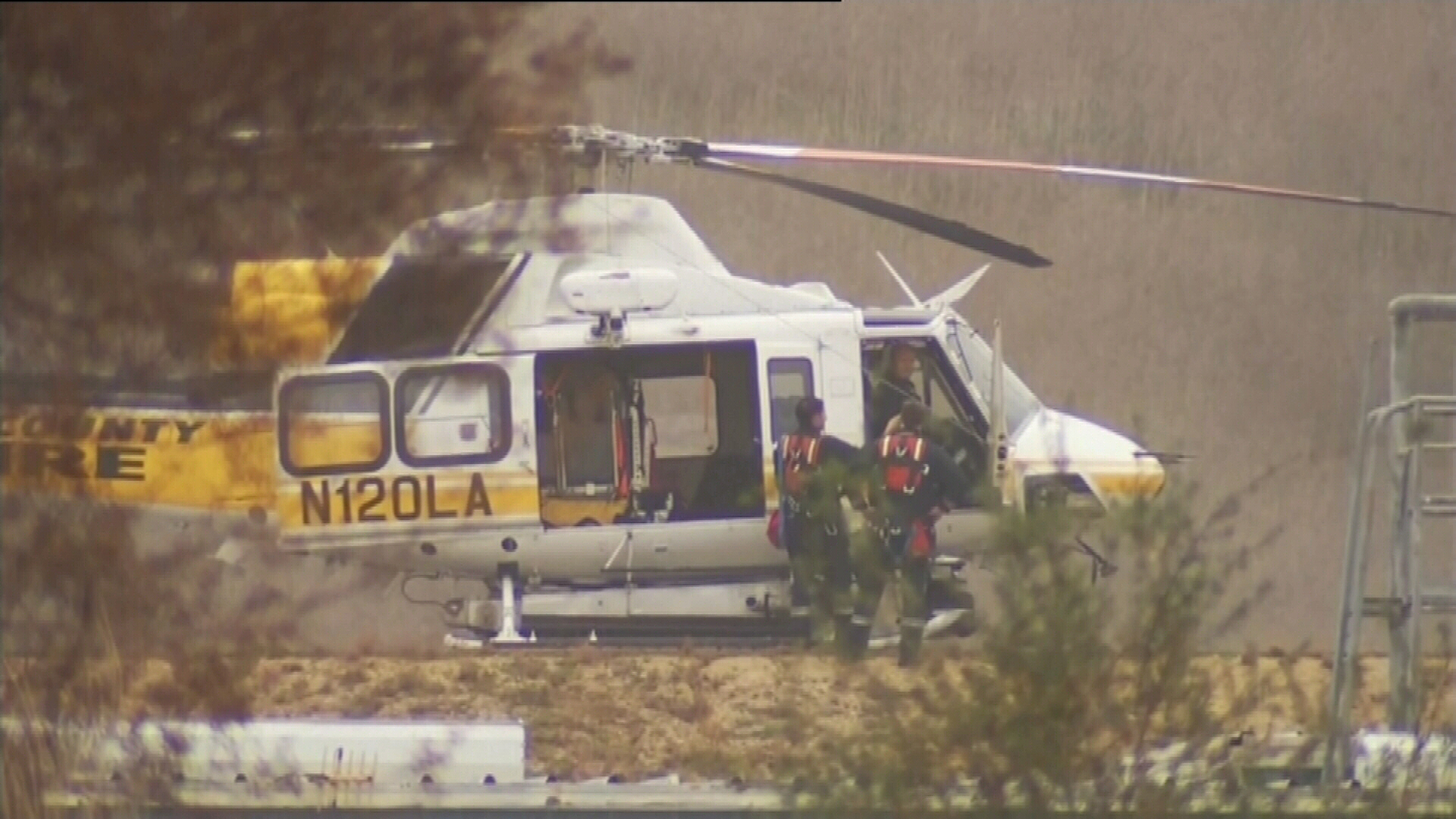 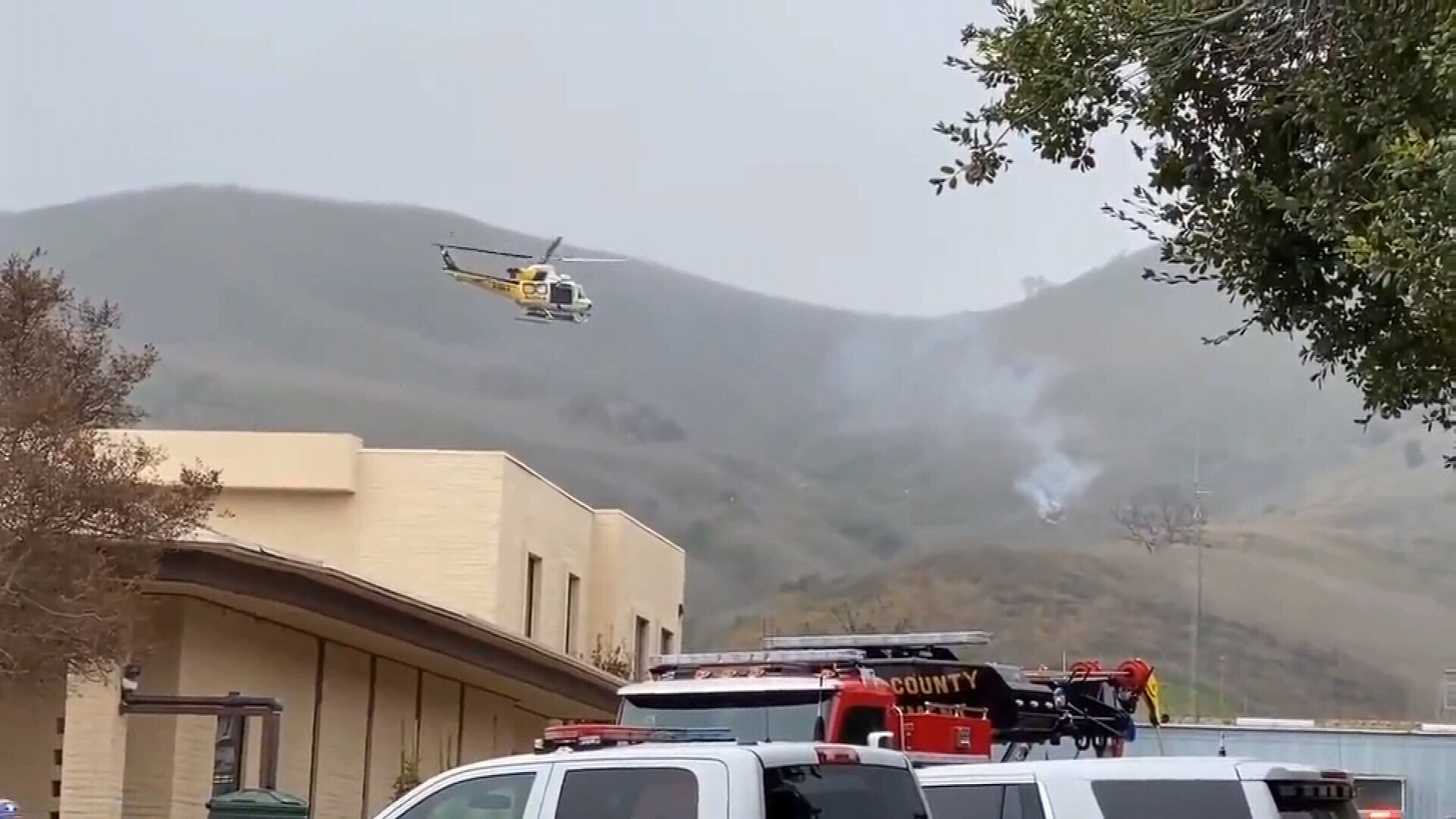 Bryant retired in 2016 as the third-leading scorer in NBA history, finishing two decades with the Lakers as a prolific scorer with a sublime all-around game and a relentless competitive ethic.

He held that spot in the league scoring ranks until Saturday night, when the Lakers' LeBron James passed him for third place during a game in Philadelphia, Bryant's hometown.

"Continuing to move the game forward (at)KingJames," Bryant wrote in his last tweet.

"Much respect my brother."

In a statement, basketball great Michael Jordan said he had no words to describe the pain he was feeling.

"I loved Kobe – he was like a little brother to me. We used to talk often and I will miss those conversations very much. He was a fierce competitor, one of the greats of the game and a creative force. Kobe was also an amazing dad who loved his family deeply."

In a series of touching posts on Twitter, Earvin 'Magic' Johnson said the "greatest Laker of all-time is gone".

One of the NBA's greatest

Bryant had one of the greatest careers in recent NBA history and became one of the game's most popular players as the face of the 16-time NBA champion Lakers franchise.

He was the league MVP in 2008 and a two-time NBA scoring champion, and he earned 12 selections to the NBA's All-Defensive teams.

He teamed with Shaquille O'Neal in a combustible partnership to lead the Lakers to NBA titles in 2000, 2001 and 2002. 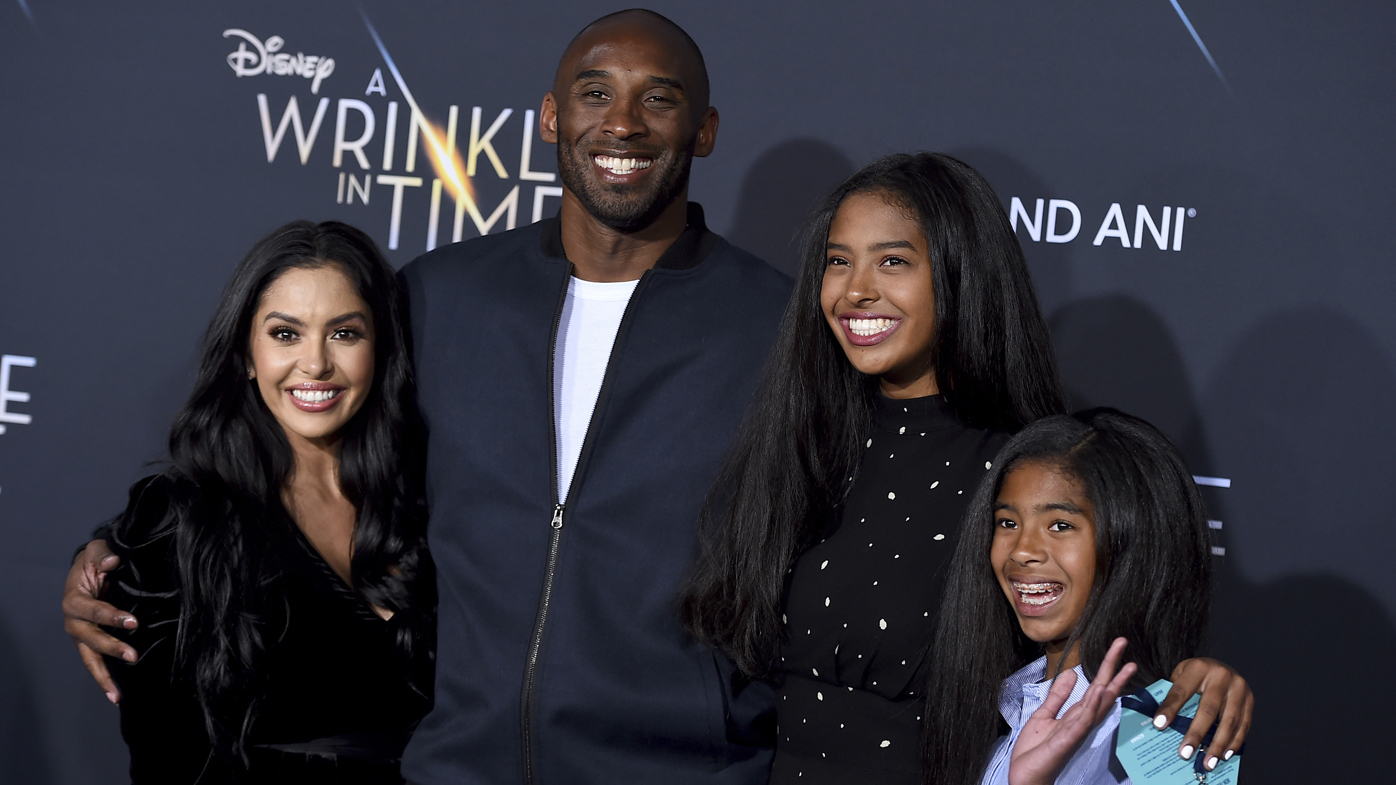 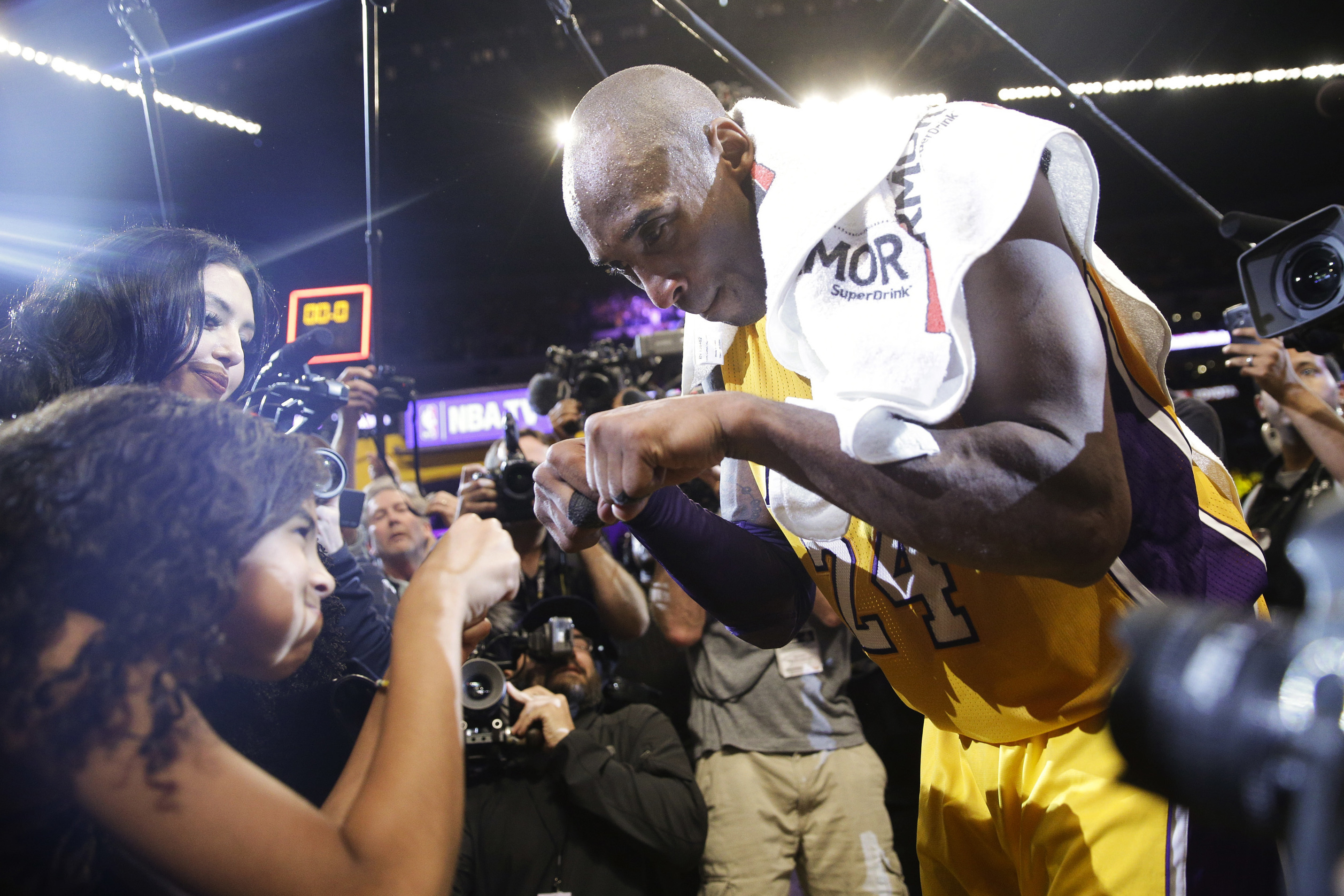 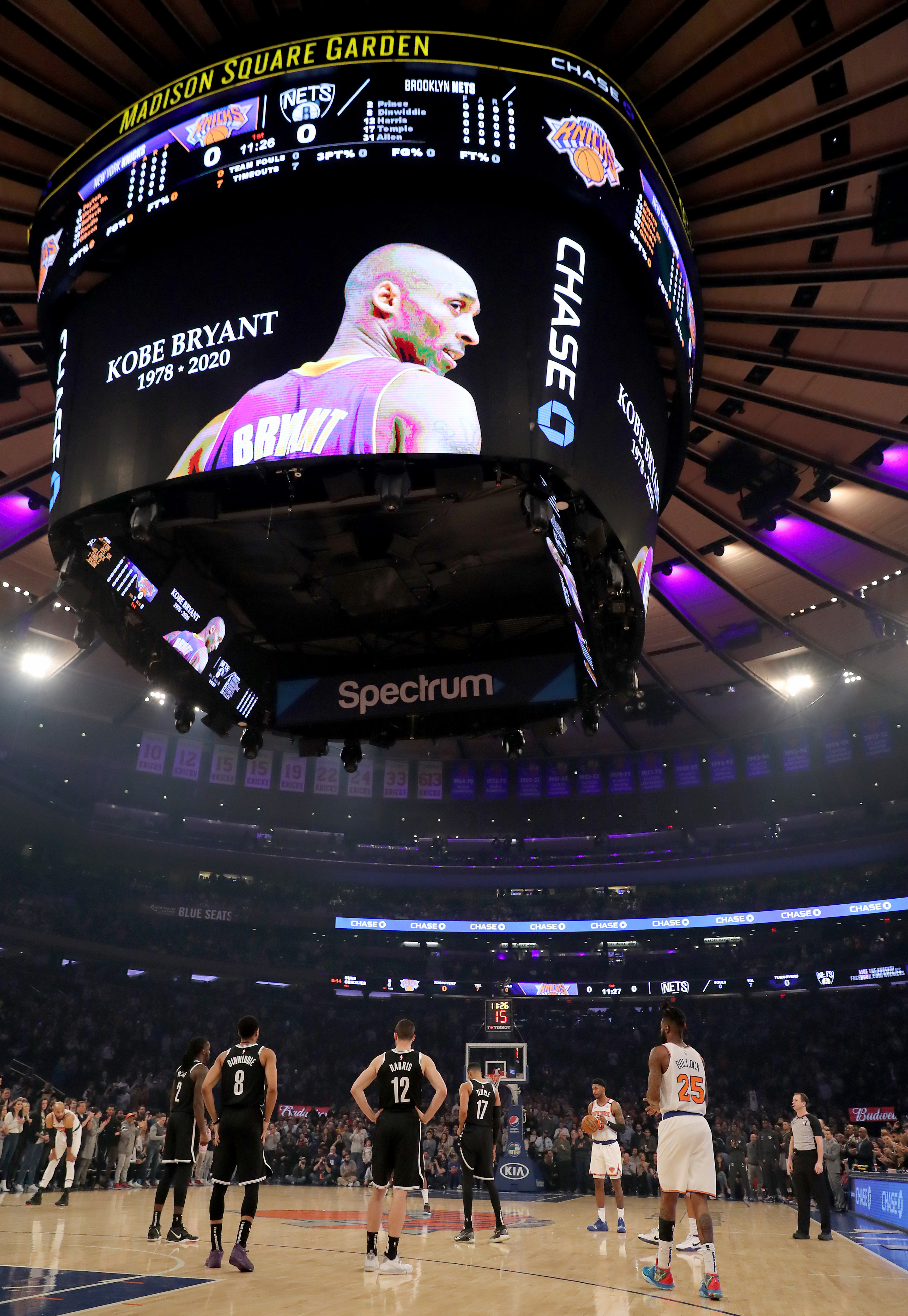 Bryant retired in 2016 after scoring 60 points in his final NBA game.

Bryant looms large over the current generation of NBA players.

After James passed Bryant on Saturday, he remembered listening to Bryant when the superstar came to speak at a childhood basketball camp.

"I remember one thing he said: If you want to be great at it, or want to be one of the greats, you've got to put the work in," James said.

"There's no substitution for work."

James later teamed up with Bryant on the 2008 US Olympic team in Beijing. 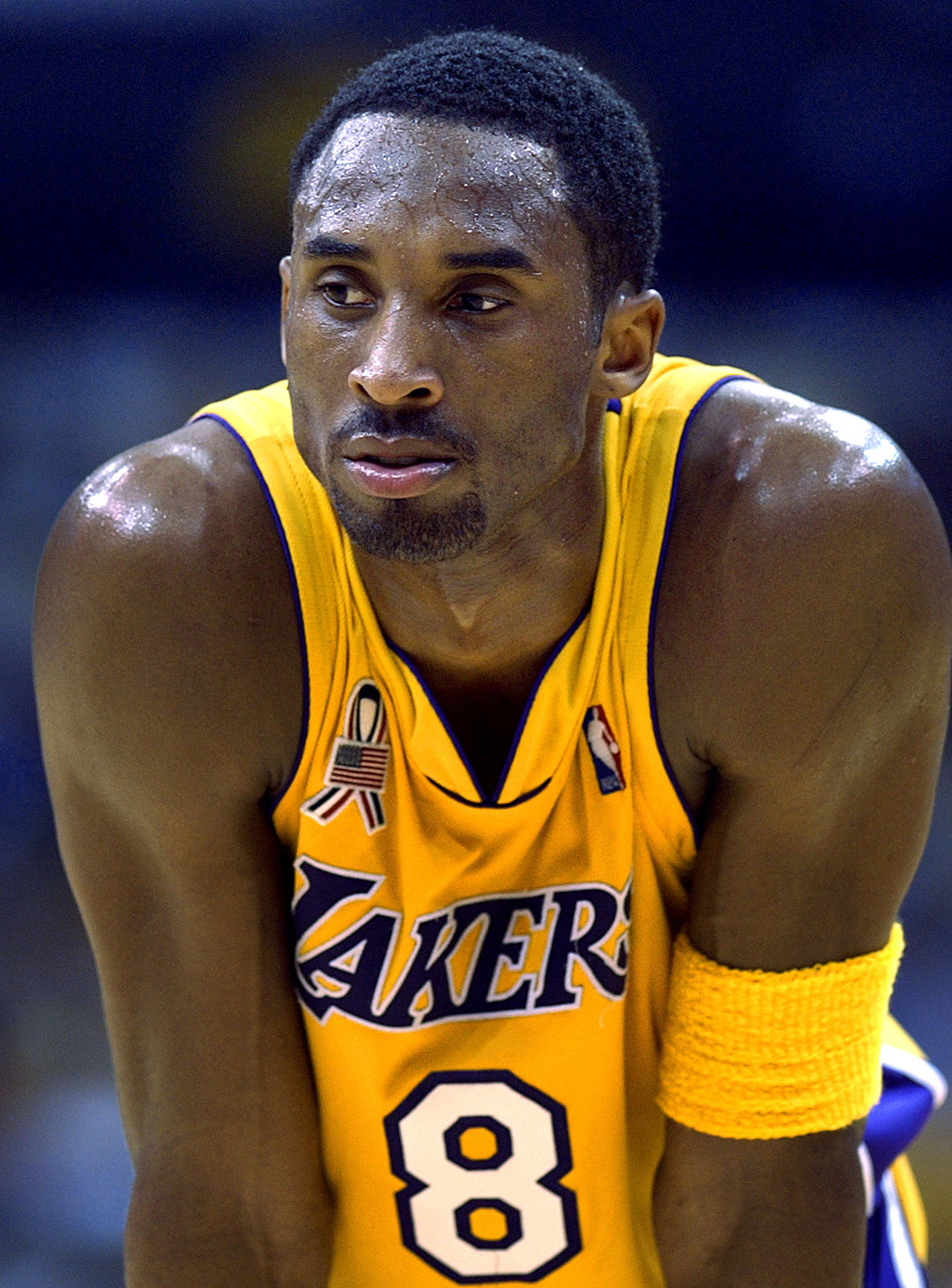 As news of Bryant's death spread through the NBA today, teams across the league honoured him during their games.

The Toronto Raptors let the 24-second shot clock run out after tip-off during their game with the Spurs as a sign of respect for the legend.

"We are stunned and devastated by the news of the sudden passing of Kobe Bryant. Words cannot express his impact on our Players, the NBA and the game of basketball. This is a monumental loss for the entire basketball community and our hearts are quite simply broken. We send love and prayers out to his wife Vanessa and the entire family," the league said. 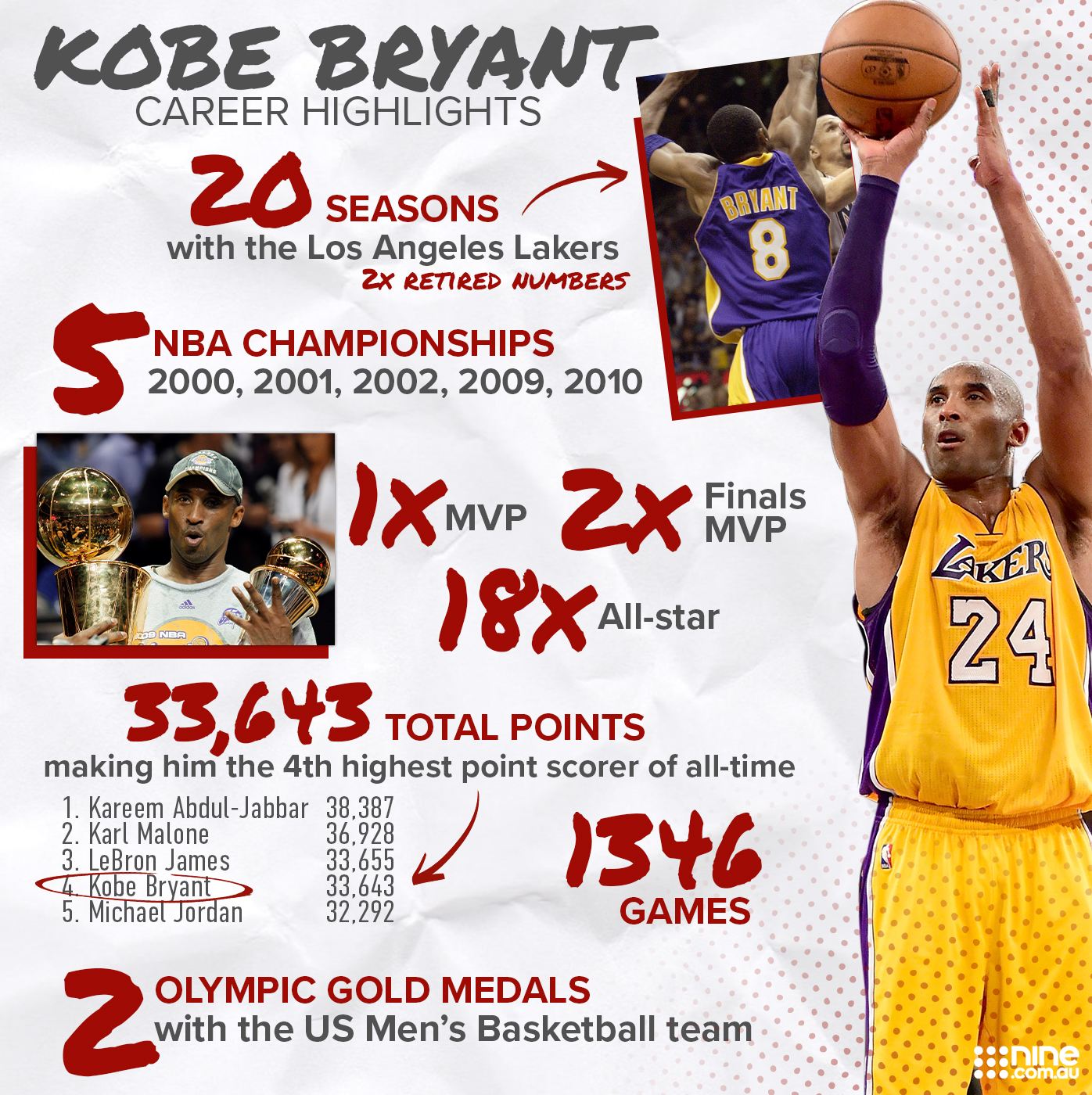 Australia's NBL Commissioner Jeremy Loeliger said the league was "shocked and saddened" by the tragic news.

"Our heartfelt condolences go out to the Bryant family and their many friends around the world. The basketball community mourns the loss of one of its greatest ever players and ambassadors.

READ:  Preparing the Tourism Workforce for the Digital Future

"But even more so it mourns a father and daughter whose love for one another was evident for all to see when they were sharing their love of the game."

Fans have gathered outside of the Staples Center, the home of the Los Angeles Lakers, to honour Bryant.

Makeshift shrines have been built with flowers and signs and other items at the gates of the stadium. 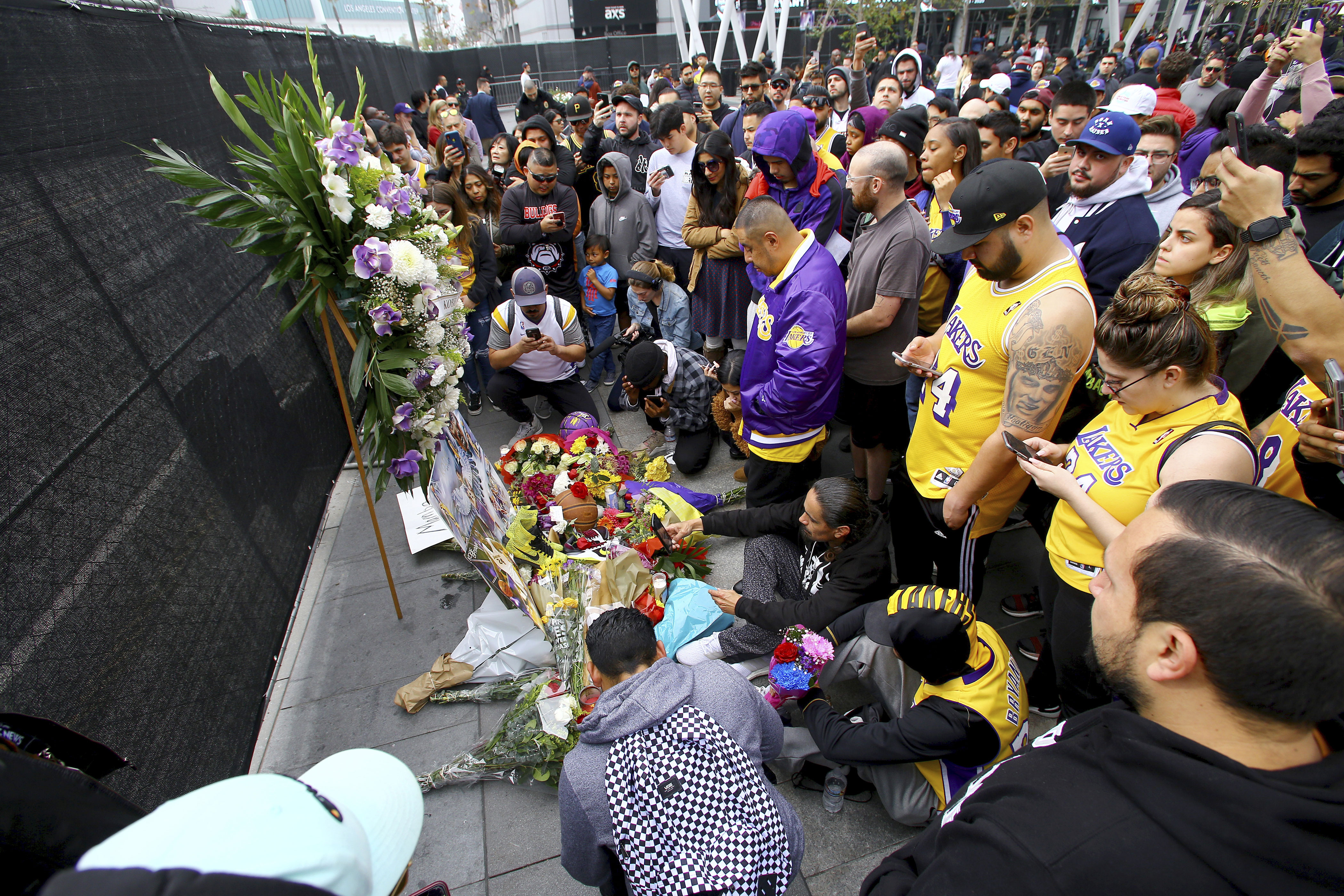 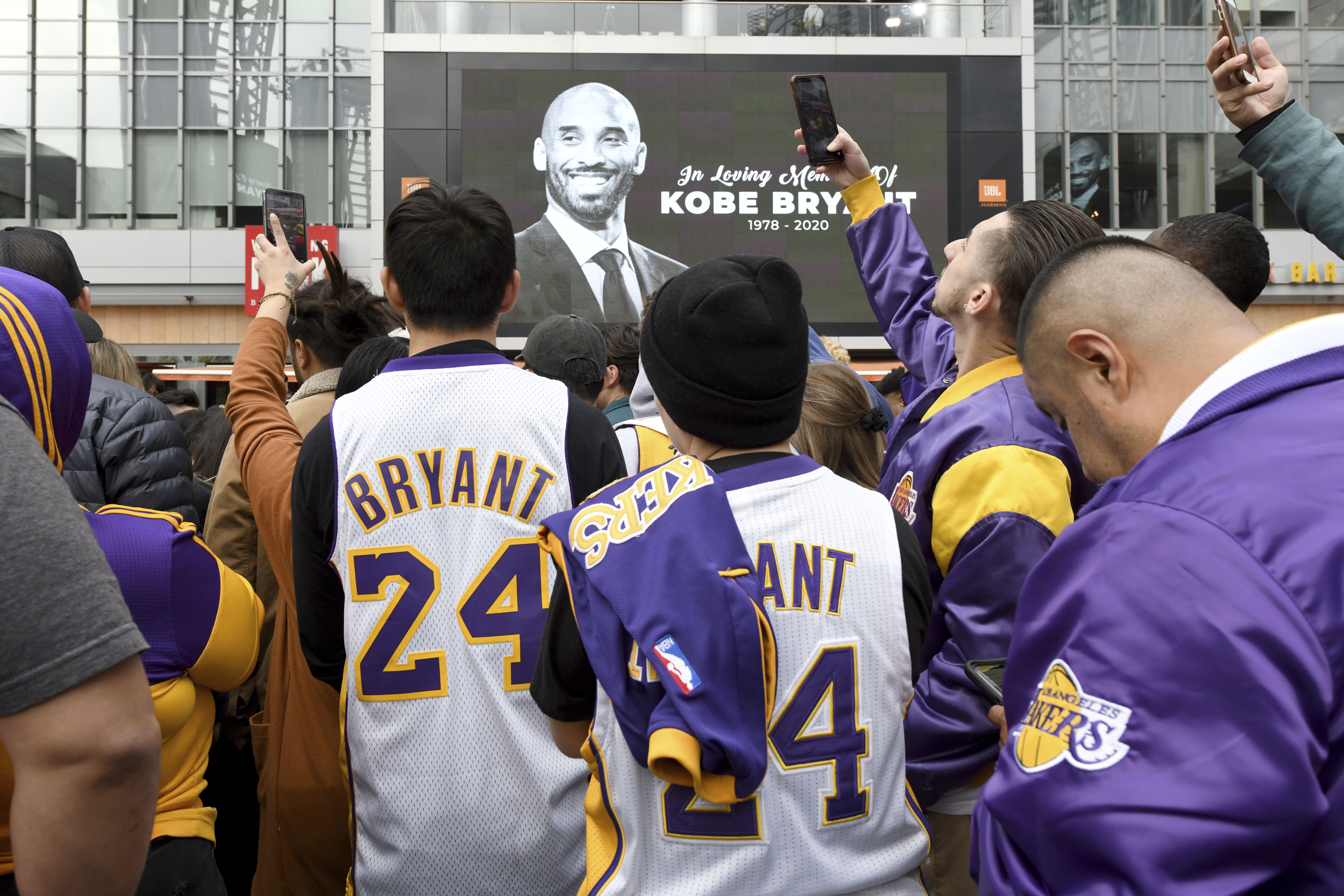 A love of helicopters

Ten years ago, GQ Magazine wrote about how Bryant regularly took his own helicopter to work.

"He takes a private helicopter from Orange County, where he lives with his wife and two children, to every home game. It's a nice dash of glitz, a touch of showbiz (but) Bryant says the helicopter is just another tool for maintaining his body. It's no different than his weights or his whirlpool tubs or his custom-made Nikes.

"Given his broken finger, his fragile knees, his sore back and achy feet, not to mention his chronic agita, Bryant can't sit in a car for two hours. The helicopter, therefore, ensures that he gets to Staples Center feeling fresh, that his body is warm and loose and fluid as mercury when he steps onto the court."

The chopper was adorned with his logo. 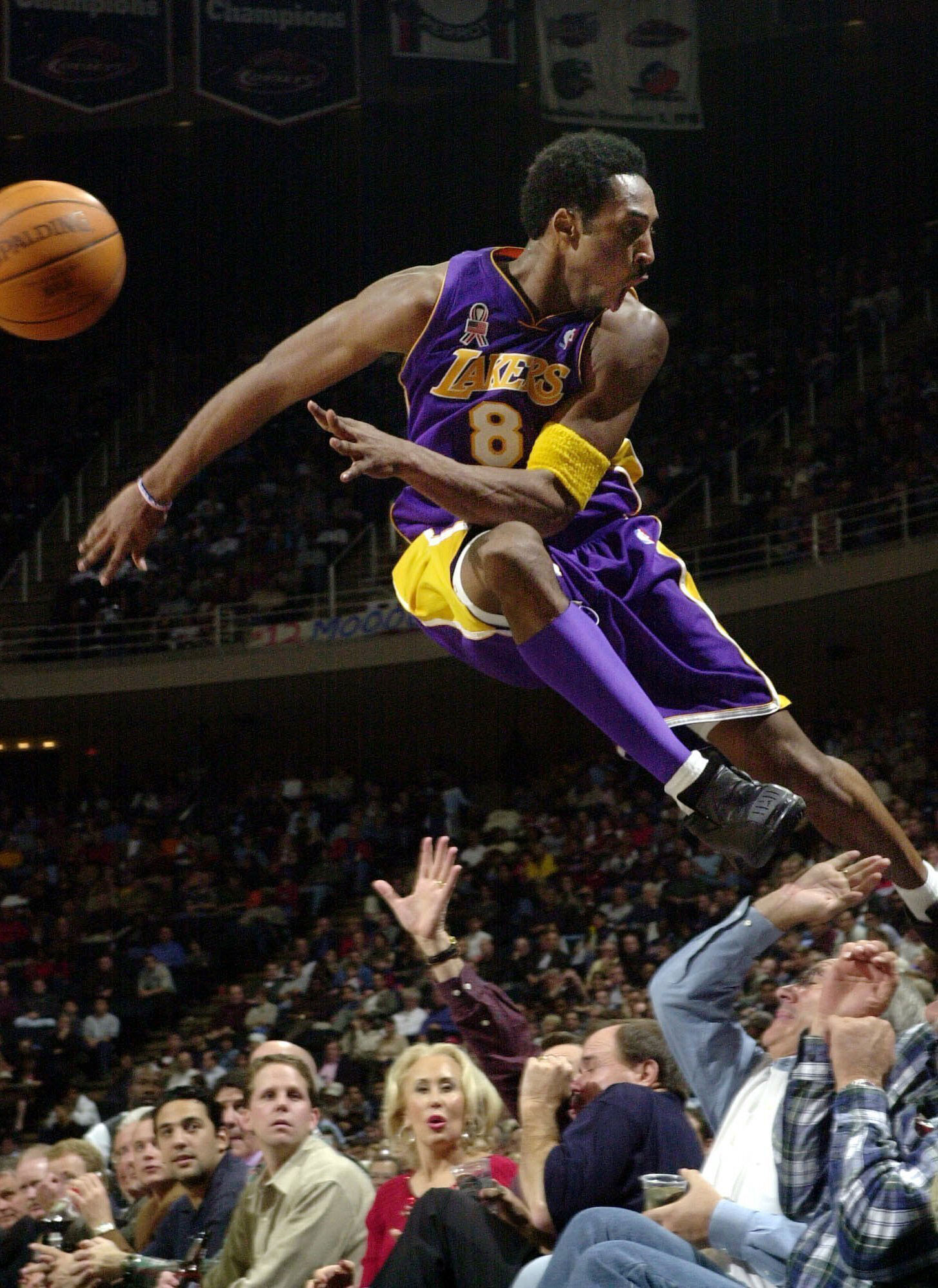 John Altobelli, the longtime baseball coach at Orange Coast College who was killed along with his wife and daughter in the helicopter crash, coached players who went to play in the major leagues.

The 56-year-old Altobelli died along with his wife, Keri, and daughter, Alyssa, who was about 13 and played on the same basketball team as Bryant's daughter Gianna.

Altobelli spent 27 seasons as coach at the community college in Costa Mesa, California. The team won a state championship last year and Altobelli was named national coach of the year. He led the team to more than 700 victories and four state titles.

Among the players he coached were future major leaguers Jeff McNeil, now with the New York Mets, and Donnie Murphy, who played for six big league teams from 2004-14. McNeil played for Altobelli in 2012 with the Brewster Whitecaps, a summer collegiate team in the Cape Cod League, ESPN reported.

With AP and CNN