Hundreds of fossilised footprints dating back 120,000 years have been discovered in Saudi Arabia, and they might point to the earliest evidence of human movement.

Hundreds of fossilised footprints dating back 120,000 years have been discovered in Saudi Arabia, and they might point to the earliest evidence of human movement into the region, according to a new study in Science Advances.

Researchers discovered hundreds of fossilised footprints, which were exposed by sediment erosion, during a survey of an ancient lake in Saudi Arabia's Nefud Desert.

In among the 376 ancient shapes discovered around Alathar lake, experts identified animal footprints, including prints belonging to horses, camels and elephants -- notable because elephants appeared to have gone extinct in the Levant about 400,000 years ago. 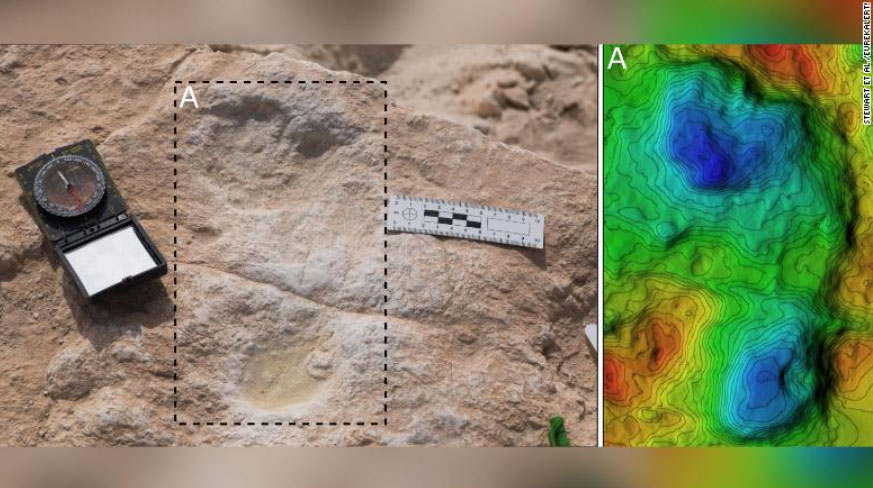 But more surprisingly, researchers said they discovered seven hominin footprints (regarded as human), which, if confirmed, could be evidence of the earliest dated evidence of the human species in the Arabian Peninsula.

"We immediately realised the potential of these findings," Mathew Stewart, one of the study's lead authors from the Max Planck Institute for Chemical Ecology, said in a statement.

"Footprints are a unique form of fossil evidence in that they provide snapshots in time, typically representing a few hours or days, a resolution we tend not [to] get from other records," he added. 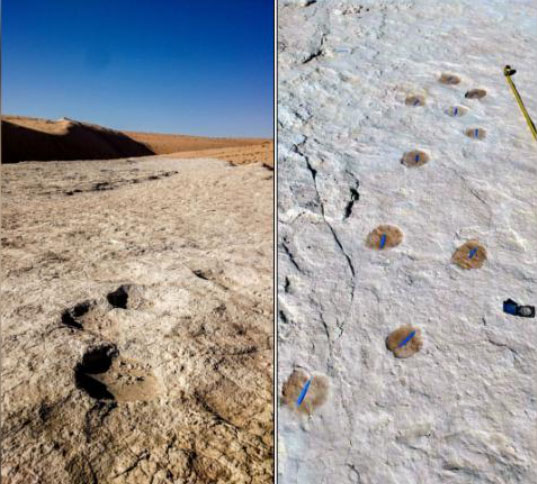 Researchers believe that the footprints date to the last interglacial period -- a time which saw humid conditions that facilitated human and animal movement across a region which was otherwise comprised of deserts.

Fossil and archaeological records show that these conditions aided human migration from Africa to the Levant, researchers said.

After studying the footfalls, experts believe the dense concentration of tracks suggests animals gathered around the lake as a result of dry conditions and diminishing water, while humans could have used the area for water and foraging. 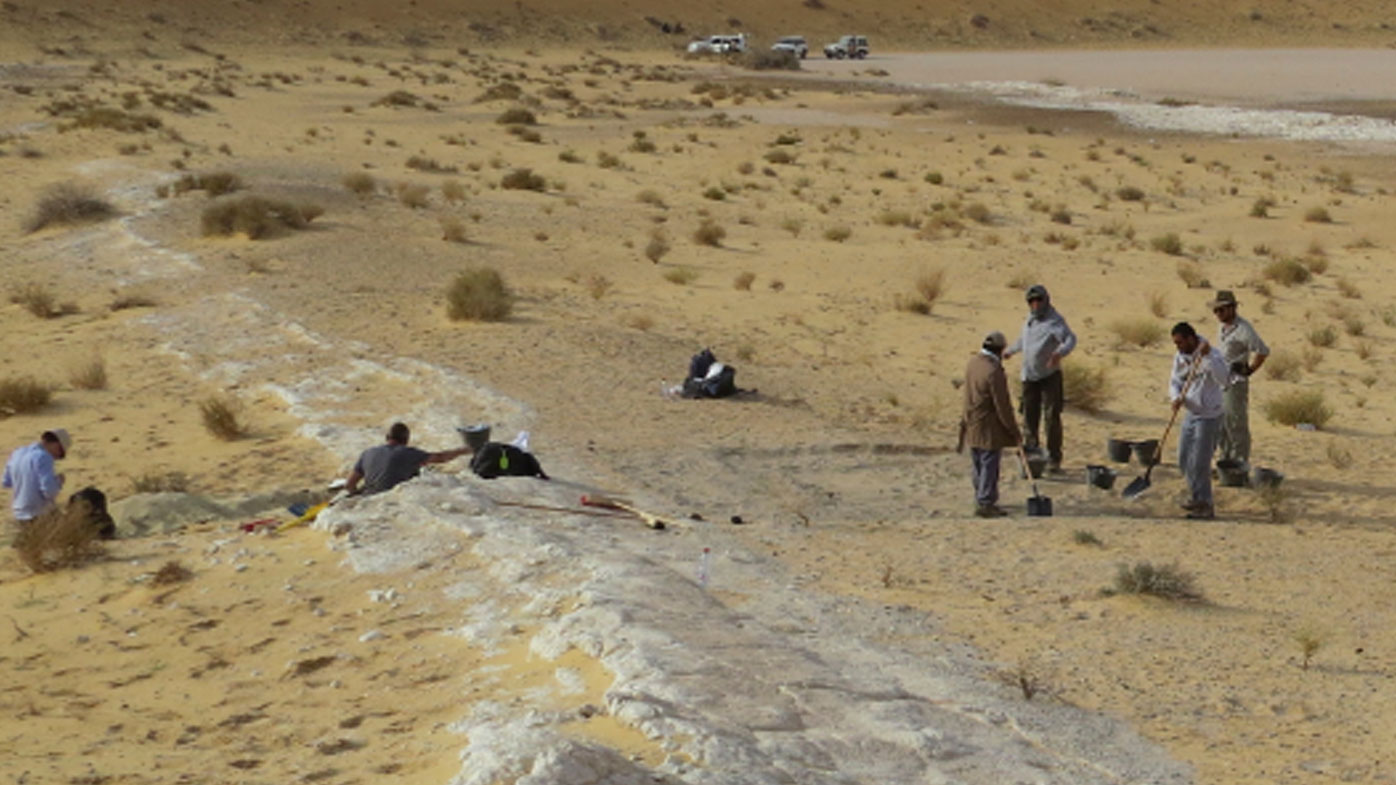 "We know people visited the lake, but the lack of stone tools or evidence of the use of animal carcasses suggests that their visit to the lake was only brief," Stewart added.