Dramatic footage shows a paraglider crashing into a cliff on the New South Wales Central Coast as people rush to help.

A drastic rescue had to be carried out after the glider ended up stuck five to seven metres down a steep cliff face at Bateau Bay. 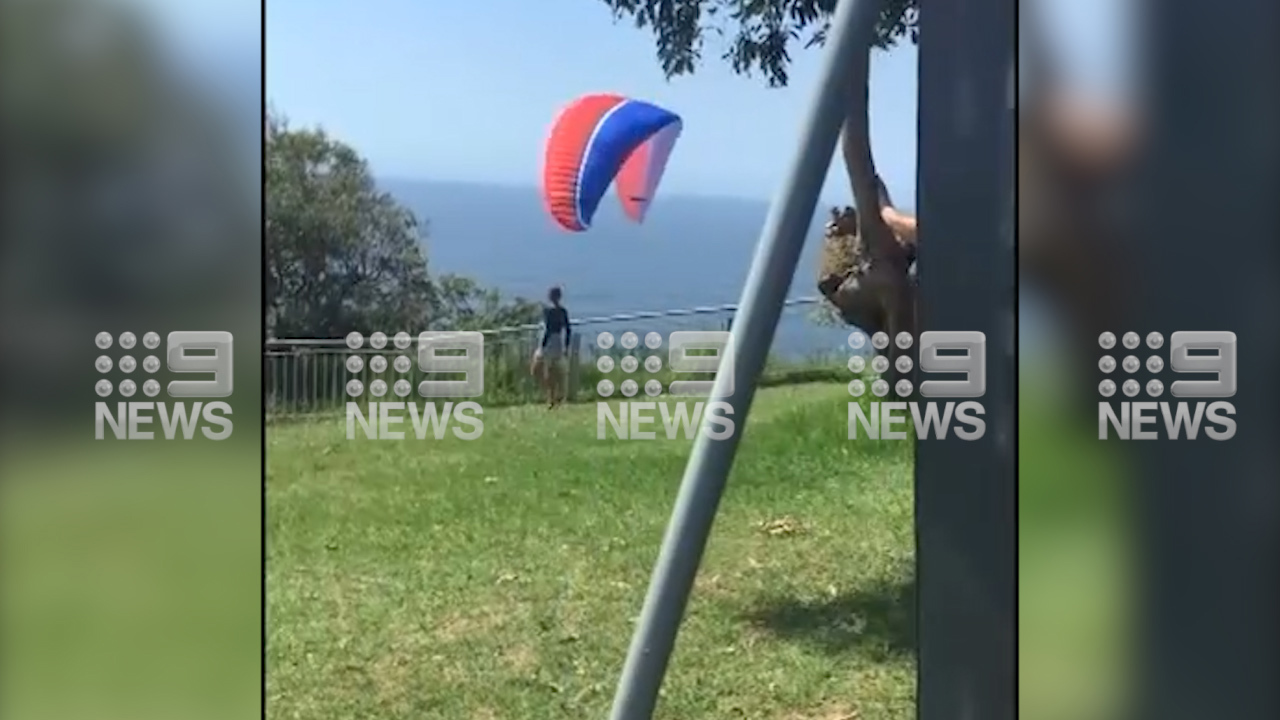 Rescuers had to descend down the cliff face to rescue the man.

Lifting him to the top of the cliff took up to 90 minutes, an Ambulance NSW spokesperson said.

He was taken to Royal North Shore Hospital with leg and pelvic injuries. 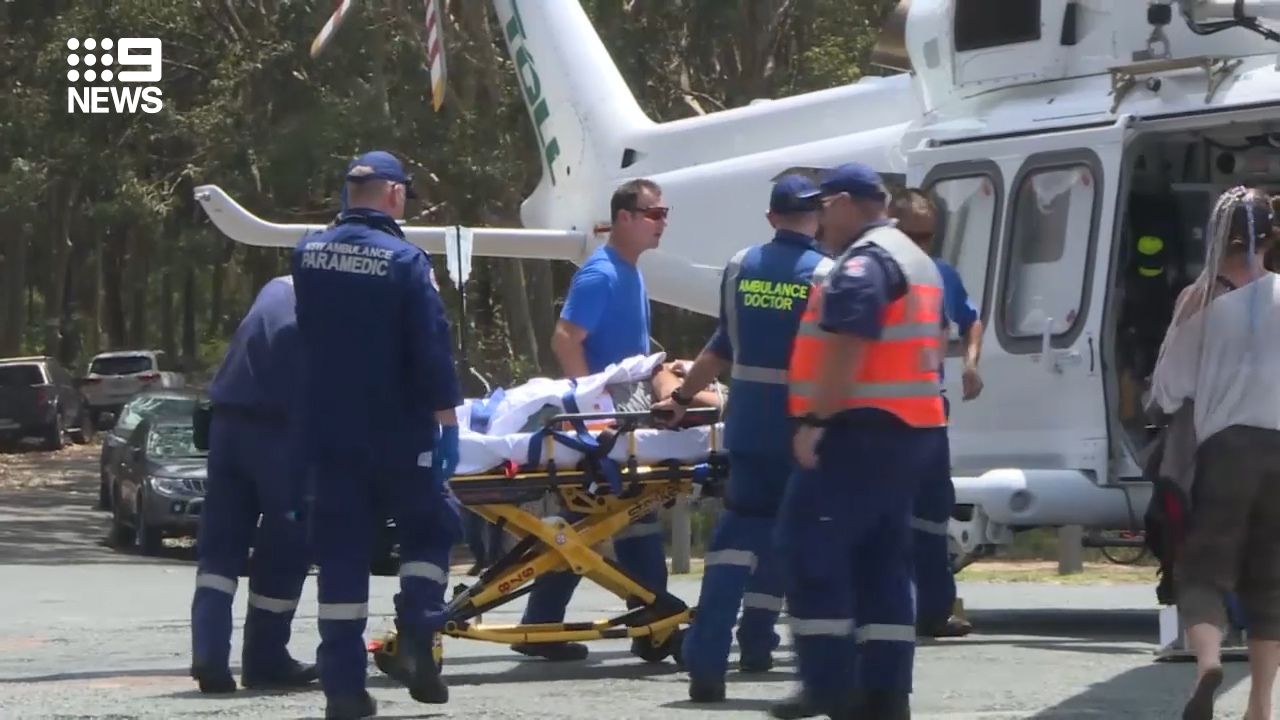 He is currently in a stable condition.

It is the second big emergency rescue this week on the Central Coast, after a chainsaw worker at Jilliby had his leg crushed by a falling tree.