Vision has emerged showing the heroic efforts of police officers who saved a grandmother from a burning house in Perth’s south-east.

Vision has emerged showing the heroic efforts of police officers who saved a grandmother from a burning house in Perth's south-east.

The dramatic scenes — including officers leaping fences and plunging into choking smoke — played out on Hemingway Drive in Camillo at about 7.30pm yesterday.

The grandson of 54-year-old Dianne Weller had just moved in with her. His father told 9News he saw the flames and feared the worst. 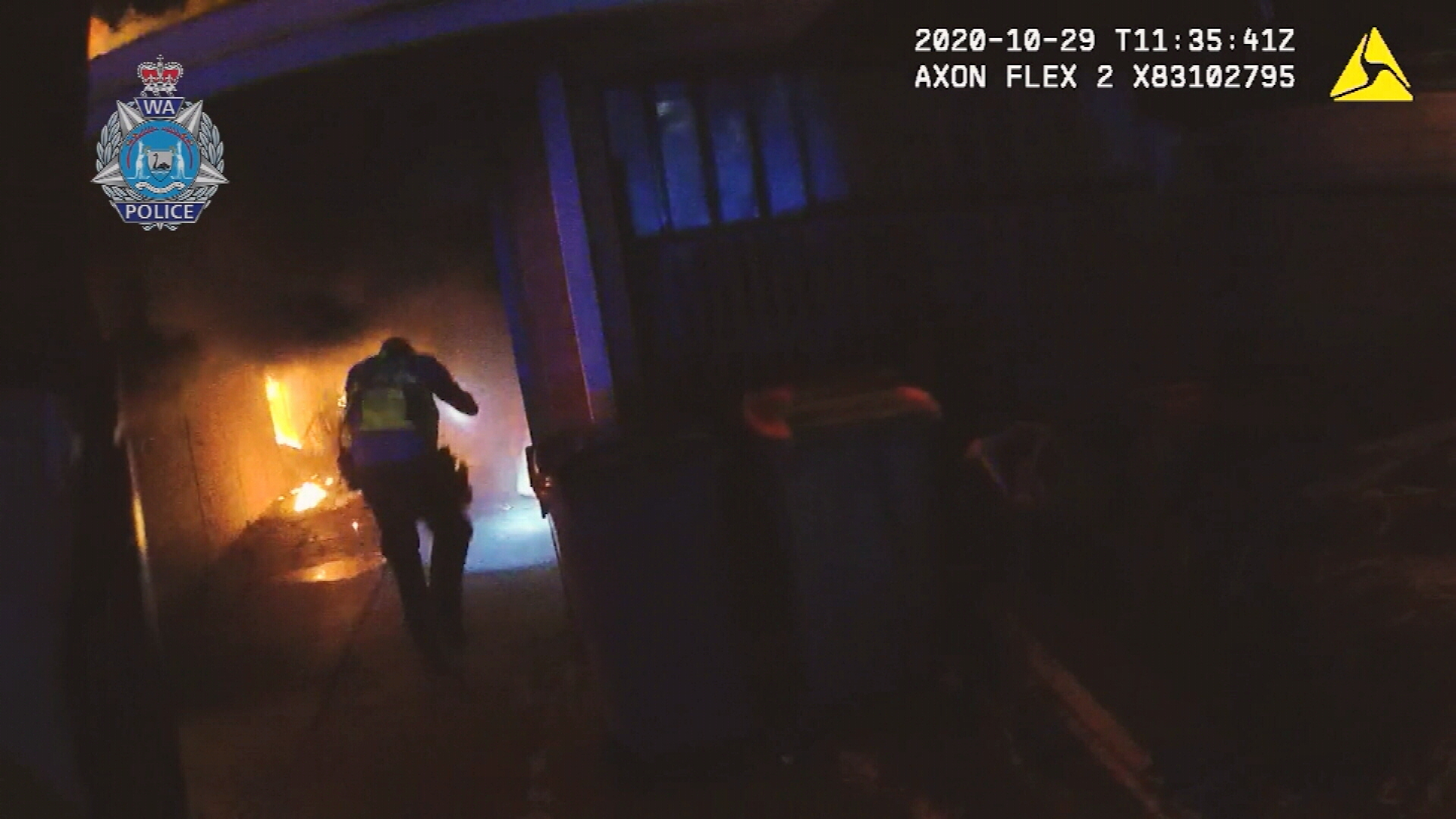 "I didn't even know he was at a mate's at that time, so I was just praying more than anything," he said.

"Makes your heart knot up."

He praised the "miracle" police work that got his mother-in-law Ms Weller out of the besieged backyard.

Ms Weller was today too shaken to speak on camera, but told 9News she'd been enjoying a drink outside when she heard a loud popping from the front of the house.

Ms Weller's house is insured but she said she had lost a lifetime of family photos and possessions.

Fire investigators said an extension cord wedged under the metal leg of her recliner created a hotspot after several months.