A police officer shown on video pushing a kneeling black woman to the ground during protests in the US has been suspended, with an investigation to come.

A police officer shown on video pushing a kneeling black woman to the ground during protests in the US has been suspended, with an investigation to come.

Fort Lauderdale police have suspended an officer after video showed he pushed a kneeling black woman to the ground during protests in Florida, escalating a clash where bottles were thrown and tear gas was fired.

Also in Fort Lauderdale, the state attorney's office fired a prosecutor Monday for calling demonstrators "animals" at the zoo in a quickly deleted Facebook post. In the officer's case, colleagues quickly pushed him away from the woman and down the street Sunday.

Police and city officials said it happened as a peaceful demonstration attended by about 1000 people was dispersing, and smaller groups broke some store windows and sprayed graffiti.

Police Chief Rick Maglione did not defend the actions of Officer Steven Pohorence, but said Monday that Pohorence pushed the woman after he and other officers had just rescued one colleague who had become surrounded and another from a patrol car that people began jumping on.

Mr Maglione said Pohorence's actions will be investigated by the Florida Department of Law Enforcement before an internal investigation is conducted. 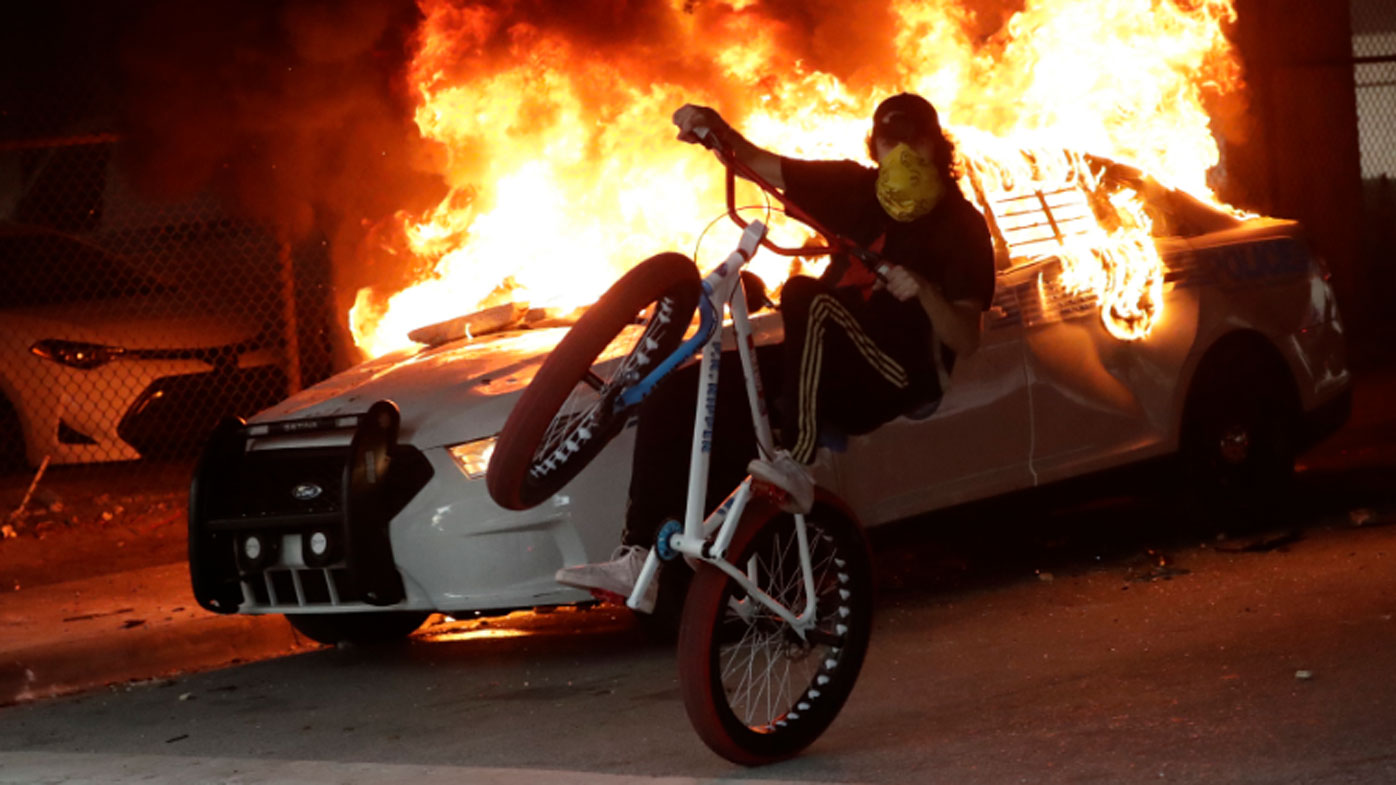 Mr Maglione said he understands why some believe the shove provoked the crowd to throw bottles, but he said there were people in the crowd with bricks, bottles, fireworks and other weapons who were hoping to start a fight with officers.

"I don't think (Pohorence's) action created what occurred," the chief said. But he said Pohorence's actions "could have added to what was going on", and he commended Officer Krystle Smith who pushed Pohorence away from the woman.

"She did what you are supposed to do: When you see either adrenaline or emotion or some kind of interaction going south ... that is our job to do, is intervene," he said.

Fort Lauderdale Mayor Dean Trantalis said he felt the Pohorence's actions were "offensive", and he's happy the department has suspended him.