Two women are lucky to be alive after their car sank in floodwaters on the NSW Far North Coast.

Two women are lucky to be alive after their car sank in floodwaters on the NSW Far North Coast.

Gill Sutherland and her niece, Hannah were travelling on a flooded strip of road in Nimbin this afternoon when the water levels increased, and their car was engulfed.

A car travelling behind the two women captured the terrifying moment on its dashcam. 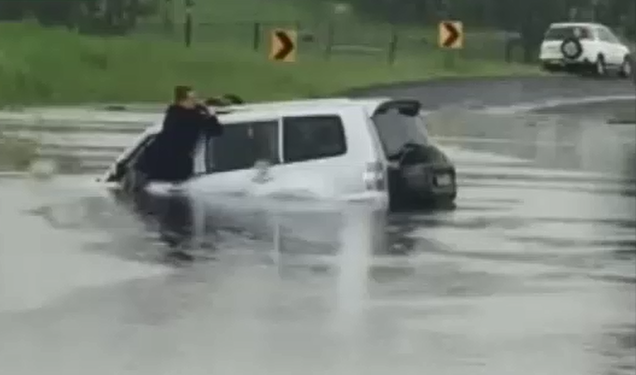 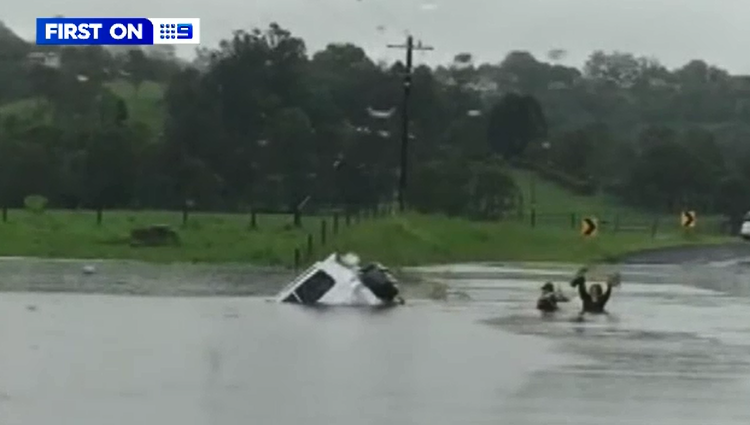 "Oh my god, they're actually stuck," a voice in the other car can be heard saying.

"Their car is sliding, they need to get out. We need to ring the ambulance."

In the footage, the two women can be seen scrambling out of the car's windows as it quickly sinks further under water.

While Ms Sutherland and her niece escaped unharmed, authorities are warning drivers not to risk driving on flooded roadways. 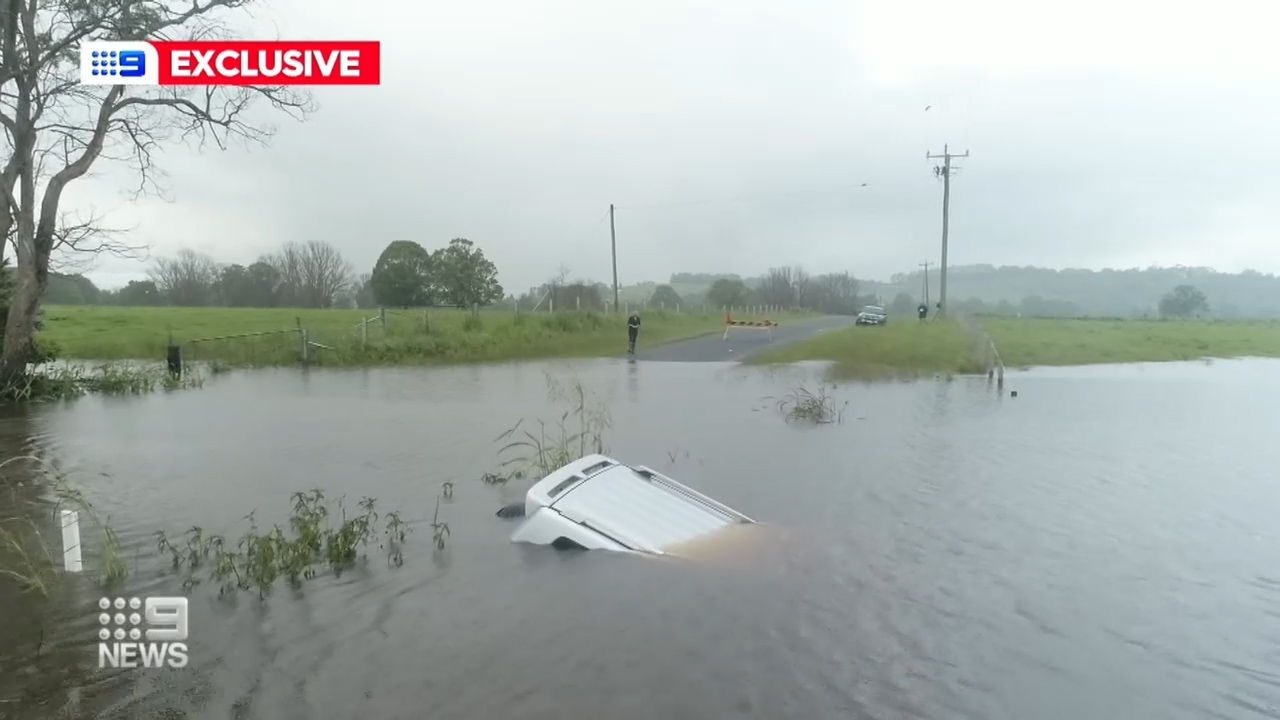 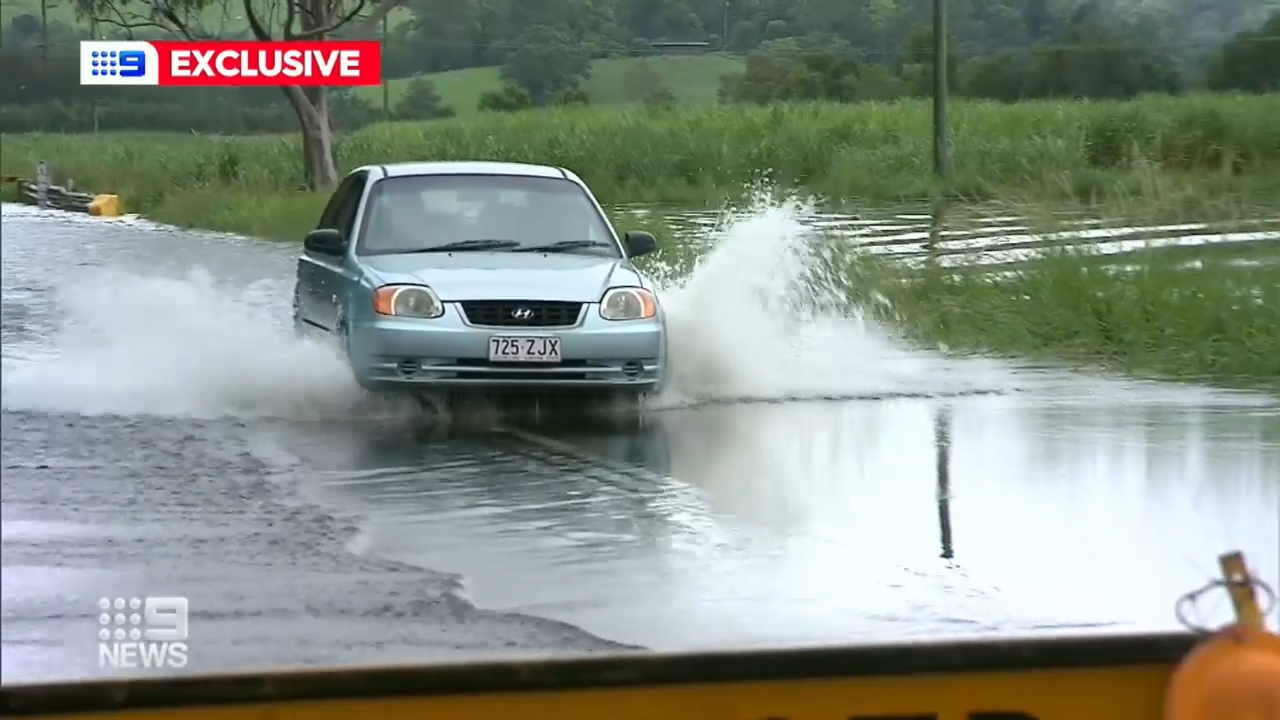 Of more than a dozen lifesaving rescues performed by NSW SES workers in the past 24 hours, almost all have been from drivers getting stuck in floodwaters.

"Most rescues were for motorists who decided to drive through floodwaters," an SES spokeswoman told 9News.

"If there is water across the road, find an alternative route."