The Kallaroo Road and Redwood Forest fires in the northern suburb of Piallago merged to create the Beard fire, spanning 424 hectares on Thursday afternoon.

The fire is burning within containment lines and has been downgraded from an emergency warning to watch and act level.

Canberra's airport has reopened with Qantas operating a limited service, but Virgin, Tiger and Singapore Airlines cancelled flights for the rest of the day.

ACT Fire and Rescue Chief Officer Mark Brown said firefighters and water-bombing helicopters would continue to work on the fire into the evening. 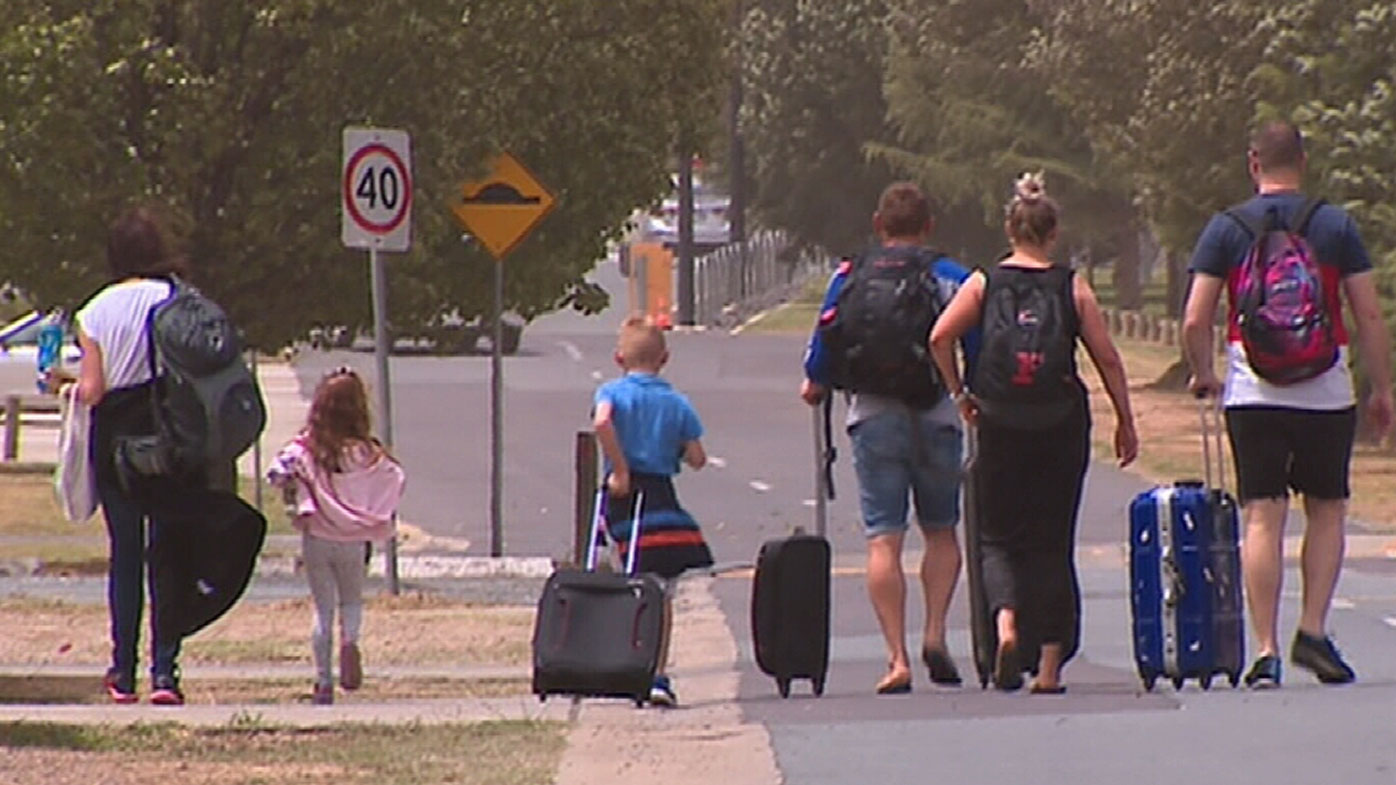 "It's burning well within containment lines and we have a large number of crews actively patrolling that fire," he told reporters.

A fire is burning at a recycling centre in Beard which earlier produced dangerous levels of thick, black smoke which will reduced visibility and air quality.

Mr Brown said the situation had improved at the recycling plant.

"The smoke plume has reduced significantly and firefighters will continue to work on that fire for the next few days," he said.

People in Beard, Harman, Oaks Estate and Crestwood are being told to stay inside to avoid the dangerous smoke. 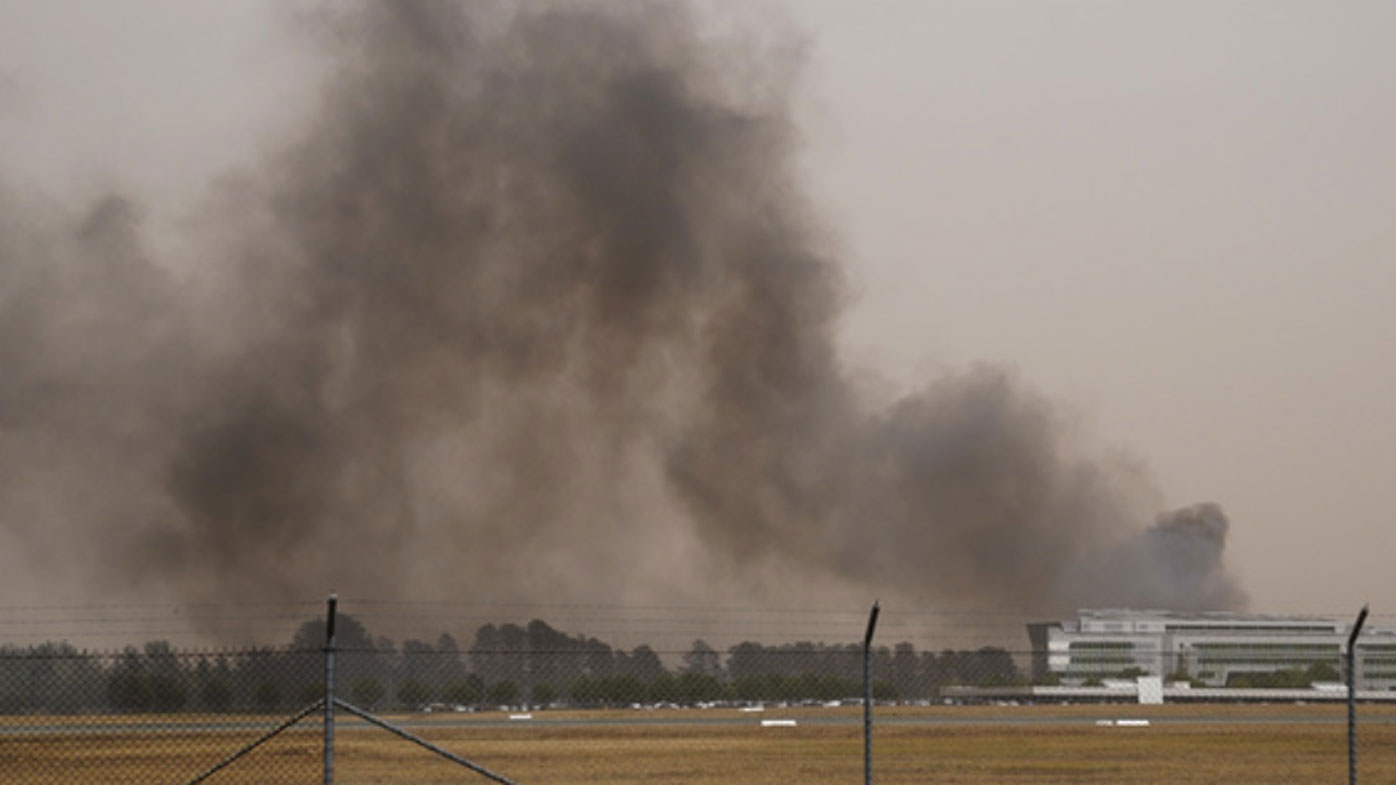 People in Pialligo and Brindabella Business Park, near the airport, have been advised to stay up to date and monitor conditions.

There are unconfirmed reports of building damage, the ACT Emergency Services Agency said.

The ESA's website was down for much of the afternoon because the service provider had an outage affecting sites across southeast Australia.

READ:  China warns of consequences over ‘malicious’ US Uighur law

Chief Minister Andrew Barr said the issues leading to the website failure would be reviewed after the fires.

"Undoubtedly, we would want greater reliability for such an essential communication tool," he said.

"The winds are abating and will be much lower tomorrow," he said.

Friday will not be a total fire ban.

Earlier, the ESA reported a firefighter had suffered minor injuries before being treated and continuing to fight the fire.

The blaze started on Wednesday but strong winds and high temperatures saw conditions in Canberra deteriorate.

Canberra's state of alert will continue through to the end of the Australia Day long weekend.

"We look forward to conditions easing somewhat, but clearly we will remain on alert through the next 24 hours and over the long weekend," Mr Barr said.