When Georgia Smith started feeling overly tired, she put it down to jet lag related to her job as an international flight attendant.

When Georgia Smith started feeling overly tired, she put it down to jet lag related to her job as an international flight attendant.

She was flying around the world to destinations including Hawaii, Singapore and Hong Kong for a national airline - plus was a busy mum of two.

And while the 49-year old from Sydney's Northern Beaches had a cough and noticed she seemed more out of breath than usual while doing her high intensity fitness classes, she shrugged those symptoms off too.

READ MORE: 'It's stark': Woman diagnosed with breast and lung cancer in the same year describes the contrast between how she was treated 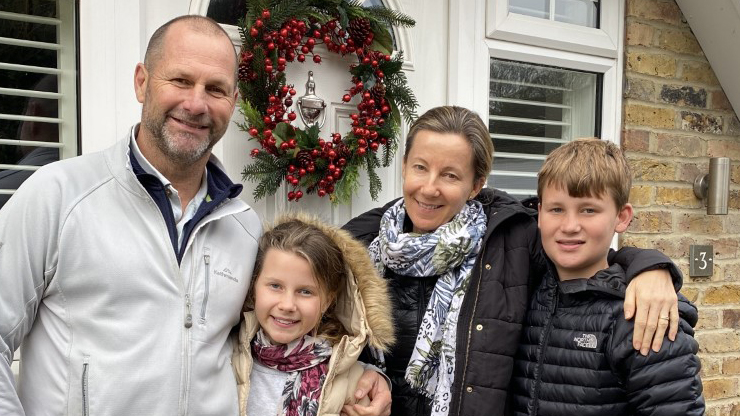 It was only when she mentioned them to her GP at a routine appointment, that she discovered that she actually was drastically ill.

The x-ray the GP sent her for, showed she had lung cancer.

"It was a complete shock," she told nine.com.au.

"It was the last thing on my mind.

"I was tired and I was skinny but I put that down to running around after the kids, shift work, going to the gym doing high energy classes and the jet lag." 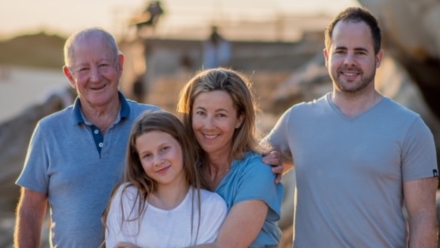 Mrs Smith was sent on to specialists who confirmed the details with more tests.

She was told she had a tumour in her left lung.

She admits she struggled with the news - and telling her children, Bonnie, 12, and Tully, 14 , was "devastating."

READ:  These footprints may shed light on an ancient mystery

"I spiralled down," she said.

"For six months I was trying to pick myself up."

While her cancer is now classed as stage 4, it has not spread beyond her lungs.

And thanks to daily medication, known as targeted therapy, her prognosis is now brighter. 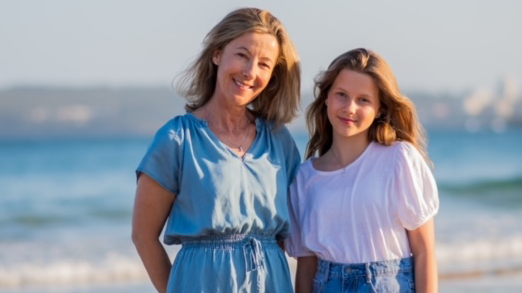 Targeted therapy is type of drug treatment that attacks specific features of cancer cells, known as molecular targets, to stop the cancer growing and spreading, according to the Cancer Council. But it doesn't work for everybody.

"I'm living with it, and I want to be a survivor," Mrs Smith said.

"I've gone from curable to terminal to treatable.

"My prognosis now is good."

Mrs Smith is part of a new campaign urging people to seek help if they have any lung cancer symptoms, such as a cough.

'What if your cough isn't just a cough?' has been launched by Lung Foundation Australia.

Its research shows one in three Aussies would not act on a new, persistent cough lasting more than three weeks- a key symptom of lung cancer.

"A cough is only one of a number of potential symptoms of lung cancer. Others include breathlessness, fatigue, pain in the chest, coughing up blood, and weight loss," he said.

"If you notice any new, persistent or changed symptoms speak to your GP.

"This is particularly important if you have any risk factors such as history of smoking, occupation exposure to asbestos, dust or chemicals, or if you are aged over 40."

Mrs Smith urged people not to ignore such symptoms, and to push for tests like x-rays.

"I just want to save one person," she said.

"The earlier this is diagnosed, the better the outcomes will be." 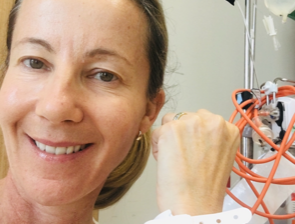 She also has a message for people who think lung cancer only affects smokers or former smokers.

One in three women and one in 10 men diagnosed have never smoked, according to the Lung Foundation Australia

"Anyone with lungs can get lung cancer," she said.

Mrs Smith is now hoping international travel put on hold by the coronavirus pandemic will resume soon so she can return to the job she loves.

Lung cancer kills more Australians than any other type of cancer.

Less than 20 per cent of patients are alive five years after diagnosis, but being diagnosed early can make a huge difference.

Lung cancer received less than a quarter of the funding cash given to breast and colon cancer research between 2011 and 2016, according to Cancer Australia.

One in three women and one in 10 men diagnosed have never smoked, according to the Lung Foundation Australia, but the disease still carries a stigma.

• Persistent or unexplained cough which lasts more than three weeks, or changes to an existing cough