The modular pods, that cut down on both time and costs, are now gaining in popularity across the building industry.

A new Gold Coast terrace home has been constructed off site at Yatala and then craned into suburban Southport today.

The modular pods, which cut down on both time and costs, are now gaining in popularity across the building industry.

The owner of the land, Natashya Twohill, together with her builder, needed to come up with a way to work with the very unique and small block. 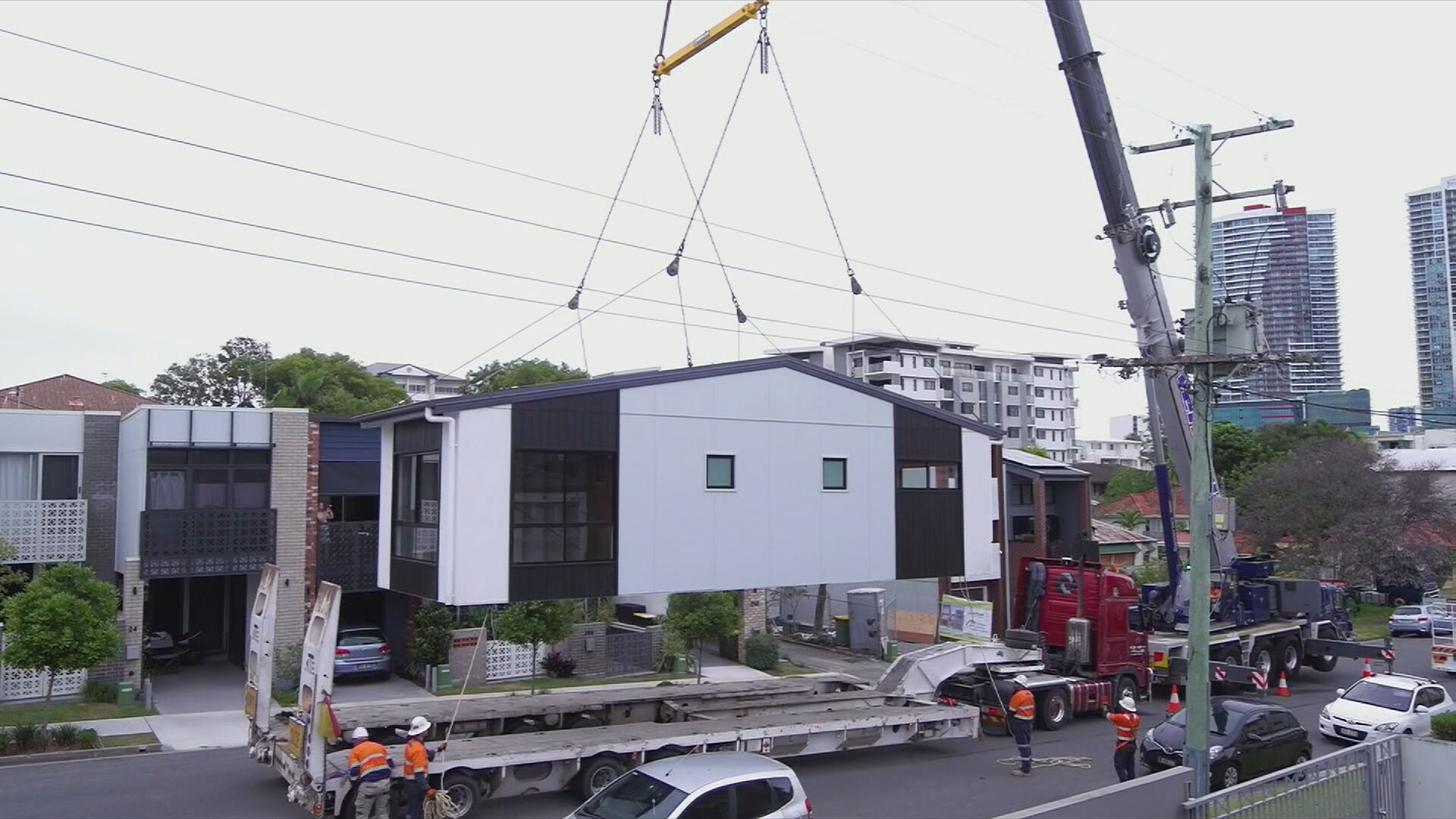 "When you're building you need some area for deliveries for everything to be assembled and they just didn't have that area."

They turned to a modular build to construct the second and third floors offsite at Yatala, before trucking the modules down the M1 and lifting them into place within a matter of hours.

The modular build worked out faster and cheaper than similar neighbouring properties, with designs starting from around $250,000 for a four-bedroom without the land.

"This is the first time we've done this but we think there's a cost saving structure of about 10 to 15 per cent," builder Paul Eagles told 9News.

"It reduces the construction time by about two to three months on site because that construction is done elsewhere."

The interior fixtures and fittings will now be put in place, with handover expected by March.