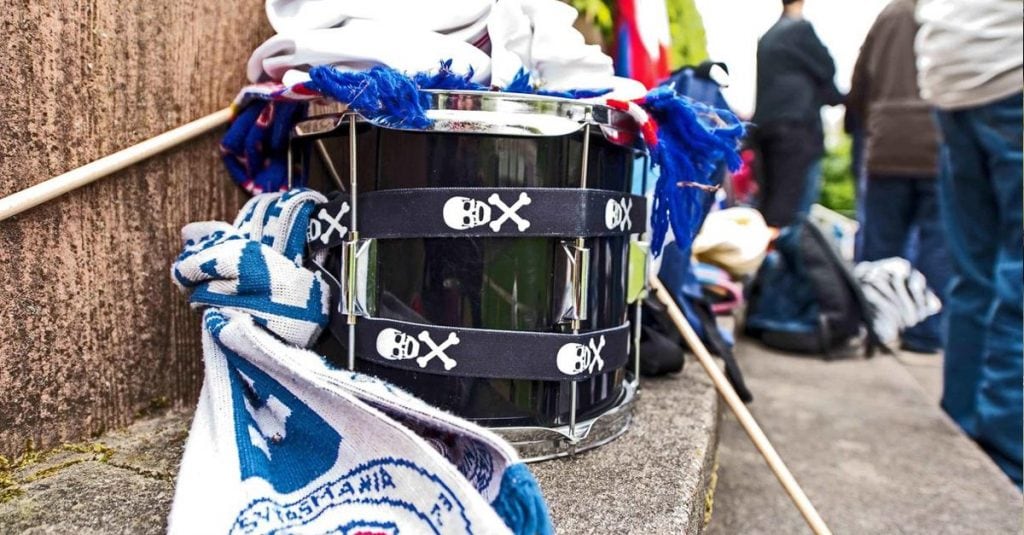 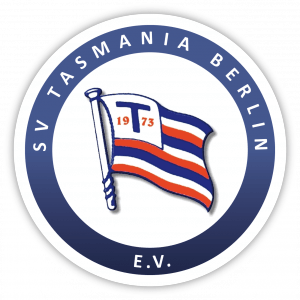 SV Tasmania Berlin is a German football club based in Berlin-Neukölln, Germany, who currently play in the NOFV-Oberliga Nord (V).

The present incarnation dates from 1973, though the lineage goes back to 1900 with the formation of  SC Tasmania 1900 Berlin. It is believed the founders of the club were about to migrate to Australia at the end of the 19th century, so they named their club after their shared desired destination. 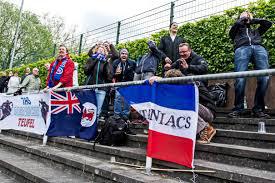 For most of its history it has haunted the lower divisions, save for a fateful season at the top level in 1965-66.

It is often known simply as Tasmania by its fans, who are in the habit of using the Tasmanian state flag as a supporter flag. And they like to call themselves Tasmaniacs!

These days Berlin Tasmanians must make do with the excitement of German football’s fifth tier. Attendances average around 100, despite the 4,500 capacity Sportpark Neukoelln at which the club still plays its home games.

The club has adult men’s teams from serious through to social, as well as women, juniors and futsal.

Neukölln, the club’s traditional home, is located in the southeastern part from the city centre towards Berlin Schönefeld Airport. It was part of the former American sector under the Four-Power occupation of the city during the time of Germany’s division into East and West.

The rise and fall of Tasmania Berlin 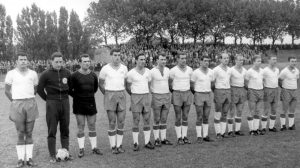 At the time they entered the Bundesliga in the 1965-66, Tasmania were neither one of the top sixteen clubs in the country, nor indeed the strongest that West Berlin had to offer. Hertha’s enforced relegation had caused havoc with regard to the politics of Berlin’s participation in the Bundesliga.

The next best club from the city, Tennis Borussia Berlin, had narrowly missed out on promotion through the play-offs, and the side just behind them, Spandauer SV, decided, somewhat fatefully, against accepting a circumstantial promotion. Tasmania, who were the next in line in terms of the table, were given their chance. “It was a farcical promotion, facilitated by a farcical relegation, which would lead, in turn, to a farcical season,” comments German football writer Kit Holden.

Tasmania broke more unwanted records in their season-in-the-spotlight than they won games. A grand total of 2 victories and 28 defeats, a final goal difference of -93, and, under the then system of two points for a win, a meagre 8 points. They still hold the record for consecutive home losses, longest winless streak, and suffered the heaviest defeat in Bundesliga history (9-0 away from home to Meidericher SV). Their top scorer for the season only notched four goals.

These days the diehards still dream of progress up the divisions and won a promotion in 2018-19. TB are finding it hard though in their first season back in the NOFV-Oberliga Nord, currently sitting just 3 points above the relegation zone. With 14 games remaining however there is plenty of time for the Tasmanians to climb the table.