Men arrested in connection to an international cocaine syndicate.

An acquaintance of disgraced cop and convicted murderer Roger Rogerson, Kevin Theobald has been arrested in connection to an international cocaine syndicate.

The 61-year-old, who once survived being shot by hitman Christopher Flannery, was arrested at his Condell Park home as part of a federal police investigation into 188 kilograms of cocaine seized by Australian authorities in 2019.

During pre-dawn raids police also arrested four other men including former property developer Ray Dumbrell in Sydney and three other men from Lindfield, Strathfield and Luddenham. 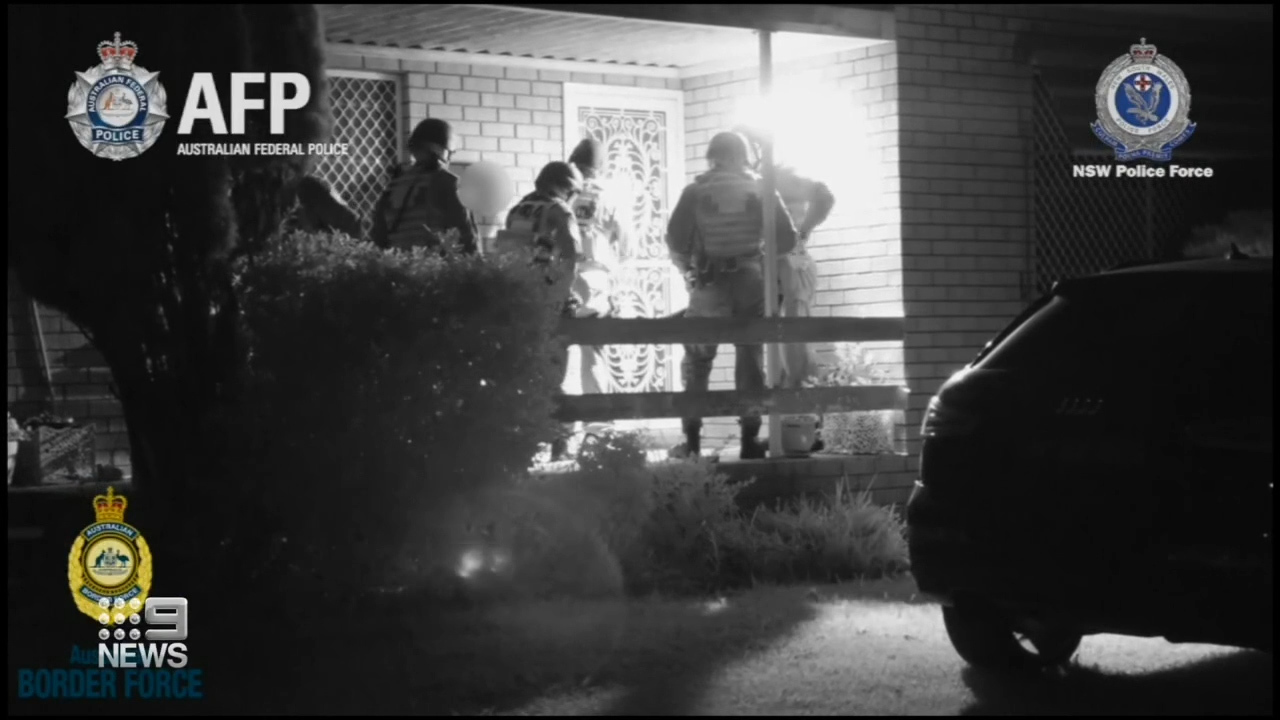 A sixth man is also to be served a court attendance notice after an extensive international multi-agency investigation.

Police allege the group are part of a transnational criminal syndicate with plans to distribute cocaine throughout Australia after it was supplied by a Mexican drug cartel disguised as a metal consignment.

Police shared images of the cartel allegedly hidden in a shipment of aluminium alloy ingots.

"The investigation was launched in February 2019, after Australian Border Force officers at a Sydney Container Examination Facility found anomalies in a bulk metal consignment sent from Mexico," police said.

"Their examination allegedly identified blocks of white powder concealed in well-constructed, hollowed-out sections of 188 of the 1890 aluminium ingots stacked on the pallets.

This amount of cocaine has an estimated street value up to $47 million, with the potential to provide up to 940,000 individual street deals of cocaine.

READ MORE: Woman claims she was fined for scratching her face 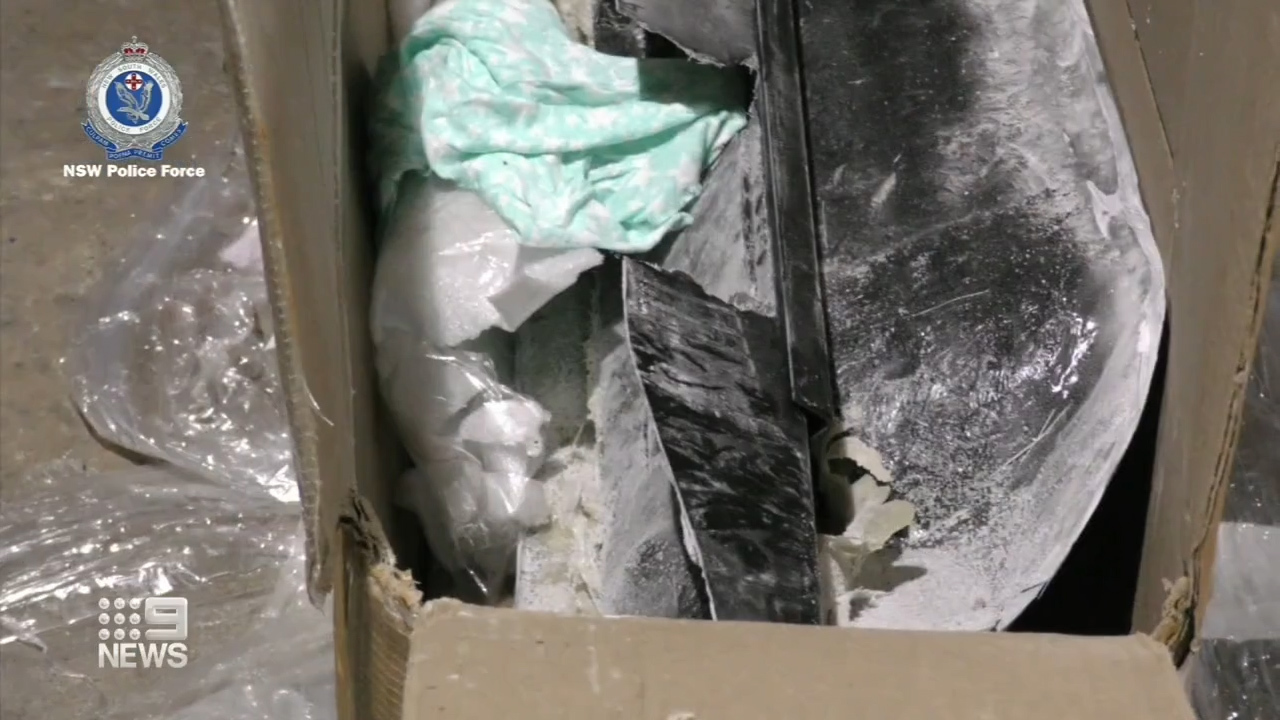 During this morning's raids, police seized cash, various items of jewelry, multiple electronic devices, and approximately 80 ingots from the cocaine shipment stored at a warehouse in Villawood.

AFP Commander Kirsty Schofield said Australia was "very attractive to cartels because of the demand for cocaine and high prices we pay".

Police allege this syndicate set up a company in NSW which had as similar name and corporate identity to a legitimate European business in an attempt to avoid scrutiny from police. 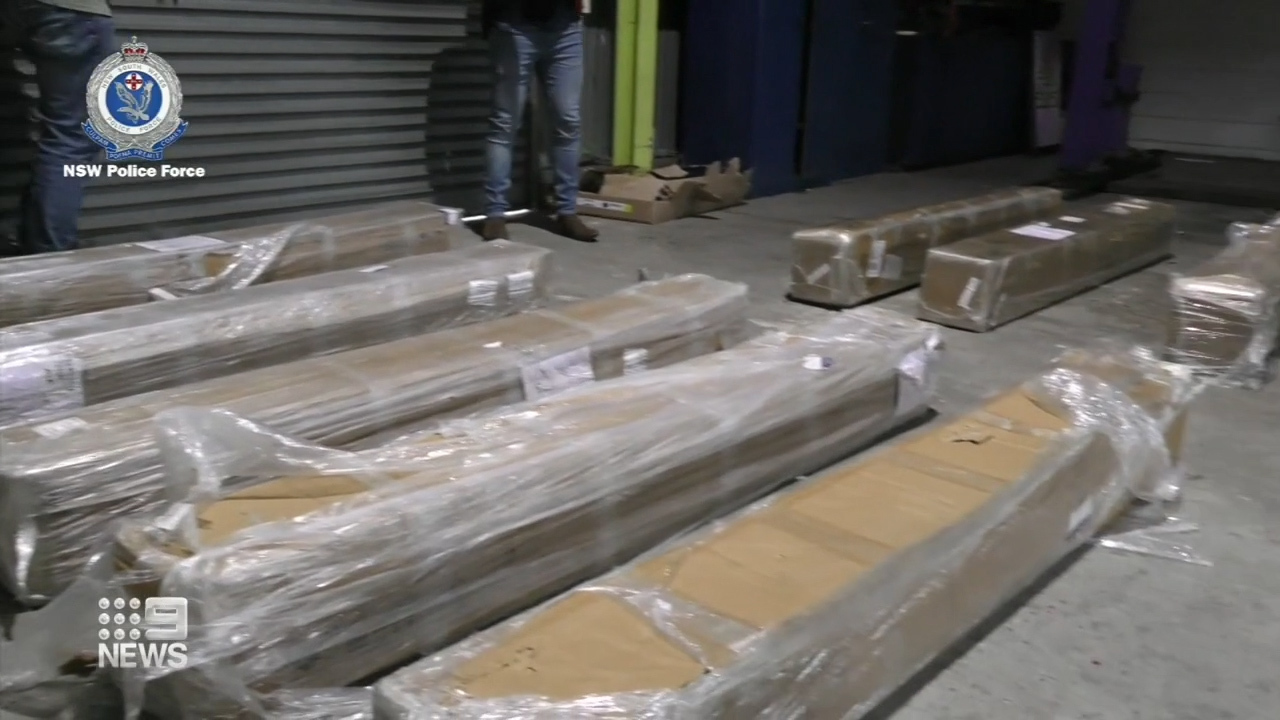 The men will all face court in coming days.