A rescue helicopter located the wreckage of the plane on Quintell Beach, east of the Lockhart River Airstrip, about 1.20pm. 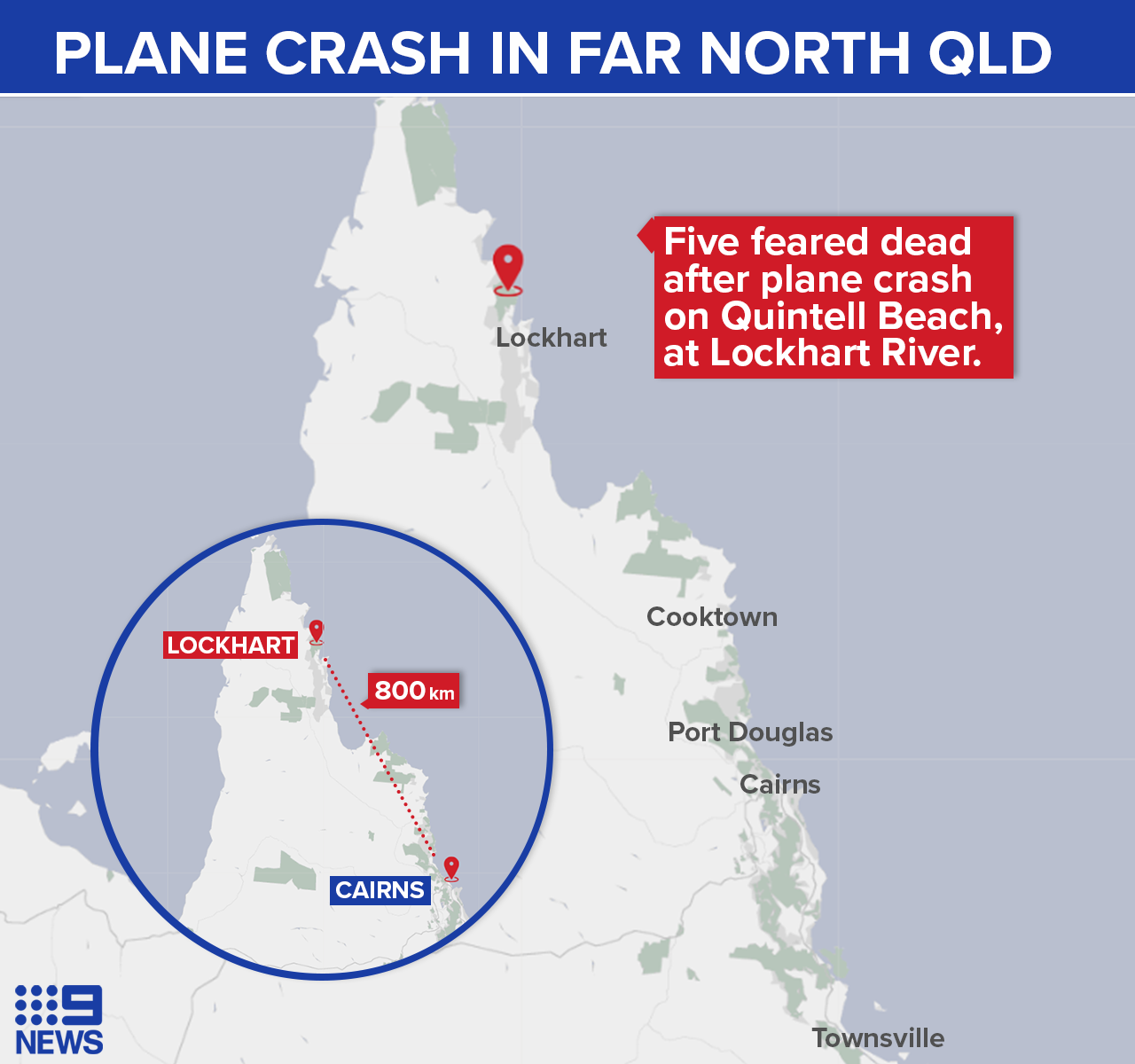 Police said emergency services were called to search for the missing Cessna 404 twin-engine about 11.30am.

Two rescue helicopters were then tasked by the Australian Maritime Safety Authority from Cairns and Horn Island.

AAP understands the aircraft belongs to Perth-based charter company Aerohire and the registration number is VH-OZO.

The aircraft was enroute to Lockhart River Airport after departing Cairns Airport at 7.18am (AEST), according to online flight tracker Flight Aware.

The website has since removed data showing the flight landed and then departed Lockhart River Airport at 9.45am.

An aviation source told AAP the flight made one missed approach, possibly more, before going down. They said the site where the wreckage was found was consistent with the flight path of a plane that had made a missed approach.

Lockhart River is a small town on Cape York, 800km north of Cairns.

The region is experiencing high winds and flooding rains due to a tropical low that is expected to develop into a cyclone over the Coral Sea at the weekend.

With reporting by AAP.

READ:  'Wait of the world': How globe's papers are reporting US Election