The next group of coronavirus evacuees expected from Wuhan will be quarantined at an old mining camp near Darwin.

A second Qantas flight to rescue Australians stranded in Wuhan, China amid the coronavirus outbreak is now en route to Darwin.

The next group of coronavirus evacuees expected from Wuhan will be quarantined at an old mining camp near Darwin.

Passengers will be sent to the Manigurr-ma Village at Howard Springs, 30km from Darwin, with Christmas Island currently unable to house another couple of hundred evacuees. 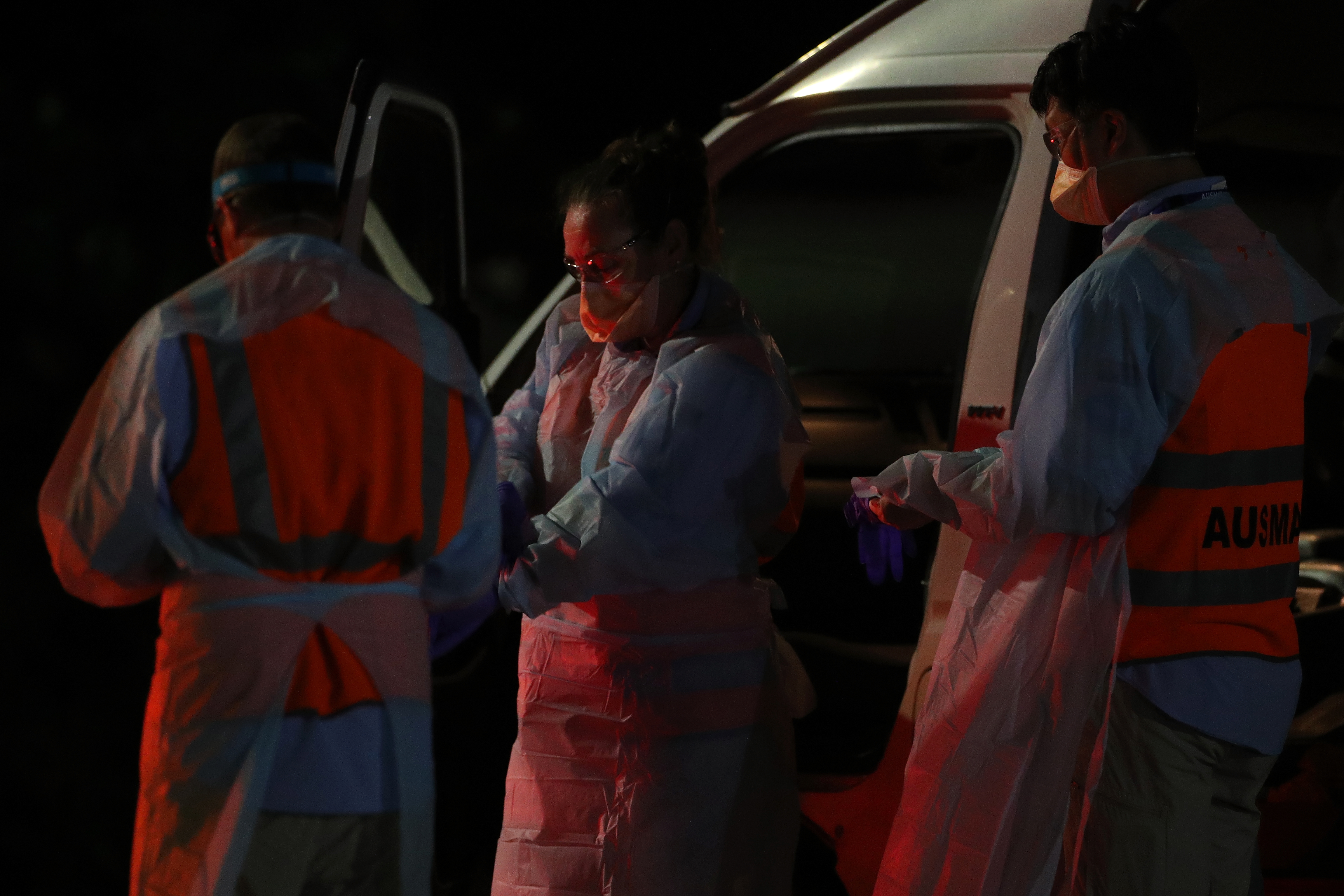 Roughly 260 Australians will be on board the flight and health officials are stressing those being evacuated are not sick or showing any symptoms however must be quarantined as a safety measure to prevent the further spread of virus.

The passengers will be screened a total of five times – once before they leave China, twice on the flight, then at the RAAF Base in Darwin and again when they arrive at the quarantine site.

Anyone found to be unwell on arrival at Darwin will be taken directly to hospital where they will be quarantined, according to the joint statement from Home Affairs Minister Peter Dutton, Health Minister Greg Hunt and Australia's Chief Medical Officer Brendan Murphy.

Professor Murphy said those staying at the Howard Springs facility were unlikely to become infectious and their health would be closely monitored.

"It is important people living in and around Howard Springs know the novel coronavirus can only be transmitted by close contact with an infectious person and cannot be spread through the air," he said. 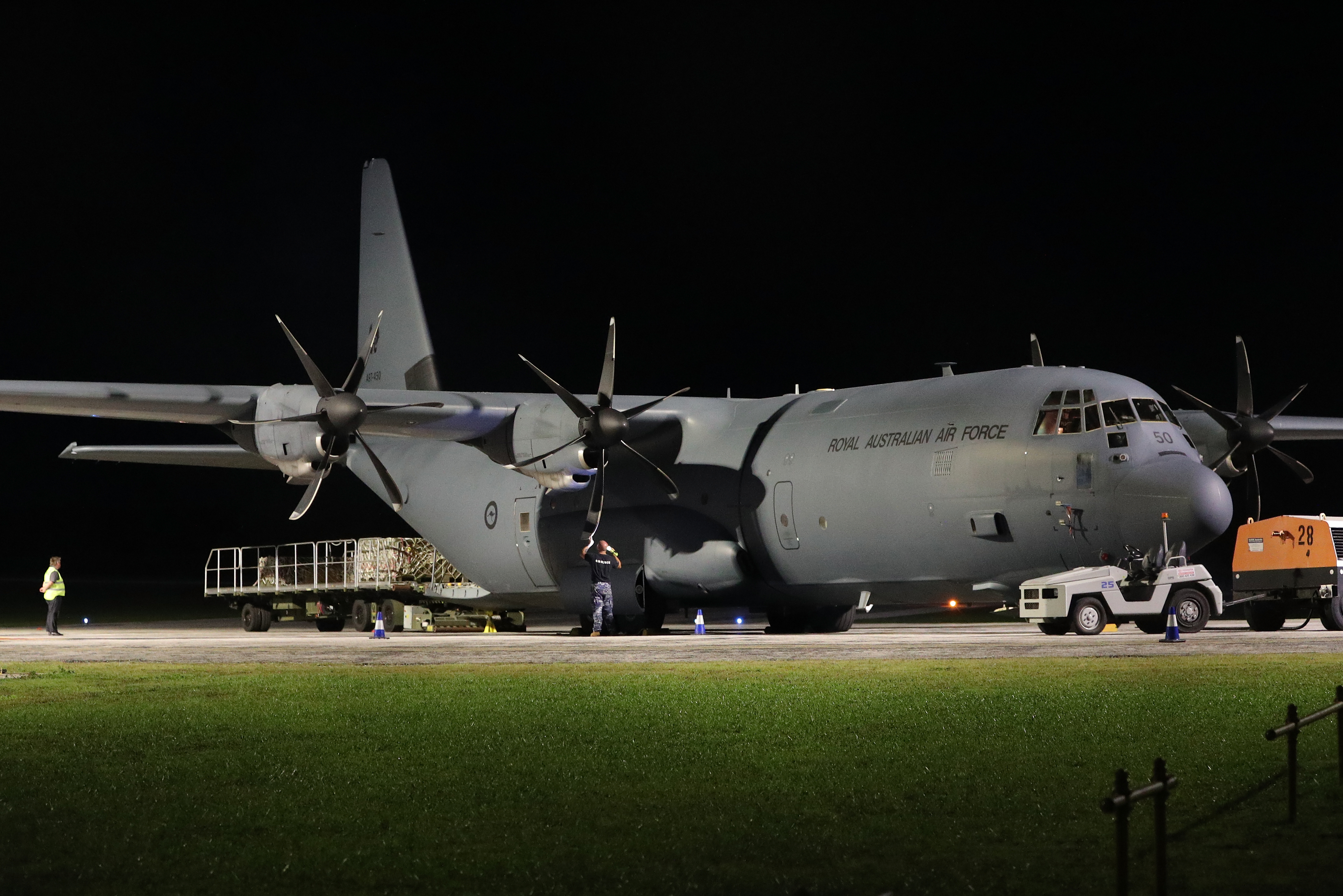 "The health and safety of the Howard Springs community is of paramount importance and I am confident the security and public health measures put in place will prevent any risk to the community's health."

Residents in Howard Springs have raised concerns about the location of the site being so close to homes however officials have reassured locals there is no danger.

Prime Minister Scott Morrison has warned people not to assume further evacuation flights will be possible, either from Wuhan or mainland China.

The first busloads of evacuees were due to arrive this morning, however the flight was delayed because clearance for it was not secured by China.

The next two to three weeks will be crucial as to the financial impact on Australia's universities from blocking overseas Chinese students from higher education in response to the coronavirus, Education Minister Dan Tehan says.

He told Sky News on Sunday at this stage it is still very much uncertain as to how the virus is going to continue to spread and the impact it's going to have.

"It really is just watch, wait and see," he said.

"But really, the next two to three weeks I think is going to be absolutely crucial as to where we go and what the ultimate impact will be."

Mr Tehan agreed there will be a "significant impact" if the Chinese students missed the whole of the first semester.

Fears children may be carrying the coronavirus

Samples from a child evacuee on Christmas Island have meanwhile been sent to Australia for urgent testing with concerns it could return positive for the deadly coronavirus.

Doctors and nurses inside the detention centre on Christmas Island caring for Australians evacuated from Wuhan have sent the samples from a young girl to the mainland as a precautionary measure.

It is the first time a sample has been sent to Australia. 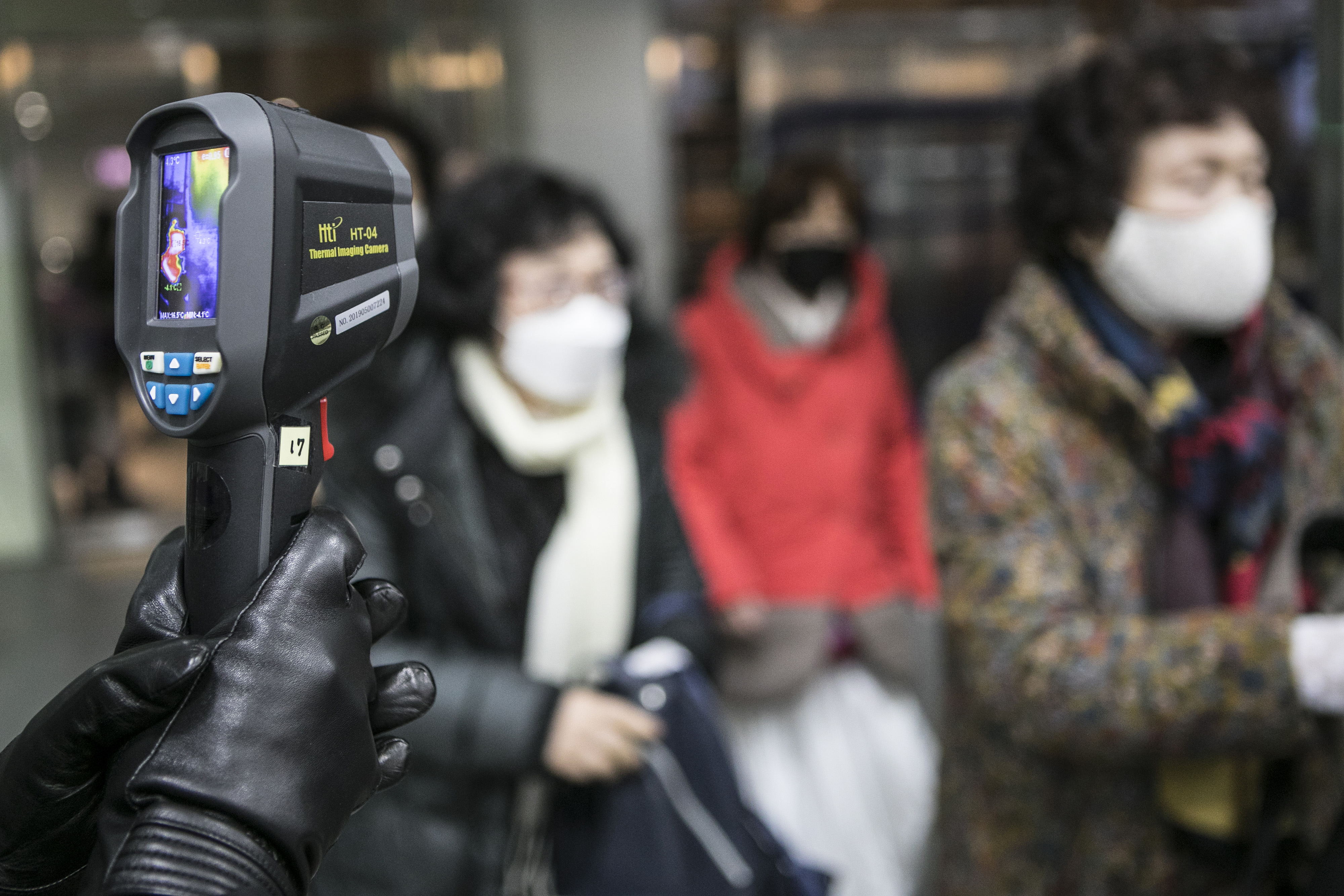 The sample was put on a plane yesterday and results should be confirmed within the next 24 to 48 hours.

A new quarantine site for more evacuees from China has been set up in Howard Springs in the Northern Territory.

The total number of confirmed cases in Australian remains at 15, while the global number has risen to 31,530.

The total number of deaths has now risen to 638. The number of people who have successfully recovered is more than double, currently sitting at 1,764 worldwide.

Even in the epicentre of the outbreak, in Hubei, the number of recoveries has surpassed the number of deaths, with 867 people successfully cleared after contracting the virus.

Demand for masks, gowns, gloves and other protective gear has risen by up to 100-fold and prices have soared due to the coronavirus, producing a "severe" disruption in global supply, the World Health Organisation chief says.

The situation has been made worse by people who are not medical workers buying the protective gear for their own use, Tedros Adhanom Ghebreyesus said on Friday. 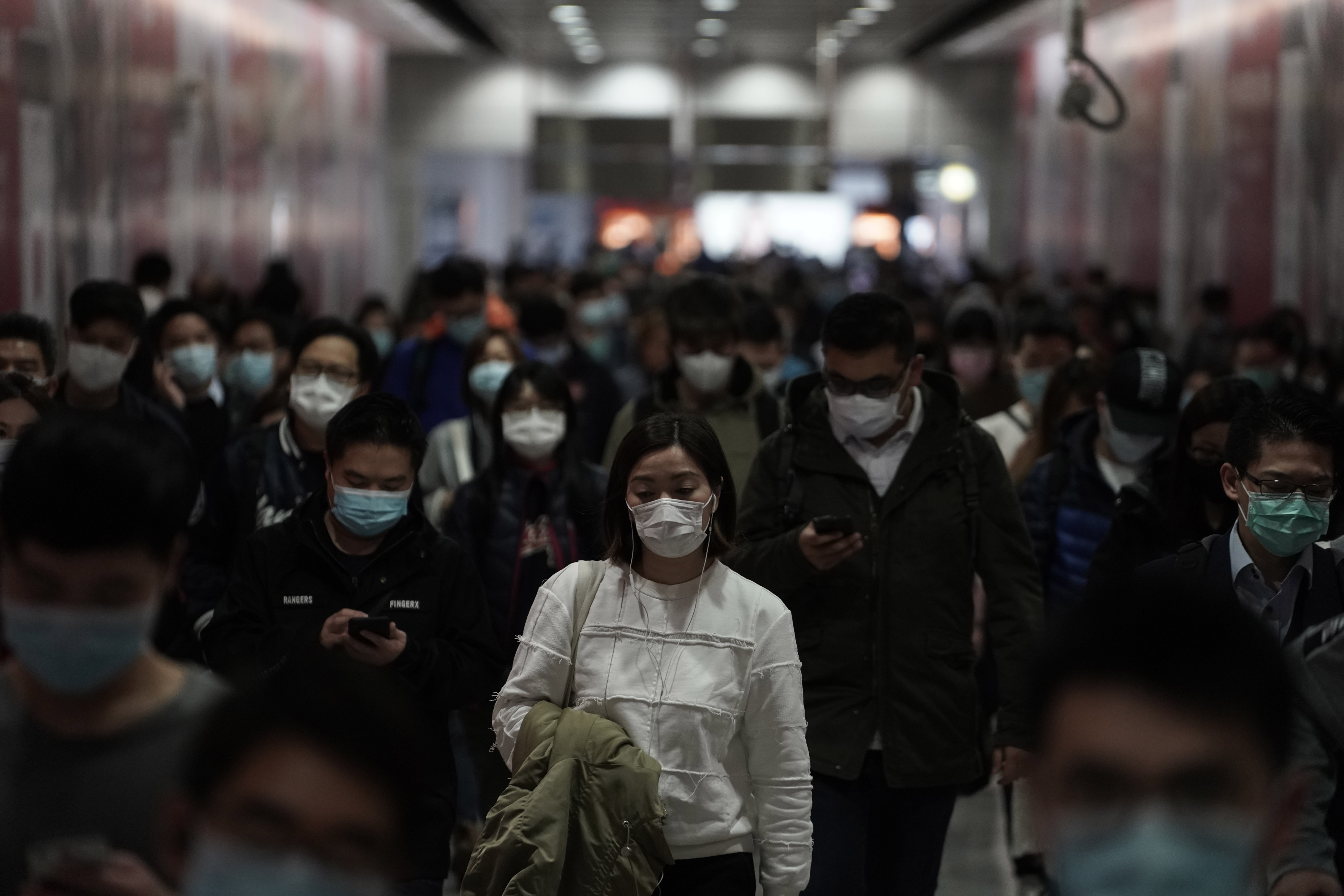 "When supplies are short and demand is high, then there could be bad practices like hoarding in order to sell them at higher prices, and that's why we ask for solidarity," Tedros told a briefing at WHO headquarters in Switzerland.

READ:  Fiscal repair left for future Budgets, or at least until after election

"Demand is up to 100 times higher than normal and prices are up to 20 times higher" and the rush has created supply backlogs of four to six months, he added.

Frontline health workers in China, where 31,211 confirmed cases of coronavirus have been reported, need the bulk of such supplies, he said.

Tedros said that he had spoken to manufacturers and distributors to ensure supplies for those who need them most, with health care workers a priority followed by the sick and those caring for them. 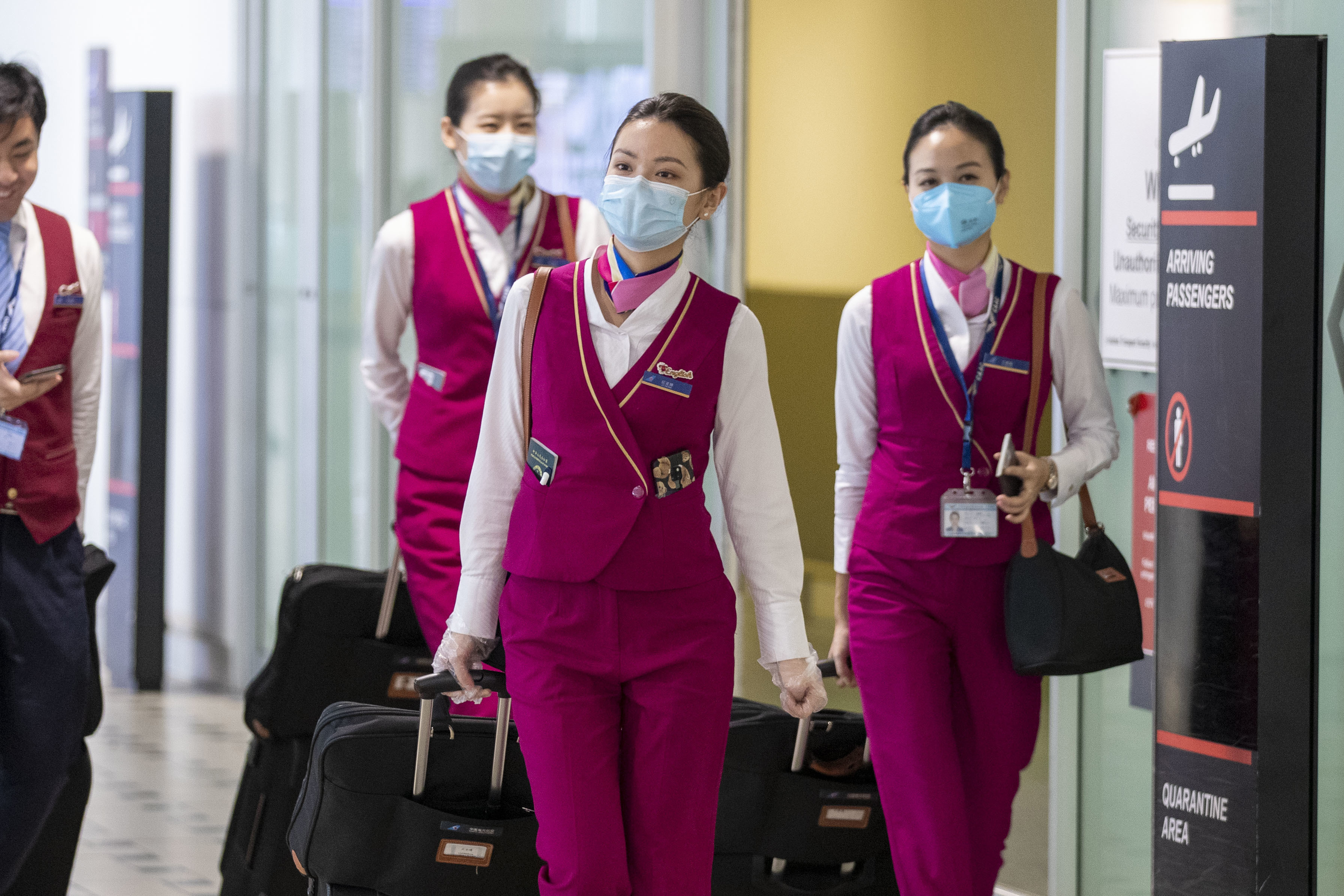 The WHO has sent gloves, masks, respirators and other "personal protective equipment" - known as PPE in its jargon - to every region, he said.

Tedros said that he had just spoken to the WHO's "pandemic supply chain network" which includes manufacturers, distributors and logistics providers to ensure that protective supplies reach those in need.

"We call on countries and companies to work with WHO to ensure fair and rational use of supplies and the re-balancing of the market. We all have a part to play in keeping each other safe."

The public and private network was focusing first on surgical masks because of the extreme demand and market pressures, Tedros said, adding: "We are appreciative of companies who have taken the decision to only supply masks to medical professionals."